Radical economic transformation is coming – with or without the ANC 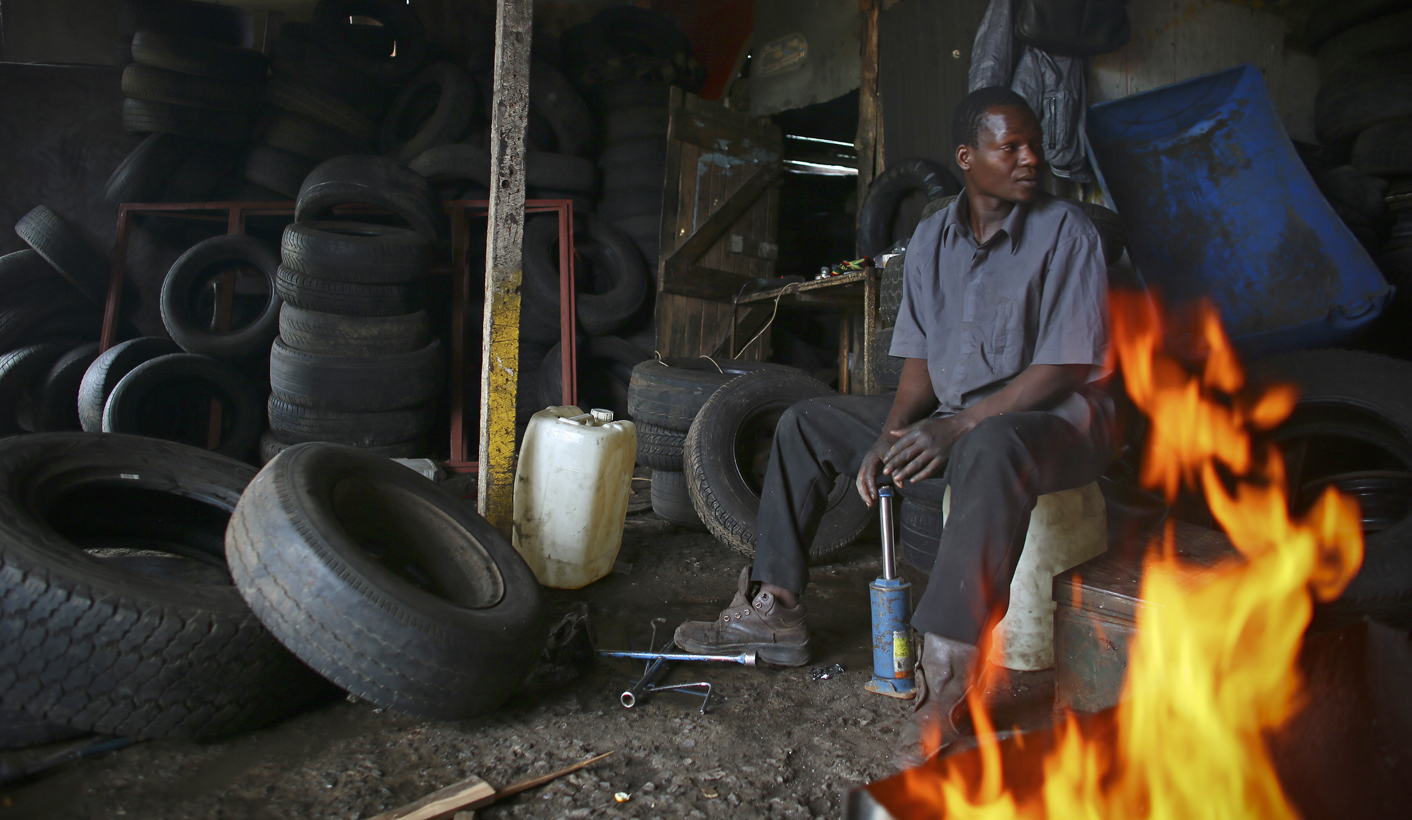 A joint sitting of Parliament on Tuesday in honour of Freedom Day put “radical economic transformation” back on the agenda. After being bandied about during the election period last year, talk of radical economic transformation had subsided somewhat and a constrained Budget did not allow for any dramatic investment in projects that could be construed as “radical”. But since the ANC’s election mandate is based on the promise of radical changes to the economy, it has to be brought back in vogue. The recent xenophobic attacks were a warning that the ANC had better start walking the talk, or something radical will happen – from the ground up. By RANJENI MUNUSAMY.

A year ago this week, South Africa held its fifth democratic elections. It was the votes cast on 7 May 2014 that gave the ANC another overwhelming mandate to govern, increased the Democratic Alliance’s (DA) representation in Parliament and introduced the Economic Freedom Fighters (EFF) formally into the political milieu. The term radical economic transformation made its way into our political lexicon since the ANC policy conference in 2012, and it was a central feature of the party’s election manifesto last year. So it would be true to say that the ANC’s election mandate is premised on fundamental changes to the economy in the current term.

Since the election, however, the political agenda has been somewhat sidetracked. The Nkandla debacle loomed large and became the dominant issue in Parliament. With so much focus on “pay back the money”, accountability for the ANC’s election promises has been allowed to slide.

It also helps, perhaps, that radical economic transformation has not been precisely defined. After the elections last year, the ANC sidestepped the question as to what the specifics were. When asked about it following a post-election lekgotla in June last year, ANC secretary general Gwede Mantashe said it was a “South African sickness” to spend time on “conceptual clarity”.

In his inauguration speech, which began his second term in office, President Jacob Zuma said there would be implementation of “radical socio-economic transformation policies and programmes over the next five years”. “Economic transformation will take centre-stage during this new term of government as we put the economy on an inclusive growth path,” Zuma said.

“State-owned enterprises and development finance institutions will become engines of development, complementing the State in promoting inclusive economic growth. We have made some progress in changing the ownership and control of the economy, but much more work must still be done. In this regard, we will improve the implementation of the employment equity and black economic empowerment laws during this term.

“Land restitution and redistribution and other forms of empowerment will also be better executed in the new term of government. Our economic transformation programme also reaffirms our commitment to promoting local companies, entrepreneurs and cooperatives through local procurement by the state and its agencies.”

It could be argued that there is in fact nothing “radical” in any of this and that it is merely a reiteration of the economic policy programme. But the ANC insisted that there would be more aggressive and noticeable socio-economic changes.

Then came Budget 2015, with tax increases and cost curtailment in the context of a growing deficit and tougher economic times. Without admitting it, the ANC had to backtrack on its ambitions for government to finance programmes that would signal shifts in the developmental trajectory.

The outbreak of xenophobic violence has prompted a multi-pronged operation to respond to the underlying causes. What has been obvious for several years, that communities living with the burden of poverty and unemployment are restless and frustrated, now needs urgent attention.

The marking of 21 years of democracy last week gave political parties the opportunity to debate “Consolidation of freedom through accelerating radical economic transformation” in a joint sitting of Parliament on Tuesday. This was the first major Parliamentary debate since the xenophobic attacks. The attacks had prompted the suspension of Parliamentary business to allow MPs to go to their constituencies to promote anti-xenophobia messages and deal with any forms of unrest.

For the ANC, the debate was another opportunity to restate its successes over the past 21 years and flag the still-to-be-defined radical economic transformation. But the xenophobic attacks interfered somewhat with the “good story to tell” narrative. Environmental Affairs Minister Edna Molewa said the issuing of travel advisories against travel to South Africa was damaging to the country.

DA Parliamentary leader Mmusi Maimane said the government was failing to provide “solid leadership on the economy”. “This government’s inability to create an enabling environment for growth and jobs has left the door open for populists who pretend that tearing down statues will help our children’s future. These are the same people who preach outdated economic policies that have failed everywhere they have been implemented,” Maimane said. “We must restore investor confidence in our economy instead of driving investment away through foreign land ownership regulations and xenophobic violence.”

Perhaps the most distinctive pronouncements on radical economic transformation plus some frank talk on the xenophobic attacks came from the Gauteng MEC for Roads and Transport, Ismail Vadi.

“We have to transform our economy – whether we call it ‘radical economic transformation’ or anything else is a moot point. The point is that currently our economy is under-performing; unemployment remains unacceptably high, and poverty indicators remain a matter of serious concern.”

“If we do not respond appropriately and swiftly to the plight of our people, they will take matters into their own hands and shape their own destinies – with us or without us. The consequences under such circumstances might not be in the best interest of our country. This is precisely what the recent spate of xenophobic violence in Gauteng and elsewhere has shown,” Vadi said.

He went on to say that the entrepreneurial success enjoyed by foreigners “heightened perceptions of relative deprivation in poor communities and served as a main cause of the attacks”. “Unemployment with no prospect of ever getting a job; persistent and pervasive income inequality; the progressive degradation of basic services in some townships and informal settlements; the continuing economic marginalisation of black townships; and fierce economic competition from enterprising foreign nationals have created a sense of hopelessness.”

“This pattern of youth involvement in xenophobic violence is commensurate with increasing youth unemployment levels and their involvement in syndicated crime,” Vadi said. He said the fundamental lesson from the recent spate of xenophobic attacks was that a comprehensive set of interventions and a sustained programme was needed to deal with economic deprivation.

Vadi outlined some interventions being undertaken by the government of Gauteng, such as a township economy revitalisation programme and an investment centre to ensure ease of doing business in the province.

This is what is required – recognition of the problem and immediate measures to deal with them. Speeches quoting the icons of yesteryear and pandering to the leaders of their parties serve no purpose. The protests and unrest in communities are indicators that people want action now, whether it counts as radical or not.

Change is coming. The question is whether it will be controlled or driven through revolt. DM

Photo: A South African mechanic waits for customers in a garage in Masiphumelele informal settlement in Cape Town, South Africa, 29 May 2013. EPA/NIC BOTHMA