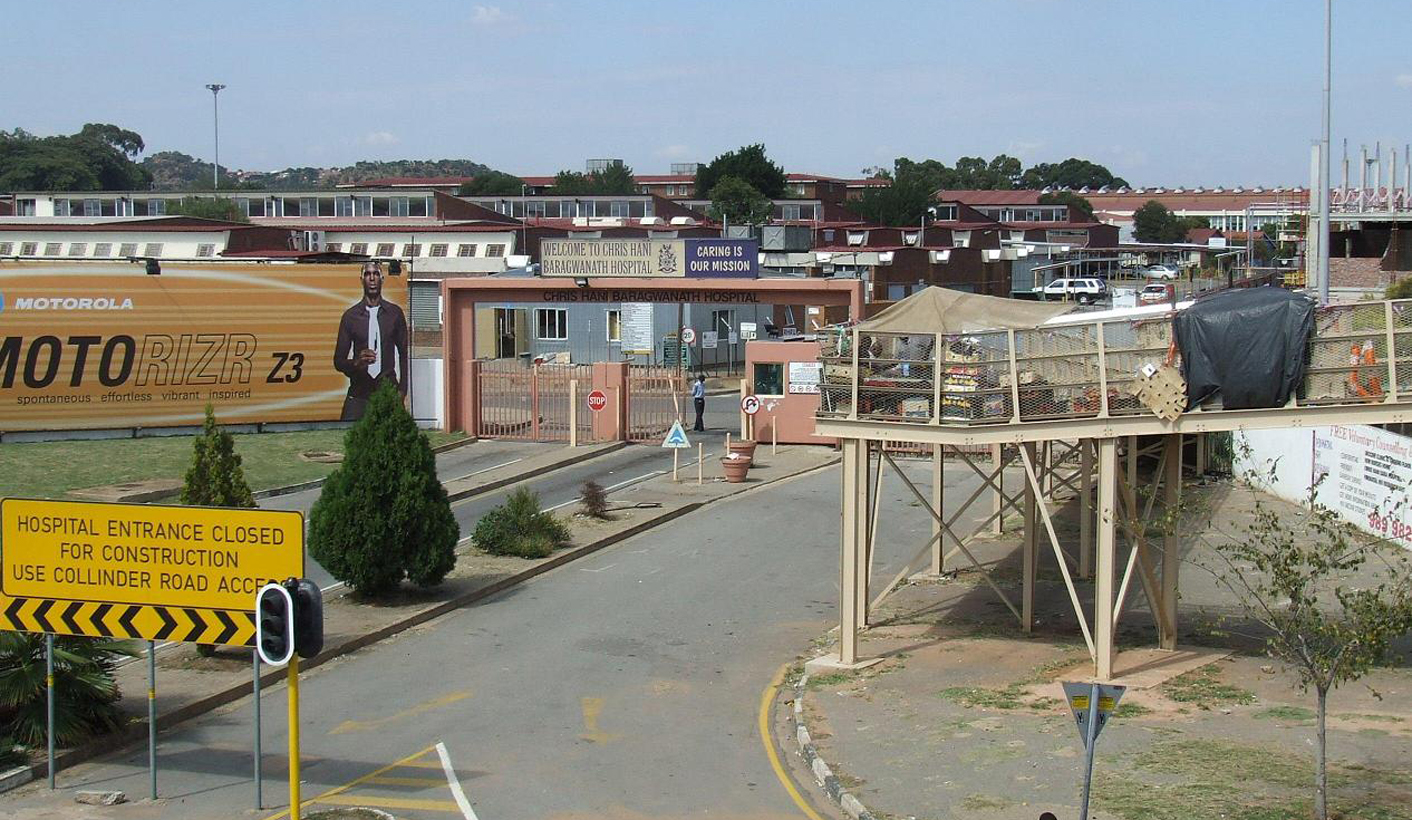 The doctor spoke on condition of anonymity. Employees at the hospital are scared to speak out. One doctor told GroundUp that “colleagues who work at Bara” are not “willing to get involved due to their previous experiences with clamp downs and retaliation from senior management.”

GroundUp has made extensive attempts to get responses from officials at the Gauteng Department of Health. These are described at the end of the article. In the end, only one official responded and he wrote, “I am not officially able to consent but can add some clarity”. We have included his responses below each allegation.

CHBAH is a tertiary hospital. Patients who attend the hospital are supposed to be referred there from other health facilities, which do not have the technology or expertise to deal with a particular patient issue. The referral system, says the doctor, has effectively broken down.

“Clinics that feed Bara have such basic equipment that they end up sending people up the referral system for most basic stuff, including blood tests and ECGs. So if you come into a small clinic with chest pain, the health worker has to refer you up, because even though he or she might be pretty sure you have nothing serious, he or she can’t take the chance, and there’s no ECG in the clinic, or it has broken down or no one knows that they’re there. This breakdown of the referral system causes congestion right up the system all the way into Bara.”

“Jabulani is a district hospital that has just opened with the idea of relieving Bara. It’s a first step in right direction. But it is still not enough. There are millions of people living in Soweto. There needs to be more.”

“For the patient this means they’ve sat for hours at the clinic waiting. They don’t get the care they should have. Often, they need to arrange their own transport to Jabulani or Bara. And then they sit for several more hours. They might get shouted at, ‘Why do you come to Jabulani just for an ECG?’ And sometimes the patients will even be chased away.”

The official who responded unofficially told GroundUp that “procurement of equipment is a challenge in the clinics and this does sometime lead to referrals to Bara not being appropriate but this is more of an exception than the rule.” He also said, “ECG machines are a challenge because the leads are at the moment difficult to procure but this should improve over the next few months.”

According to the doctor, the referral problems have worsened in April because of poor planning. Gauteng Health Department has been paying for 500 beds at a private facility called Clinix Selby Park Hospital to manage its overflow. The doctor says, “Gauteng Health’s management has now realised they don’t want to pay for these 500 beds because it’s too expensive and they would rather spend the money on state resources. So they ended this in April with a limited backup plan: 20 more beds in Jabulani Hospital from April, and then the intention of about hundred or so beds at Lenasia South, which will be converted into a district hospital. But clearly there’s a massive shortfall from April. And Bara is going to become even more clogged.”

The Health Department official responded, “The Selby 500 beds were shared between Bara, Charlotte-Maxeke, Helen Joseph and other Hospitals. The department has made arrangements for all hospitals to add additional beds to cater for these patients. This includes Carletonville, Yusuf Dadoo, Leratong Hospitals etcetera.”

The doctor explained that for hundreds of patients, the first port of call at Bara is Medical Casualty. Here patients are referred either to another unit at Bara, Selby or Jabulani hospitals. Bara’s administration are planning on renovating Medical Casualty. Doctors and nurses at Casualty have been moved 20 minutes’ drive away to Jabulani while the renovations are ongoing. “How will patients know this? The lab at Jabulani is not yet functional. They send their stuff to Bara lab, so there’s a labyrinth of complex connections between the two hospitals which could potentially break down,” said the doctor.

The health department official responded, “I believe this renovation will be managed by Bara and it is necessary as the floor has become unsafe.”

A day at Bara

The doctor described the complexity of managing patients at Bara. “The enormity of Bara puts patients at risk because of the distances that have to be covered when moving critically ill patients. So to take someone from the maternity area to ICU, you have to take them across a road. There is hospital transport that transfers people around. They sometimes provide an ambulance, but sometimes patients simply cross the road.”

“Just understanding how the Bara system works is a daunting task for new health workers at the hospital. One of the systems you have to learn how to use is that there are ten medical wards with approximately 60 beds in a ward. When you are on call in the medical admissions award, you admit 20 or 30 patients on an intake shift. So you come in the next day and have to find them. And there are 600 options,” explained the doctor.

“There’s no electronic database so this is the system you have to use. You start off on your home ward and you look at the written patient list for the patient you want. There’s a book for patients at other wards but whether your patient’s location is recorded depends on a nurse having recorded it. If you can’t find the patient and you still have time before your rounds, you have to phone around. Sometimes you start ward rounds not knowing where all your patients are. Sometimes you don’t find the patient. A few days later you might get a call, ‘Doctor, you haven’t seen this patient for a few days.’ If they need urgent care, what can you do? If you phone all the wards and they don’t know where your patient is, how can you?

“And then how much more difficult must it be for friends and family who want to locate their loved ones?”

GroundUp’s attempts to get an official response

On 31 March we emailed Gauteng Department of Health to request a response to the doctor’s allegations. We used two email addresses listed on the department website: General Enquiries and Complaints about Services. We received no response.

On 2 April, the department responded. We were promised that contact would be made with regard to the initial queries. Emails we subsequently received indicated that on 7 April our queries were passed to Mr Chris Maxon, the department spokesperson, and Ms Merylin Deoraj, PA to the CEO of Bara.

On 9 April, we received an email from the hospital’s communications and public relations officer, Nkosiyethu Mazibuko, requesting more information and assuring us that “the department views these allegations in a serious note”.

We then emailed detailed notes on the allegations. Receipt of our email was acknowledged on 10 April and we were promised a response by 13 April.

Dr Sandile Mfenyana, Bara’s CEO, Goodhope Maseko, deputy-CEO, Monde Ntebe, Bara’s communications head, and Lesemang Matuka, the Gauteng health department’s director of of communications, were all brought in on the email correspondence at one point or another.

We were also in contact with Mr Mazibuko, the hospital’s public relations officer by cell phone. We received constant reassurance that a response was imminent, as the following images show:

Correspondence on 14 and 15 April.

Correspondence on 15 and 16 April.

GroundUp then contacted Mr Monde Ntebe, who heads hospital communications in the health department, as well as Mr Prince Hamnca, the MEC’s spokesperon on 17 April. Neither responded to emails. After calling Mr Ntebe on his cellphone he apologised for the “totally unacceptable” delay and promised to attend to the allegations. GroundUp received a message from Mr Ntebe on 21 April saying he needed to confer with the CEO and spokesperson of the hospital before commenting.

The official who sent the unofficial response that we quoted from in the article also did so on 23 April. DM

This feature was first published at GroundUp.