DASO: Taking a symbol from the heart of the ANC

DASO: Taking a symbol from the heart of the ANC 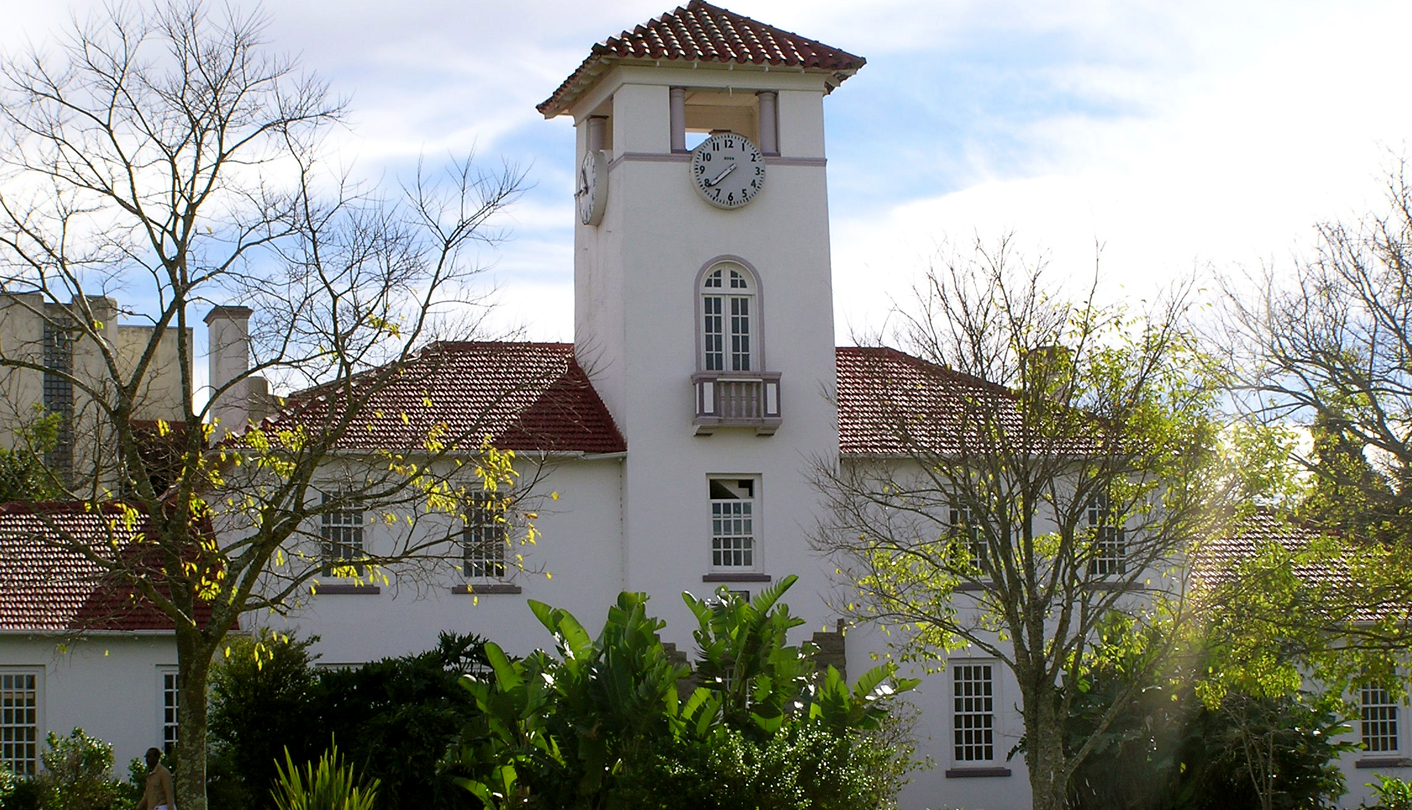 The University of Fort Hare has long been associated with South Africa's most illustrious liberation leaders. Last week, the Democratic Alliance Students Organisation (DASO) took control of the Student Representative Council (SRC). While it's a small win, the DA will take heart that not only can it win in an institution steeped in struggle history, it can do so on an appeal to service delivery. By GREG NICOLSON.

When Oliver Tambo addressed the University of Fort Hare in 1991, he referred to its motto: In your light, let us see light. Names like Tambo, Nelson Mandela, Govan Mbeki, Robert Sobukwe, Mangosuthu Buthelezi, Z.K. Matthews, Robert Mugabe (Zimbabwe), Seretse Khama (Botswana), Ntsu Mokhehle (Lesotho), and Yusuf Lule (Uganda) link the institution irrevocably to the South African struggle and that of African independence. The university holds the archives of multiple South African liberation movements, including the ANC.

“The history of Fort Hare cannot be retold as if it were one event. It was, and is, the culmination of a drama of inter-penetrating and, at times, contradictory forces. It was moulded by the peculiarities of the history of this region of southern Africa, and the struggles authored by that history. Each year there gathered a society of brilliantly and diversely gifted persons. The forces which operated in that tiny commonwealth were those of integrity and commitment, obligation and sacrifice. Fort Hare was a place in which the standards of public life were set by minds and souls preoccupied with truly lasting values,” said Tambo in 1991.

Fort Hare’s history has again turned to acknowledge changes in society. For the first time, students last week elected DASO to lead the SRC. The DA’s student body took 52.5 percent of the vote, up from 20.5 percent last year, beating the ANC-aligned SA Students Congress (Sasco), which has dominated the SRC and won 37 percent of the vote. Taking the university is a symbolic victory for the DA and DASO students will lead Fort Hare in celebrating its centenary next year.

“It’s quite disappointing because Fort Hare is our pride. You cannot complete a conversation about the struggle for liberation without mentioning Fort Hare,” said ANC provincial secretary Oscar Mabuyane in The Times. “It is not an easy thing to accept [that we lost] Fort Hare. The institution is a cradle for continental leadership in progressive politics. It’s a very sad moment.”

As some criticise its performance post-1994, the historic link between Fort Hare and the ANC (as well as other liberation movements) remains the university’s most well-known feature. In 2001, then-president Thabo Mbeki said, “Fort Hare University has an obligation to honour the great legacy of those who passed through these corridors before. Accordingly, it must occupy the front trenches in the struggle for our renaissance, which includes the urgent process of reclaiming our identity, our dignity and our pride as Africans.”

Before the SRC elections, the ANC sent Deputy President Cyril Ramaphosa, Sports and Recreation Minister Fikile Mbalula and Home Affairs Minister Malusi Gigaba to Fort Hare to campaign for Sasco. The DA sent Eastern Cape leader Athol Trollip. The DA has accused Vice-Chancellor Mvuyo Tom of openly supporting Sasco. The DASO leader on Monday said during a recent march against xenophobia organised by the organisation staff at the university shouted their support for Sasco.

At the polls, the students appear to have voted not on the university’s historical links nor the alleged bias from management, but on issues of money and education. Mawethu Kosani, DASO leader at Fort Hare, said they started preparing for the elections in January. Students said they were not getting their money for meal allowances, that the Sasco SRC had signed an agreement leading to the more than doubling of costs to stay in residences, and that many students had issues with the National Student Financial Aid Scheme (NSFAS), where a shortfall in funding has left students across the country struggling to pay for their education.

“We understood that Sasco failed,” said Kosani, who is in his final year of a Bachelor of Arts and hopes to work in politics with the DA after he finishes studying. He claimed Ramaphosa said the university is not ready to be led by another organisation, which slotted into pre-existing student worries about Sasco’s closeness with university management. However, DASO’s campaign did not focus on the failures of the Sasco SRC but what it could fix if elected. “We are ready for service delivery,” said Kosani.

“Fort Hare University has been home to great ANC leaders of the past and has been a stronghold of the ANC. However, students have grown increasingly confident in DASO student leaders, who show commitment to fighting for better student conditions and increased access,” said DA Youth leader Yunus Cassim after the victory. “DASO will now work tirelessly in leading the SRC to champion the pressing issues facing Fort Hare students including the exploitative treatment of NSFAS students, absence of meal allowances, squalid exploitative residences and hyper-inflated fee hikes.”

It’s been reported that the Sasco leadership has been summoned by the provincial ANC to account for the loss. On Monday, Sasco’s national president Ntuthuko Makhombothi said it was normal in a democratic system to win and lose elections. He defended Sasco’s leadership at the university and said it led students challenging NSFAS issues. However, he conceded that DASO were stronger and more prepared. “You don’t win elections during election week and the campaign period,” he said when asked about the impact senior ANC leaders might have had. “You win them on the first day.”

It’s embarrassing, but the symbolism of losing Fort Hare shouldn’t be the ANC’s biggest concern. The DA also leads Nelson Mandela Bay Metropolitan University and the Economic Freedom Fighters recently took the Vaal University of Technology. What’s more worrying for the ANC is that a well-run campaign and an appeal to service delivery can deliver votes from the youth, even in an institution steeped in struggle history. DA leaders will take heart in the small signal from Fort Hare that the view of the DA as a white party might be changing.

“We need to honour our past and own our future,” said DASO’s Kosani after another moment in Fort Hare’s link to South African politics. DM