When peacekeepers become perpetrators: France and the UN’s child sex shame in the CAR 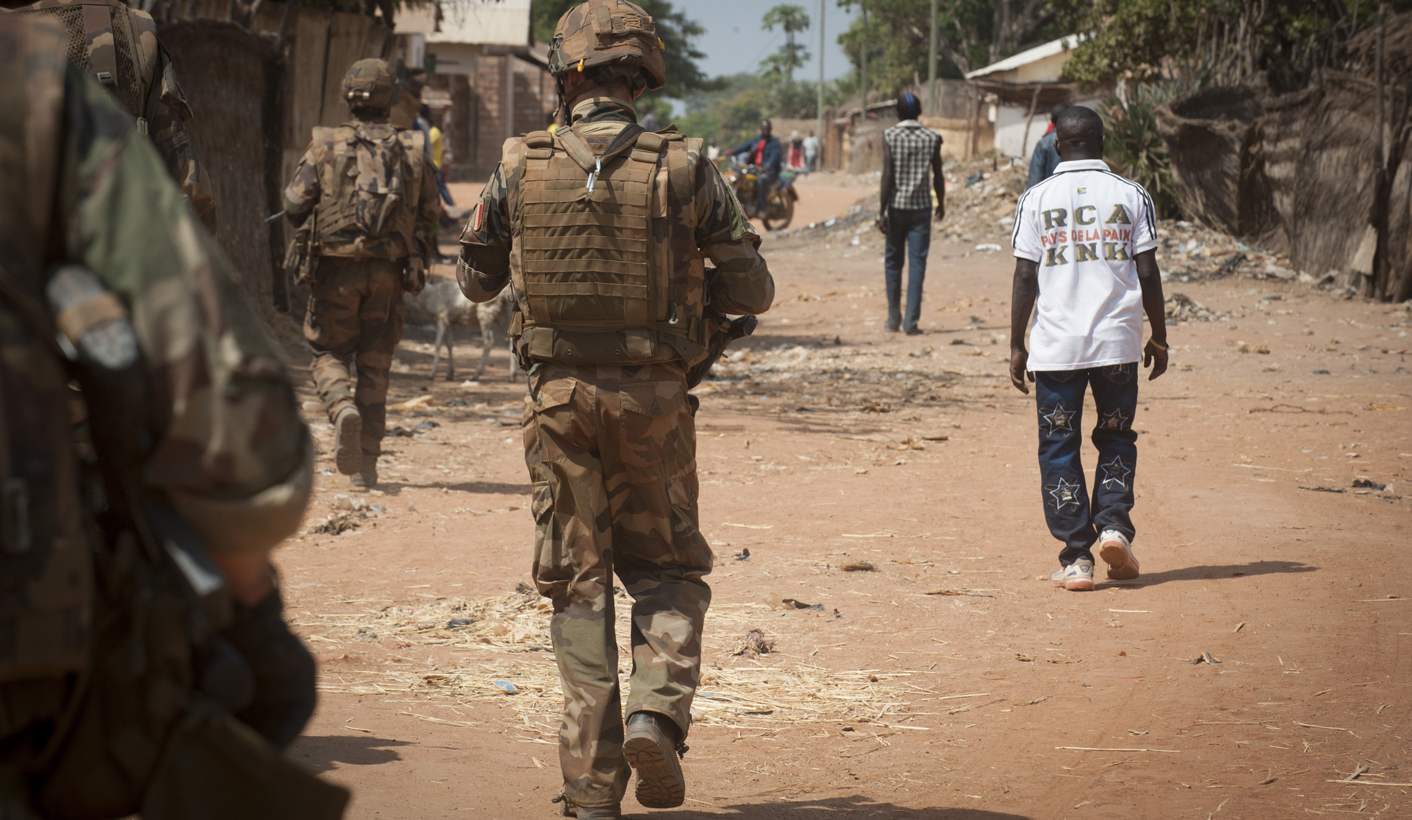 France and the United Nations have both been implicated in the sexual abuse of minors in the Central African Republic – French troops for committing the offences, and UN officials for covering them up. It’s another disgraceful chapter which demonstrates that there really is no one that CAR’s most vulnerable people can really trust. By SIMON ALLISON.

Sometime in the first half of last year, as United Nations officials were in the process of setting up the UN Multidimensional Integrated Stabilisation Mission in the Central African Republic (Minusca), they received some disturbing reports that children were being sexually abused by French soldiers. The French were in the country as part of a military intervention to prevent it spiralling entirely out of control (or, in other analyses, to safeguard French interests), and were supposed to be protecting key institutions and offering protection to civilians.

So the UN investigated, and produced a damning report that detailed how French peacekeeping troops had raped and sodomised young boys at a centre for internally displaced people in Bangui, the capital. This centre was supposed to be a safe haven for civilians – and the French were supposed to be their protectors. Fourteen French soldiers were implicated.

But instead of making its findings public, or even sharing its conclusions with the French government, the UN then did a strange thing: it sat on the report. It covered up the findings. It was only thanks to the bravery of one UN official that the report made its way to the French government, who promised to undertake a full judicial investigation with possible criminal proceedings. Anders Kompass, the UN’s Swedish director of operations who leaked the report, has now been suspended and is fighting to retain his job.

That any of this is public is thanks to the work of the Guardian and advocacy group Aids Free World, which is campaigning for an independent commission into the UN’s approach to sex abuse by its staff. The story hasn’t generated huge publicity, but it should have – because it’s likely to have serious ramifications for everyone involved.

Let’s start with the victims. To appreciate the horror of their experience, here’s an excerpt from the Guardian’s description of the contents of the buried report: “The boys, some of whom were orphans, disclosed sexual exploitation, including rape and sodomy, between December 2013 and June 2014 by French troops at a centre for internally displaced people at M’Poko airport in Bangui.

“The children described how they were sexually exploited in return for food and money. One 11-year-old boy said he was abused when he went out looking for food. A nine-year-old described being sexually abused with his friend by two French soldiers at the IDP camp when they went to a checkpoint to look for something to eat.

“The child described how the soldiers forced him and his friend to carry out a sex act. The report describes how distressed the child was when disclosing the abuse and how he fled the camp in terror after the assault. Some of the children were able to give good descriptions of the soldiers involved.”

The abuses detailed in the UN report are likely to be just the tip of the iceberg. A source in Bangui suggests that sexual abuse by peacekeepers is rife, even within the UN mission itself.

Now that the report is public, France has been quick to react. “The defence ministry has taken and will take all necessary measures to ensure the truth comes out…If proved true, it will ensure that the toughest sanctions are imposed on those responsible for what would be a terrible breach of the values of a soldier,” said the French defence and foreign ministries in a joint statement. The French also wrote to thank Kompass for passing on the information.

This is all good damage control – but the damage has already been done. French troops have been particularly active in Africa over the last few years, with operations in Cote D’Ivoire, Mali, the Sahel and CAR, and President Francois Hollande has worked hard to persuade doubters that the terms of the French engagement in Africa have changed; that France is now a force for good on the continent. The actions of the implicated soldiers fatally undermine that narrative.

“The Socialist head of state has staked his foreign policy and presidential image on military intervention in Africa, from the anti-terrorist operation in Mali and the Sahel to safeguarding civilians in CAR…The serious abuse allegations hit even harder because of the baggage that France carries in Africa. Since the end of colonial rule, Paris has been accused of engaging in crooked powerplay, sweetened with briefcases of petrodollars in a shady system known as “Françafrique”. Hollande had sought to escape that,” said Guardian journalist Angelique Chrisafis.

For the UN, the implications of this scandal are likely to be even more serious. The success of its peacekeeping operations depends to an inordinate degree on creating a bond of trust with local populations. It is supposed to be an independent, neutral force that upholds human rights. But who can trust an institution that covers up the sexual assault of minors in war zones? What kind of message does that send to vulnerable populations? Not that it’s a new message: UN troops have themselves been implicated in several sexual abuse scandals before.

Also disturbing is the UN’s treatment of Kompass. It has refused to describe Kompass as a whistleblower, instead maintaining that his actions were “a serious breach of protocol”. This response seems to have missed the point entirely: while Kompass may have broken the rules, he acted to protect vulnerable civilians – which is precisely what the UN should have been doing in the first place.

For both France and the United Nations, this is another shameful chapter in a history littered with them. But, as always, it’s the most vulnerable – in this case, the abused children in the CAR – that really suffer. DM

Photo: A picture made available by the French Army Communications Audiovisual office (ECPAD) on 28 December 2013 shows French soldiers of the MISCA unit patrolling the streets of Paoua, Central African Republic on 27 December 2013. EPA/EMA/ECPAD