Analysis: Has UNHCR stepped up to the plate during Xenophobia 2015? 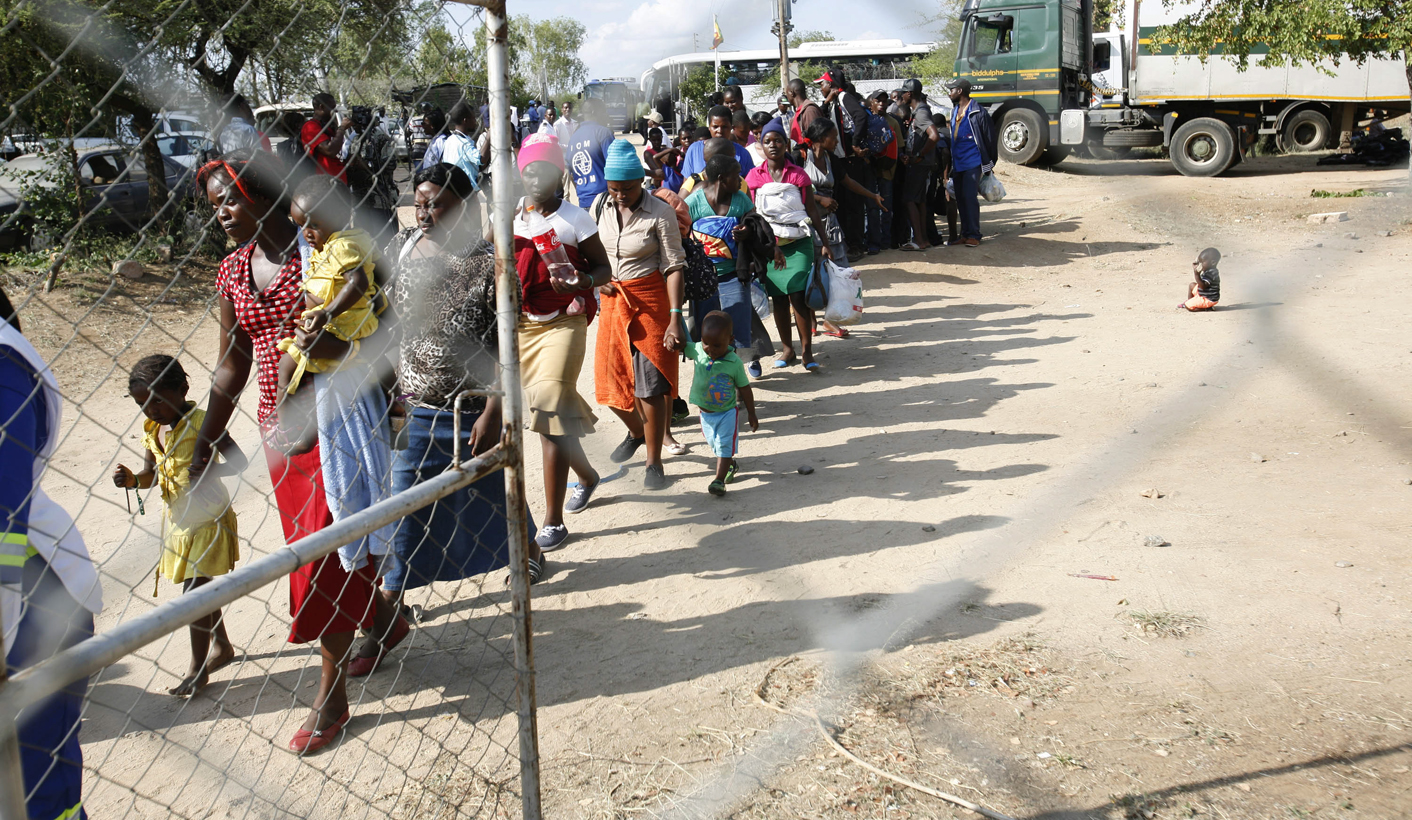 In the wake of South Africa’s xenophobic violence in 2008, prominent civil society organisations demanded an inquiry into the United Nations refugee body’s response. They said the UNHCR failed to fulfill its mandate, sided with government at the expense of displaced persons, and even treated those affected by the violence with contempt. This time around, have things been different? The agency insists that it can’t resettle refugees in a hurry – so it may be a case of reintegrate or bust. By REBECCA DAVIS.

“We believe that the UNHCR has neglected to adequately and appropriately manage the humanitarian crisis that resulted from the mass displacement of foreigners in South Africa; they have failed to meet their mandate as prescribed by Statute of the UNHCR of 1950; they have ignored the litany of suggestions and input given by civil society; but most importantly, they have failed to support the very people they are mandated to help.”

The complaint laid against UNHCR by 14 local organisations in 2008 pulled no punches. With signatories including the South African Council of Churches, the Social Justice Coalition, the Black Sash and COSATU, it even claimed that UNHCR representatives treated the foreign nationals fleeing violence on that occasion with “enormous contempt and disrespect”.

Their manner, it said, “could contribute to xenophobia”.

Among the complaints were that the UN took two weeks to organize a “rapid assessment” of the 2008 situation, and that its refugee agency was unwilling to assist Zimbabweans because they were classed as “economic migrants” rather than political refugees.

The complainants also said that the UNHCR had failed to hold the South African government to account in ensuring that conditions at the makeshift camps set up to temporarily house those displaced in 2008 – numbering an estimated 100,000 – met the standards of international human rights in terms of nutrition, sanitation and so on.

They alleged furthermore that the UNHCR failed to make recommendations to government regarding the tricky case of those refugees who indicated that they would rather return home than face South Africa’s xenophobic violence – but who could not be returned to countries in a state of war.

The complaint received international media attention, and the UNHCR opted to set up an inquiry to look into the matter. Panel members travelled to South Africa in late 2008 to visit displacement sites and carry out interviews with representatives of government, civil society, and those who had been displaced by the xenophobic violence.

The inquiry panel’s findings found that the UNHCR’s response was “under-resourced”, but also that there appeared to be a fairly widespread misunderstanding about what the UNHCR’s responsibilities were in such a situation. The report suggested that UNHCR needed to communicate its role more clearly. It acknowledged that there was a perception that the agency was seen as siding with government rather than acting impartially, but suggested that this may have been motivated by caution due to the “very limited” relationship between the UN and the South African government beforehand.

“UNHCR Pretoria appears from the documentary evidence provided to the inquiry panel, and in the opinion of many of the stakeholder interviews, to have decided from the start of the crisis that its role should be limited to supporting the Government’s response,” the inquiry’s report read.

It recommended that the UNHCR should work to strengthen its relationship with civil society. At one point during the 2008 crisis the agency had put out a statement saying that South African civil society groups had played a “negative role”, which enraged those groups which had devoted substantial time and resources to trying to help those affected by the violence.

Seven years later, an eerie sense of deja vu: foreign nationals again attacked, murdered and driven from their home. This time around, has the UNHCR done enough to avoid the criticisms levelled against it in 2008?

“Following the events in 2008, there were some mechanisms put in place,” the UNHCR’s Regional Representative for Southern Africa Tina Ghelli told Daily Maverick via email.

“For example, UNHCR chairs the Protection Working Group, made up of representatives from UN agencies, civil society, and government officials. We have kept them informed of the actions that UNHCR has been taking since this start of this crisis. We also established an early warning system where community members could alert of potential problems and police could intervene.” The efficacy of the early warning system seems questionable, given the way things have progressed.

Ghelli gave examples of a number of actions taken by the UNHCR, including sending a team to Durban on 14 April to “look at the humanitarian response”, and dispatching a team to Johannesburg to “meet with the people displaced in the shelters there as well”. The UNHCR participated in a multi-agency UN delegation sent to Beit Bridge to assist the Zimbabwean government with receiving Zimbabweans returning home, handing out food hampers and blankets, as well as providing psychological counselling for those who wanted it. Flyers were also distributed to migrant populations to explain their legal rights.

Representatives from a number of civil society groups contacted by the Daily Maverick last week did not want to be named, but said privately that they harboured concerns that little had changed in the UNHCR’s approach.

One point acknowledged by Ghelli is that the agency continues to treat displaced foreigners from countries like Zimbabwe differently to those from countries considered to be in a state of war, regardless of whatever political motivations some Zimbabweans may have had for leaving their country.

“The vast majority of those displaced were migrants and therefore not part of our population of concern, which is refugees and asylum seekers,” Ghelli said.

For the refugees and asylum seekers who cannot be repatriated to war-torn countries in accordance with the UN principle of non-refoulement, there is only one option: reintegration into the communities which drove them out.

“We understand that many refugees want to be relocated to another country,” Ghelli said. “We are not going to be actively undertaking resettlement interviews at this stage.” She explained that the agency was concerned that if this happened, the interviews might become a “pull factor” to “displacement sites”.

“The resettlement process takes nearly two to three years, from the time someone is referred to a resettlement country until they depart,” Ghelli said. “The ultimate decision as to whether someone is accepted for resettlement lies with the receiving host government and not UNHCR. The refugees will therefore need to reintegrate into the community.”

The message to refugees and asylum seekers distributed by the UNHCR makes it clear: “Resettlement will not be considered during situations of displacement,” it reads. “The priority for UNHCR and Partners is to support the Government with responses to the immediate needs of the affected persons, including safety and material well-being.”

Reports this weekend, meanwhile, quoted some foreign nationals as being concerned that “authorities had given up trying to reintegrate them”.

Spokesperson for 260 Congolese nationals at the Isipingo displacement camp, Daniel Dunia, was quoted as asking for he and his countryfolk to be resettled in “peaceful” Botswana. Where will they find a home? DM

Photo: Some of the 300 people stand in a queue soon after arriving from Durban by free transport after xenophobia attacks in the port town forced Zimbabwe residents to leave South Africa, Beitbridge, Zimbabwe, 25 April 2015. EPA/AARON UFUMELI