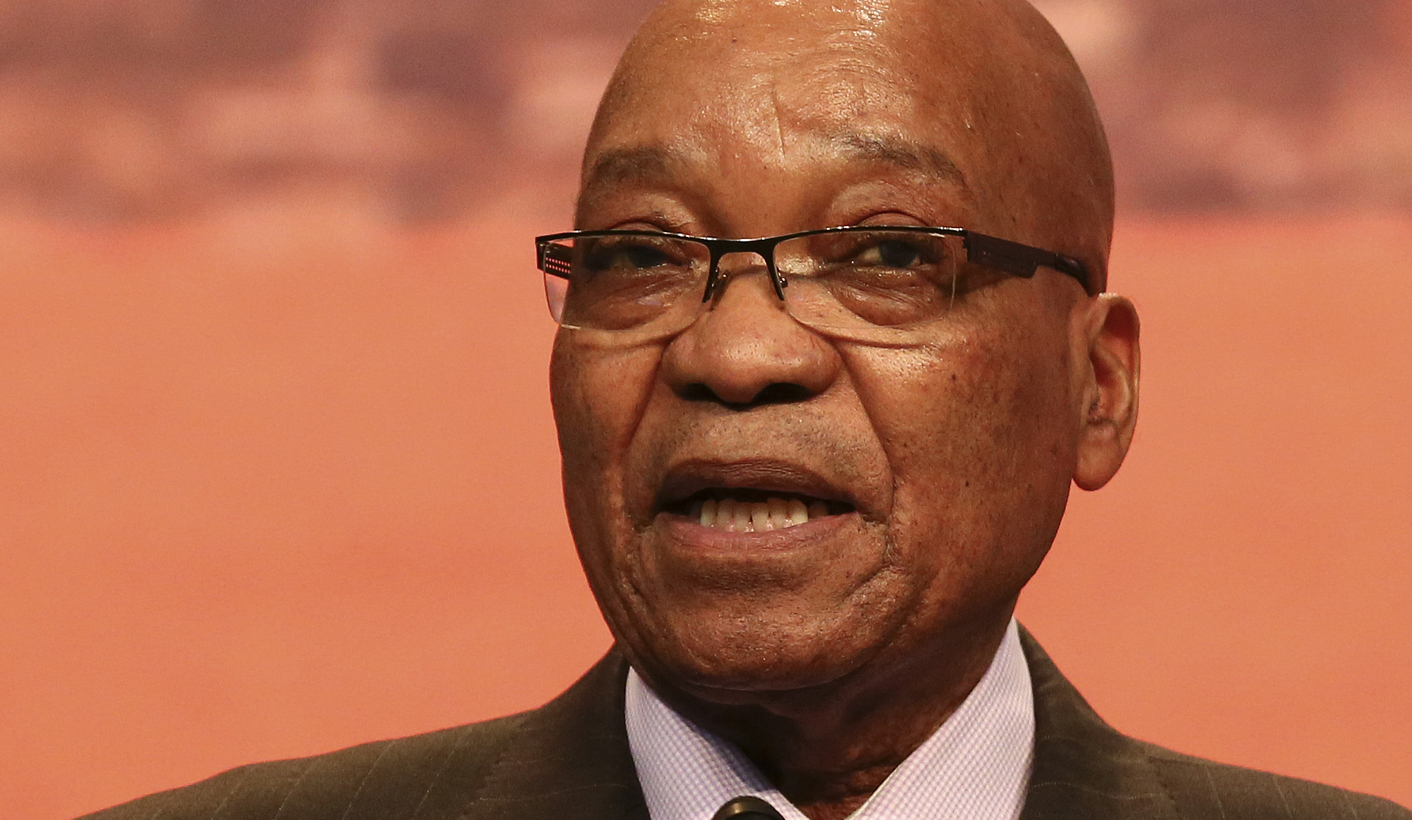 It took a while but the South African government is firmly in control after the spate of xenophobic violence that rocked the country – thanks in part to a jackboot clampdown on migrants. It is difficult not to be cynical about government’s jacked up response to the attacks on foreign nationals after being in denial for so long. But now ministers actually say the X word and are on the ball in releasing information to the media and stakeholder engagements. Even President Jacob Zuma has found his game face, and swung back against a volley of criticism coming South Africa’s way. By RANJENI MUNUSAMY.

Government task teams are the default response to most problems, whether it is the Nkandla upgrades scandal, e-tolling or the non-delivery of textbooks to schools. An inter-ministerial committee is an elevated government task team, which places the big guns in the hot seat facing the public.

They do not always impress. Remember the great SONA parliamentary lockdown brought to us by the security cluster of ministers? Or the big fat Gupta wedding cover up after that planeload of guests from India landed at Waterkloof Air Force Base?

The inter-ministerial committee on migration, however, is not the usual Number One Protection Force we have become accustomed to. When the attacks on foreign nationals broke out in KwaZulu-Natal, President Jacob Zuma assigned Home Affairs Minister Malusi Gigaba, State Security Minister David Mahlobo and Police Minister Nkosinathi Nhleko to deal with the problem.

You do not assign 14 ministers to deal with an issue unless you mean business. And it would seem that the shocking images of attacks on foreign nationals, together with a big dose of diplomatic embarrassment galvanised government into an unprecedented operation to restore stability and prevent further violence.

Speaking at a media briefing in Pretoria on Tuesday, Radebe said the mandate of the inter-ministerial committee had been broadened to deal with “all the underlying causes of the tensions between communities and the foreign nationals”. “Some of the areas to be addressed are the implementation of our labour relations policies as they affect the foreign nationals; the implementation of the laws that govern business licenses; the country‘s border management and generally the country’s migration policies,” Radebe said.

Radebe went on to say that over the past week, “over 77” (did they lose count after 77?) public engagements were undertaken by ministers and deputy ministers. “The executive used these platforms to listen to the concerns of the communities,” he said.

Other than when they are on the election trail, it is quite an extraordinary feat for ministers and deputy ministers to be working at that pace and be that accessible to communities. It is quite remarkable that people who normally swoosh around at high speed in blue light brigades and hide behind a phalanx of protectors were able to get out and about and do some work without their lives being threatened. And that is perhaps why they were able to get a grip on the situation and give informed answers to questions on the turn.

Government has also launched a security operation called Operation Fiela-Reclaim to deal with criminality inflaming the xenophobic attacks. Radebe said the word “fiela” is a Sesotho word meaning “sweep”, which is the intention behind the operation to rid the country of illegal weapons, drug dens, prostitution rings and other criminal activity. Together with the South African National Defence Force, which has been deployed to deal with the xenophobic attacks until 30 June, the police are conducting search-and-seizure operations in targeted areas.

While the operations have been criticised for jackboot tactics, it has yielded results with the arrest of 265 suspects in relation to 150 cases of public violence, 423 suspects in connection with other crimes and 165 undocumented migrants. Radebe said the Department of Justice and the National Prosecution Authority have set up dedicated courts with magistrates, prosecutors and interpreters to speed up prosecution of these cases in KwaZulu-Natal. “As of now, the dedicated courts have been put into place in Chatsworth, Umlazi, Ntuzuma, and Durban Magistrate Court,” Radebe said.

The police have allocated detectives within all provinces to expedite the investigations in cases related to violence against foreign nationals. “We are not taking a business as usual approach; we want to ensure that the perpetrators of these vile acts are dealt with as speedily as possible,” Radebe said.

So far, 1,997 undocumented migrants from KwaZulu-Natal and Gauteng have been repatriated to Malawi, Mozambique, Zimbabwe and Tanzania. Government is however trying to roll out the red carpet to foreign nationals from other African countries that visit the country legally. “During the month of March, 10,548 people from Ethiopia, Malawi, Mozambique, Tanzania, and Zimbabwe visited South Africa. From the beginning of April to date, we have welcomed 13,533 people from the same countries,” Radebe said.

These figures will no doubt feature in the report Zuma will present at the Extraordinary Southern African Development Community (SADC) summit in Harare on Wednesday. While the summit will ostensibly deal with industrialisation, Zuma said South Africa was prepared to submit reports on the xenophobic violence to SADC, the African Union and the United Nations.

Speaking at the Freedom day celebrations in Pretoria on Monday, Zuma strayed from the text of his speech to question why foreign nationals “jump so many countries” to come to South Africa. “As much as we have a problem that is alleged to be xenophobic, our sister countries contribute to this. Why are their citizens not in their countries and in South Africa?”

Zuma said he learnt during his interactions with foreign nationals that some of them believed South Africa was still safer than their own countries despite the xenophobic attacks. He said there needed to be frank discussions in SADC and the AU on issues that cause illegal migration. This is bound to be the line of defence as South Africa tries to navigate the diplomatic quagmire it finds itself in now.

On Tuesday, Radebe also tried to tread softly around the diplomatic row playing out with Nigeria, distancing government from the in-your-face statement by the Department of International Relations and Co-operation (Dirco) on the “recall” of the Acting High Commissioner to South Africa. The Dirco statement said it was “unfortunate and regrettable” that Nigeria had asked its chief diplomat to return as “it would be curious for a sisterly country to want to exploit such a painful episode for whatever agenda”.

Radebe said South Africa still had “very cordial” relations with Nigeria and that the statement was not the official position of the government.

So far, government has run a massive multi-pronged mission to stabilise the country and recover after the xenophobic attacks. While the Cabinet has proved this week what shoulder to the wheel can produce, it does not mean all the ham-fistedness has stopped. The Minister of Social Development, Bathabile Dlamini for example has caused outrage by scolding foreign nationals at a displacement camp in Durban for accepting donations from the Economic Freedom Fighters. At the ministerial briefing on Tuesday, she warned against “opportunism”, saying there had been a “process and procedure of donations to these temporary facilities”.

What this shows is that government’s response is not altogether altruistic and there is some level of exploitation for political purposes. This has also been evident in how government is heavily clamping down on border control and migrant communities to pacify its local constituencies.

Government’s response to the attacks has been major face-saving exercise but the damage that has been done is substantial. Hopefully there would have been lessons learnt over the past month that is better to prevent the country’s socio-economic problems from exploding than to turn government into a gigantic fire-fighting machine. DM