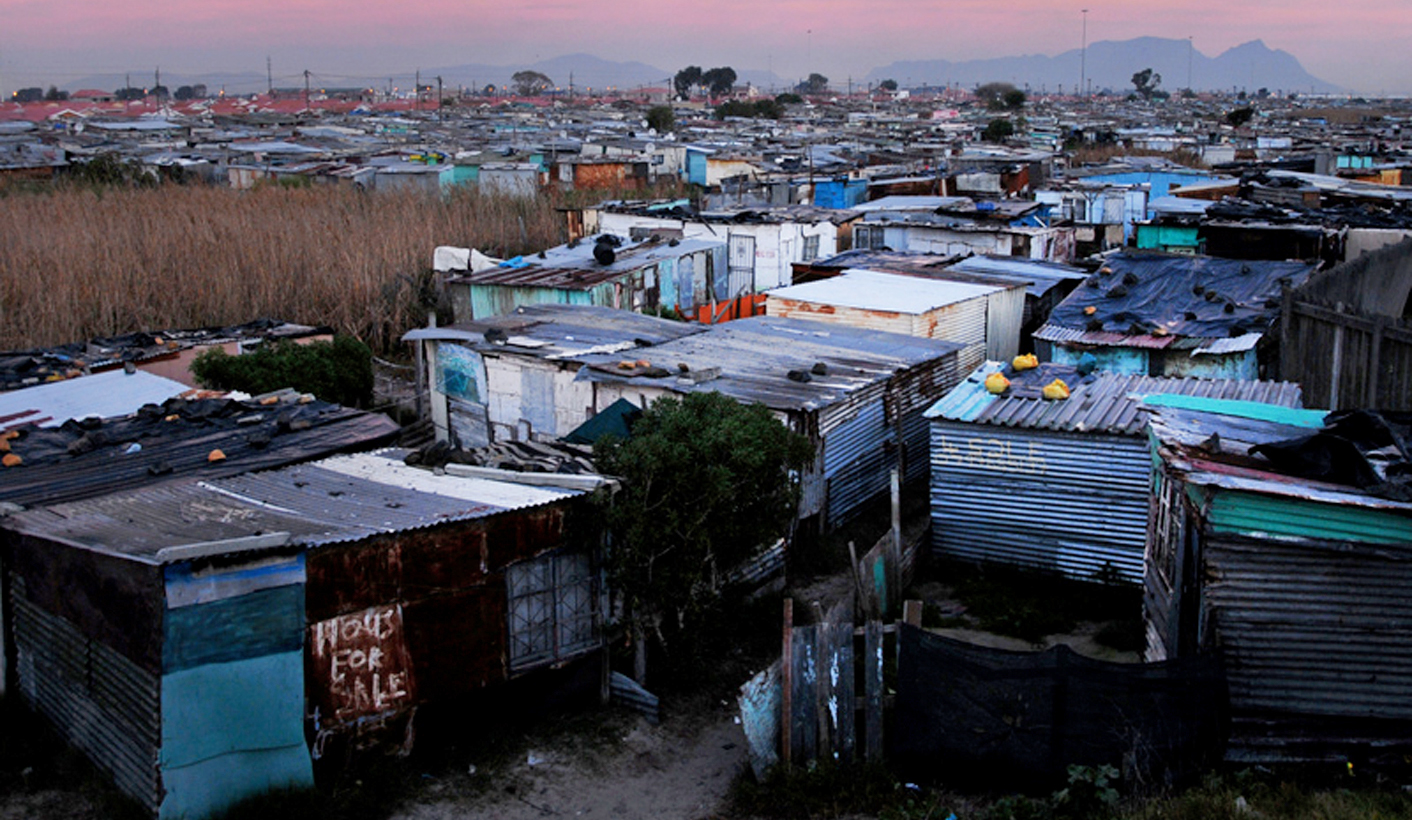 For over five years, the Social Justice Coalition in Cape Town has called for expanding access to safe and clean sanitation facilities in Khayelitsha and other townships in the city. Despite the overwhelming need for such services, the municipal government has yet to fulfill its duties to provide them at the requisite scale. By GREGG GONSALVES, EDWARD KAPLAN and DAVID PALTIEL for GROUNDUP.

Access to toilets for the hundreds of thousands of people in urban settlements is both a public health and moral imperative, critical for avoiding diarrhoeal and other diseases associated with substandard sanitation and to support the basic human dignity of citizens.

Women with the Social Justice Coalition have also pointed out the special risk that inadequate sanitation facilities poses for them on a daily basis; that of sexual violence they have encountered en route to the toilets particularly during the evening, nighttime and early morning hours when most people are indoors and they must travel alone to relieve themselves. This phenomenon has been described elsewhere, most recently in a report by Amnesty International in Kenya in a 2010 report called Risking Rape to Reach a Toilet and is not limited to South Africa.

As academic researchers we were interested in examining the economic implications of the insights of the women of Khayelitsha. To this end, we developed a mathematical model to look at the link between sanitation and sexual violence in the township, as well as the costs of sexual violence and the expansion of new sanitation facilities there.

Our model, just published on Wednesday (29 April) in PLoS ONE [a reputable science journal – Ed], is quite basic, where a woman’s risk of rape is tied to what we call exposure time, the number of minutes she must be out of doors en route to a toilet each day. Our model displays a common sense relationship: the more time a woman must spend in search of sanitation facilities, the greater her exposure time and risk of sexual assault. The number of toilets in the township determines the severity of that risk; with fewer toilets exposure time and risk increases, with more toilets this time and risk goes down.

Why even do such economic analyses? Violence against women is a public health crisis in its own right, regardless of the costs involved. However, decision makers and political leaders often excuse doing the right thing on economic grounds, that is, by saying they simply cannot afford to do more. In this case, we can argue that South African society is paying more by doing less. Some may criticise our model on scientific grounds, saying the way we’ve estimated all the component pieces that go into our model is far from exact and not based on specific numbers we might have collected in a field study of the phenomena we’re documenting.

In our study we’ve addressed these critics and run our calculations with a broad range of assumptions – that is using the best and worst case values for what you might expect. We’ve run our model 10,000 times and 80% of the time when we run it, each with differing assumptions, we come up with the same conclusions: investing more, far more in provision of toilets in Khayelitsha is the better economic strategy. Our model doesn’t even incorporate the other benefits of better sanitation facilities for instance, in reducing diarrhoeal disease and sickness in children and adults, which means the economic benefits we describe are likely to be an underestimate.

Clearly, there is more research to do to document sexual violence in South African townships and ways of preventing it, and the role of sanitation in exacerbating women’s risk. However, our study is a start on this and leaves little excuse for not doing the right thing today. It doesn’t pay to do nothing. DM

Gonsalves is a PhD student at Yale School of Public Health, where David Paltiel is a professor. Ed Kaplan is a Professor at Yale School of Management. The views expressed are not necessarily those of GroundUp.