Pythonesque: Squeezing humour out of every moment 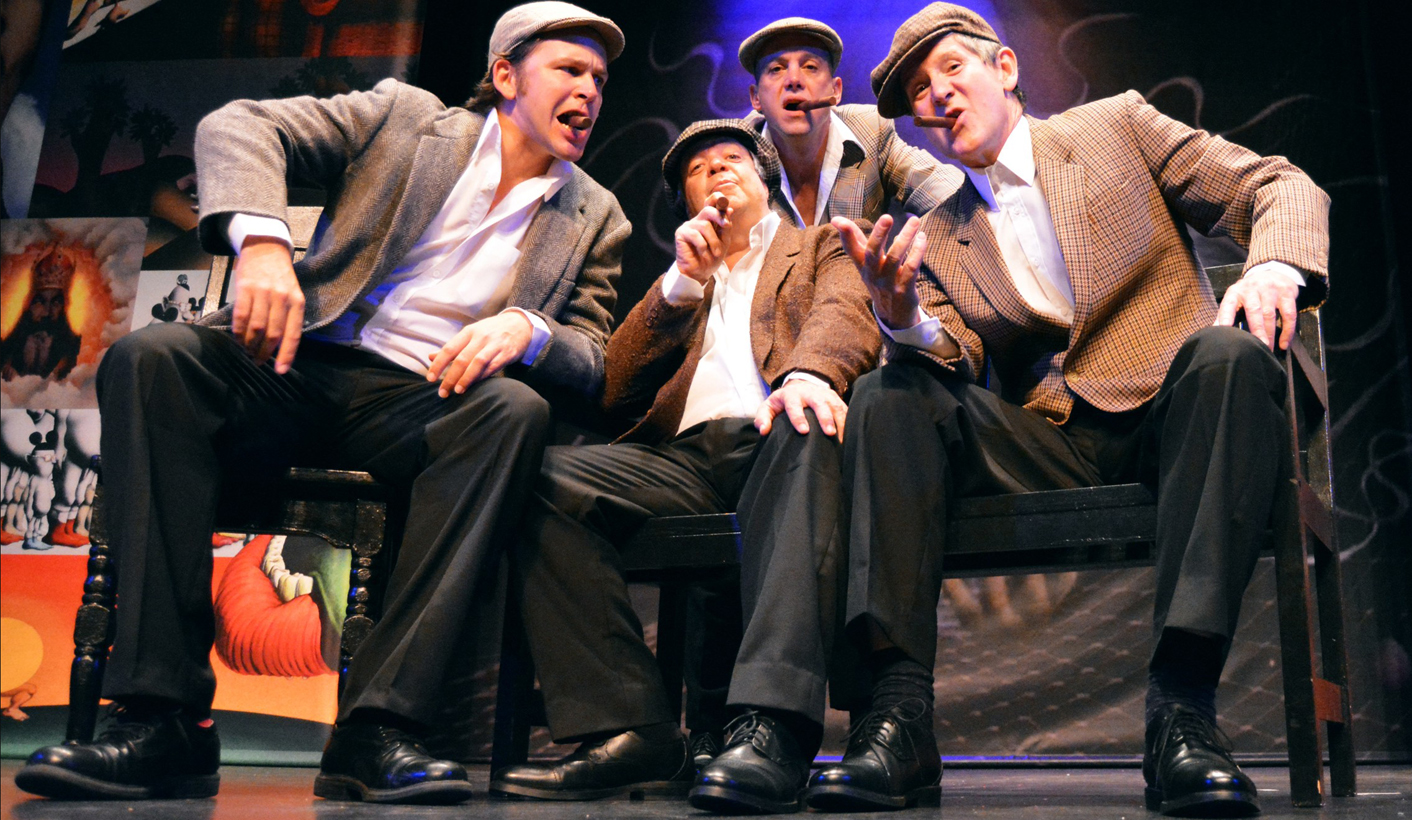 Lots of people think they can imitate Monty Python. Like the party bore who repeats The Dead Parrot sketch after too many rum and Cokes. But to replicate, rather than repeat is an altogether rarer thing, and it’s done so well by writer Roy Smiles that he could have been a seventh member of the original line-up. By LESLEY STONES.

Pythonesque is a tribute show to the madness and anarchy of the Monty Python team, but it’s not a simple and possibly rather lame rehashing of their scripts. Instead its written as a complete play entirely in the style of Python, with some of the favourite sketches worked and reworked into it.

Now in the hands of four of our funniest actors, it’s an absolute hoot and a fresh dose of comedy in its own right, not some trite tribute show for nostalgic over-50s.

Smiles, a Brit, shares the same humour as the original Pythons and entirely gets that they wrote comedy bordering on the slapstick but far too clever and wordy to descend into that.

Some of the scenes are so intensely wordy that in between trying to catch every crackers idea and crazy quip, and admiring the acting skills, you might just forget to laugh. No, that’s wrong; your laugh may be delayed because you’re listening so intently, but then you’ll guffaw and miss the next two lines.

The zany show begins with Graham Chapman (Russel Savadier) pacing at the Pearly Gates, waiting for the janitor to let him in. First The Management must review his life, he’s told, so the play launches into a rollicking tumble through the Python history.

Graham Hopkins gets to play John Cleese, not trying to look like him or imitate his unique mannerisms too much, but loving the chance to go mad and brash, and somehow imbuing him with an unexpected dignity that fills the part delightfully.

Theo Landey takes on the dual roles of Terry Gilliam and Eric Idle, giving him an excellent chance to launch a spat of fisticuffs on himself as the two characters vie for his attention. It’s crazy and hilarious, perfectly in keeping with a show that is brimming with daft nonsense of a really highbrow level. Perhaps you have to be supremely intelligent to be so manic, because the rants and monolgues the cast delivers of are social commentary at its sharpest and most satirical.

The fourth face is Robert Fridjhon, and somehow he manages to bring just a little extra sparkle that makes him everybody’s favourite as he plays Terry Jones and Michael Palin. There’s a wonderful scene where he plays the token woman who was barely remembered in a show where the men were forever dressing up as women anyway.

There’s lot of that here. It’s one of the silliest and funiest shows I’ve seen.

All credit to director Alan Swerdlow for keeping it under control, while cleverly letting it appear to all spin freely along as a fine old romp.

It’s up to date too, and I’m sure I caught a brief mention of Je Suis Charlie in a fast-paced scene of flaying religions.

Such irreverence is a huge part of the fun, but as they point out, in the Life of Brian film they managed the miraculous feat of uniting every religion against them by indiscriminately lampooning them all.

It’s an ingenious idea and an absolutely brilliant slice of comedy.

Credit too to South African theatre producer Pieter Toerien, who actually commissioned this show several years ago after staging two of Smiles’ previous shows, including Ying Tong – A Walk With the Goons, that also captured the essence of their shows while creating a completely original work.