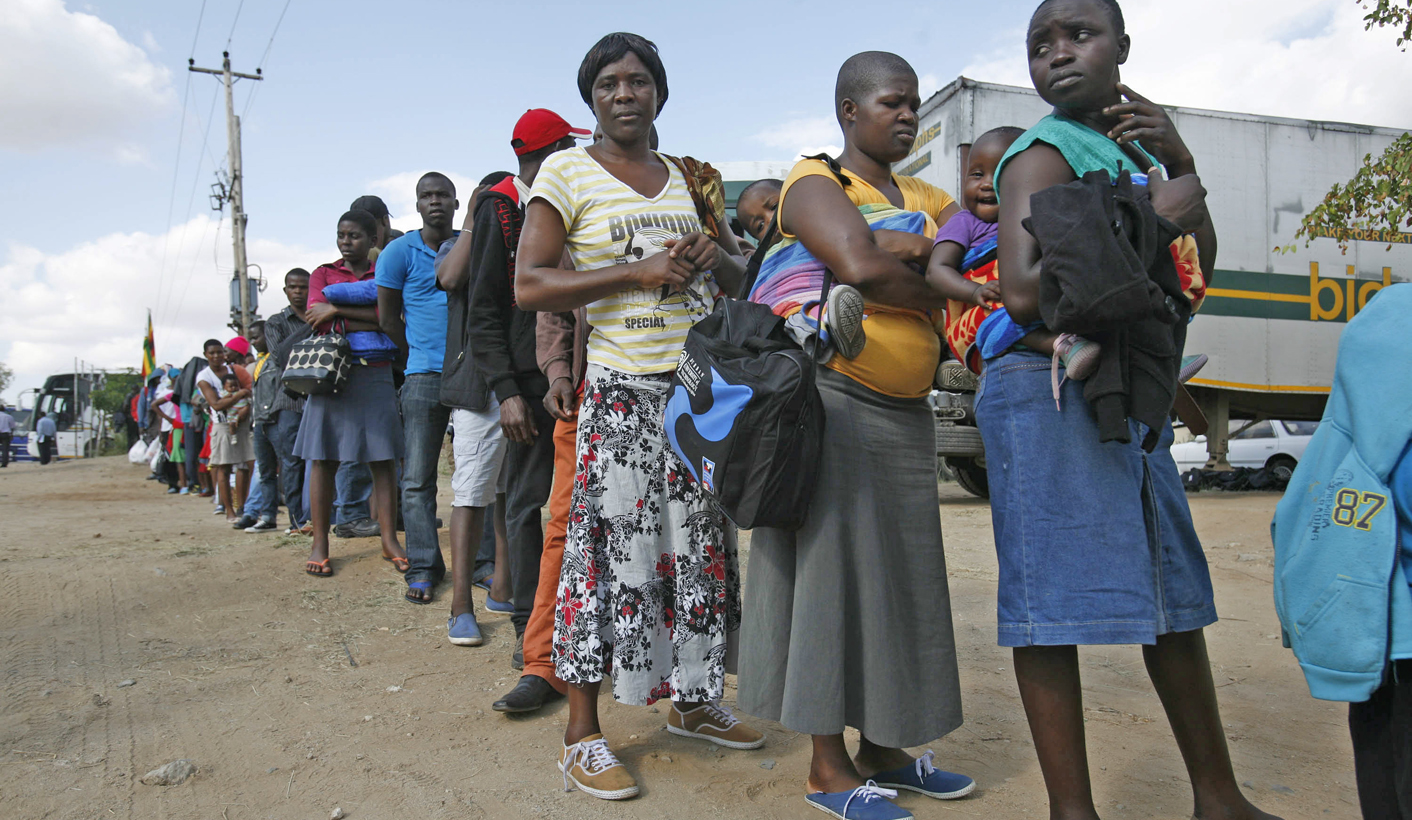 While ministers in Pretoria were announcing the launch of Operation Fiela, Parliament was playing host to a meeting bringing together officials from the South African Police Service as well as the departments of home affairs and small business. MPs got some much-needed facts and figures about foreign nationals in South Africa, the numbers of those being repatriated after the recent violence, and whether it’s true that nobody ever gets prosecuted for xenophobic violence. By REBECCA DAVIS.

A police task team has decided what’s to blame for the latest burst of xenophobic violence – and it’s not immigration policies.

Top officials from the ministries of police, home affairs and small business were in attendance on Tuesday, when Parliament’s portfolio committee on home affairs hosted a special report-back session on “violence against foreign nationals and related small business”.

The chair of the police’s ‘priority committee on foreign nationals’, Major-General Charl Annandale, led MPs through an assessment of the most recent outbreak of xenophobic violence. He stated definitively that the recent attacks were sparked by “a labour dispute over the employment of foreign nationals at the KwaJeena Store in Isipingo”. Absent was any mention of the controversial comments made by Zulu king Goodwill Zwelithini in March.

Annandale identified six root causes for the attacks, three of which took in various forms of rivalry between South Africans and foreigners over access to resources, employment opportunities and business. Local government was fingered as playing an indirect role by failing to regulate the registration of businesses. Some foreign nationals were stirring the pot through their involvement in criminal activity – “inter alia drug trafficking and trading in stolen goods”.

The last group with blame to shoulder was South African social media users, for “incitement and the spreading of misinformation”.

During subsequent discussion, one portfolio committee member suggested that missing from the list of root causes were the conditions in other African countries that prompted their citizens to flock to South Africa.

Others argued that the obvious missing bullet points from the list were to do with the failings of home affairs. One MP said that there was only one real root cause to the violence: that home affairs had not invested in its inspectorate division sufficiently in the past, breeding a context in which foreign nationals could remain in South Africa indefinitely without the necessary documentation.

Home affairs deputy minister Fatima Chohan strongly warned against this line of thinking. “I hope we’re not saying that this is why people resort to violence,” she said. “I think we must be very clear as leaders that violence is unacceptable under any circumstances… When people are attacked, nobody knows their [residence] status.”

Chohan pointed out that the best-resourced immigration authority in the world is that of the US, but that they too experience huge difficulties in trying to control the influx of migrants. Home affairs director general Mkuseli Apleni voiced similar sentiments. He said South African home affairs have 10,000 staff members to deal with 52 million citizens. By contrast, the SAPS had 200,000 staff members at its disposal. The City of London alone, he said, has 3,600 people working for its inspectorate; home affairs in South Africa have 700 in total.

Apleni also defended home affairs on the grounds that whenever the department proposes or implements measures to cap immigration, they are met with public resistance. When home affairs decreed that children travelling into the county should have an unabridged birth certificate, “there was an outcry”. When the department said that people overstaying their visas would be declared undesirable regardless of financial status, “there was an outcry”.

Home affairs’ Modiri Matthews had earlier given the committee some figures as to numbers of foreign nationals working in South Africa. Between 2010 and 2015, he said, there was a total number of 889,943 foreigners working legally in the country, of which around half had been granted work permits.

Matthews also said, however, that over 300,000 people had overstayed the time legally permitted to them in South Africa over that period. MPs suggested that home affairs were not doing enough to have these over stayers identified and removed.

In the wake of the violence, of course, some foreign nationals have volunteered to go home. Matthews said that a total of 2,767 foreigners had opted for voluntary repatriation from KwaZulu-Natal and Gauteng. The majority of these were Malawian, and all were returned home via bus.

It’s not yet clear what long-term impact the violence might have on nationals from other African countries entering the South Africa. When looking at the number of arrivals from Ethiopia, Malawi, Mozambique, Tanzania and Zimbabwe, the numbers for April thus far are fairly significantly down from March. As Matthews pointed out, however, this can’t be taken as meaningful until April is over. In total, 20,438 nationals from those countries arrived in South Africa in the whole of March, whereas 13,533 did so in the period from 1 – 21 April only.

Chohan said that part of the challenge faced by home affairs was that the department’s current incarnation only came into being in the democratic era, when South Africa stopped being an international pariah.

Prior to 1994, she said, “we were a police state and our defence force operated along our borders and very often beyond. This effectively served to mitigate illegal migration”.

The more things change, the more they stay the same: one of the government’s first moves in the current crisis was to deploy the military to patrol the South African border.

Chohan also suggested, however, that legal measures to curb immigration could only go so far in combating xenophobic violence. Part of the problem, she said, was that South Africans and foreign nationals “don’t get a chance to know each other”. Chohan said that because many Somalis don’t drink, for instance, they don’t have the opportunity to engage with locals at shebeens. “Platforms for socialising” need to be created, she suggested.

The deputy minister also reiterated President Jacob Zuma’s view that the government may have erred in the wake of 2008’s xenophobic violence by not clearly communicating the prosecutions and penalties for that violence.

“This is a very very serious matter and it is criminal in nature,” Chohan said.

In response to her invitation to supply the necessary figures, Annandale told the committee that in 2008, the 102 accused of various forms of xenophobic activity received on average three to six year sentences, with some much longer (including a life term). This time around, 309 arrests have been made so far.

Outside a few special sittings of committees like this one, Parliament is a quiet place to be this week. It’s an indication of how seriously xenophobia is being taken on this occasion that Parliament has suspended its usual business, with the intention that MPs will use the time to go into their constituencies and work with communities on mitigating anti-foreigner sentiment. DM

Photo: Some of the 300 people stand in a queue soon after arriving from Durban by free transport after xenophobia attacks in the port town forced Zimbabwe residents to leave South Africa, Beitbridge, Zimbabwe, 25 April 2015. EPA/AARON UFUMELI