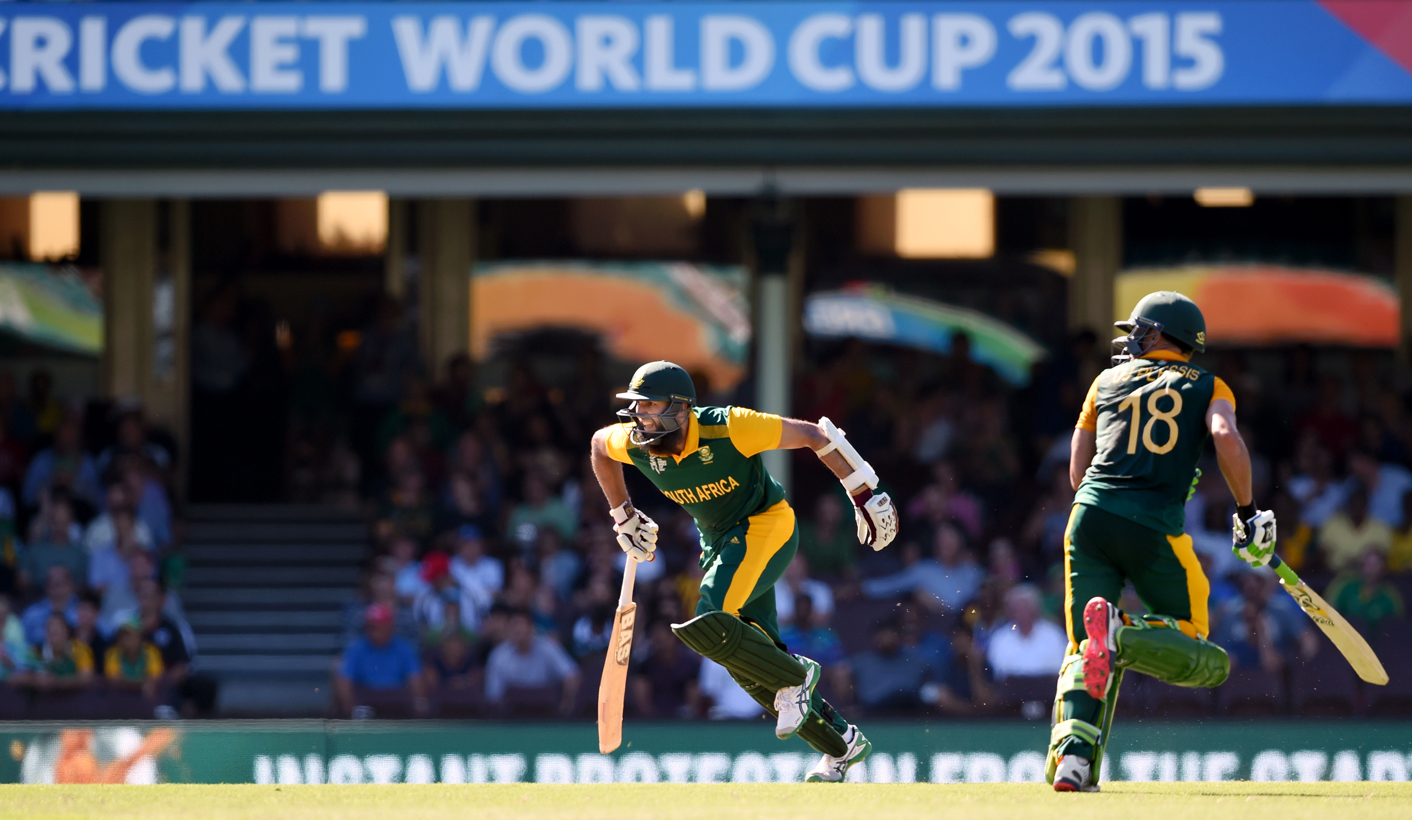 Cricket South Africa’s (CSA) response to the debacle over whether external influence was brought to bear on the selection of the Proteas team that took the field in the Cricket World Cup (CWC) semi-final defeat of New Zealand increasingly resembles the government’s shambolic attempt to deflect responsibility for the landing of a private aeroplane at the Waterkloof Air Force base in 2013. By LAWSON NAIDOO.

A government-appointed Inter-Ministerial Task Team, led by then-Justice Minister, Jeff Radebe, quickly went to work in the aftermath of the landing of a plane carrying guests of the well-known friends of President Zuma’s, the influential Gupta family. The Task Team conducted a quick sweep under the nearest carpet and assured the nation that the president had no knowledge of this and was not at all involved; nor were any other senior politicians (the blame was laid at the door of a senior civil servant who was briefly admonished and then deployed as Ambassador to the Netherlands).

Seeking to emulate this tactic, CSA appointed three members of its Board of Directors to conduct an ‘investigation’ into allegations that the CEO or members of the Board or the Minister of Sport interfered with the selection of the team that was eliminated from the CWC. These three independent Board members have not been identified and their review, conducted in one day, has not been made public. Instead, the Chairman of the Board of CSA issued a media statement in a convoluted attempt to deflect criticism from the hierarchy of CSA. Whilst it appears to acknowledge that the team was altered from that which was chosen by the selection panel, it steadfastly refuses to hold anyone responsible for playing a role in that decision. It is a blatant attempt to pull the wool over our eyes.

“No, I have no prior knowledge, involvement or communication relating to the landing of a private plane at AFB [Air Force Base] Waterkloof … The president is neither directly or indirectly involved in the authorisation of civilian aircraft landing at airports such as AFB Waterkloof.”

Let’s look again at CSA. The Board statement provides: “The team selection process and announcement followed the usual and well-established practice and procedures of the selection panel. These procedures include consulting with the chief executive on matters of transformation…”

It also quotes CSA president Chris Nenzani as saying: “It is clear that the allegations made in various media are unfounded and mischievous. The CSA Board is duly satisfied with the findings of the review panel and the performances of the selection panel.”

Whilst the president took the view that it was not his business to know which aircraft landed at Waterkloof, even if his name was ‘dropped’, the Board admits that the CEO of CSA was consulted, but sheds no light on the nature of that consultation, except to say “The convenor and coach had consulted Lorgat [the CEO] who had impressed upon them the need to properly consider the best XI bearing in mind the transformation guidelines.”

It would seem that this Board, restructured and appointed following the investigation conducted by Judge Nicholson into the Gerald Majola bonus scandal in 2012, had not taken proper heed of the importance of sound governance practices in overseeing and managing cricket. Nicholson recommended that appointment of a Board with independent directors to provide independent oversight. The Board at the time of the Majola scandal bent over backwards to protect Majola and oversaw the removal of the then-president of CSA, Dr Mtutuzeli Nyoka, because he called for an independent investigation into the payment of bonuses to Majola and other staff of CSA. The Nicholson inquiry was instituted by the Minister of Sport after an internal CSA commission exonerated Majola of any wrongdoing. Nicholson found that “[t]his commission was set up to protect Majola from any inquiry … and to minimise any fallout to him”.

The current CSA Board, chaired by Chris Nenzani, appears to have found some of the whitewash left behind by Majola and decided to use it now. Who are they seeking to protect, and why? The terms of reference for the internal review were limited to “the team selection process, the allegations of political interference and further allegations of a SMS sent by CSA Chief Executive, Haroon Lorgat, to Proteas coach, Russell Domingo, on the eve of the match.” This begs the question of who else may have been involved in the ‘consultations’ on team selection.

The issue is that the team that won the quarter-final game against Sri Lanka was changed at the eleventh hour to bring in Vernon Philander in place of Kyle Abbott to meet the CSA ‘transformation guideline’ that four ‘players of colour’ be included in the team. CSA have not explained why it was fine for the team to only have three such designated players in the previous match against Sri Lanka match, but not in the semi-final. The policy does not seem to be consistent.

There is a related issue that further unravels CSA’s transformation policy. The only member of the Proteas playing squad of 15 who did not get a game (even in the dead rubber against the UAE) also happens to be the only Black African player in that squad. Will Aaron Phangiso, the Gauteng Lions spinner, really be able to say that he participated in a Cricket World Cup when he was treated by management and selectors as little more than a glorified net bowler? When he returns to the Lions he should be able to count on some understanding and sympathy for his plight from Thami Tsolekile, who has been treated with similar disdain by the selectors over the years. Likewise, Vernon Philander, although an established Proteas player who now has the tag of ‘quota player’ thrust on him by CSA, should find some understanding from his captain at the Cape Cobras; Justin Ontong, who was brought into a Proteas Test team in place of Jacques Rudolph in 2002 in a previous botched quota debacle. It should also be a matter of serious concern to the cricketing public that there has been only one Black African player (Lonwabo Tsotsobe) who has represented the Proteas in their last 17 ODI games.

Whilst a quota system in sport to overcome the legacy of Apartheid is absolutely necessary, I believe that it must necessarily form part of a broader policy and process of transformation, and be premised on the fundamental principles of openness, transparency and accountability. These values which are enshrined in the Constitution of the Republic of South Africa must be embraced by all structures, whether in the public or private sectors, and undeniably by those which are custodians of national assets such as sports bodies. Democratic practice and sound corporate governance is the lifeblood of a healthy organisation. Any transformation agenda can easily be stymied, and abused for narrow and nefarious purposes, in the absence of a strong culture of accountability and transparency. Transformation in any sector of society cannot be sustainable without a strong democratic foundation.

The Board and Chief Executive Officer of CSA must take ultimate responsibility for what has happened. A policy of transformation, whether in cricket or in post-Apartheid society, generally is based on the moral imperative of overcoming the divisions of our racist past. When you seek to pursue a process of transformation through underhand means, you negate that moral authority and correctness. We must openly and proudly implement transformation policies and demonstrate the courage of our convictions. We should not be embarrassed to change the way the sport and is run. Hiding behind double-speak and obfuscation is not the way to go. In fact, the half-truths and deception that have surrounded this scandal have the propensity to undermine the very transformation objectives and programmes that the Board and CEO of CSA profess to champion. It is taking transformation backwards, and has handed over ammunition to the opponents of transformation.

CSA appears to be ambivalent to its transformation mandate. Brave leadership now requires that they take the cricketing public into their confidence and reveal what really transpired and what the team selection process entails. The Board must ultimately be held accountable for the decisions that have been taken because the buck stops with them. They should also issue a public apology to the cricketing fans, the Proteas team, and in particular Vernon Philander, Kyle Abbott and Aaron Phangiso. DM

Lawson Naidoo is the Executive Secretary of the Council for the Advancement of the South African Constitution (CASAC). He writes in his personal capacity.