Eskom and Transnet: Are appointments about solutions or politics? 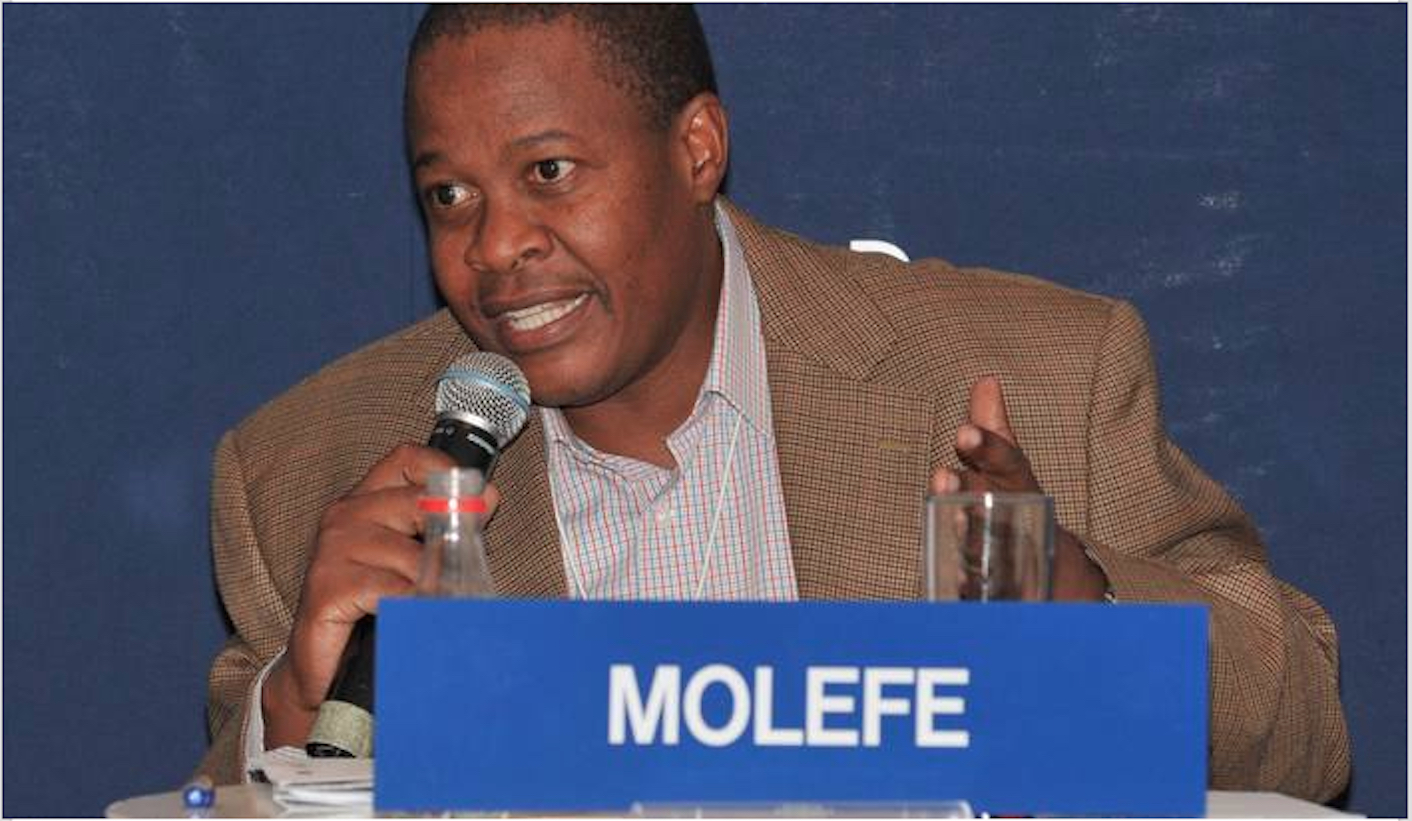 On Friday, Public Enterprises Minister Lynne Brown and Eskom managed to produce what was, for once, a pleasant surprise. Instead of more bad news about board instability, coal silos that are now just heaps of rubble and dire warnings that are then denied, we were told that Brian Molefe had been appointed as acting CEO of the utility/parastatal/fourth horseman of the apocalypse. Considering Molefe’s track record at Transnet, it’s no surprise that the announcement has been welcomed. But, lurking in the shadows, his “promotion” to the worst job in the country opens the door for a dirty little piece of parastatal history to rear its head – as Siyabonga Gama rises to the position of acting CEO of Transnet. By STEPHEN GROOTES.

It is easy to see why so many people are so pleased at Molefe’s appointment. He has a reputation as a doer, someone who doesn’t hang around waiting for things to happen. On one level, his track record speaks for itself. The Public Investment Corporation grew quickly and strongly under his guidance and Transnet has gone from joke punchline to properly performing parastatal. There was a time when, as the coal price rose, miners would bemoan the fact they couldn’t get stuff to Richard’s Bay and world markets. Those complaints are not heard anymore, and that’s partly because of Molefe’s hard work.

The man himself is also a good media performer, and in the mess of parastatal politicisation that’s occurred, that helps. He was on 702’s John Robbie Show on Monday morning, saying all the right things, and not ducking the hard questions. Yes, he was hard at work already, having met some of his top team through Sunday afternoon. No, it wasn’t just up to him, the team he led would sort out Eskom; and yes, John, stopping load-shedding is his top priority.

Almost immediately, one could feel shoulders around the country lifting slightly. At last here was someone who spoke sense, and didn’t duck. Even a question about coal contracts supposedly going to the Guptas irregularly was met with a “Judge me on my track record, John…I’ll follow the book”.

All of that said, there are some questions that do need to be answered. As Nomura Investment Bank analyst (and keen observer of this sector from London) Peter Attard Montalto suggested in an investment note, if Molefe is so obviously the right person at the right time, why was he not appointed CEO instead of Tshediso Matona (who is currently thought to be discussing legal strategy over a round of golf with Anwar Dramat, Shadrack Sibiya, and Robert McBride) six months ago? Did no one think of him? Was he asked and did he say no? Did someone, somewhere, want someone else? Considering that Matona’s appointment was considered quite odd at the time, certainly it might be helpful if someone, somewhere offered an explanation.

And then there is the question of whether Molefe knows enough about electricity. Opinion could be divided on this. On the one hand, he’s shown he can absolutely run a big organisation that has political elements. Which is what both Transnet and Eskom are. He has also shown he’s comfortable dealing with large sums of money (you know the old joke about Eskom power stations…a trillion here…a trillion there….at some point it adds up to real money). Perhaps more importantly, in a political culture that seems to almost abhor leadership, he appears to have the ability to lead. And that will matter.

However, a cynic with experience of the South African paradigm is likely to ask how it is that he has managed to square the circle that is running a politicised parastatal. Considering the ANC likes to have the final say over some of these deployments through its deployment committee, it might be important to ask: who is backing him? Others might say that’s simply too harsh on a competent person, and not everything is about politics. Considering it’s been rumoured that those who use air force bases at discount rates may be getting into this sector big time, and that the culture of corruption is becoming more entrenched, not less, the cynics are likely to continue to ask questions.

And this brings us to the man who steps into Molefe’s shoes at Transnet.

Gama is someone who almost epitomises the ANC’s hold over these organisations. It must be said upfront that no one has ever directly questioned his competence. Under him, Transnet Freight Rail appears to have improved markedly, and like Molefe, he’s a doer.

But his backstory is the epitome of the interface between administration, politics and right and wrong. In 2010, it emerged that he had signed a contract on behalf of Transnet Freight Rail with a firm owned by General Siphiwe Nyanda (retd). The value of the contract was nearly R19 million, well over his mandated limited of R10 million. He then faced an independent disciplinary hearing, and was found guilty. The hearing recommended that he be summarily dismissed for misconduct. But, in the meantime, the ANC had decided that he should actually be the new CEO of Transnet itself, as the position had become vacant.

A long struggle ensued. Then Public Enterprises Minister Barbara Hogan agreed with the decision to fire him. But then came a Cabinet reshuffle, Hogan was replaced by Malusi Gigaba, and he appointed a new Transnet board. That board overturned the decision, and eventually Gama went back to his job. Now, finally, he has got the job the ANC wanted him to have in the first place.

It is a breathtaking example of how due process can be completely trumped by politics. The cynicism of it is simply quite amazing.

One of the problems that we now find ourselves confronted with in the Eskom story is that it is hard to know if the people at the top are motivated by finding proper solutions to the energy crisis, or if the politics of patronage is at play. Or, more bluntly, is it simply about making money out of the crisis?

One of the easiest ways to allay these fears would be to follow the simple rule that the best possible person should be appointed to the job that needs them the most. It could be claimed, perhaps, that Molefe is the best possible person for the job of CEO. But it certainly doesn’t hold that the rest of Eskom is being properly managed. It doesn’t explain why Dr Ben Ngubane is currently acting chair of Eskom, or why he was even on the board in the first place. For someone like Molefe to take this job is to open himself to this question, perhaps unfairly.

But that is surely the fault of our political masters. It is they who have made these appointments to parastatals, they and no one else who have appointed people like Dudu Myeni to SAA, Zandile Tshabalala to the SABC. And it is they who have created this situation where we are now so cynical, that when what should just be good news comes along, we have to question it in the way we are now. DM