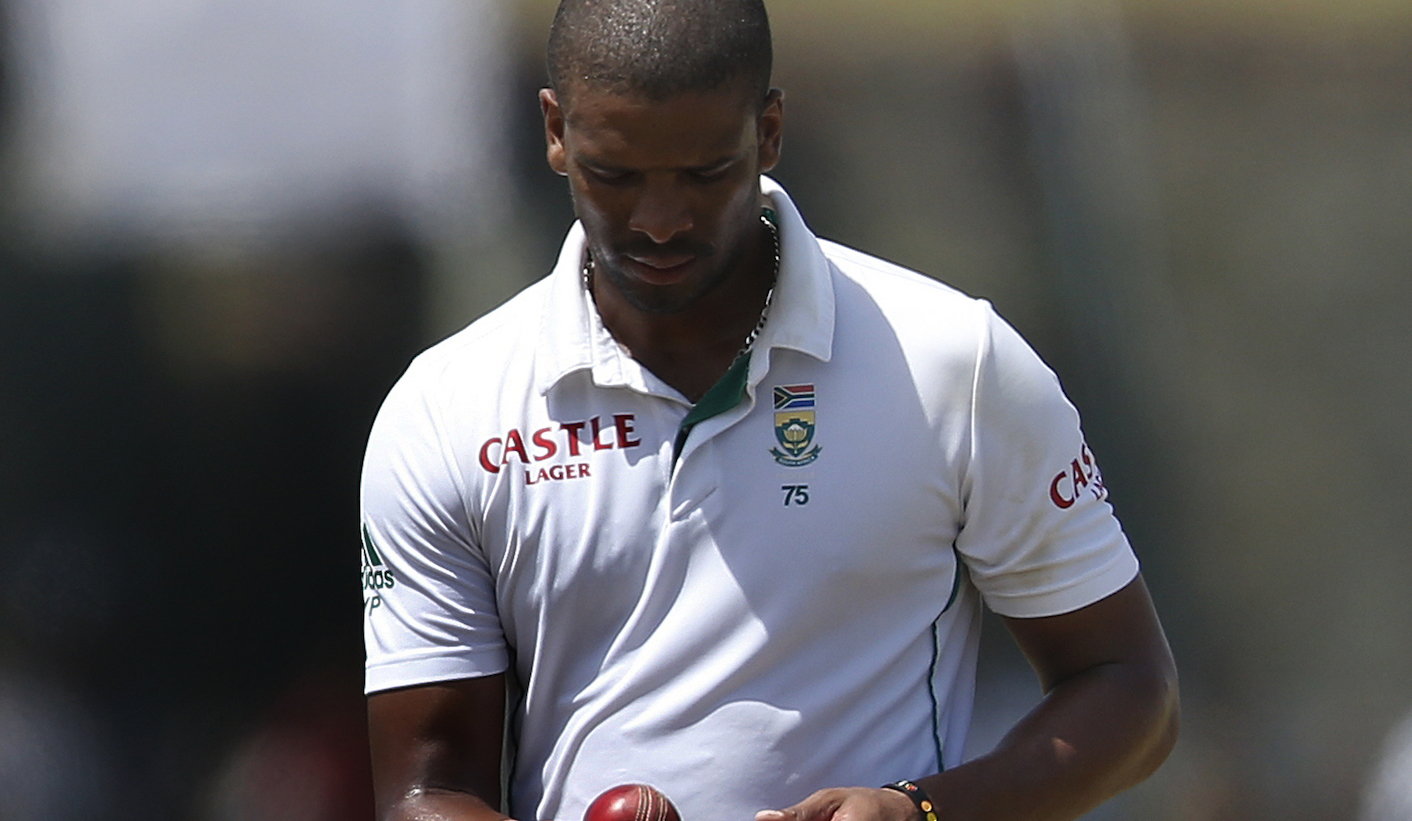 Cricket South Africa has concluded an internal investigation into the selection of Vernon Philander for the semi-final of the World Cup and found no wrongdoing. They say that will be that, but the inquiry did reveal some critical information. By ANTOINETTE MULLER.

Cricket South Africa and CSA High Performance coach Mike Horn have played a sturdy forward defensive in the face of allegation around selection meddling during South Africa’s semi-final in the recently concluded Cricket World Cup. Horn, who was last week quoted as suggesting that there was some sort of political selection interference with the squad, said on Saturday that his quotes were “taken out of context”.

“I confirm what I said in the soundbytes and the written articles, but the way it was written was not my sense of what had happened, but the interpretation of someone else. I must say I am disappointed at the way my comments were portrayed and a part of me feels let down by the negativity these reports have caused,” Horn explained.

“The story has been taken completely out of context. It’s a load of hot air, but I guess this is what the press like and feed on,” Horn said.

According to the statement released by CSA, Horn explained that he said there was a changed team from the quarter-final, and not a team changed once it had been selected for the semi-final.

An internal investigation by three independent directors on CSA’s board followed and concluded that, based on the investigation, “the allegations made in various media are unfounded and mischievous”.

The review, carefully worded in a statement released by CSA, confirmed that the selection of the national team included stipulation to consider transformation which, ideally, would see at least four players of colour in the starting XI, provided that they were picked on merit.

The review found that Vernon Philander was fit to play and said that convenor of selectors Andrew Hudson, Coach Russell Domingo and Haroon Lorgat confirmed they had received, individually or collectively, no instructions or no interference from anyone, specifically not from the Minister of Sport nor from members of the CSA Board.

It goes on to say that the convenor and coach had “consulted Lorgat” who “impressed upon them the need to properly consider the best XI, bearing in mind the transformation guidelines”. Hudson and Domingo also “confirmed the usual rigorous selection debates had taken place and that they had signed off the final XI with their full support and confidence” while the coach said he had not received a text message from Lorgat.

That, according to CSA, will be the proverbial that; but the Democratic Alliance has already called for a Parliamentary inquiry.

“The latest revelations by the Proteas conditioning coach, Mr Mike Horn, and the CSA’s insistence of silence from those parties allegedly implicated in this matter, is not sufficiently reassuring to the public that there was no undue pressure to change the team.

“Furthermore, the CSA’s own finding that there was no interference in the team selection is questionable, given that senior figures in its federations are allegedly implicated in the saga. This brings into question the genuine independence of the CSA’s investigation,” the party said in a statement.

Such an inquiry is unlikely to shed any further light on the situation. If there is any truth in the speculation and allegations, no player will go on record to talk about it. There are livelihoods at stake which simply aren’t worth risking.

There is, however, one important question to be asked. The CSA investigation says that it was “impressed upon the coaching staff, the need to properly consider the best XI, bearing in mind the transformation guidelines”. Could this correspondence be the text that set off the blaze? What was the exact content of this correspondence? Furthermore, if everyone is aware of the dispensation of “transformation guidelines” why was the team reportedly so upset when the selection was made? If this policy had existed “unofficially” since it was “officially” scrapped back in 2007, then most of the players and support staff have surely been there, done that and being told that X needs to play ahead of Y because of factor Z would not be a surprise?

South Africa’s national teams are in desperate need of transformation, but if the frustration of the failure to transform, largely due to the struggles still facing grassroots development, is spilling over into shallow solutions, there is a huge problem. With CSA recently announcing more aggressive policies where, from next season, six “players of colour” three of whom must be Black Africans, will have to feature in the starting XIs of all franchises, the problem can only magnify.

Worse yet is the porthole it has opened for ridicule of some players. When players who aren’t white are picked or have a bad day at the office, many will question whether that player was picked entirely on merit. DM

Photo: South Africa’s Vernon Philander looks at the ball at his over during the fifth day of their first test cricket match against Sri Lanka in Galle July 20, 2014. REUTERS/Dinuka Liyanawatte