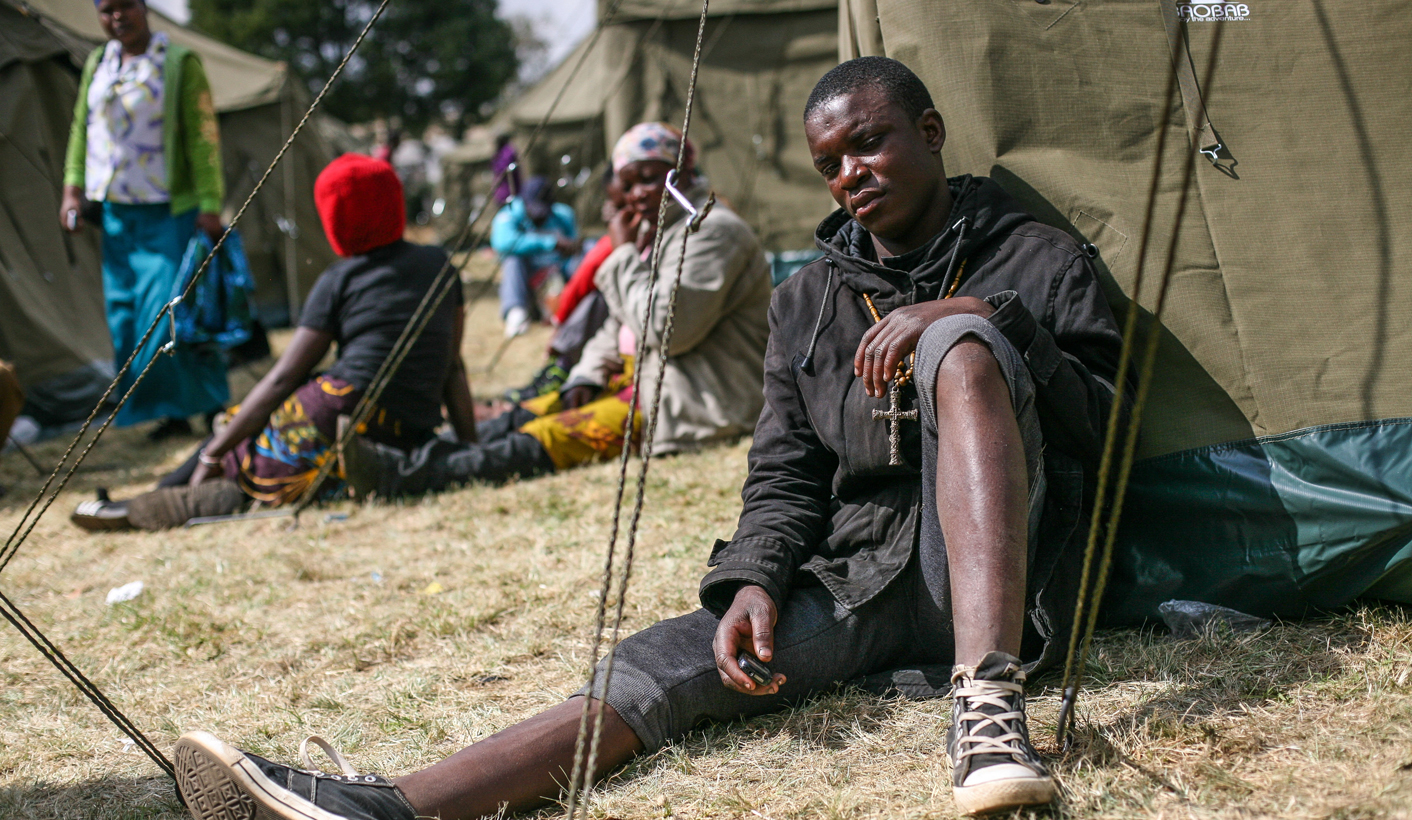 International migrants are often accused of stealing jobs from locals in South Africa. But new data presents a far more nuanced picture of what it means to be a migrant trying to make a living in the country. By Kate Wilkinson for AFRICA CHECK.

With every outbreak of xenophobic violence in South Africa, the refrain is the same. “The kwerekwere are stealing our jobs,” people say.

The claim that “foreigners” are taking jobs from South Africans“ is an argument that is always made”, says Professor Loren Landau, director of the African Centre for Migration and Society (ACMS) at Wits University. “As if it justifies killing.”

The most recent spate of violence in Gauteng, which swept through parts of Soweto, Kagiso, Alexandra and Langlaagte, claimed the lives of six people, including a one-month-old child.

“I am not xenophobic”

Statements by some government ministers have done little to calm tensions.
In the weeks preceding the violence, Nomvula Mokonyane, the Minister of Water and Sanitation, commented on Facebook that in Kagiso “[a]lmost every second outlet (spaza) or even former general dealer shops are run by people of Somali or Pakistan origin (sic)…I am not xenophobic fellow comrades and friends but this is a recipe for disaster”.

And last week Small Business Development Minister Lindiwe Zulu told Business Day  that “[f]oreigners need to understand that they are here as a courtesy and our priority is to the people of this country first and foremost… They cannot barricade themselves in and not share their practices with local business owners”.

“The idea that people are here ‘stealing’ jobs and that they don’t have a right to be here needs to be corrected,” says Dr Zaheera Jinnah, an anthropologist and researcher at the ACMS.

Myths and misconceptions travel quickly. But new data, some of which has yet to be published, presents a far more nuanced picture of what it means to be a migrant from Africa or Asia and trying to make a living in South Africa.

The Migrating for Work Research Consortium (MiWORC), an organisation that examines migration and its impact on the South African labour market, released two studies last year that drew on labour data collected in 2012 by Statistics South Africa.

A racial breakdown of the statistics reveals that 79% of international migrants were African, 17% were white and around three percent were Indian or Asian.

Jinnah said that there were misconceptions about the size of the international migrant community in South Africa. “There is a disconnect between perception and reality largely because there hasn’t been data available until now. So a lot of what has been said and reproduced is based on hearsay and anecdotal evidence or myths.”

MiWORC found that Gauteng province had the highest proportion of foreign-born workers with around 8% of the working population having been born in another country.

But while international migrants are less likely to be unemployed, most find themselves in positions of unstable, “precarious employment”. They don’t have access to benefits or formal work contracts.
International migrants in South Africa are more likely to take jobs that locals are not willing to take or find work in the informal sector.

Late last year, the Gauteng City-Region Observatory – a collaborative project between Wits University, the University of Johannesburg and the provincial government –  conducted a limited survey of the informal sector in Johannesburg.

Dr Sally Peberdy, a senior researcher at the Observatory – says that the belief that international migrants dominate the informal sector is false.  “We found that less than two out of 10 people who owned a business in the informal sector [in Johannesburg] were cross-border migrants.”

Peberdy argues that international migrants do play a positive role in South Africa. “The evidence shows that they contribute to South Africa and South Africans by providing jobs, paying rent, paying VAT and providing affordable and convenient goods.”

The Observatory’s study, which is due for publication shortly, found that 31% of the 618 international migrant traders interviewed rented properties from South Africans. Collectively they also employed 1,223 people, of which 503 were South Africans. DM

This article was commissioned by the Sunday Times and first published by AfricaCheck.org.

Photo: Foreign nationals gather for shelter at a relief camp set up in Primrose, East of Johannesburg, South Africa, 18 April 2015, after Xenophobic violence started to sweep through parts of Johannesburg a week ago. Several people have already been killed nationally during recent xenophobic attacks that started in the port city of Durban earlier this April. EPA/KEVIN SUTHERLAND