Carl Jackson, the legendary caddie who deserves an hono... 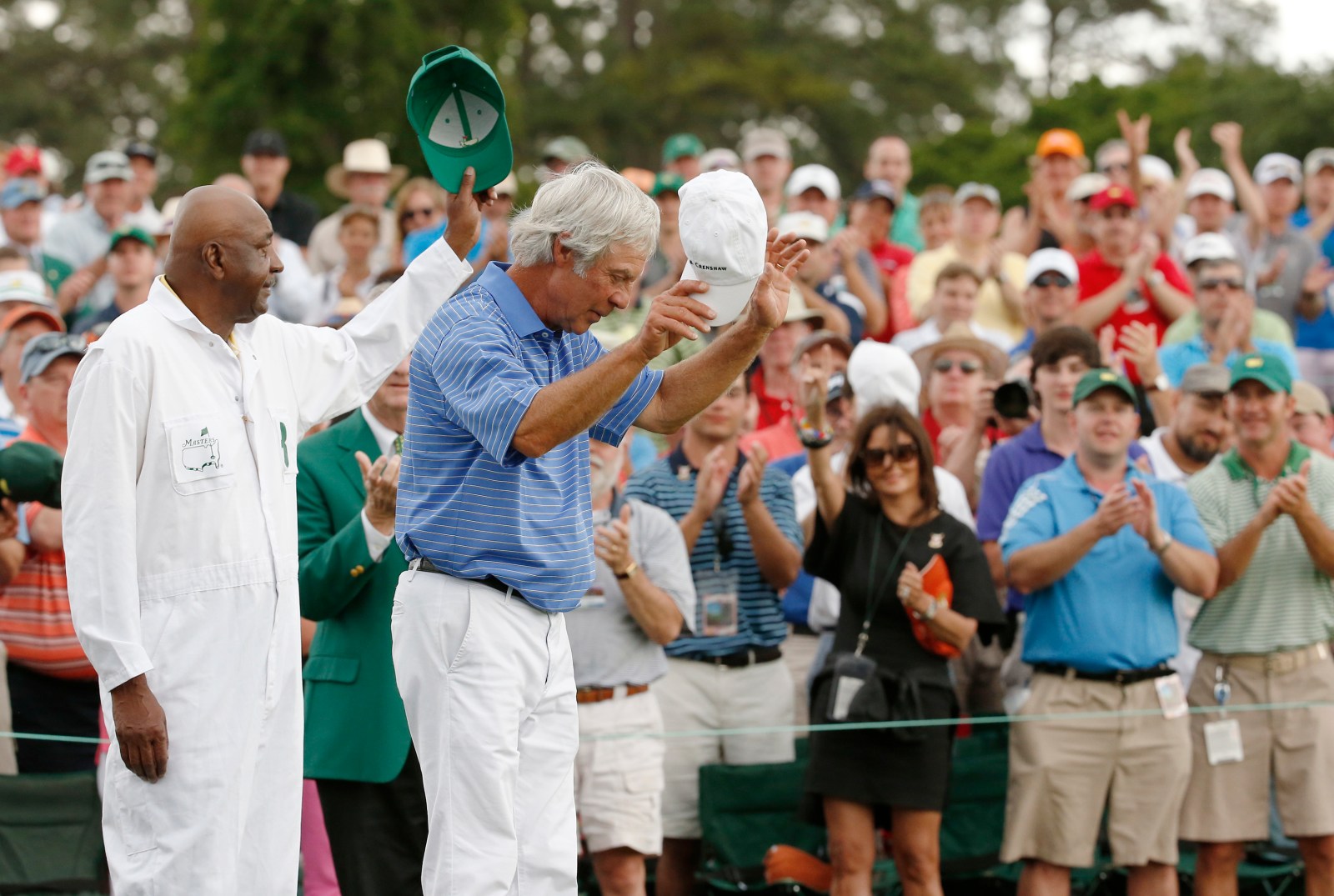 Carl Jackson is arguably one of the most famous caddies at Augusta. He could not caddie for long-time partner Ben Crenshaw at the weekend’s tournament, but his place in the game, and specifically at the tournament, deserves to be honoured. By ANTOINETTE MULLER.

The Masters Golf Tournament, which played out to a tense finish on Sunday, isn’t exactly the kind of tournament that breaks tradition. It took the club until 2012 before it even allowed women to be considered as members. The coveted Green Jacket, the prize won by the man who bags the handsome cash prize at the end of it, is something reserved for an elite few. But breaking boundaries and tradition is something which makes sport profoundly enchanting and there would be nothing more endearing than presenting Carl Jackson with an honorary Green Jacket.

For the last 50 years, Jackson has forged a strong bond with Ben Crenshaw, the two-time Masters winner who bowed out on Friday. Crenshaw did not make the cut and Jackson did not make the field to caddie. A rib injury kept the 68-year-old out of what will probably be his final Masters tournament. Carl’s brother, Bud, stood in for him on the two days when he could not be by Crenshaw’s side. His brother, too, had worked these greens for decades, starting when he was seven at the nearby Augusta Country Club, earning $1.50 for 18 holes, before he moved on to Augusta, where he was making $8 for 18. Carl might not have walked the final hole with Crenshaw, but he was there when his long-time partner sunk his last-ever putt in a competitive match at Augusta.

The image brought back memories of that famous picture back in 1995, when Crenshaw won the tournament just days after his mentor Harvey Penick had passed away. Jackson was there to embrace as he was overcome by emotions, just like he was there the first time the golfer had won the Masters in 1984. This year’s event was the first time Jackson had not caddied at the Masters since 2000. Back then, Jackson was diagnosed with colon cancer. The treatment was going to be expensive and he was ready to give up.

“I really thought I was going to die,” Jackson said. “I said let me go, instead of running up a big bill my family was going to have to pay.” Not long after, the phone rang. It was Crenshaw.

“Do what needs to be done and I’ll sort out the bills later,” the golfer said.

The six-foot-five Jackson cuts an impressive figure on the course, but getting to where he is today was not easy. Growing up in a single-parent family with seven siblings, Jackson left school when he was 13 because his mom could not afford to pay for his uniform. By the time he was 14, he began caddying at the Masters. He lived not too far from the course in distance, but miles away in terms of privilege.

“On Saturday morning, I’d walk out and see the golf course over here and the cotton truck would be parked close to my house,” he said. “Some people got on the cotton truck. But I never did,” Jackson recalled once.

Instead, he got onto the golfing green, and 39 years ago, his life would change forever. He was paired with Crenshaw for the first time at Augusta. They finished second in their first tournament together, back when the club still had the rule that only caddies from Augusta could work for golfers at The Masters. Even after that rule was done away with, Crenshaw and Jackson’s bond remained, and while Crenshaw was addressing the media on his final day, Jackson was watching, before sharing a few brief thoughts with the press. But caddies aren’t celebrated as they should be in these parts, and soon, one of Augusta’s most famous caddies was drawn away by an official in a green jacket.

But at least some corners of Augusta recognised Jackson’s role. During last week’s Mayors’ Masters Reception at Augusta Common, Jackson became the first non-golfer and the first black person to be honoured at the reception, which ran from 1999-2013 before being revived this year. He’s only the second Augusta native to be honoured, joining Larry Mize, the 2011 honouree.

Now, Jackson will have another subtle honour under his belt.

“We go off Carl’s reads,” Jordan Spieth explained, when questioned after posting the best 36-hole score in the history of the Masters.

The Carl he is referring to is none other than Carl Jackson.

Last year, Spieth finished runner-up alongside Jonas Blixt and already then, the 21-year-old had it all sussed. Jackson has worked these greens for over five decades, and has long been touted as being one of the best readers of putting lines in the game. Having watch Spieth putt during the Masters, it’s clear to see his knowledge paid off. Spieth and Crenshaw also played a practice round together before The Masters teed off this week, with the two elders sharing their knowledge of the course.

On Sunday, at the time of writing, Spieth put on the Green Jacket, and Jackson will be silently pleased, knowing that he at least played one small part in helping the young golfer achieve that feat. DM

Photo: Ben Crenshaw of the U.S. and his caddie Carl Jackson say their goodbyes on the 18th green after Crenshaw finished out his competitive rounds at Augusta National during second round play of the Masters golf tournament at the Augusta National Golf Course in Augusta, Georgia April 10, 2015. REUTERS/Jim Young