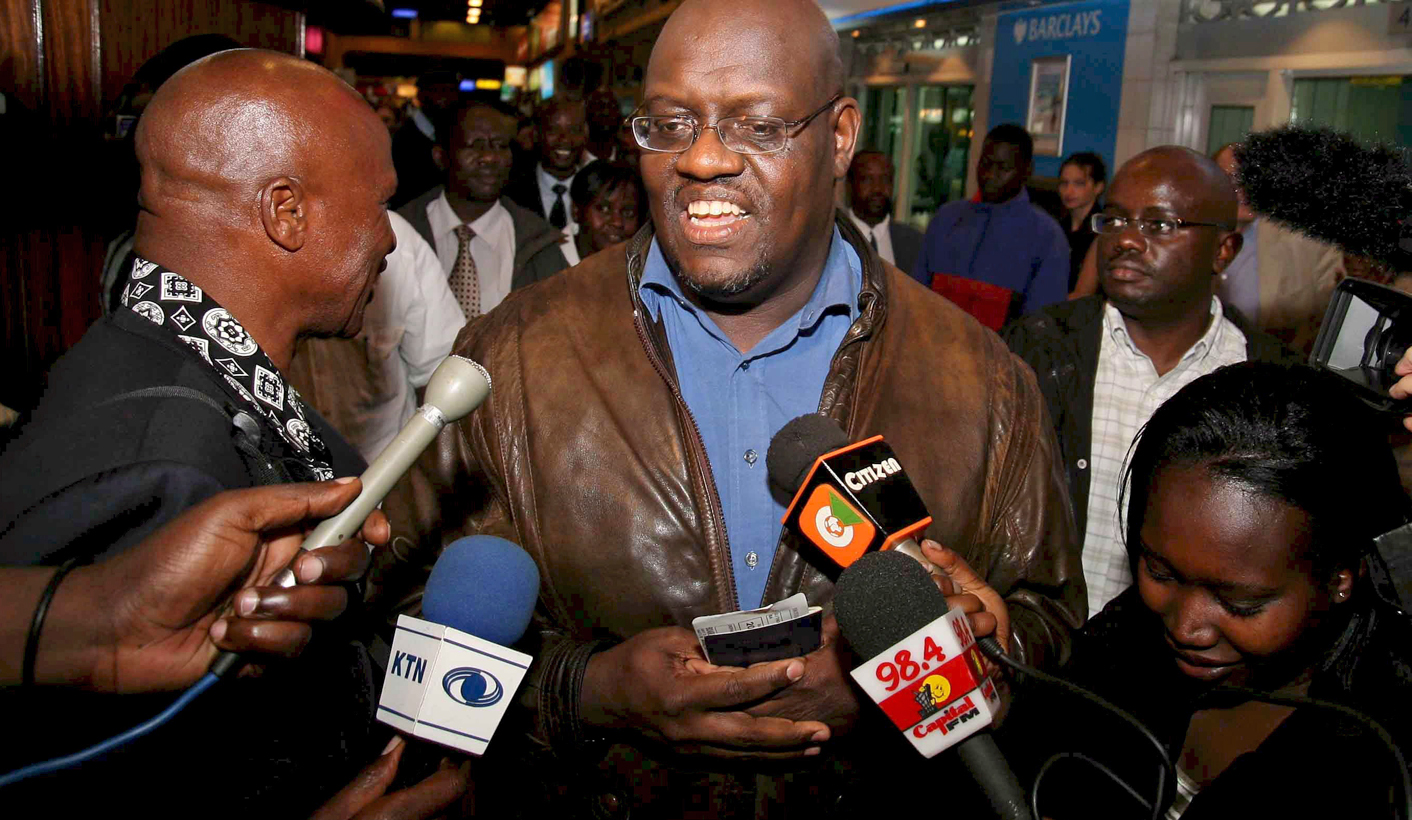 Should we be surprised that Kenya’s security forces can’t contain Al-Shabaab? In an interview with the Daily Maverick, veteran Kenyan anti-corruption fighter John Githongo says no, explaining that decades of corruption has left the state vulnerable to insecurity and terrorism. Even worse is that nothing is changing. By KINGSLEY KIPURY and SIMON ALLISON.

Throughout the course of his iconic career, John Githongo has pushed the same message: corruption doesn’t pay. It was Githongo, remember, who exposed the Anglo Leasing scandal in 2006 (the multi-billion shilling defence procurement contracts that were less about security than about lining the pockets of top officials). This is the man who took on the president himself, at great personal risk. He has literally put his life on the line in the name of truth and transparency, and shows no signs of slowing down – he’s currently heading up Inuka Kenya, an NGO focusing on governance issues, and is chair of the Africa Institute for Governing with Integrity.

In an interview with the Daily Maverick, Githongo emphasised that corruption’s corrosive effects are still deeply embedded in the Kenyan state – and that the fight against terrorism can’t be separated from the fight against corruption. His comments come after the horrific massacre at Garissa University in early April, which left 148 students dead and a nation reeling with shock.

Githongo’s main argument is that corruption has prevented Kenya from establishing an even remotely effective security sector, leaving it vulnerable to Al-Shabaab-style attacks. “Kenya has had a problem with terrorism for some time, and recognised the need for much improved equipment and technology for our security service to be able to deal with it. However national security is the last refuge of the corrupt, and there are those in government who decided that those are the contracts we are going to make money from. And in the pushing and the shoving and the disagreements and squabbling of people fighting for their cut, and things stopping and starting, goods being delivered half-baked or not at all, Kenya lost a tremendous opportunity to establish a very solid framework for defending itself against terrorism,” he said.

That’s the first problem. The second is the culture of corruption, engendered by the country’s political elite, which means that, for often trifling sums, individuals at all levels of the state are willing to turn a blind eye to threatening activity. “When people lower down the ladder in the security services, whether it’s in the police, immigration, intelligence, the military, when they see them [their superiors] steal from large scale security contracts, they then start perpetrating corruption lower down the ladder. That becomes a problem that becomes pervasive, and it is exemplified most starkly by the ease with which it would apparently seem possible for terrorists to be able to cross through our porous borders by paying small amounts of money to junior officials,” Githongo said.

For Githongo, it’s impossible to separate the current insecurity in Kenya from its history of corruption. “I think it’s definitely a case of chickens coming home to roost, vis-à-vis Anglo Leasing. If we had properly executed those contracts starting from around 2001 into 2004, we definitely wouldn’t be having the kind of problems we have right now, or at least they wouldn’t be at the scale they are at now.”

Crucially, however, corruption is not just history. According to the latest Corruption Perceptions Index, corruption in Kenya has worsened since President Uhuru Kenyatta came to power. Kenya is currently ranked 145th in the world for corruption, only just above the Central African Republic and nine spots below Nigeria.

In this context, it’s hardly surprising that Githongo reserves some of his strongest criticism for the current administration of Kenyatta. “This is the most corrupt administration since the [Daniel arap] Moi administration, if not more corrupt. It is very secretive about huge loan contracts that it’s entering into with, say, Chinese state corporations for the building of a standard gauge railway. There’s a whole range of multi-billion shilling contracts that are being entered into secretly. There’s a lack of transparency that leads to suspicion, and then there is a plethora of scandals almost once every two weeks that seem to crop up… we have an administration that talks a lot, that is very good at the PR side of things, but that is deeply cynical in its execution of the fight against corruption.”

At this point in its history, institutionalised corruption is an indulgence that Kenya simply cannot afford. “In Al-Shabaab we face the most determined enemy that we have ever faced in our history. They are a highly focused, strategic, committed, ideologically-coherent group that is opposed to the Kenyan regime in the most barbaric sort of way,” said Githongo.

It’s hard to argue with Githongo. There is a link between corruption and terrorism, and if Kenya wants to confront the latter it must stem the former too. To do so, it must start at the very top. “The way corruption works is that the person who is taking 1000 shillings at the border post is kicking back part of that money to his senior, and his senior is passing that on. It’s a network. A person alone can’t really perpetrate this kind of corruption, especially in the sensitive border crossing, without being covered by his seniors. That’s why I said you start at the top, you start the clean-up and it filters down to the bottom.” DM