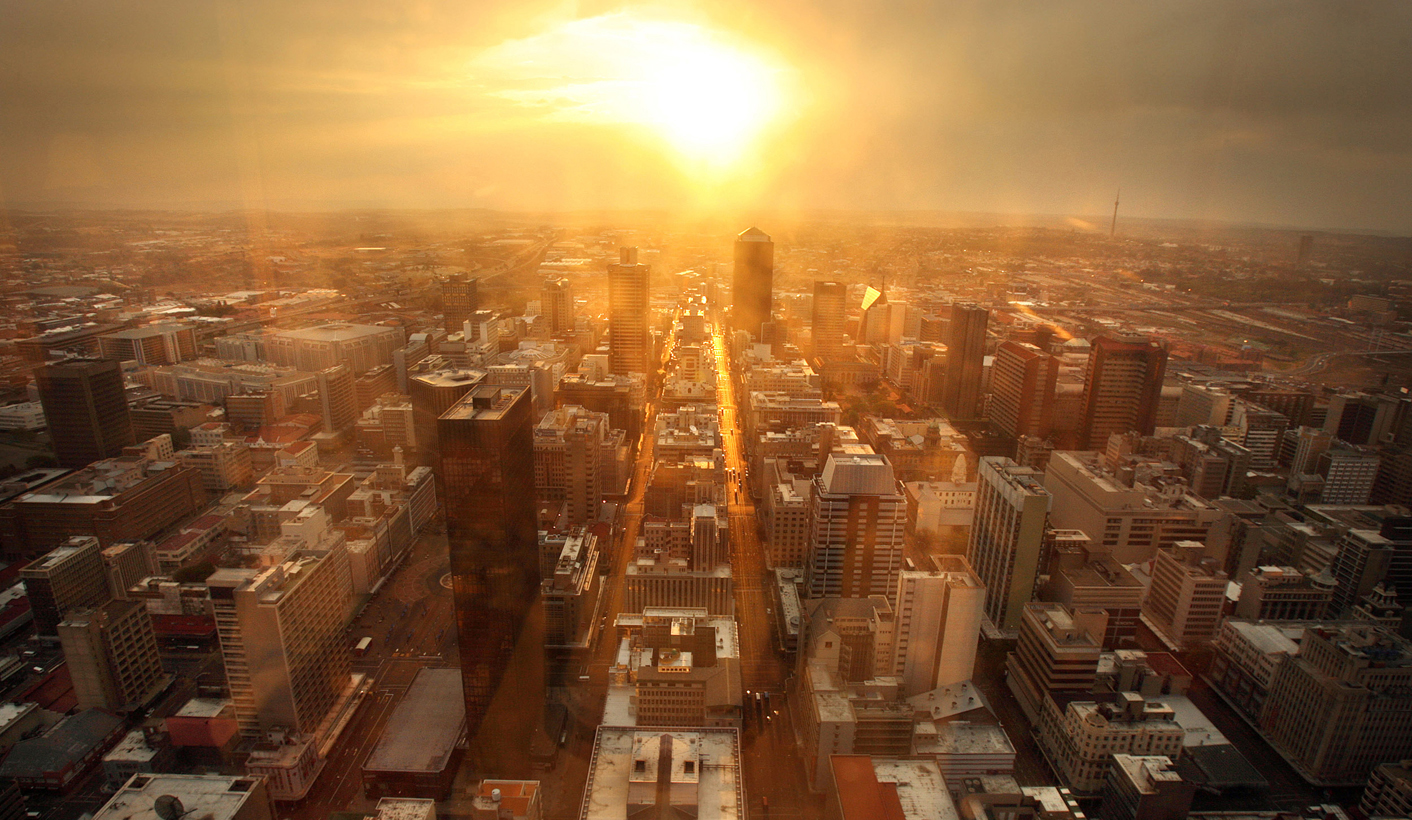 Sovereign wealth funds seem to be the new must-have accessory for African governments—especially those with freshly discovered oil and gas reserves. In the past three years Angola, Ghana and Nigeria have all set up funds. A string of other countries including Kenya, Liberia, Mozambique and Tanzania are planning to follow suit. But are these funds delivering? And do they make sense in an African context? By LOUISE REDVERS.

These days, everyone wants a sovereign wealth fund (SWF). “The label sovereign wealth fund sounds sexy. ‘Norway has one, Chile has one, Qatar has one, we want one too,’ is what we are hearing a lot” from African leaders, said Andrew Bauer, an economic analyst at the Natural Resource Governance Institute (NRGI), a New York-based NGO.

But are SWFs suitable financial tools for the African continent? That is the multi-billion-dollar question.

Different types of SWFs have different aims, but generally, the goal is to put aside and invest surplus revenues, a bit like a pension fund, so they can be used when finite resources such as oil and gas run out.

SWFs also act as fiscal stabilisation mechanisms, giving governments access to liquid assets they can draw on in times of need—crucial for resource-dependent countries vulnerable to commodity price shocks. They can also channel investment into specific projects like infrastructure development.

A well-managed SWF boosts credit ratings and lowers borrowing costs. It also raises a country’s profile: where there is money to invest, bankers and financial publications will queue up to know more.

The most famous SWF custodians, such as Norway and the energy-rich Gulf states of Qatar and the United Arab Emirates (UAE), have large fiscal surpluses, low debt levels and limited spending needs because their populations are small and well-educated. As a result, observers rarely criticise—on economic grounds at least—these funds’ diverse investments into assets such as football clubs, real estate and hospitality groups.

But can countries like Angola and Nigeria, with high child mortality rates, low life expectancy and entrenched poverty, justify holding oil revenues out of their state budgets to put them into separate funds for a rainy day?

“Our government tells us this fund is about saving for a future generation,” said Elias Isaac, director of the Angola office of Open Society Initiative for Southern Africa. “But how can you even think about that when such a large portion of the current generation is living in poverty without access to basic services?”

Javier Capapé, a researcher at Esade business school’s Center for Global Economy and Geopolitics in Spain, sees it differently. “African countries have needs to be solved, but that is why they want to save some money for future generations,” he said. The UAE and Qatar used their SWFs as tools to diversify their economies, he added.

Well-managed SWFs also protect countries from the so-called Dutch disease, where mineral exports boost the currency, making local products more expensive and less competitive, Mr Capapé argued. Botswana established the Pula Fund in 1994 to manage diamond revenues and now has an asset pot of nearly $7 billion. “Botswana remains a successful case study that should receive much more attention,” Mr Capapé said. “The fund has been a good vehicle to smooth government revenue in periods of economic downturns and to transfer mineral wealth for future generations,” he explained.

But what are the guarantees that SWFs will be insulated from the endemic corruption found in resource-rich African countries? For the NRGI’s Mr Bauer, this is a crucial issue. Without full transparency and oversight, he warns, funds set up to benefit a country can turn into vehicles for patronage, corruption and squandered wealth.

To avoid this, “SWFs should be accountable to the public,” he said. They need to be “completely transparent, provide information as to what their activities are, what assets they are holding, who is managing the money, and be subject to laws that are overseen by the Parliament and the public”.

The Libyan Investment Authority (LIA), set up in 2006 by the country’s former dictator, Muammar Gaddafi, and run by his inner circle including his sons, is often cited as an example of how a mismanaged SWF can do more harm than good.

Full details of what went on at the fund have never been disclosed. (Accounting firm Deloitte valued the LIA assets at $66 billion, according to an April 2014 Bloomberg news article.) However, accounts published since Mr Gaddafi’s death have reported a costly mix of corruption and incompetence by fund officials as well as external managers hired to invest its assets.

Ghana launched two funds in 2011 to manage its new-found oil wealth: the Ghana Heritage Fund and the Ghana Stabilisation Fund, with a joint asset pot of around $450m. The government has worked hard to create strong legislation that promotes transparency around the funds’ investments and activities.

That same year Nigeria set up the Nigerian Sovereign Investment Authority (NSIA), an umbrella body to run three funds with diverse mandates. Today the NSIA holds assets of around $1.35 billion. Despite Nigeria’s reputation for graft and the well-documented leaks from the NSIA’s forerunner (and still existing) Excess Crude Account, the government has so far won praise for its approach.

“Nigeria has worked hard to put a clear governance structure in place to reduce the risk, and it appears to be working,” said Victoria Barbary, director of Institutional Investor’s Sovereign Wealth Center, a London-based firm that tracks international finance.

Angola’s fund has attracted critical reviews. Launched in 2012 and claiming assets of $5 billion, it is sub-Saharan Africa’s second largest after Botswana’s Pula Fund.

From day one, the inclusion on the board of José Filomeno de Sousa dos Santos, the eldest son of Angola’s president of 35 years, has overshadowed the Fundo Soberano de Angola (FSDEA). Angolan opposition parties are not only displeased with the involvement of Mr dos Santos, who is now chairman, and his close business associates, but also with the lack of public consultation that preceded the FSDEA’s formation.

“Members of Parliament were not given an opportunity to discuss the political scope of the fund or view its legal framework,” lamented Alcides Sakala, a spokesman for Angola’s largest opposition party, the National Union for the Total Independence of Angola.

“The result is a lack of transparency in the management of public affairs,” he added. “While there is no separation of powers these abuses of power will continue, encouraging corruption, embezzlement of public funds, and money laundering.”

“There’s nothing wrong with seeking to achieve multiple goals; many funds do this all the time,” said Ms Barbary, citing the Qatar Investment Authority and Singapore’s Temasek as examples. Problems arise when “governance structures for this type of management and strategy for each goal are not clearly defined to the stakeholders, which opens the door to corruption and failure”, she said.

“The original mandate of FSDEA was initially saving, but it appears to have changed to include developing the hospitality industry, for example, without any published independent assessment or explicit rationale,” she said. “This type of mutability of mandate might result in the fund failing to fulfil its initial mandate or any subsequent goals that it has been asked to reach.”

The FSDEA’s domestic investment portfolio also includes a social fund providing laptops for schools. In the longer term, it is expected to finance large infrastructure projects.

This type of spending may counter critics who say SWFs are not suitable for African countries. No one disputes that Africa’s infrastructure deficit is holding back growth and development. Sub-Saharan Africa needs to spend $92 billion a year to bring the continent’s roads, railways, telecoms and electricity distribution up to scratch, said Donald Kaberuka, African Development Bank president, during a speech in late 2014.

The International Monetary Fund (IMF) disagrees. “It is not considered best practice for an SWF like FSDEA to have development objectives,” it said last September in a paper about Angola. “Investing external proceeds in the domestic economy triggers sterilisation costs and thus raises the need for close coordination with the monetary authorities.”

Perhaps the most pressing issue for all African funds is the plummeting price of oil. After years of surplus, Angola is staring at a deficit of as much as 14% of GDP for 2015 due to the collapse in the price of crude, the country’s main source of revenue.

In January the government in Luanda announced a public hiring freeze and other austerity measures. It has ignored calls from the IMF to include a stabilisation tool within the FSDEA. So, while Angola has a hotel school that promises to create jobs in the long-term, for now it must borrow on the global markets at elevated prices to control its deficit.

Does it make sense to borrow money at a higher cost than the return on investment? Or is it wiser to put cash aside for future generations while slashing public spending for those in the present? These are the central questions surrounding SWFs’ suitability for Africa. The jury is still out. DM