‘We’re not a black DA’: Welcome to the new radicals in Agang 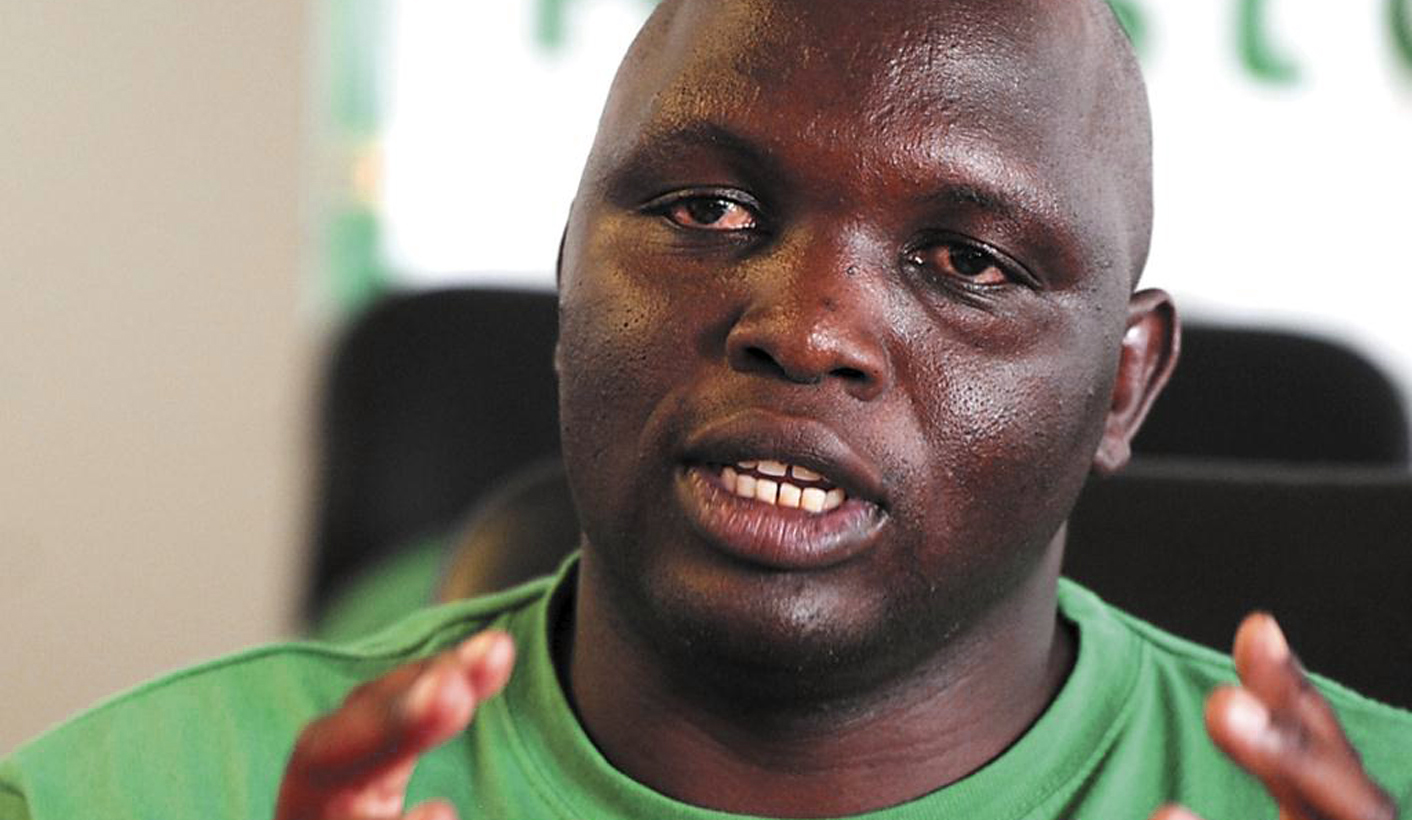 Remember Agang? The party established – and then abandoned – by Mamphela Ramphele has been mired in financial and legal troubles since the elections. Last weekend, Agang’s acting president Andries Tlouamma told City Press that the party was “going radical”, and intended to make the EFF’s Julius Malema look like a “sissy”. REBECCA DAVIS spoke to Tlouamma about their newfound revolutionary spirit, relations with Ramphele, and how we all have “a little Cecil John Rhodes inside us”.

Who is the current leader of Agang – you or [former acting head of Agang] Mike Tshisonga?

I am. It’s over one month ago. Mike Tshisonga failed [in his court action against the party], and got punitive damages. Tshisonga is expelled.

Tshisonga was one of Agang’s only two MPs. Who will replace him?

We have not yet decided. We don’t want to jump the gun. Parliament has its own processes. The first week when it opens, we will have our NEC meeting. We are just waiting for the Speaker’s processes.

Do you have any contact with former leader Mamphela Ramphele?

I personally don’t have any contact, but she calls us when she wants. But you know, she’s resting. She doesn’t want any disturbance.

Is there any resentment towards Ramphele from the party? Does she give you advice?

There are no hard feelings. She said goodbye to us. You know, normally when you are the founder of the party, it’s like your child. You’ll always want to check its progress. She might be out of the party, but she is very much in her soul linked to the party.

It has been reported that Agang is in dire financial straits. What is the party’s financial situation?

I don’t know why the issue of Agang being in financial difficulties is such big news, because all political parties have financial problems. It is very unusual in South Africa for a founder to leave the party. People want to die with parties they have founded. Most of the creditors started to come when [Ramphele] left.

Where we have difficulty is those accounts where we need verification. We do not want to be paying someone just because they smiled when Ramphele passed.

You can’t have the whole world screaming at you that you are buying a jet like Zuma is buying now. We verify everything.

The constitution Agang has is essentially a flying constitution. We were planning to fly to DA: it was not necessarily a constitution for the party to survive longer than that period. So now we had a meeting to establish a living constitution. To look at policies, because we do not want to be seen as a black DA. If we have to sound like DA, it is a waste of time, because why don’t we just join DA?

We can also be pro-poor. The real challenge in this country is the poor who are illiterate, who have no political education. We believe we need to contest that terrain. Emerging parties are giving them wrong information. Agang is here to proclaim and take over that space.

While we believe in progression, we think South Africa has lost its identity. For example, we are questioning the removal of Rhodes’ statue because we believe there is a little Cecil John Rhodes in everyone. Are you going to stop talking English? That is the legacy of Rhodes. Removing the statue is impossible if people are not starting to introspect and think about who [they] are.

Speaking of English, you said in an interview with City Press that the party was considering no longer speaking English. Was that serious?

I’m talking English to you now, ma’am. I was saying English must be a second language in South Africa. When you don’t speak your language, you lose your culture. I’m going to talk English when I talk to English people. But it is irritating for Agang to see a Zulu speaking English. South Africa has become more like Britain. Malema, he speaks English, but he says his whole movement is around socialism. But he is even buying some of his clothes in Britain, including Louis Vuitton, which I think is a British designer.

Er…Anyway, some of your voters must have been white and English-speaking. Is it a concern that this might alienate them?

I am not in any way not appreciating what we have benefited from Western culture. But I am sure they will enjoy us meeting them, embracing them. We need to know and love each other with who we are, all of us. I am also respecting other people’s cultures. I am not pushing for the domination of my culture over others.

English-speakers who are voters will still vote for Agang. But I want us to remain ourselves. It will be like a crossing of cultures. You must be an African who is civilised, appreciating other cultures.

You also said your party is moving in a “radical” direction. What do you mean by this?

What we have now is a mixed economy. Old business, capital – the structure of it still continues. What we see is a few black people added into that ladder, who happen to be those in the ruling party. It’s the same productive forces that were there before 1994. What this government knows best is to tax us, and steal it also. You cannot have the majority depending on the taxation of the few.

Our strategy is to say: let’s talk to the Ruperts and the Oppenheimers and say: You can’t afford to risk your investments. The economy is within the hands of a few. These very powerful families can actually benefit South Africa. We need to sit with them. We are not preaching Communism. We go to them and say, here you have the majority of people who are suffering. Which is the best way you can include them into the productive forces?

We are realistic. Communities should be able to have partnerships with private business.

It might not sound radical now. When it comes to a company that is making money in mining, our approach is a civilised approach. We know you’ve been making money. We want to talk to you to give generously to this community; you will give these shares to workers, but in a realistic manner, not in a parasitic manner. We believe we shouldn’t allow people to be aggressive.

What is the most important thing that Agang now stands for?

Good governance and transparency, and making sure that industrialisation must include the poorest of the poor. And we are very much against corruption at all levels. Where there is corruption, we’ll go and camp in every minister’s house.

Because you only have two MPs in Parliament, obviously it’s difficult to make a dent…

I have a different view. My view is that if you are an MP, you will make a significant contribution. The only problem is the electoral system, that people vote for the party and not the person. This is one thing we are taking from Ramphele: that the electoral system must change.

We are making a dent. Our motion of no confidence [in President Zuma, which Agang has approached the courts to ask that MPs be allowed to vote secretly on] – if we win, it will be historical. People will vote with their conscience. We are making a very serious dent.

Would you concede that the leadership turmoil within the party – first Ramphele leaving, then the battles between you and Tshisonga – has seriously damaged Agang’s credibility?

No, it’s not true. Other people are leaving parties and coming to Agang. Every political party has differences – look at EFF. The only problem with Agang is that the founder did not allow Agang to grow before she left. That created a place for opportunistic people, snakes and hyenas, to say: Here I can make money.

We are there to serve the people, not ourselves. The credibility of Agang is growing every moment. They said Agang was dead when Ramphele went, but they are talking about Agang everywhere now.

Will you be contesting the 2016 local government elections?

Of course we are. But elections today are money. We are realistic people. We are not going to go to provinces where we haven’t established ourselves. We are targeting Tshwane, Johannesburg and Ekurhuleni and Western Cape too, we are making inroads there. For now, there is a likelihood that we will surprise many. We can even win Tshwane. Anyone who writes off Agang is in for a surprise. They will ask themselves: What happened? DM