Too little, too late from government after attacks on foreigners hit KZN 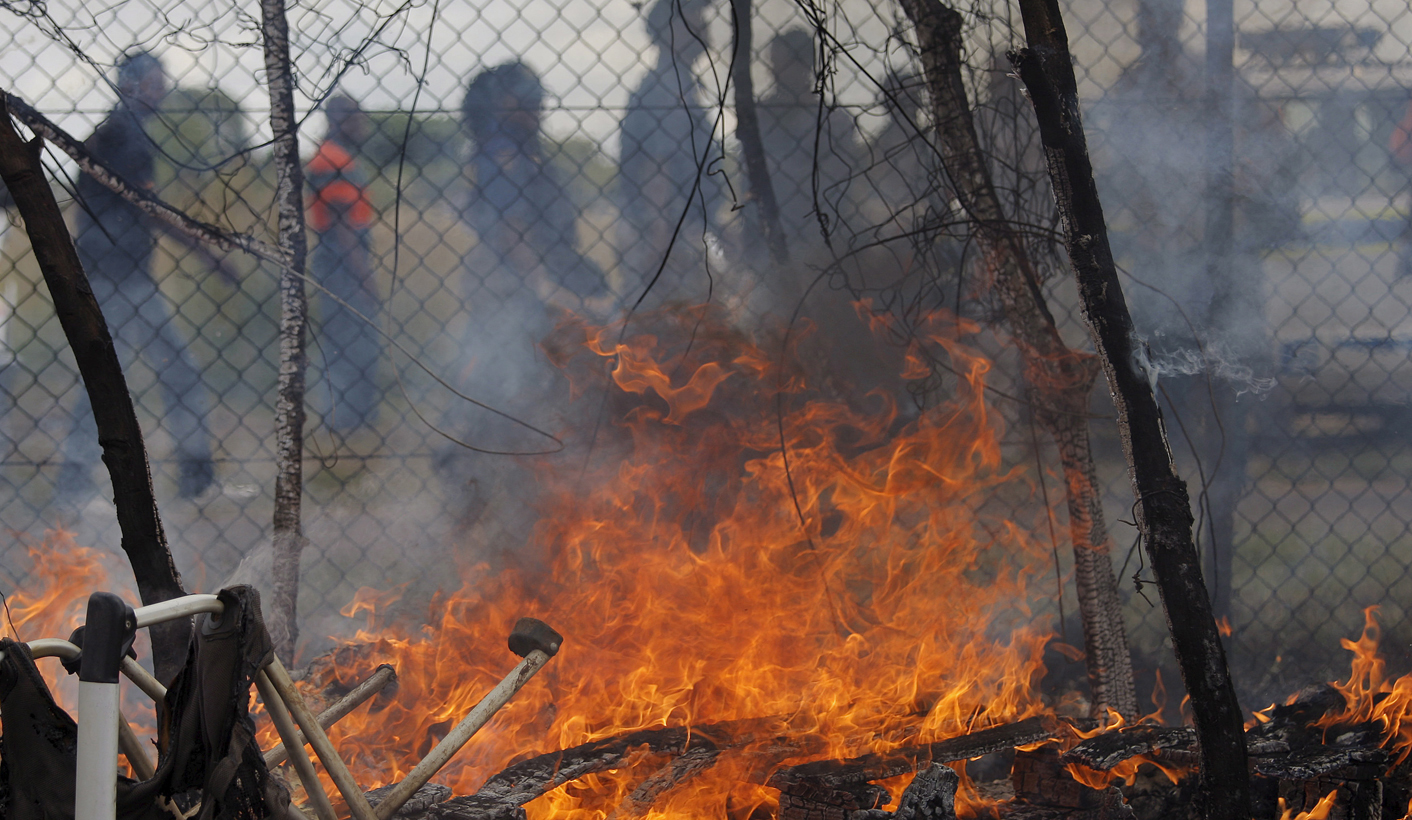 A week after foreigners were chased from communities in KwaZulu-Natal, political leaders are responding to the issue. Yet the underlying causes of xenophobia are likely to remain. By GREG NICOLSON.

Speaking near where xenophobic attacks occurred last week south of Durban in Isipingo, Home Affairs Minister Malusi Gigaba is reported to have said on Sunday that the Constitution entitles everyone in South Africa to certain rights and the protection from victimisation. He said government would help the foreigners be reintegrated into their communities and help those who want to be repatriated.

Last week foreigners were attacked and their stores looted in Isipingo, Malukazi and Umlazi, forcing them to seek refuge in a police station and take shelter in tents. The attacks resembled xenophobic violence and looting that started in Gauteng in January, but in KZN appear to have been fuelled by comments from King Goodwill Zwelithini. Political leaders have condemned the violence, but with regular victimisation of foreigners across the country in recent years the problem looks set to continue.

On Sunday, as around 250 victims were registered in Isipingo, Gigaba expressed the government’s regret over the violence. “The important thing in that case is for them to register their names with their community leadership so we can know who they are, which countries they come from, and then we will facilitate their return to their home countries,” Gigaba told eNCA on helping those who want to leave the country. The minister committed the state to helping victims who want to stay in South Africa, aiming “to ensure reintegration, to address issues which have been the causes of them being attacked.”

After the violence, KZN SAPS Commissioner Mmamonnye Ngobeni said police would investigate the issues. “We urge members of the community to bring peace in their areas and not to fight amongst themselves,” said Ngobeni. “We will not tolerate such attacks and damaging of property belonging to foreigners, and this must stop. Our police officers in blue will continue to monitor the situation in the province and will investigate those cases already opened. Cases of public violence were also opened after the community members barricaded the roads around Isipingo and Umlazi area.”

Both the provincial ANC government and Inkatha Freedom Party (IFP) leader Mangosuthu Buthelezi have also condemned the attacks. According to The Mercury, the provincial government encouraged a dialogue on xenophobia that could bring about a solution. “In this regard, the executive council reaffirms its belief in shared humanity as central to contemporary global meaning of human rights and development,” said a statement from the premier’s office, noting the ongoing problems of poverty, unemployment and inequality.

Buthelezi visited the area on Saturday after seeing footage of a woman in Isipingo fleeing with a young child. “Most of our neighbouring countries accommodated our politicians during the struggle. They were always with us and were not cruel to us. They did not discriminate against us and ask what we were doing in their countries,” Buthelezi was quoted as saying by The Mercury. The IFP leader also defended Zwelithini’s remarks.

The SA Human Rights Commission is investigating Zwelithini for recent remarks blamed for sparking the violence. In the wake of xenophobic attacks in Soweto that spread to other areas of Gauteng, the king allegedly said foreigners should leave the country because they are taking economic opportunities and destroying local culture. He later said he was talking about illegal immigrants and foreigners who commit crimes in South Africa. But taking a hard line on foreigners in public, as opposed to through government channels, was likely to lead to attacks in KZN, given the timing and Zwelithini’s influence.

According to a victim quoted in The Citizen, before looting a foreign-owned store, a group of locals chanted, “The king said kwere-kwere must go!” The Sowetan quoted a man who claimed he participated in the attacks: “We are saying enough is enough. Even the king is saying these people must go back to their countries so that we can get back our jobs.”

After violence erupted against foreign-owned businesses in Soweto in January, Small Business Minister Lindiwe Zulu established a government task team with home affairs and the department of trade and industry to look at the underlying tensions between local and foreign traders. During that outbreak, the state condemned the violence but labelled the attacks as criminal rather than xenophobic, and said local businesses need support to compete with the foreign, and often efficient, competition.

Largely, however, no one has been held accountable for the reoccurring attacks against foreigners and foreign-owned businesses that, while worst during 2008, have continued to flare across the country for years. Until perpetrators can be charged, foreigners will remain an easy target for local politicians and traditional leaders looking to deflect blame on delivery failures, unemployment and poverty, petty thieves, and business owners forcing competition out of the market. Initiatives to encourage dialogue on xenophobia began after the 2008 attacks, but for political leaders setting the agenda, the issue is only a priority after attacks occur. DM

Photo: Flames is seen from one of the burned tents after hundreds of refugees clashed with police at the Klerksoord shelter in Pretoria, South Africa, 02 March 2009. EPA/KIM LUDBROOK.