Golf: The Masters of intrigue

Golf: The Masters of intrigue 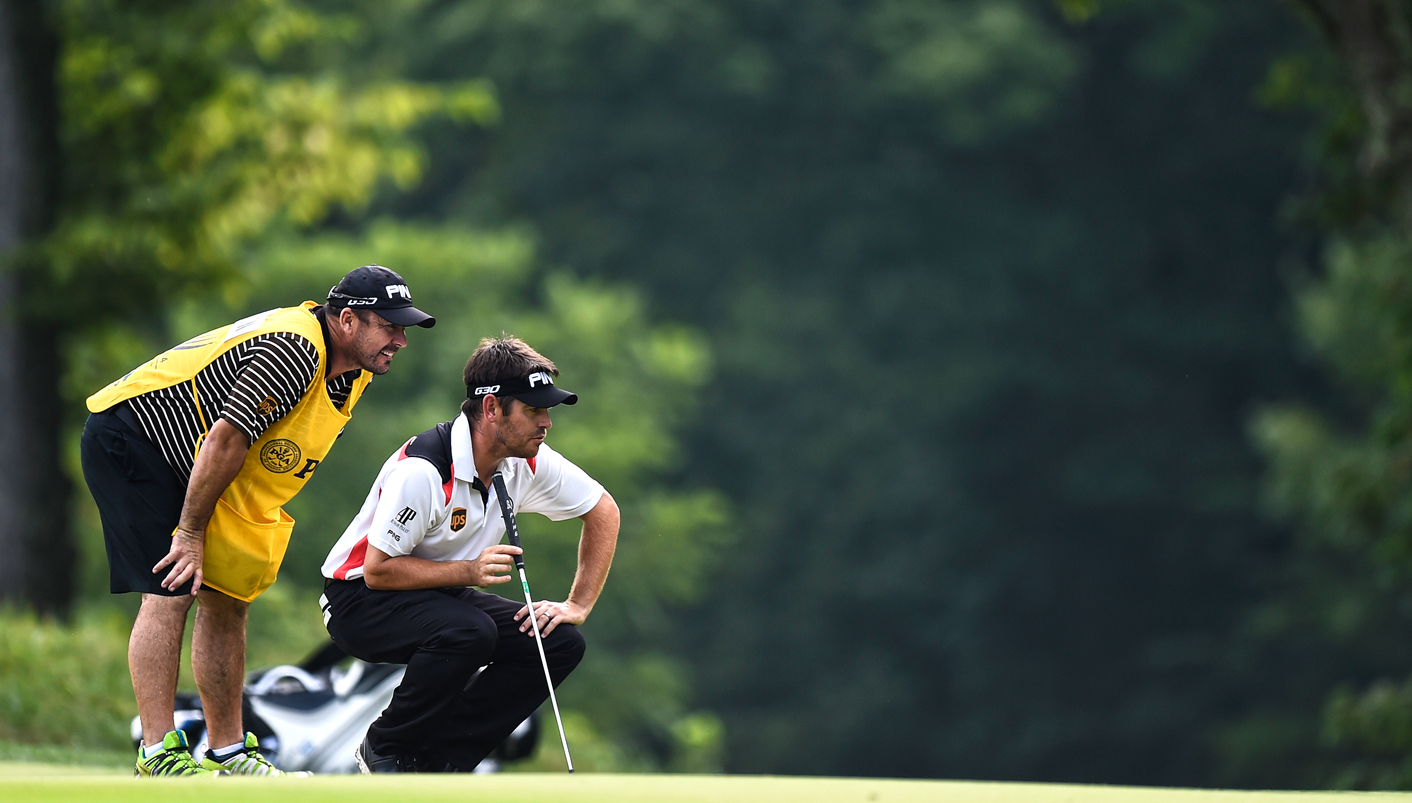 The Masters is one of the highlights on the golfing calendar, and it offers an intriguing narrative for everyone, even those who rarely take an interest in whacking balls about. By ANTOINETTE MULLER.

Ah, the Masters. The pinnacle of golfing events, where laymen learn about blooming azaleas, where we are reminded that some golf clubs are still stuck in the 1800s; where a woman’s role is in the kitchen and where “get in the hole” is the height of humour from privileged onlookers who make you want to stick knitting needles into your ear drums just to stop the noise.

Once you get past those little hurdles, though, the Masters offers something really special. It’s something even the most passive observer can’t help but be drawn into. Like the Winter Olympics, where all British people become experts in curling, Football World Cups where everyone understands the offside rule and Cricket World Cups where South Africans are experts in the psychology of choking, the Masters turns everyone who has ever played a round on the PlayStation into an expert on angles and how hard a player should drive.

For those in the northern hemisphere, the tournament also holds some symbolism. It heralds the end of winter, while those in the southern hemisphere start planning how best to put on their winter coat. Whether or not you consider golf a sport or just a glorified hobby for middle-aged men, hardly matters, because the intrigue will have you unable to tear yourself away. Its timing, too, is perfectly suited for indulgence. At 20:30 South African time, when the kids have gone to bed and the washing up has been done, the first images will flicker across television screens. It lasts until just after 1am, early enough for a Sunday night rendezvous where you will be forgiven for arriving at the office just a little bit late on the Monday morning, and you can always blame traffic.

But where The Masters really captures the imagination of the average sporting fan is that it doesn’t necessarily reflect reality of form, ability or even experience. Its charm lies in the fact that sometimes the journeymen or the ageing veterans and, once in a while, the little-known underdog has a chance to walk away with the big prize and that coveted Green Jacket. So no matter who you draw out of a hat in the office odds, there is always the tiniest chance that your choice might come up trumps.

It’s interesting because, although self-indulgent, because individual sports such as golf rarely offer viewers the same kind of adrenaline rush that team sports do, it’s that much more tempting to latch onto the glory of an individual from one’s country performing well. As Roger Federer and Chris Froome will attest, South Africans have a unique way of claiming individuals who perform well as their own.

Luckily for us, there’s no need to search too far for a South African footprint on this illustrious event. Since 2000, a South African has been the winner or featured in the runners-up of this event nine times. Two have won it in the last seven years. This year, five of South Africa’s golfing sons will step onto the hallowed turf and the country can latch onto their journey, all while hoping they get to explain to the world once more why the Afrikaans word for box is offensive.

But as with many tournaments, this one is not without its chequered past. Not allowing women as members until 2012 is only the most recent sticking point. The white player/black caddie narrative dominated the course for many years and now that the policy of the tournament providing caddies has been done away with, the glaring absence of black faces serves as a reminder that racial equality in golf remains a significant challenge. While we would all love to see someone like Vuyo Sontsonga (the 59-year-old who plays along the N2 in Cape Town with just four clubs) someday tee off on a big green, it’s unlikely to happen.

But some caddies have survived and have become legends in their own right. Carl Jackson remains exemplary as ever. He has been a caddie for over five decades and will make his 53rd appearance when the tournament tees off on Thursday.

Every nook and cranny of the Masters seems to offer up intrigue, and while the golf remains the main attraction, the sideshows are often easy to relate to.

Will Bubba Watson walk away with his third Green Jacket or will Rory McIlroy finally overcome the cursed yips he always catches at Amen corner? Will Tiger Woods make it past the first two days or will Louis Oosthuizen force South Africans to stay up way beyond their bedtime deep into Monday morning?

What of the young Jordan Spieth, who has finished runner-up in his last two outings and managed a win at the Valspar Championship? Dustin Johnson is back in action after fighting a mental health battle, while old-timer Phil Mickelson has had a disappointing few years, but already has three Green Jackets in his cupboard.

These questions are impossible to answer yet. Even the bookies have all picked vastly different favourites. The only way to find out is to surrender to the mystery of one of the world’s most prestigious golf tournaments – and keep watching. DM

Photo: Louis Oosthuizen of South Africa lines up a putt on the 3rd hole during the final round of the 96th PGA Championship golf tournament at the Valhalla Golf Club in Louisville, Kentucky, USA, 10 August 2014. EPA/LARRY W. SMITH