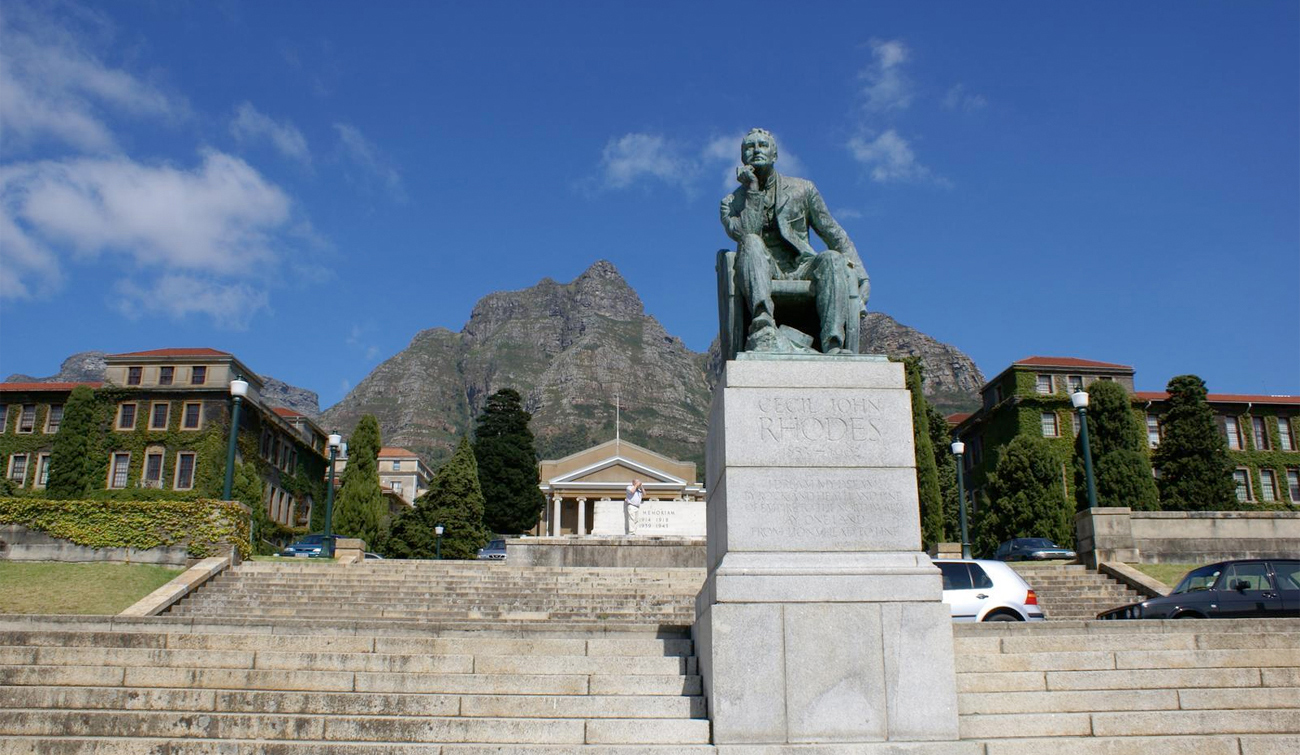 Rhodes will fall. This is a victory won by the Rhodes Must Fall movement of black students, supported by black workers and staff! And as the movement says, there must be more. In the interests of broader debate, we publish in full this response by JON HODGSON to a recent piece in Daily Maverick by Professors Jeremy Seekings and Nicoli Nattrass.

I write as a white (cis-sex, male, straight) UCT alumnus, speaking to other white people.

Removal of the statue has now been endorsed by UCT’s senior leadership and senate, under positive pressure. But this has happened as part of a process by management to consult stakeholders and consider views. Yet white voices shouldn’t matter on the subject of the removal of the statue.

“White students in particular cannot be consulted in such a process because they can never truly empathise with the profound violence exerted on the psyche of black students. […] an alumni that is overwhelmingly white and male will only prejudice black people, and black women particularly, in the decision-making process.”

Quoting Rhodes Must Fall doesn’t mean the movement needs my endorsement to be heard. It doesn’t. But, as a black former student leader from UCT said to me, I should use my voice to say to other white people that white voices, even of endorsement, shouldn’t matter on this first demand of the Rhodes Must Fall movement. Yes, there is law regulating heritage sites. The law requires consultation, as the Minister of Arts and Culture has recently repeated. And UCT’s management may be obligated to consult. But white voices shouldn’t speak up in this process, other than to thank Rhodes Must Fall.

Yet many continue to shout. Every online comment thread I’ve read about Rhodes Must Fall shows a volume of explicit racism that is sickening. It’s sickening to me as a white person, with the privilege of looking away and living life white. Fellow white UCT community members: don’t you see that so many white responses show why Rhodes Must Fall is imperative and white voices on the statue and the lived experience of black pain and oppression shouldn’t matter?

UCT professors Jeremy Seekings and Nicoli Nattrass argue in “Rhodes and the Politics of Pain” on 31 March 2015 that we’re seeing “politics of pain” and “racialisation of pain” […which] fosters an intolerance of both the diversity of opinion and of reasoned deliberation, and it easily serves to obscure some privileges and injustices”. But they don’t explain how it’s the deep, unsurprising pain at “the profound violence exerted on the psyche of black students” that is responsible for the tactics and decisions they critique.

Seekings and Nattrass also suggest that UCT should have commissioned proposals for the statue to be moved and turned into a critical “educational project” on “imperialism, ‘warts and all’”. I like this suggestion. But I wonder whether they tried to make it, somehow, to the Rhodes Must Fall movement? What the three of us think isn’t material here. As a good white friend says, transformation entails white people “filling up” less space and black people “taking up” more. Black voices need to take and claim space. We, here and now, about this statue, need not be heard.

More broadly, the movement is explicit about the role for those trying to be white allies. Quoting Biko, to start:

“’the place for their fight for justice is within their white society. […] they themselves are oppressed […] they must fight for their own freedom and not that of the nebulous ‘they’ with whom they can hardly claim identification.’ […] We support the White Privilege Project and encourage white students to engage with that. We also welcome their participation in radical action as a sign of solidarity, so long as that participation takes place on our terms.”

That I and many friends at UCT never thought twice about the statue (even when we argued that UCT must do more to transform), illustrates Biko’s words. It’s whiteness that unconsciously normalises statues of racists.

I remain grateful, inspired and shamed by the Rhodes Must Fall movement. Grateful because transformation is imperative and the movement is making UCT a better university. Inspired by the radical action. And shamed because I did little to support transformation in my time at UCT.