Cairo to the Cape Flats: The Journey Begins 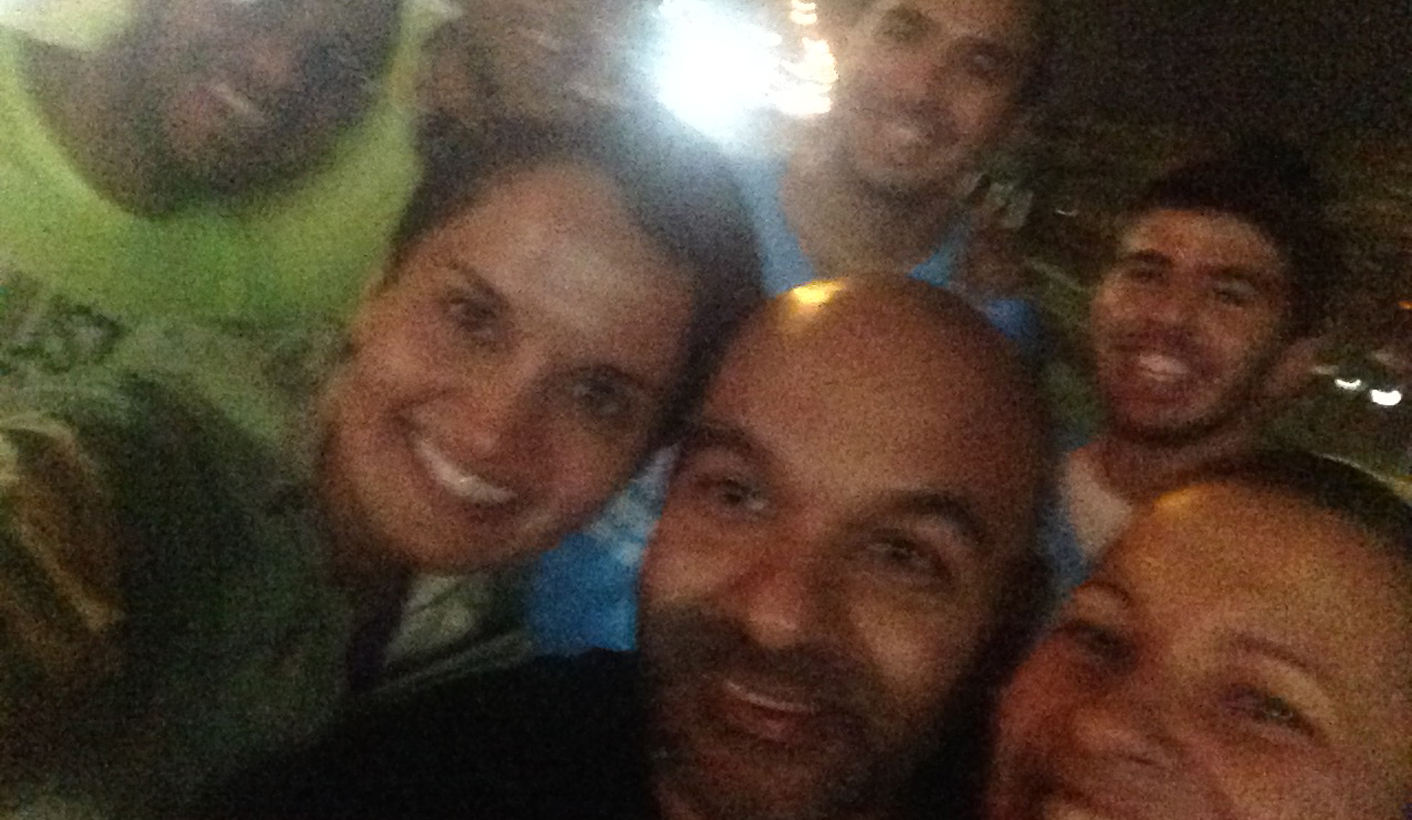 There are generally two responses when we tell people that we've quit our jobs to travel across Africa from Cairo to Cape Town. Some folks are excited and even inspired to do the same; others just shake their heads in disbelief. As we make our way home to the Cape Flats over nearly 100 days, the following stories capture some of our wonderful adventures. By FARZANA PALEKER & KAYUM AHMED.

It’s a chilly Monday evening in Cairo. Seven young Egyptians form a small circle on the edge of the street. We are standing among them feeling a little anxious. The dusty streets around us are filled with cars hooting incessantly. Our wonderful host, Martha, a fearless Egyptian road warrior who manages to seamlessly navigate her way through the chaos that is Cairo traffic, explains that the hooting serves as a signal, alerting other cars that you are about to change lanes or that they are about to crash into you.

Faraas eventually arrives and introduces himself to us with a polite fist bump. He is the organiser of tonight’s activity: a neighbourhood run around a little park in the bustling suburb of Heliopolis in Cairo. During our run we discover that the Cairo Runners Club was formed three years earlier with only a handful of people. Today, there are three thousand runners associated with the Club.

At 21, Faraas is nearly half our age, so we struggle to keep up with him. Our strategy is cunning yet simple: ask him as many questions as possible so that he does most of the talking during the run. After 45 minutes of dodging huge holes in the sidewalk, mounds of garbage and stray cats, we end our run with some stretching exercises and a post run selfie.

Martha suggests that we reward ourselves with some stuffed pigeon in the Khan el-Khalili bazaar adjacent to the al-Hussein mosque. The pigeon is served on a metal tray – two rice-stuffed birds at a time. We manage to get through the first bird as she watches us, searching for facial expressions that tell her whether we’re enjoying our meal.

“Tastes like chicken,” we conclude simultaneously as Martha explains that the birds are a delicacy in Egypt. It’s not surprising given the number of stray cats running around. We’ve seen packs of stray dogs in other places, but eight or ten cats running around in groups must be unique to Cairo.

We amble through the cobblestone streets, making our way past several spice and incense traders, as well as belly dancing costume outfitters. Martha explains that according to tradition, a bride would purchase a belly dancing outfit for her wedding night to entertain and entice her groom. Recently, however, more brides opt not to participate in this custom. Apparently many Egyptian women never learn to belly dance at all.

Egyptian Nobel Prize winner for literature, Naguib Mahfouz, makes various references to traditional belly dancing in his books. Many of his characters were inspired while sitting at Al Fishawy, a local cafe where one can sip tea and smoke sheesha until the early hours of the morning. Usually, there’s a long wait for a table with locals and tourists jostling for seats at this famous cafe. According to many locals, tourism has dropped significantly since the revolution in 2011. This was evident from the few visitors we encountered at the Pyramids earlier that day.

We are seated at Al Fishawy immediately and order cups of sahlab, similar to “boeber” – a porridge like drink made with vermicelli, nuts and sultanas usually consumed during Ramadan in Cape Town.

But this is not the only similarity we encounter in Cairo. The parallels between ours and our host’s family are uncanny. We were raised in Muslim households thousands of kilometres away but immediately felt a sense of familiarity in Martha’s Coptic Christian home. From the decor in the apartment, to her mom constantly wanting to feed us, even packing padkos for our day trip to Alexandria. This devout Christian family proudly escorted us to the Hanging Church of St Mary in old Cairo where we learn from a Muslim guide that Christians make up 10% of the Egyptian population.

The church is heavily guarded by military personnel since the former president, Mohamed Morsi, who represented the Muslim Brotherhood, was removed from power. We get the sense that religion, in Egypt, like race in South Africa, remains a lens through which society is continually evaluated.

Interfaith relationships are generally taboo and since religious affiliation is not always as visible as race, young Egyptians on the dating scene have come up with innovative ways to distinguish Muslim from Christian. For instance, Christian men wear gold chains while Muslim men wear only silver.

Travelling beyond Cairo, it is clear that Egyptian society is more complex than this simple binary narrative. In the same way that the black-white narrative fails to fully capture the South African story, Christian-Muslim relations in Egypt are interwoven with issues of class, language as well as poverty.

As this ancient civilisation struggles to make sense of its contemporary identity, Egypt appears to be stuck somewhere between the past and the present. While its history has been well documented, its future remains unwritten. DM

Farzana Paleker is a specialist dentist with an interest in bioethics and health law. Kayum Ahmed is her devoted husband and the executive director of HumanRights.org.za. Follow their journey on Instagram: #CairoToCapeFlats