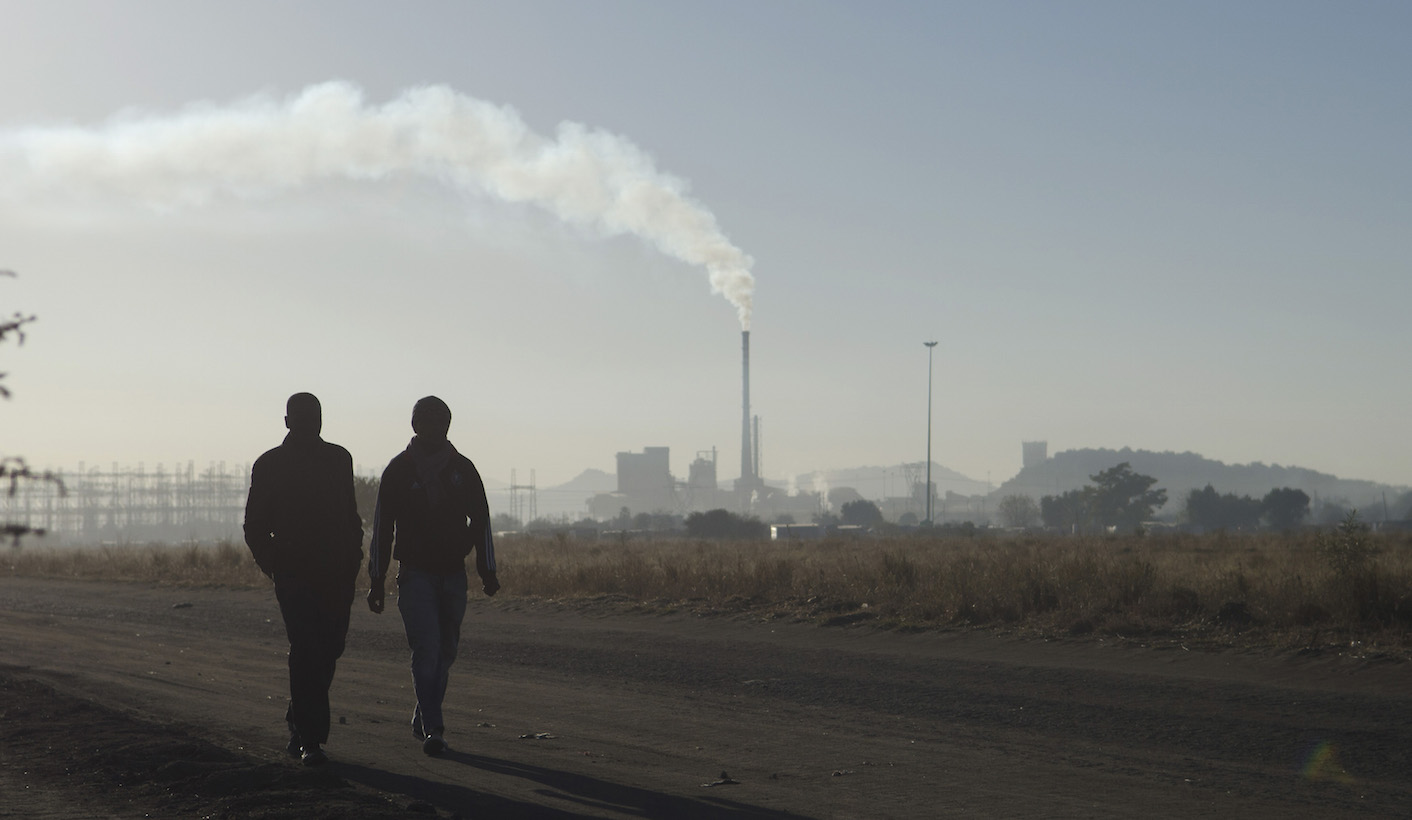 When Mineral Resources Minister Ngoako Ramatlhodi on Tuesday spoke on companies' compliance with the Mining Charter, the results were once again disappointing showing mining houses continue to fail to meet set transformation targets. But the issue that's stolen the show is ownership and it's going to take the courts to determine how to measure who owns what. By GREG NICOLSON.

The Mining Charter sets clear goals to redress the meaningful exclusion of most South Africans from the mining and minerals industry and the harm inflicted on employees and communities. The first element of the Charter is ownership, demanding companies “achieve a minimum target of 26 percent ownership to enable meaningful economic participation of [historically disadvantaged South Africans] by 2014”.

On Tuesday, in an interim statement announcing the progress of transformation in mining, as per compliance with the demands of the Mining Charter, Mineral Resources Minister Ngoako Ramatlhodi announced a widespread failure to meet targets set for 2014. He couldn’t announce any findings regarding the 26 percent ownership requirement as the Department of Mineral Resources (DMR) and Chamber of Mines have agreed to go to court for clarity on their long-standing different interpretations of how ownership should be measured.

“The view of the department is that the Charter is clear. The essence of transformation is that black ownership should not be compromised at any time,” Ramatlhodi said. The minister and the DMR have consistently rejected the “once empowered, always empowered” evaluation of black ownership punted by the Chamber and companies. Ramatlhodi’s definition, judging mining houses on their current levels of black ownership, would likely mean many companies fail to meet the 26 percent requirement. It would exclude companies that in the past have facilitated black ownership but then saw those owners later disposing of the assets and reducing the black ownership levels again.

The Chamber and the DMR will make an urgent court application together to the High Court, hoping for clarification on the matter by the end of April, and both parties appear to be amicably seeking a solution. The court’s interpretation will provide crucial clarity on the future of investment and black ownership in the sector, and if the Chamber’s position is rejected, it will be problematic for mining companies that made concessions to entice BEE partners and then saw those partners sell the assets – as they will likely have to repeat the process at a high financial cost.

Mike Teke from the Chamber of Mines said it supported the “once empowered, always empowered” rule. The Chamber “believes that previous deals should be included in the ownership calculation, as it represents meaningful economic participation by historically disadvantaged South Africans (HDSA) beneficiaries since before 2002. The industry believes the Mining Charter does not require of mining companies to maintain a 26 percent HDSA ownership once it has been achieved. The exclusion of past HDSA transactions would result in a material misrepresentation of all the meaningful economic HDSA participation facilitated by mining companies in good faith and with the approval of the DMR,” said Teke in a statement on Tuesday.

Last year, Anglo American CEO Mark Cutifani complained about the compliance rules, calling on the DMR to recognise efforts to create stand-alone companies. “AngloGold created a number of major entities in the global industry… when certain people did audits they didn’t include the creation of those champions back to our black economic empowerment credits, which is just crazy,” Cutifani told Business Day about his former company.

Democratic Alliance Shadow Minister for Mineral Resources James Lorimer on Tuesday said Ramatlhodi was harming a struggling industry and should recognise past empowerment deals. “This would have led to an affirmation of the successes of the mining industry and the importance of the jobs, tax and foreign exchange it brings. This success should always trump the empowerment of a close knit and politically connected elite,” said Lorimer.

The National Union of Mineworkers (NUM) was unhappy with the call to recognise past empowerment deals. “We take serious exception to the Chamber of Mines approach to challenge the signed stakeholder declaration and Mining Charter of 2010 by insisting on ‘once empowered, always empowered’,” the union said in a statement. “The Charter is clear on the current 26 percent HDSA ownership of current mining right holders, meaning the historical transactions are insignificant in line with the 2014 Charter deadlines for individual operators.”

NUM said the findings on other issues of compliance showed “little difference between the current capitalist mining bosses and their Apartheid predecessors like Cecil John Rhodes” as mining houses continually fail to meet their Charter requirements.

The interim findings include 80 percent of mineral rights holders, but no details on specific companies and the results are absolute, not yet weighted for units of production and scale of employees. The Charter required all hostels to be converted into family units or individual rooms by 2014, which only 63 percent of companies achieved. It required 40 percent HDSA representation at top, senior, middle and junior management, as well as critical skills. Ramatlhodi said 73 percent of companies had met the top management requirement, 50 percent at senior level, 56 percent at middle level, 68 percent for junior management and 79 percent in critical skills. The Charter also required a minimum of 40 percent of capital goods, 70 percent of services and 50 percent of consumer goods to come from BEE entities, but for those categories only 42 percent, 33 percent and 62 percent of mining companies met the target.

Regarding human resource development, only 36.8 percent of the companies spent the required five percent of their 2014 payroll on investing in essential skills development. The Charter also requires companies to determine developmental needs in communities and identify projects to contribute to community development, but only 45 percent of those projects are between 75 and 100 percent complete. On sustainable development, which focuses on environmental and health and safety issues, Ramatlhodi simply said expectations had not been met. DM