Defeating the Iraqi State, one victory at a time

Defeating the Iraqi State, one victory at a time 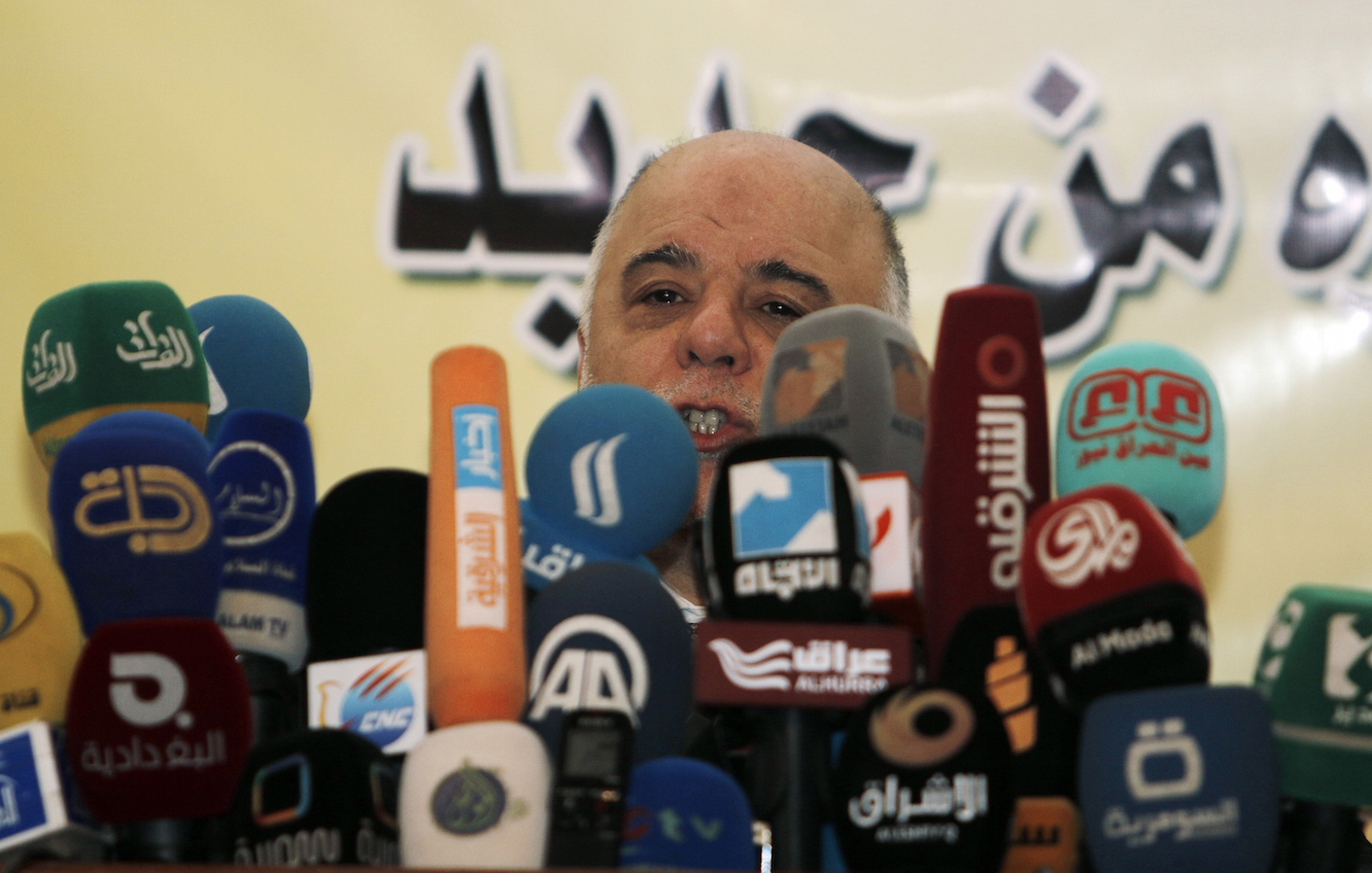 What progress is being made against jihadi insurgents occupying large swathes of north-western Iraq is simultaneously undermining what is left of a state whose frailty and malfunctions created the environment in which jihadism was able to surge in the first place. By the INTERNATIONAL CRISIS GROUP.

This is particularly apparent in the battle for Tikrit, where much of the fighting is by Shiite militias under the guidance of Iranian Revolutionary Guard commanders. For residual central authorities in Baghdad to make a comeback at this late stage and rebuild the state, they must reclaim a role in the immediate aftermath of tactical victories in places such as Tikrit by re-empowering local elites, providing services and establishing legitimate local security forces.

This will only be possible if Iran – which, by becoming the most influential player in Iraq, now has the biggest share of responsibility for its future – and the US – which has committed to rebuilding the Iraqi state from the ruins of its 2003 dismantlement – pursue this objective instead of investing respectively solely in militias and disintegrating state institutions such as the army as the expedient answers to the jihadi threat.

The takeover of Mosul by the Islamic State in Iraq and the Levant (ISIL or simply IS) in June 2014 powerfully illustrated the dereliction of the Iraqi state: security forces that had expanded and been strengthened for over a decade proved rotten to the core; local Sunni Arab elites had turned their backs on their constituencies in favour of a corrupt, corrosive relationship with authorities in Baghdad; and power struggles in the capital often translated into sectarian fear-mongering.

Since June, matters have gotten worse. Though Iraqi elites and foreign officials alike have signalled they understand the gravity of such shortcomings and the resulting security situation, they have done little beyond professing intent to shore up the military, re-empower Sunni Arabs through local governance and provision of security and launch an inclusive political process in the capital.

But the new prime minister, Haider al-Abadi, has been all but sidelined by the massive expansion, multiplication and professionalisation of so-called “popular mobilisation” groups (Hashid al-Shaabi) – in effect Shiite militias – that enjoy considerable support in some segments of society and have taken the lead in the single-minded pursuit of defeating IS by military means. That fight has been decentralised, with the army playing a bit part at most, which in turn has reduced the role of the prime minister, its commander in chief.

In the vacuum, these militias operate beyond the control of the state, erode its credibility and cannibalise its resources. Their victories – in Tikrit and elsewhere – most likely will further entrench and normalise their role at the state’s expense, which would mark a decisive turn away from the state-building process meant to be ushered in by the 2003 U.S. invasion.

Instead of short-sightedly defining progress in defeating IS through the lens of military wins at any cost, a broader perspective is needed. The military campaign has become a substitute for, and a distraction from, the reforms needed to consolidate the state.

Prime Minister Abadi professes a reform agenda, but he has not been empowered to deliver on it. On one side, he derives little power from control over national security institutions that have been thoroughly discredited and seen their capabilities shrink dramatically as resources were transferred to the militias; the interior and national security ministries, in particular, are in the hands of political rivals and essentially serve as the militias’ logistical backbone. On the other, he faces open resistance in parliament, especially from Iran-backed hardline Shiite factions, to efforts to reach out to Sunni Arabs and return them to politics.

The more constructive, hope-giving narrative, Abadi espouses thus merely provides a cover for the divisive underlying dynamics his appointment was meant to help address, paradoxically giving the state’s stamp of approval to measures that serve to erode that same state.

The risk is that, as the balance of forces tilts further to the militias’ advantage, they will have the power to decide what happens during and after military operations. There have been troubling signs that, calls for restraint notwithstanding, they have engaged in the same brutal, sectarian-based practices as their IS adversaries, including summary executions and population displacement in mixed Sunni-Shiite areas.

Moreover, there is danger the aftermath of battle might include reprisals against local elements under the banner of transitional justice, targeting anyone thought to be associated with IS, reminiscent of de-Baathification after 2003. Without local institutions and acknowledged leaders to govern Sunni Arab areas, militias could end up having to promote local proxies lacking legitimacy. This would be especially damaging for the local security apparatus.

The military campaign is exacerbating the sense of powerlessness, disenfranchisement and humiliation among Sunni Arabs that gave rise to IS. Many now see Shiite militias as the only realistic way to end IS’s brutal rule, but the combination of Sunni Arab elite weakness and opportunism and the militias’ overtly sectarian conduct is adding a grave insult to the injury caused by IS.

A deepening identity crisis and further deterioration of the social fabric in Sunni Arab areas are likely to reinforce the very factors that have turned IS into the hegemonic player there.

The growing tendency in Baghdad and the south to equate Shiite militias with the national army, to declare oneself a patriot while expressing gratitude to Iran for its intervention, and to subsume national symbols under Shiite ones – with black, yellow and green flags referring to Hussein ibn Ali ibn Abi Taleb, Shiism’s third Imam, increasingly crowding out the Iraqi flag – is reshaping Iraqis’ national identity in ways that will vastly complicate well-intentioned efforts to advance inclusive politics and governance.

The relationship between Iraq and Iran is also undergoing rapid transformation. Not long ago, Iranian Revolutionary Guard officers commanding Iraqi fighters bearing Hussein flags as they march on Saddam Hussein’s hometown of Tikrit would have been unimaginable in both countries; today it is highly-publicised reality.

Iranian jets have bombed Iraqi territory with Baghdad’s approval, and portraits of Supreme Leader Khamenei can now be seen in the Iraqi capital. In the traumatically confused context of modern Iraq, the surrender of national sovereignty is fast becoming the new normal. DM