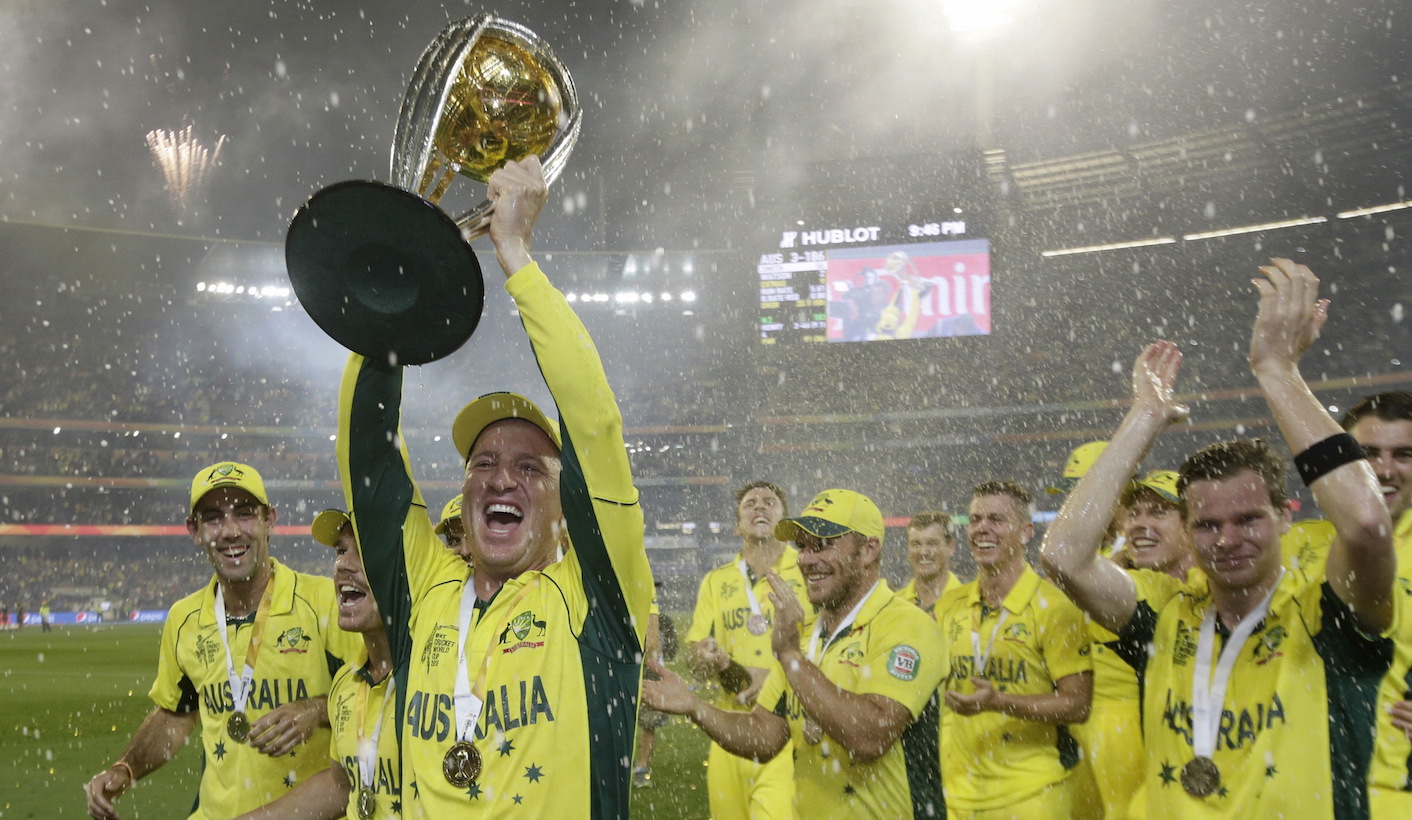 Australia are the World Champions of cricket after a convincing win over New Zealand in the Cricket World Cup final on Sunday. Much like their journeys here, the two teams’ performance on the day stood in total contrast. For one thing, this should set the tone for years to come. For another, the losing team will be wondering how things went so wrong, so quickly. By ANTOINETTE MULLER.

Australia chased down 183 with ease, beating New Zealand by seven wickets with 101 balls still remaining. Ross Taylor and quarterfinal hero Grant Elliot tried their best, but Australia’s precise, probing and menacing bowling attack was simply too much. Mitchell Starc, Mitchell Johnson and James Faulkner combined to restrict the Black Caps to a lowly 183. Australia crushed New Zealand in the latter stages of the innings, turning around the trend of batsmen dominating the final ten overs. The effort from their bowlers ensured that they held the upper hand right from the start and although their chase started with trepidation, it soon unfurled into dominance.

David Warner, Steve Smith and eventually Michael Clarke ticked off the runs with ease. Trent Boult bowled as well as he had all tournament, but the gulf in class was too wide for New Zealand to bridge and the end result was a disappointing final.

There was some solace, though. After six weeks where batsmen dominated, it was a bowler who walked away with Man of the Tournament award. Starc’s brilliance over the course of the tournament has been enchanting. To consistently deliver against big bats, big grounds and rules deliberately set up to make life difficult for bowlers takes quite some doing. To do that in a final, under pressure and on a flat track is an extraordinary achievement.

Starc will be especially pleased with his effort after Shane Warne referred to his body language as “soft” just a few months ago. Starc struggled against India during the recent Test series, but bounced back to become the protagonist of the attack during the World Cup.

“I’ve worked really hard at it for a number of months now with (bowling coach) Craig McDermott in the background,” Starc said. “A few series ago we sat down and found out a little plan, and to see that come to fruition has been phenomenal.

Starc is just 25 years old and another impressive player, Steve Smith, is the same age. Both have been integral to this Australian campaign. With Michael Clarke stepping down from one-day cricket, Darren Lehman’s men will take heart in the fact that their young stars can use this experience and this success as a springboard for future success. After a flurry of retirements a few years ago and a period of disillusionment and poor results, this campaign is just the first of many rewards for those who had the vision to focus on rebuilding.

For New Zealand, the failure is somewhat more shattering. Brendon McCullum, a student of aggressive captaincy, was all class at the end of the match, as he has been throughout the tournament. He admitted that New Zealand was far from being a “finished product”, and while the foundations are there to build a successful team, the end result was still a massive letdown. McCullum is 33 and unlikely to play another World Cup, and therein lies the biggest disappointment.

For a team, and a captain, who have been so entertaining for most of this tournament, they didn’t seem to have a plan when he was under the cosh. Because they had not batted first against an in-form attack in this tournament, when it came to dealing with a situation unfamiliar to them, New Zealand faltered.

New Zealand was out-skilled in every department on Sunday, but one can’t help but wonder if some of that wasn’t the team’s own doing. DM