Op-Ed: The double dehumanisation of an unequal society 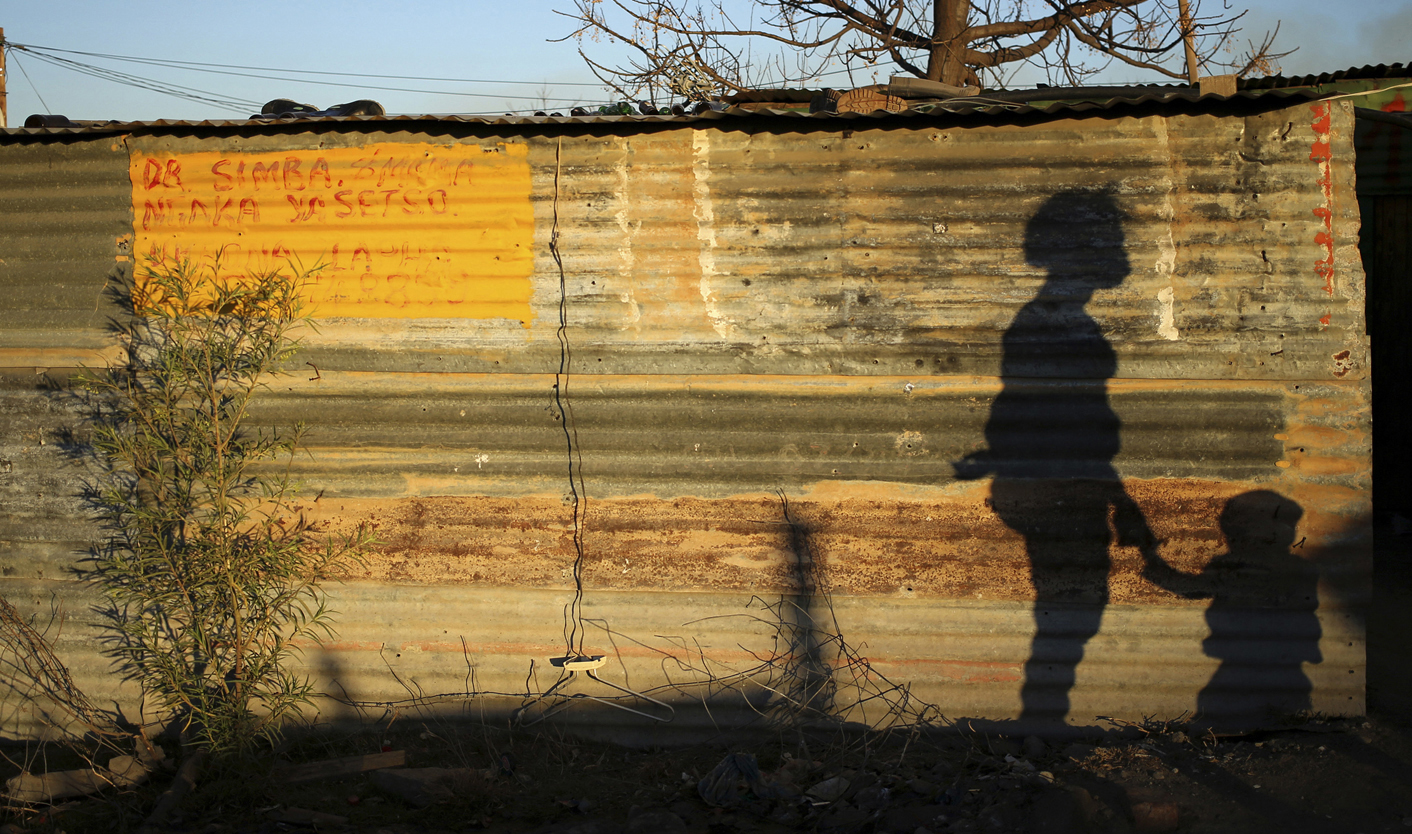 Over the last two decades, the City of Johannesburg has regularly embarked on big operations, directed against apparent spaces of vice. While these operations are intended to show the authorities’ zero tolerance stance to crime, they are often characterised by an iron fist approach against minor misdemeanours. By conflating diverse issues under an anti-crime umbrella, the local state criminalises poverty, obscuring and obliterating reasonable economic activity in its sweeping campaign against by-law infringements. By CHRISTOPHER MCMICHAEL, MARGOT RUBIN & SARAH CHARLTON.

This ‘zero-tolerance’ approach was first made apparent in the late 1990s, when the City acted against the residents of so-called bad buildings in the inner city. According to a 2005 report by the Centre on Housing Rights and Evictions, the evictions made 25,000 people homeless over the years and threatened the tenure of a further 60,000. The matter eventually went to the Constitutional Court where, in a landmark ruling, the actions and the programme were damned for failing to support the lives of those most in need. Furthermore, the Court demanded the humane treatment of these residents.

In 2013, the City once again embarked on cleaning up and “dealing” with inner city issues through Operation Clean Sweep. This time, 6,000 traders of all legal conditions were forcibly removed from their stands, their goods confiscated and themselves subjected to personal abuse. The City was taken to court and the initial court judgement required that all traders be allowed back on the street. But even the Constitutional Court labelling the Operation as “humiliating and degrading” was not sufficient to stop the city from once again engaging in a further anti-poor programme in early 2015. Operation Ke Molao (It’s the law) was aimed against beggars, hawkers and the homeless. Although couched as an anti-crime operation targeting smash-and-grabbers, Operation Ke Molao is not driven by SAPS in terms of criminal law, but rather by JMPD, using by-law contraventions such as ‘loitering’. It sweeps into its net a wide variety of victims, many of whom have no criminal intent but are merely earning a meagre income in very difficult conditions.

An offshoot from Operation Ke Molao included the JMPD chasing a man away from his sleeping place under a bridge near Eastgate and impounding his blanket, mattress and crutches. This was reported in the Joburg East Express, with the police promising regular night patrols to “chase away any person found living there”. It would seem self-evident that seizing the crutches of the destitute is both sadistic and a waste of a city time and resources. However, as evidenced in the responses to Dennis Webster’s recent article on Operation Ke Molao in the Daily Maverick, there appear to be many who approve of such actions as a necessary means of controlling dangerous miscreants.

The City and city agencies often present their operations as an intrinsic part of urban governance, only launched to prevent crime and to ensure that citizens obey by-laws. The actions are also portrayed as ways of dealing with the violence and crime that beleaguers Johannesburg and which is a real concern for all residents. But in practice, these operations reveal a persistent class bias, and suggest an intention to highlight the state’s capacity to secure order for the benefit of the middle class and formal business sector. People phoning in to radio stations and commenting on articles applaud these steps to insulate their lives from the nuisance and discomfort of interacting with poverty. Last week’s Daily Maverick article on Operation Ke Molao, which elicited so much vitriol, is further evidence of the view that many of the wealthier and more established classes take of some of the poorest people in the country. The question that needs to be asked is: why is that? Why are the poor lumped together and criminalised in a way that does not allow for our common humanity to become apparent?

Johannesburg is unquestionably one of the most unequal and divided societies in the world, not just economically but spatially and socially. There are very few points at which the lives of the poor and those in the middle classes intersect. Streets corners, intersections and pavements are some of the few sites where people of various backgrounds do engage. The City’s policy is to treat these spaces as security risks which require strict control. The pretext for this has been smash and grabs at stop streets, which the City is attempting to blame on all people who try to make a living at these spaces, rather than on a small criminal minority.

What is not seen or seems to be ignored by both those in power and those of us lucky enough to have enough food to eat and a warm, safe place to sleep every night, is the cluster of reasons why people live and earn a living in the ways that they do. There seems to be a common misconception that somehow the poor are the architects of their own fate, instead of realising the real and obvious reasons for why many people are forced into such situations: people live in bad buildings because there is no other affordable accommodation and a roof over one’s head is better than nothing despite the dangers. People involved in the wide spectrum of informal activities such as street trading and window washing have often been at the mercy of a dysfunctional education system that has prepared many people for not very much. All of which takes place in a national context where economic growth has been slow and jobless, and an international economy that has been in recession. The motivation behind begging, trading and living in these spaces is the same as it is for everyone the world over, the attempt at a better life for oneself and one’s family.

While operations like those mentioned above are brought about in part by a fear of criminality and violence, they serve a useful role for some law enforcers who can quickly attack easy targets. Often these operations also detract attention from wider failures to deal with serious crimes. The poorest people in public spaces are both visible, and have the least access to the corridors of power. But their very defencelessness allows the police and the JMPD to claim success, as they report on the numbers of traders, beggars removed, the number of bad buildings cleaned up, and the obvious signs of fewer homeless people sleeping on the streets. The failure in our crime prevention, policing and criminal justice systems is that it has turned the ‘haves’ against the easy targets. So the poor in public spaces become damned in our minds through the lazy associations we make between serious crime and poverty and in so doing we brand poorer people with social pathologies and outcasts. Thus it becomes legitimate to salute these City ‘clean-up’ actions.

However, the human cost is seldom tallied by those in power, and many of the more well-off residents who simply don’t appear to see poorer people as human. Hidden behind our security fences, cars and middle-class lives, we don’t see the consequences of what happens when poorer people are evicted from inner city buildings and residents have to pick their hard-earned possessions off the floor, find new schools for their children, new homes for themselves; when traders who have fought and saved for their stock and their stands lose everything and have to wake up and start again. The tragedy of our unequal society is a double dehumanisation: we stop seeing poorer people as human with human needs and then behave in ways that further dehumanise and degrade them. And then we stand back and praise these actions.

If we are to achieve the laudable pro-poor ideals and the vision set out in a wide range of City documents like the Growth and Development Strategy 2040, then we need to start seeing Johannesburg – and by this we mean all of Johannesburg, not just pockets of it, as a place for all people. We need to consider that in a context of massive unemployment, the resourced in our society do not have the right to turn their backs on the poor and marginalised, to sweep them out of sight and out of mind. Quite the opposite: the obligation is to find better ways to interact.

This is not the easy route; it’s not the simple application of existing legislation, of long-standing by-laws which serve some parts of society at the expense of others. It’s the much tougher path of carefully rethinking a situation, a problem, an issue, of really delving into and understanding its dimensions, of separating out the socially unacceptable, the pathological, and the harmful, from the benign activities that could be supported, should be supported, and of reforming and recrafting our rules and regulations, and our strategies and practices, to help forge a better society rather than further increase its divisions. DM

Photo: The shadows of a mother and child are cast on a shack in Marikana’s Nkaneng township in Rustenburg, 100 km (62 miles) northwest of Johannesburg, August 15, 2013. king profits and a violent union feud. REUTERS/Siphiwe Sibeko