Review: The book about Angolan blood diamonds that landed Rafael Marques in court 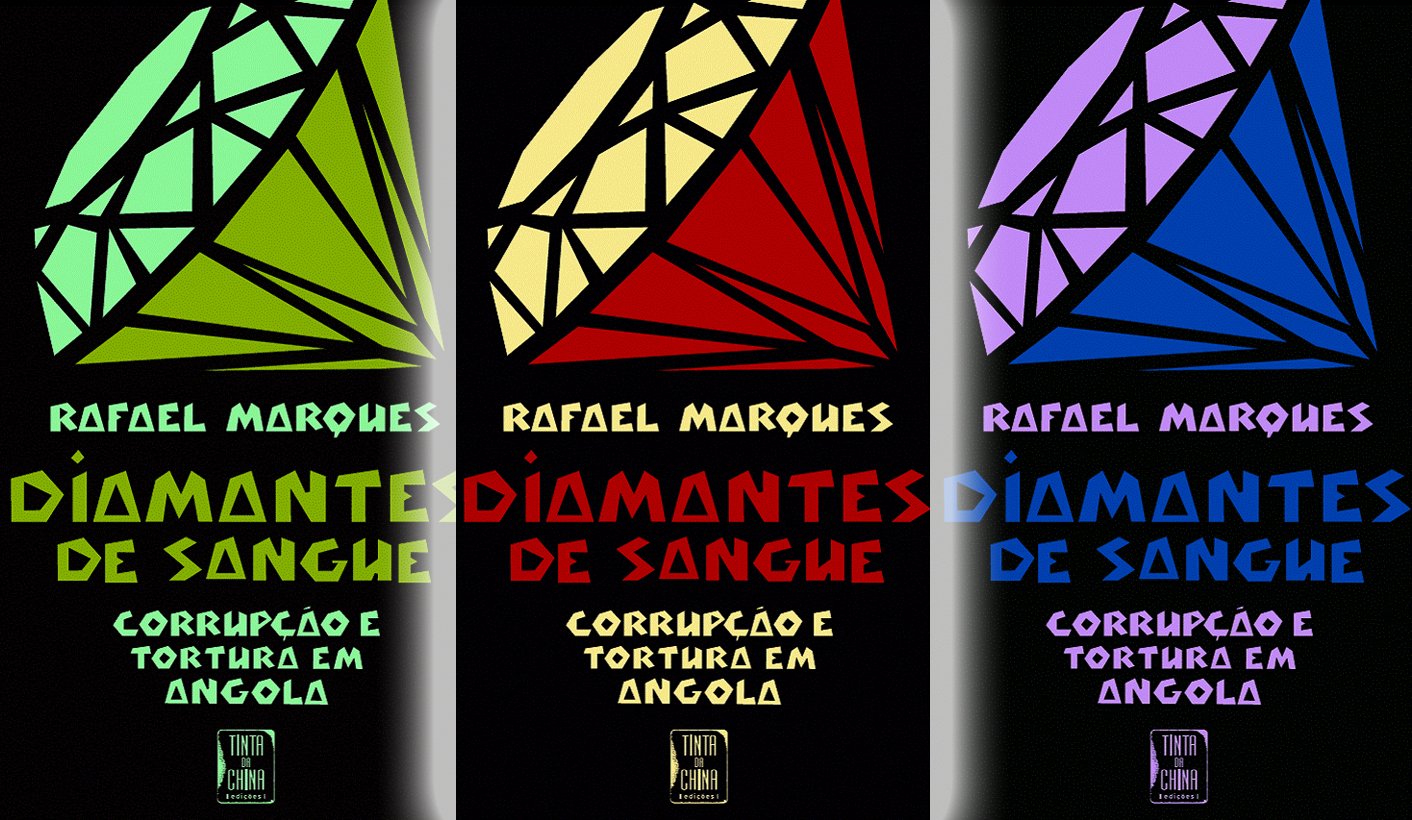 Whippings, forced labour, evictions, humiliations galore and killings with impunity: you’d think you were reading about Portuguese colonial abuse in Angola. Instead, you’re reading investigative journalist Rafael Marqes’ expose of the Dos Santos regime. MERCEDES SAYAGUES reviews the book that has the generals running scared – and that landed its author in court.

On Tuesday, Angola’s foremost and fearless investigative journalist Rafael Marques (read the Daily Maverick’s profile of him here) found himself in a court in Luanda, facing 14 years in jail on charges of criminal defamation brought by seven Angolan generals and two diamond company representatives. The plaintiffs took exception to Marques’ tales of systematic torture, murder and land dispossession in his 2011 book, Blood Diamonds: Torture and Corruption in Angola.

In 2011, the first edition of 500 books in Portugal was mysteriously bought out as soon as it hit the stores. After a flurry of press reports, the book, now in its fifth edition, became a best seller in Portugal – whose government is a major shareholder in the company that owns 49% of the diamond company Sociedade Mineira de Lucapa, which operates in Angola’s Lundas region.

The generals first sued both Marques and Tinta da China for defamation in Portugal but the judge threw out the case in February 2013, arguing that Marques’ research was based solid information. The generals pursued the case in Luanda, demanding US$1.2 in damages, despite a campaign by Amnesty International and others to drop the lawsuit.

Now Tinta da China’s smart move brings the book to the world. And what chilling read it is – stories of torture, female corpse mutilation, dozens of miners buried alive, land dispossession, denial of access to land, water and subsistence agriculture, all carried out by the army and Teleservice private security.

This is how the system works: Local peasants of Chokwe ethnicity and foreigners, mostly Congolese, engage in artisanal mining, or garimpo, paying soldiers and Teleservice guards a fee for turning a blind eye.

A patrocinador (sponsor) provides food, tents and tools and keeps 50% of the diamonds. The soldiers, guards and the local chief or soba get 25% and the garimpeiros 25%. But the men in uniform change the rules arbitrarily. “When their lovers come, they need more money,” says a chief. Or shifts change and the new guards want a cut.

Marques documents 500 of cases of torture and 119 murders in just one municipality, Cuango (population 150,000). Witness after witness tells of systematic beatings (40 beatings with a shovel or rifle on the back, 30 on the buttocks, 20 on the soles of the feet). Being forced to drink muddy or stagnant water and eat rotten rice. Being forced to wash the uniforms and boots of the abusers, clean their lodgings and clear bush. The armed men steal and sell their food and tools, burn their clothes and force them to go home naked.

Poor demarcation of company concessions and agricultural land leads to encroachment and isolation. In the village of Ngonga Ngola, only the chief can use the road, previously free to all; villagers must cross a crocodile-infested, fast-flowing river in a fragile raft.

Not everything is terror. I was struck by the quiet dignity of the Chokwe people. They bury their own and they bury unknown Congolese left to rot by Teleservice. They carry the dead to the police and demand an explanation. The acts of kindness: women giving cloth to the naked men. The acts of bravery: bearing witness to Marques.

And there is peasant farmer Linda Moises da Rosa, an Angolan Mother Courage. Her two eldest sons were killed, one buried alive by soldiers, the other shot by a guard. Undaunted, she demands permission to retrieve the bodies. She goes to the police. She refuses a settlement of US$10,000 from Teleservice: “My son’s life has no price”. She goes to Luanda to talk with top army brass and testifies in the trial in Portugal.

“The river of diamonds is in our land, where I gave birth to my sons. My son Kito drank from the Cuango River. I bathed him there. But our sons cannot benefit from diamonds. They are killed,” says da Rosa.

The section on the Lundas under Portuguese rule shows the continuity of a century of violence, forced labour and abuse of local Chokwe people, now perpetrated by Angolans on Angolans and Congolese.

One chapter describes the financial web linking generals and the president’s billionaire daughter Isabel dos Santos to diamond companies and to Teleservice. The latter is the security company of choice for international companies and organisations in Angola and has boasted of having South African instructors.

Conflict (or blood) diamonds are defined as “rough diamonds used by rebel movements or their allies to finance conflict aimed at undermining legitimate governments.” Read Angolan rebel leader Jonas Savimbi’s UNITA. No wonder Angola jumped into the Kimberley Process as early as 2000. Sanctions on UNITA diamonds effectively denied it a key source of funding and led to its defeat in 2002.

But the Kimberley Process’s narrow definition of blood diamonds as those mined and sold by rebels whitewashes the violence associated with the diamond trade and abuses committed by governments – United Nations members – against their own people.

Should the definition be broadened? Global Witness, the NGO that spearheaded the Kimberley Process, thinks so, and withdrew from the it in 2011 over the controversy over the Marange diamond fields in eastern Zimbabwe.

After the army killed some 200 artisanal miners in Marange in 2008, the Kimberley Process slapped short-lived sanctions on its diamonds. By 2011, with the support of African diamond-producing counties, Zimbabwe was selling gems again. South Africa is a buyer.

Activists want to expand the scope of the Kimberley Process remit to include gross human rights violations perpetrated by governments and mining companies.

When Nike or Apple’s suppliers in Asia mistreat workers, a global outcry and boycott follow. Tins of tuna carry the tag: “Dolphin safe”. At the end of a movie credit rolls: “No animal was hurt while filming this movie.”

How about: “No human rights were violated and no people abused, by rebels, mining companies or governments to obtain this diamond”.

On Tuesday, police manhandled and arrested supporters outside the courthouse. Marques was slapped with 15 more charges. The trial was adjourned to 23 April. The book is going viral on the net. And Angola keeps selling Kimberley Process-certified diamonds tainted with blood. DM

Last week, Rafael Marques received a Freedom of Expression Award from the UK-based Index on Censorship.