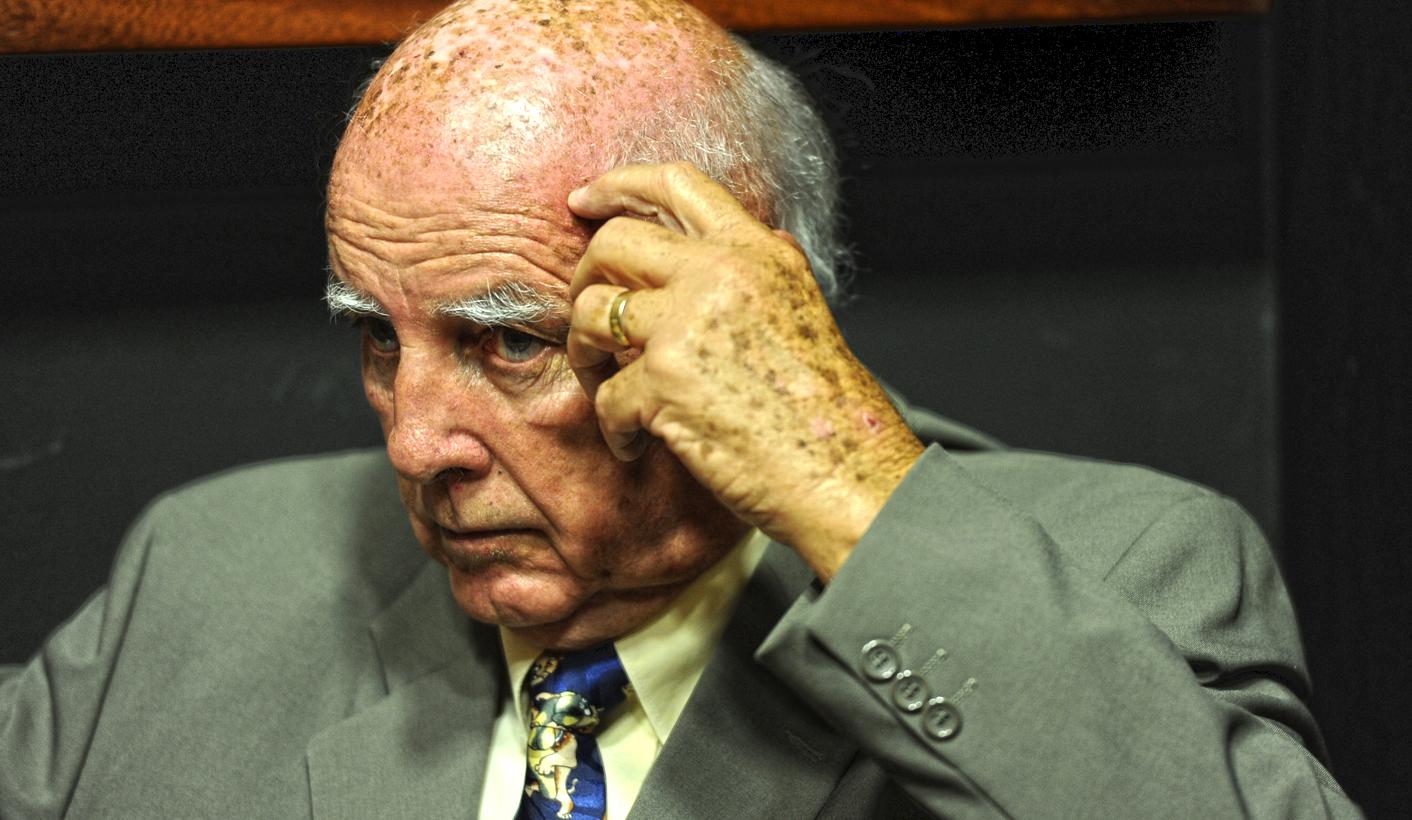 The conviction of former tennis icon, Bob Hewitt, on two counts of rape and one of indecent assault, vindicates the experiences of many women who grew up in the claustrophobic and deeply patriarchal 1960s, 70s and 80s and who were victims of the unquestioned toxic power and privilege bestowed on men during this epoch. It might be difficult for younger women to imagine just how silencing and oppressive a time it was. By MARIANNE THAMM.

Speak to any woman in South Africa today around the age of 40 and she will probably have a ghastly childhood story to recount of unwanted sexual attention, abuse and rape. This was a deeply patriarchal and uncontested epoch, where men (and in this case white men) enjoyed almost unlimited power and status at the peak of a social, religious and political pyramid. A time when feminism was stigmatised, generally ridiculed and marginalised in public and private debate.

There is no doubt that boys too found themselves targeted by these men, but the overwhelming number of traumatised survivors of this age are girls, who today are women still burdened with crippling feelings of trauma, shame and guilt.

It was also a time where disempowered women often colluded in their oppression, suffering from a form of Stockholm Syndrome, and who, fearing for their own precarious personal and financial security (career choices for women, all women, were limited) often silenced or shamed their daughters who had found themselves victims of predatory men – often brothers, uncles, fathers, neighbours, teachers and religious leaders.

The parents of one of the complainants in the Bob Hewitt rape trial, Suellen Sheehan, had not believed her and in fact testified that they still thought the serial predator was innocent. Finding the strength to confront the men who abused or raped their children back then (and still today perhaps) required extraordinary courage. To do so would inevitably disrupt and threaten the social order and expose their daughters to further victimisation.

One of the women instrumental in bringing Hewitt to trial was Twiggy Tolkien who was 13 when he had sexually abused her. Tolkien’s parents had attempted to lay charges in 1981 but were met with official indifference and a sort of tacit deference to Hewitt, the celebrity tennis star. Prosecutors had told the Tolkien family that it would be unlikely that they could win the case because Hewitt would be considered more credible in court than a 13-year-old girl. Hewitt had also intimidated and harassed the family.

The parents of another victim, who was 16 when Hewitt sexually abused her in the 1990s, were told by lawyers that their case would be difficult to prove as it was her word against Hewitt’s and that she would have to give evidence in a court full of men.

These are three of the six women who have come forward in South Africa and the US to report Hewitt’s serial abuse, which was a sort of open secret among those who knew and respected him at the height of his sporting fame and who colluded and did nothing to stop it.

There are many old predators like Bob Hewitt who are today in their late 60s and 70s and who have not been charged for their crimes. But that Hewitt was charged so many years after he had raped and abused the girls and that a court has found him guilty carries tremendous symbolic power that should not be underestimated.

Perhaps it might encourage and inspire some of the women who have remained silent for so long to find the courage, as well as the support, to seek justice. And perhaps it should make a lot of old rapists who have got away with it very nervous.

After Hewitt’s conviction this week one of the complainants reportedly sent a message to family members saying, “Now, do you believe me?”

Hers was a heartfelt plea that no doubt resonated with the many women following the case and who have never seen their rapists or abusers face the consequences. The conviction of Hewitt has provided, perhaps, a vicarious vindication and a measure of healing for some of these women.

That Hewitt pleaded not guilty points to his sense of entitlement, his unrepentant and truculent attitude – as a man unable to take responsibility for his violation of the trust placed in him by the parents of these girls as well as of their fundamental human rights.

Hewitt joins a long and growing list of abusers and rapists, including comedian Bill Cosby, British television personality Jimmy Saville, Australian musician Rolf Harris and celebrity publicist Max Clifford, who will find no place to hide in the 21st century. But the same should apply to all the other rapists in South Africa who are not celebrities, the ordinary men who are responsible for our shockingly high rape statistics and who still sadly get away with it.

Twiggy Tolkien, Suellen Sheehan and the third complainant, are women who survived the primitive 60s, 70s, 80s and 90s and who have made it to the 21st century, albeit not unscathed, but having proved that we deserve, can and should expect justice. DM

Editor’s note: While she has been publicly identified, we have edited the name of one of the complainants out of respect for the privacy she has requested.

Photo: Former grand slam tennis champion Bob Hewitt is seen at the Palm Ridge Magistrate’s Court where he is standing trial on two charges of rape and one of sexual assault, Monday, 9 February 2015. Picture: Werner Beukes/SAPA