National Firearms Summit: The battle over SA’s guns rages on 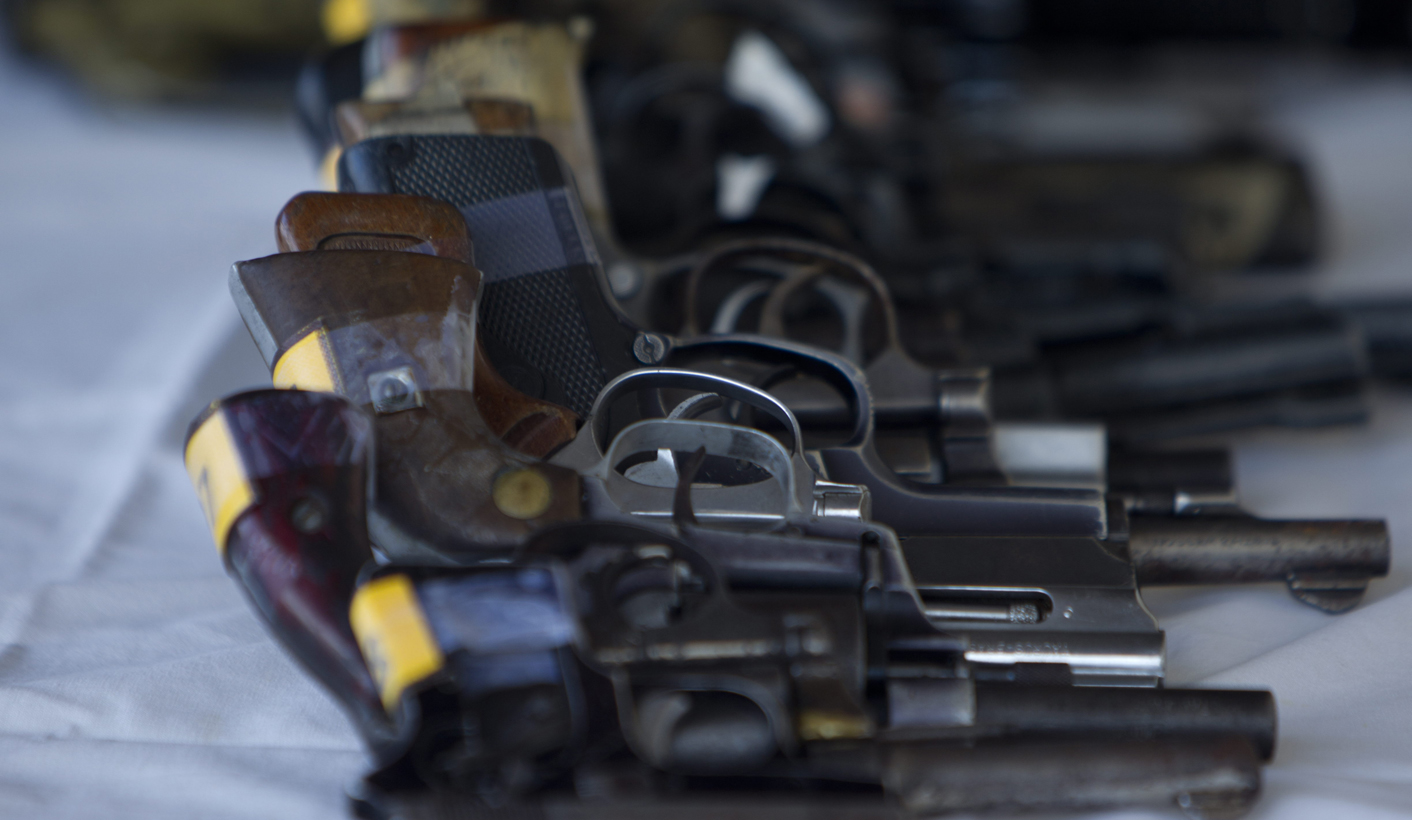 One of the fiercest ongoing debates in this country is around gun control, and yet you often wouldn’t know it was happening unless you were a member of the pro- or anti-gun lobbies. This week Parliament is hosting the National Firearms Summit, dedicated to measures to control the proliferation of guns in South Africa, which follows the recent release of the draft Firearms Control Amendment Bill. So far, the dialogue is playing out in a fairly predictable way: gun-owners want them guns. By REBECCA DAVIS.

The USA is often cited, with good reason, as the country where proposed restrictions on gun ownership draw the most outrage. But South Africa is no slouch in this department either. Ours is a country with a violent crime problem, where farmers feel under threat, where the private security industry is one of the biggest in the world, and where there is a vibrant commercial hunting industry too.

What this adds up to is an extremely vocal and passionate pro-gun lobby, who can be depended on to turn out in their numbers when attempts to restrict gun ownership are being mooted. And indeed, players representing these sectors and viewpoints have been vocal at the National Firearms Summit thus far. At points they have seemed to far outnumber representatives from civil society, at least in the audience.

A fairly indicative exchange took place on Tuesday afternoon at the summit, which is being organised by Parliament’s Police Committee.

Acting Chairperson of the Commission for Gender Equality Thoko Mpumlwana said, from the floor, that gun laws should be made stricter in order to protect the lives of those who often fall to guns but are less likely to own guns: women and children.

Martin Hood, of the Security Industry Alliance, responded that the summit should eschew “emotional” statements of this nature – that women are less likely than men to own guns – without the necessary facts to back them up. His own wife owned a gun, he said, as did a number of other women he knew. (He had no actual data on the matter, but apparently his anecdotal experience constituted a more rigorous, “unemotional” approach to the matter at hand.)

The lack of reliable data on South African guns, gun-owners and their habits is already proving to be a major issue. Without up-to-date statistics relevant specifically to South Africa, it’s possible to make practically any argument one likes relating to firearms. Both sides of the argument like to use international stats when it suits them. Technically we should know how many gun-owners in South Africa are female: the Central Firearms Control Register should have this data, even in certainly incomplete form, but it is not released.

When attempts were made to introduce locally relevant statistics at the summit, however, they were given short shrift by the gun lobby. Professor Sebastian van As, head of the paediatric trauma unit at the Red Cross Children’s Hospital, told the summit that the number of children entering the hospital with gunshot wounds had significantly increased after the fast-tracking of gun licenses since 2010 to deal with a backlog.

Van As said that this was not a situation unique to his hospital, but that it had also been experienced at a number of other Cape Town hospitals. “I’m just counting the number of kids coming with gunshots to the hospital,” he reiterated.

Constant attempts were made to move the discussion away from gun control towards crime, law and order, social trauma – and other forms of weaponry. Knives were repeatedly cited as being responsible for more injuries and deaths than guns, though Van As stated that the consequences of gun injuries tended to be far more severe than those of knife injuries.

John Welch, of the South African Gun Owners’ Association, said that the emphasis of the conversation was wrongly placed on firearms control “whereas the emphasis ought to be placed on crime control or people control”. The FF+’s Pieter Groenewald dug deep for a classic: “If we say that guns kill people we must also say that pencils spell words”.

A representative from the hunting industry suggested that “if we want to remove guns from society we should just as well remove used tyres and bricks”.

The South African pro-gun lobby’s most central argument, however, has always been that legal gun-owners are not the problem. Johan Schoeman, of Gun Owners SA, said he was representing 1,8 million licensed gun-owners who constitute “the most law-abiding sector of South Africa”.

Anti-gun activists like to cite contested stats showing that many guns swap hands illegally because they are lost or stolen by legal gun-owners, meaning that the end result is the same. There is a major issue with the leakage of guns from the state, either due to theft, carelessness or corruption. Civilian Secretariat for Police Reneva Fourie told the summit on Tuesday that more than 1900 guns belonging to South African police, defence force and correctional services have gone missing over the past year.

Ultimately, said Gun Free SA’s Adele Kirsten, “for people whose loved ones have been killed by guns, it’s irrelevant whether they were legal or illegal”.

Kirsten is calling for a no-strings-attached firearms amnesty, where people can hand over guns with complete anonymity. The most successful amnesty of this kind in the past in South Africa took place in 2005 and yielded over 100,000 guns. At that time, stricter regulations for the renewals of gun licenses were about to be brought into effect. Similarly, the draft Firearms Control Amendment Bill is currently before Parliament, which Kirsten says makes this a good moment to launch another amnesty.

The Draft Firearms Control Amendment Bill would stipulate that all South African guns have ballistic testing and microdots to help track weapons even when criminals file off serial numbers. The bill would also limit the number of weapons individuals could license for sport, and proposes a minimum sentence of five years for crimes where a firearm was used.

The call for a firearms amnesty is supported by SAFA, the South African Football Association, which has set up its own gun inquiry committee since the shooting of Bafana Bafana goalkeeper Senzo Meyiwa in October last year.

While there was a suggestion that the shooting of Reeva Steenkamp by athlete Oscar Pistorius in February 2013 would spark renewed action on gun control, very little seemed to happen as a result. It was a different story with Meyiwa: government officials called for a stricter new gun law in his honour, and less than four months later, one is now on the table.

Standing in for SAFA president Danny Jordaan on Tuesday, advocate Norman Arendse seemed to suggest that one of the poignant casualties of South African gun violence was – beyond Meyiwa himself – Bafana Bafana’s performance at the African Cup of Nations without Meyiwa, which he mentioned several times. “We conceded five goals,” he said.

Arendse also said that SAFA supported the idea that all sporting venues should be gun-free zones, as they were for the World Cup 2010. “If we can do it for FIFA,” he said, why not for us? An audience member subsequently questioned the practicality of stripping vast sporting crowds of all their guns: a sign of how unremarkable gun-ownership is considered to be in some portions of South African society. DM

Photo: Several hand guns are seen at the headquarters of the National Direction for Guns and Ammunition Control (DIGECAM)) where 96 seized weapons were destroyed in Guatemala City, Guatemala, 30 January 2014. EPA/Saul Martinez