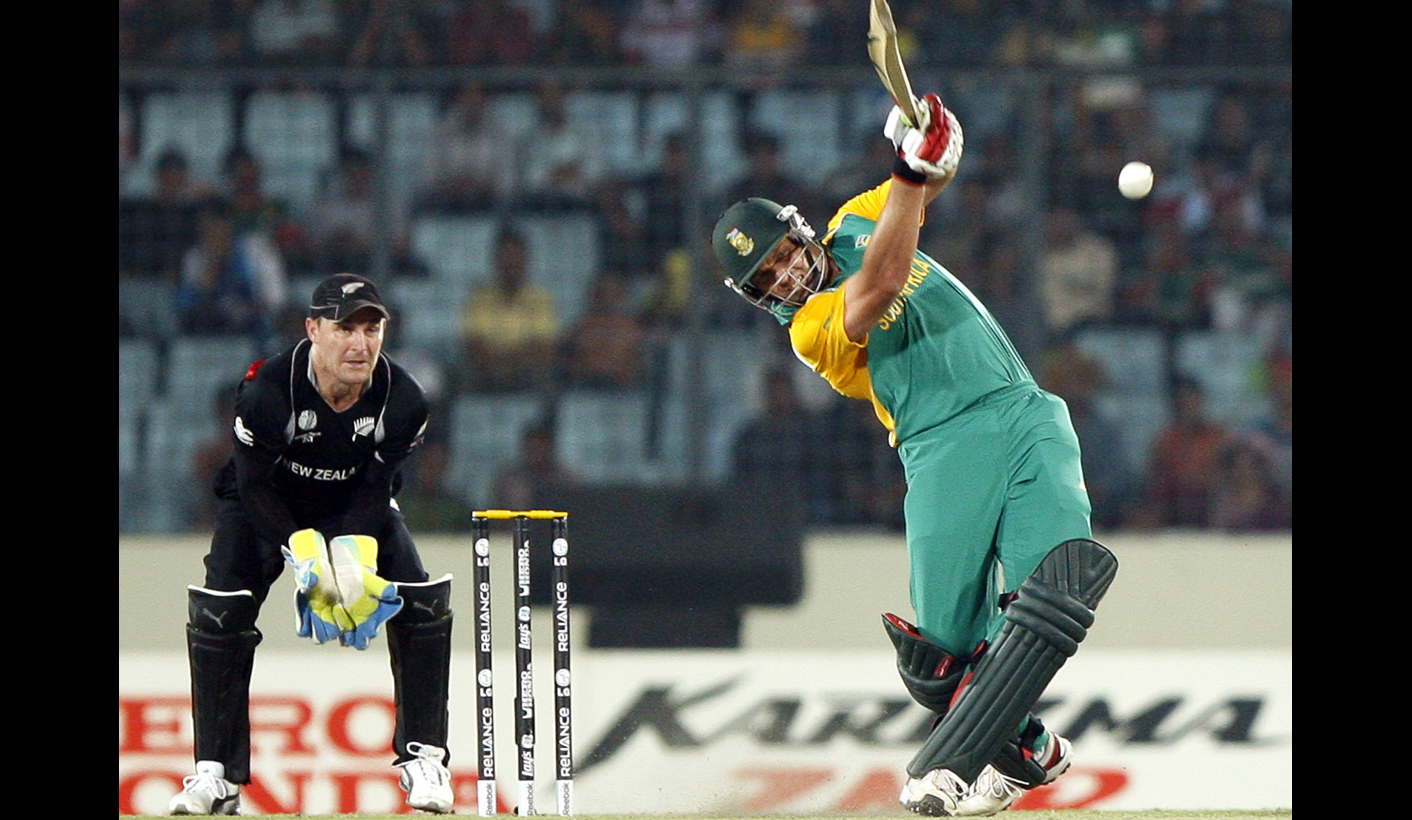 The Cricket World Cup semi-finals promise intrigue in more ways than one. The first of the two matches will be between New Zealand and South Africa at Auckland, and considering the history between the two teams, there’s much to look forward to. By ANTOINETTE MULLER.

While the quarterfinals of the 2015 Cricket World Cup were largely one-sided and dull, the semi-finals have much more promise. There are intriguing narratives woven into the more obvious layers, which add an extra element to an already spicy contest. The first of the two semi-finals, between New Zealand and South Africa, holds the promise of retribution and reinvention for both teams.

The last time these two teams met in a World Cup, back in 2011, South Africa did what they have so often done in a World Cup: they choked. The Black Caps got under their skins and the capitulation that followed was spectacular. South Africa now have a chance to correct that. Having just won their first ever knockout in a World Cup, the pressure is on to push forward and go all the way to the final.

But New Zealand have pressures of their own. They have made it to the semi-finals of a cricket World Cup for the seventh time. They, like South Africa, have never made it to a World Cup final, despite showing plenty of promise on a number of occasions. The comforts of home will add extra expectation for the Black Caps, while South Africa can actually draw from other past experiences to give themselves a mental boost.

South Africa’s catchphrase during this World Cup has been that they are “treating it just like a bilateral series”. If that’s their thinking, then then they will surely draw from their recent experiences in the Land of the Long White Cloud. South Africa beat New Zealand on their home soil just a few months ago. The Proteas were largely dominant in the three-match series, and although none of the games were played in Auckland, the venue for their looming semi-final, they did familiarise themselves with the Black Caps’ cricketing approach. Brendon McCullum and his men take a largely aggressive approach, both through his captaincy and in batting. Statistically, though, New Zealand have not been that impressive – and weren’t that impressive the last time South Africa toured the country, either.

Just one player from the Black Caps, Luke Ronchi, managed a half-century on the tour. By comparison, South Africa had a centurion and four half-centuries from four different players. The numbers are much the same now. New Zealand had just two centuries in this World Cup and they both came from the same batsman. There have been seven half-centuries from five different players, but overall, New Zealand’s batting has actually been rather underwhelming, save for their dominant display against the West Indies on Saturday.

In contrast, South Africa have had five centurions and nine half-centuries. Despite their inability to chase, South Africa’s batsmen have offered significant consistency with six averaging above 45.00. They have struggled when chasing, largely thanks to their own mental weakness, but South Africa have enlisted the help of explorer Mike Horn to help them overcome their struggles. When South Africa toppled England from the pinnacle of the Test rankings in 2012, they had spent time with Horn scaling mountains before heading to England. When AB de Villiers and Faf Du Plessis held on for the most boring 68 overs in Tests in recent memory, Horn had spent time with them before the series. The team had not had any such adventures prior to the World Cup Pool stages, but Horn had joined them before the Sri Lankan quarterfinal. Whether or not the partnership was related to the clinical performance South Africa delivered in their knockout is tough to say, but it can’t be entirely a coincidence that such sterling mental performances came right after the two paired up.

For South Africa, the semi-final offers yet another chance for reinvention. For so long, in the one-day format at least, they have been a team which fumbles at the last hurdle. They have been a team who succumbs when the pressure squeeze is on. They now need to continue reinventing themselves if they want to progress. Overcoming that mental weakness will also offer a chance at retribution for so many years of sorrow. For New Zealand, it’s a chance to continue to show that they belong with the big boys. They have been a team on the rise for some years now, and an appearance in the World Cup final will be a cherry on the cake. DM