A beginner’s guide to the Nigerian elections 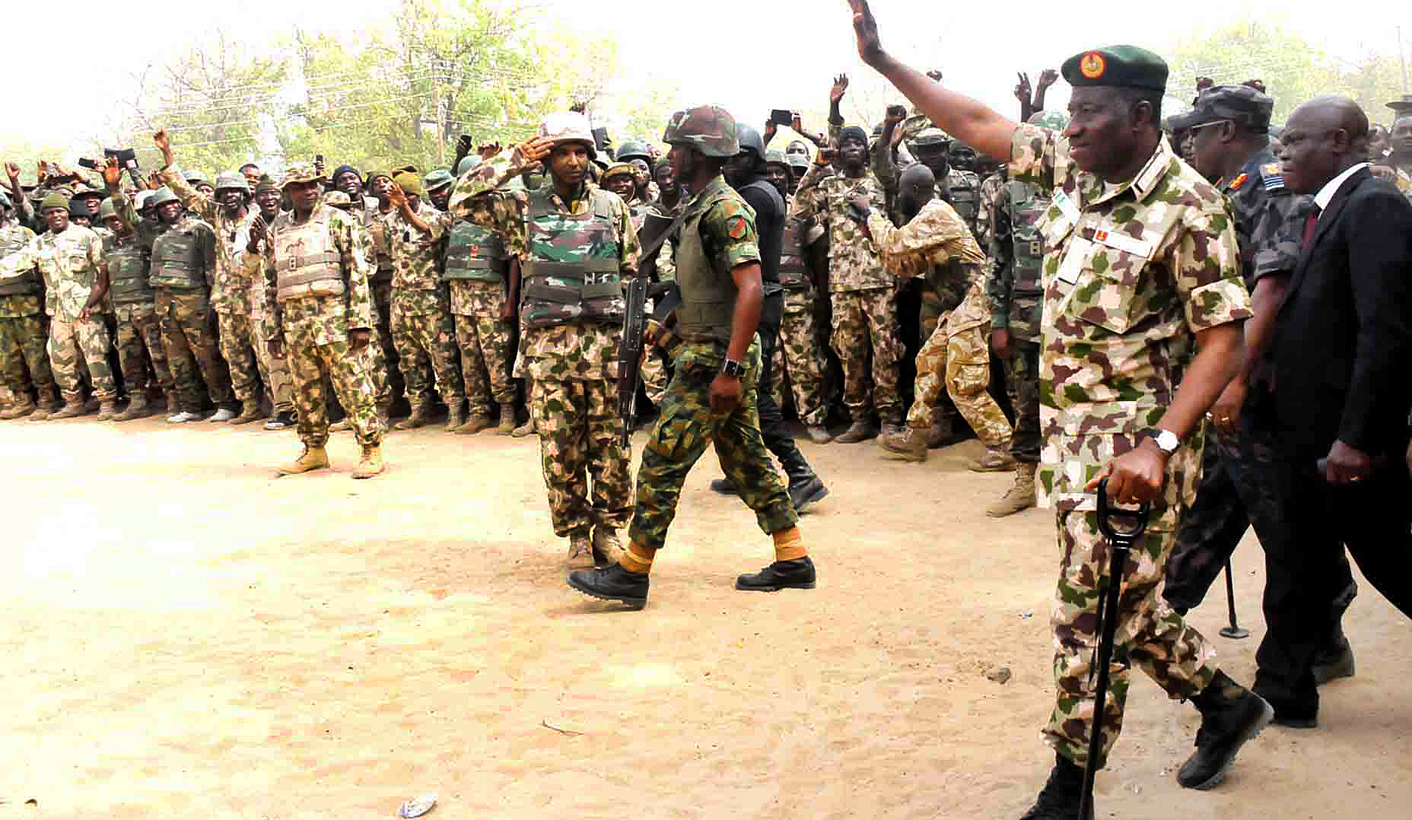 On March 28, Nigerians head to the polls in a crucial election. The result will have ramifications far beyond its borders. SIMON ALLISON runs through the basics.

Another African election. Yawn. Why should we care?

It’s all of these things. It’s also because this election, unlike previous Nigerian elections, is genuinely unpredictable. The ruling People’s Democratic Party has won every election since 1998, and never really looked like losing. This time is different. This time real change is possible, and so is real political upheaval. Opposition parties have united under one banner, and perennial runner-up Muhammadu Buhari, always the bridesmaid, is dusting off his wedding dress.

Hold on. Wasn’t there a military dictator called Buhari? Is this the same guy?

Ah. Yes. There’s the rub. Buhari was a major general in the army, and part of a cabal of officers that overthrew Nigeria’s democratically-elected president on New Year’s Eve in 1983. He became a military ruler, although not a particularly effective one. He only lasted 20 months before being overthrown himself. But he’s changed! Or so he tells us. He now believes in democracy and constitutions and all those good things, although he’s not a man with many regrets: “If you do your research well, you will realise the reason why the Supreme Military Council of that time took those decisions,” he said recently, referring to some of the controversies of his brief reign, such as the execution without due process of suspected drug dealers and the vicious crackdown on media – including, incidentally, specifically forbidding any discussion of a return to civilian democratic rule.

Despite his murky past – or, more likely, because of it – Buhari is back, at the head of the All Progressives Congress (APC). This is an alliance of Nigeria’s largest opposition parties, who finally realised that they could never win anything by themselves. The alliance has held remarkably firm, even attracting high-profile defectors from the PDP. Could they win? They are certainly in with a shout – so much so that these elections were delayed by six weeks, ostensibly to sort out the security situation but really to give President Goodluck Jonathan a bit of extra campaigning time.

It’s hard to know. There isn’t much credible polling data in Nigeria, so predictions are mostly speculative. But Jonathan is probably still in the driving seat, despite all the hype around Buhari. He’s got all the benefits of incumbency, and a very slick party organisation behind him – one that has raised serious money on his behalf. Jonathan’s support base is largely in Christian south of the country, while Buhari’s stronghold is the Muslim north (this is, admittedly, a very simplistic analysis); that means that Nigeria’s ongoing security problems work in Jonathan’s favour. While Boko Haram has suffered setbacks recently, which Jonathan is able to spin to his advantage, the militant group have told voters in the north not to vote – and threatened violence against those who do. This will likely impact turnout, to Buhari’s detriment.

Jonathan himself is a divisive figure. He was never supposed to be president, but destiny intervened: when President Umaru Yar Adua died in office in 2010, Jonathan was deputy, and took over. Most people thought he’d step down at the end of Yar Adua’s term, but they had underestimated Jonathan’s stubbornness. He ran for president, upsetting the ruling party’s delicate rotation between a northern candidate and a southern candidate, and infuriating some of its bigwigs – and contributing, no doubt, to the APC’s current popularity.

How is the security situation? And what happened to those girls, anyway?

At around the same time that the polls were delayed, Nigeria dramatically changed its strategy against Boko Haram. First, it admitted it had a problem that it could not deal with itself, and invited other countries to help. Cameroon, Chad and Niger have answered the call, with an African Union force in the works too. There are private contractors from South Africa involved too. Already it’s made a difference.

Boko Haram is being pushed out of some of the territory it controls, and has certainly stopped expanding. On the back foot, it has sought an alliance with the Islamic State in Iraq and Syria, and reverted to suicide bombings in urban areas to make its point.

The progress, however, remains slow; Boko Haram will not be defeated anytime soon, even if such a thing is possible. It will prove very difficult to dislodge once it retreats fully into its strongholds in north-eastern Nigeria.

As for those kidnapped girls, well, their fate remains a mystery. They have not been brought back, nor are they likely to. And that incident is just one of a catalogue of Boko Haram atrocities, many of which are much worse – such as the Baga massacre in which hundreds and hundreds of civilians lost their lives.

Read ‘I am Charlie, but I am Baga too: On Nigeria’s forgotten massacre’ on Daily Maverick

With all this uncertainty, should we expect violence?

All the ingredients for a messy post-election period are present. A chaotic electoral system, ripe for manipulation; a tight race for the presidency, with much at stake; and long-standing religious, ethnic and political divisions.

Nonetheless, Africa’s recent track record in this department is good. Over the last few years, several elections have looked likely to spill over into violence, but none have: think Kenya and Zimbabwe in 2013, Malawi last year and even little Lesotho in February (much to the disappointment of the travelling South African press corps). It’s a pattern from which Nigerians can take heart.

There’s still Boko Haram, however. It seems unlikely that the militant group would leave such a high-profile target untouched, especially when it is nearly impossible to defend. Voters near Boko Haram territory, or in major cities such as Abuja and Kano, exercise their democratic right at considerable risk. DM