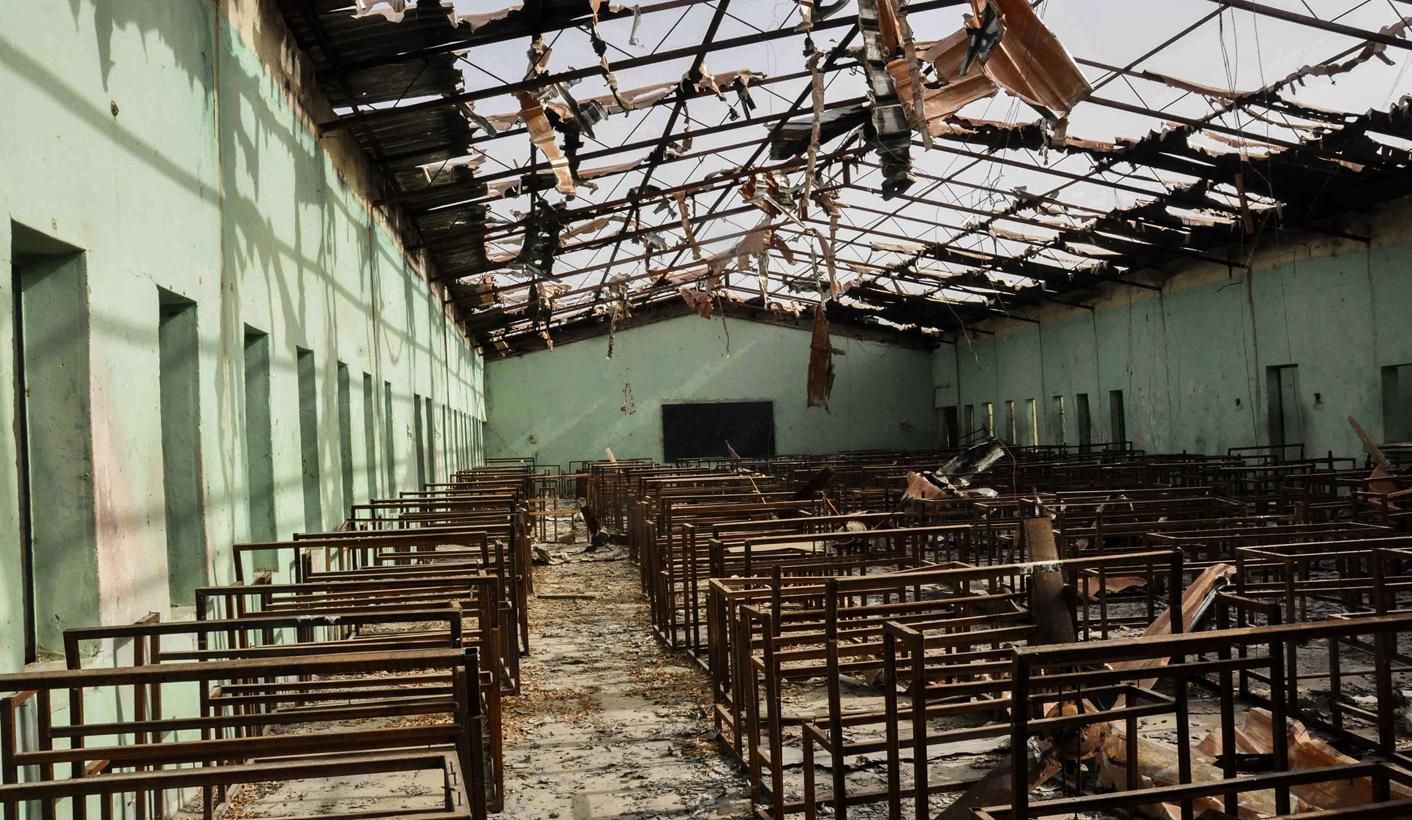 Roughly 8,300 people died in political conflict in sub-Saharan Africa in the first two months of 2015, largely as a result of Boko Haram activity. If the insurgency is not brought under control, this may be the deadliest year in a decade. Researched by Shirley de Villiers for AFRICA CHECK.

The first two months of 2015 saw about 8,300 people die as a result of conflict in sub-Saharan Africa, with just five countries – Nigeria, Cameroon, Sudan, Somalia and Niger – accounting for roughly 90% of these deaths.

Most violence was concentrated in West Africa, where conflict between armed forces and Islamist group Boko Haram, and Boko Haram attacks on civilians, accounted for the majority of conflict deaths.

Who is doing the counting?

The figures are extrapolated from the Armed Conflict Location and Event Data (ACLED) project, which has tracked political violence in Africa since 1997. It is a non-governmental organisation that gathers data on conflict events, role-players and fatalities through local, national, regional and international media sources on a daily basis. The information is supplemented with reports from non-governmental organisations in hard-to-access locations.

The dataset figures are conservative: where there are discrepancies in fatalities reported, the lowest figure is recorded in the database; and “dozens” and “hundreds” of deaths are recorded as 12 and 100 deaths respectively.

For example, it lists the death toll of the Baga massacre in northern Nigeria in January as 1,700 whereas initial reports said it had exceeded 2,000.

More than half of the deaths due to conflict in sub-Saharan Africa so far this year were in Nigeria. Conflict centred on Boko Haram activity which claimed roughly 5,700 lives in the country and that of its neighbours, Cameroon and Niger. (During the same period in 2014, 770 people were killed in Boko Haram-related violence.)

Boko Haram, which is said to have at least 15,000 members, largely draws its support from uneducated, unemployed and socio-economically disadvantaged Nigerian Northerners who are fed up with corruption, heavy-handed state security forces and neglect of the North.

The group has adapted its tactics and strategy since its turn to violence in 2009. Where it initially targeted government installations and personnel, it later directed attacks against civilians in campaigns of mass terror. The group more recently turned to conventional warfare, capturing and holding territory, but inroads by national and regional forces have seen it revert to guerrilla tactics.

An increase in direct conflict between Boko Haram and regional and national armed forces in Nigeria – roughly 70 conflict events this year against about 10 during the same period the year before – has weakened the movement.

In February, regional forces reclaimed the city of Baga, which Boko Haram seized in early 2015. By early March, 18 out of 20 local government regions in the northern states of Adamawa, Borno and Yobe had reportedly been retaken by the military. Niger and Chad have launched a joint ground and air assault, while the African Union has backed a 10,000-strong multinational force to neutralise the movement.

Yet the group remains a destabilising force. In early March, more than 50 people were killed in five bomb blasts in Borno state capital Maiduguri. The group is also reported to have gone on the offensive in neighbouring Cameroon and Niger, where a total of 930 and 500 deaths occurred in the first two months of this year.

In Sudan, the government is embroiled in war on two fronts: against rebels in Darfur, and against the Sudan People’s Liberation Movement-North (SPLM-N) in the southern states of South Kordofan and Blue Nile. These conflicts claimed 700 lives so far this year.

The issues underlying the conflicts are similar to Nigeria’s: local grievance as a result of political and socio-economic marginalisation and the inequitable distribution of resources in the country.

Darfur. Persistent conflict between the Sudanese government and rebel movements in Darfur first flared up in 2003, when the Justice and Equality Movement and Sudan Liberation Army took up arms in protest at the region’s marginalisation. The government responded by unleashing Arab militias, called the Janjaweed, which targeted non-Arab Darfuris in a campaign of genocide, as it was referred to.

Since then 400,000 people are thought to have died, and nearly 3-million displaced. Government attacks against rebels are said to have escalated: by early January, an estimated 115 villages had been evacuated or razed, with about 88,000 people displaced.

About 277 people have been killed in battles between government forces, their allied militia and rebels since the beginning of 2015.

They soon began agitating for political autonomy, political reform and a more equitable distribution of Sudan’s oil riches. The rebel movement subsequently banded together with the armed opposition in Darfur under the banner of the Sudan Revolutionary Front (SRF), formed with the aim of unseating Sudanese president Omar al-Bashir.

The SRF has since joined forces with the political opposition, calling for political reform and an interim government to oversee a transition to democracy.

However, negotiations have yielded little in the way of results, and conflict in South Kordofan and Blue Nile has not abated: 255 were killed in battles between rebel forces and government so far this year.

With Bashir consolidating power in the run-up to the April 2015 presidential elections, and polls possibly cancelled in nine constituencies as a result of instability, there seems little hope of peaceful resolution in the near future.

In Somalia, 627 people have died in political conflict in the first two months of this year. The country has been fractured by violence since 1991, when then-president Siad Barre was pushed out of office. Clan warlords stepped up to fill the power vacuum left in his wake, leading to violent competition that effectively destroyed the state.

While clan conflict continues to contribute to the country’s death toll, it is Islamist group Al-Shabaab that constitutes the primary source of conflict in the country. Violence related to the group claimed 380 of the 627 lives lost through conflict in the Horn of Africa country in the first two months of 2015. These were largely battle-related, setting the group against national security forces and troops from the African Union Mission in Somalia (Amisom).

Al-Qaeda-linked Al-Shabaab has its origin in the radical youth wing of the Union of Islamic Courts, which seized control of the capital, Modagishu, and much of the south and central regions of the country from competing clan warlords in 2006.

The group, which seeks to establish an Islamic state in Somalia, is thought to comprise about 5,000 members. It draws its support from a conservative Somali population and plays on perceptions of government corruption. Al-Shabaab has presented itself as a viable alternative to government in territories it controls, providing citizens with the services and infrastructure the state is unable to offer.

Al-Shabaab has been weakened by clashes with Amisom and national security forces. The group is reported to have lost 85% of its territory after Amisom offensives in March and August 2014. The group faced a further setback when a US drone strike killed its leader, Ahmad Godane, in September.

On-going military offensives against the group continued in early 2015, with more than 100 battles between the group and Amisom or Somali armed forces. Three suspected US drone strikes on Al-Shabaab targets killed 40 people in the first two months of the year.

Al-Shabaab has not, however, lost its capacity to strike, attacking targets inside and outside the Somali borders. In July last year it detonated a car bomb near the Somali parliament and attacked the presidential palace.

Late in 2014 it killed 64 people in two attacks in north-eastern Kenya. And in the first two months of this year, Al-Shabaab attacked Amisom and African Union-Ethiopian forces convoys, two Amisom bases, as well as two hotels in Mogadishu.

Are things getting better or worse?

Five states accounted for 83% of conflict deaths in 2014, with Nigeria the overwhelming leader then too, with 11,000-odd deaths. It was followed by South Sudan, Somalia, Sudan and the Central African Republic. Most conflict involved battles between security forces and armed combatants.

While most violent deaths this year were the result of battles, the direct targeting of civilians presents a worrying trend. So far 40% (or 3,400) of conflict deaths in the region have been those of civilians targeted by armed groups, in contrast to 35% in 2014, when violence against civilians increased for the first time in five years.

2014 was the bloodiest year in sub-Saharan Africa in the past ten years, up from about 26,500 deaths in 2013. If the Boko Haram insurgency is not brought under control, 2015 may prove deadlier. DM

Shirley de Villiers is a doctoral candidate and lecturer in the Department of Political Sciences at the University of Pretoria.

Photo: A photograph made available 08 March 2015 shows the burnt examination hall of the Government Secondary School in Chibok where 215 students were abducted by Boko Haram Islamic militants about a year ago, Chibok, North East Nigeria 05 March 2015. According to reports two busy markets and a bus station wre the targets of an alleged Boko Haram suicide attack which killed 54 people and injured 143 in the city of Maiduguri in north-eastern Nigeria 07 March 2015. EPA/Henry Ikechukwu