Shot down in the streets: Maputo’s mafia-style killings 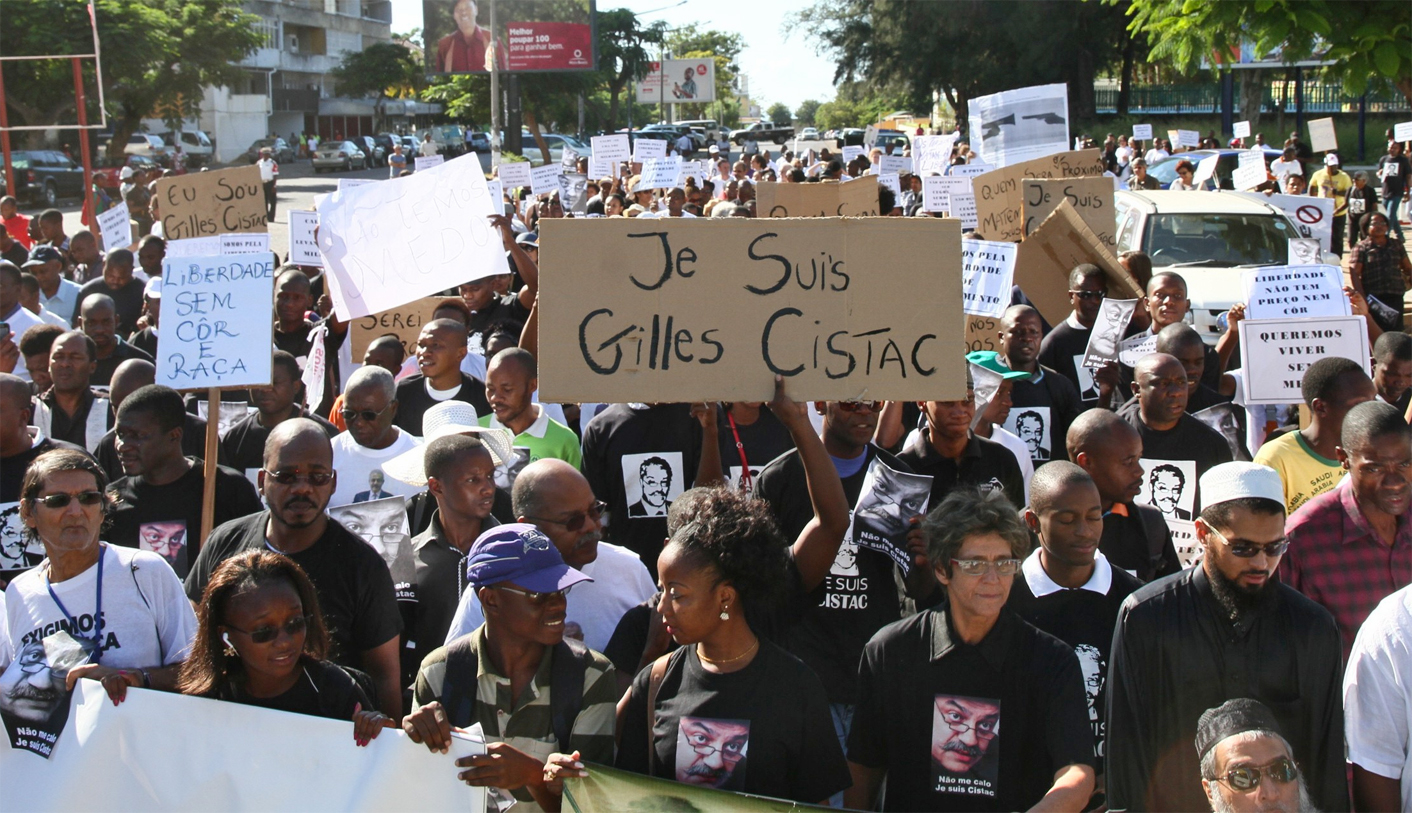 New Mozambican president Felipe Nyusi has many challenges to confront, including poverty and social exclusion. But the one that will take steely resolve is reclaiming the parts of the state captured by organised crime. Does he have the political will to do so? MERCEDES SAYAGUES reports.

Martires de Machava, the name of a leafy street near the posh Polana Hotel in Maputo, honours freedom fighters imprisoned in the Machava prison on the city’s outskirts by the Portuguese colonial regime.

Today, the street could add Martyrs of Justice and Democracy to its name. Near the crossing with Mao Tse Tung Avenue, top investigative journalist Carlos Cardoso was gunned down in 2000. Why? He was investigating a $14 million bank fraud that implicated, among others, Nyimpine Chissano, eldest son of former president Joachim Chissano.

Two weeks ago and just three blocks away, constitutional lawyer Gilles Cistac was shot dead as he left the ABFD cafe at 8:30am. Why? He had advised that greater provincial autonomy – a demand of Afonso Dhlakama, leader of opposition Renamo – was not unconstitutional.

Frenchman Cistac, a naturalised Mozambican who had lived in the country since 1993, was recently the target of hate speech and threats on social media for advising Renamo.

A day earlier, the chairman of the Lawyers Association, Tomas Timbane, speaking at the opening of the judicial year, described a climate of fear and insecurity, lack of respect for the rule of law, weakening of the judiciary, expansion of organised crime and abuse of power and corruption among politicians and police.

“Arbitrariness creates the space for the political class to be free to act unlimited by rule of law, without fearing a reaction from those they trample,” he said.

Prophetic words, made real by Cistac’s bloodied body sprawled on the pavement, at least three bullets in his back.

Who wins and who loses with Cistac’s murder?

Analysts point to the tension inside ruling party Frelimo between two centres of power, party head and former president Armando Guebuza and new president, Filipe Nyusi. Frelimo hardliners are angry that Nyusi agreed that Renamo could table in parliament a proposal for greater provincial autonomy. Now Nyusi starts his mandate tainted by this political murder.

What are the chances of the killers and masterminds being arrested? Very little

Mafia-style killings are frequent in Maputo and practically all go unsolved.

In January 2010 I moved to Maputo, into a flat around the corner from Cardoso’s memorial. In the first four months, four detectives of the Criminal Investigation Police (PIC) were murdered in three incidents – one was a double hit of two PIC men on a motorcycle – within five kilometres of my flat. Zero arrests.

In April 2010, Orlando Jose, director of investigation, audits and intelligence at Customs Services, revealed at a press conference a scheme for importing luxury cars without paying tax, and impounding a car with $400,000 in cash in hidden compartments, linked to illegal diamonds from Zimbabwe. The following day he was shot dead in his driveway.

In August 2011, Gilberto Vicente, the new manager of the Maputo Elephant Reserve, was killed in a hail of bullets from AK-47s as he drove to Maputo. Vicente had been an honest and competent manager of the Niassa and Limpopo reserves. What did Vicente discover at the Maputo Reserve – a key transit point for stolen South African cars – that got him killed?

I will not list the many shootings of businessmen of Asian descent linked to money laundering, drug trafficking and real estate. One of the most bizarre was the shooting of the Pakistani-Mozambican owner of the Radisson Blu hotel (who survived and later sold it), unwittingly duped into an ambush by his sister, who was stopped by police along the sea promenade and phoned him for help.

In May 2014 judge Dinis Silica was shot dead in front of a police station in central Maputo the day before he was to rule on Manish Cantilal, a Mozambican of Asian origin accused of involvement in the wave of kidnappings of Asian and Portuguese business people – 40 in 2013.

The most tragic was the 2013 kidnapping of the 13-year-old son of Pakistani immigrants, owners of a small shop in Beira. The ransom was $100,000 but the family only mustered $30,000. Too little. The thugs cut off the boy’s arm and killed him.

A handful of members of the presidential guard and other small fry have been arrested but most kidnappings have gone unsolved and continue.

These murders have different roots but there is one common thread and that is impunity, which points to police inefficiency and complicity.

Back in 2000, massive international pressure from donors forced the government to investigate Cardoso’s murder, ending in a nationally televised trial that became a democracy-building exercise.

Last year, a macabre twist revived the Cardoso case. Six men were jailed for his murder and the bank fraud in 2003. Two accused Nyimpine Chissano of having ordered and paid for the murders of Cardoso and Siba Siba Macuacua, a respected economist investigating the fraud, who was thrown down a fifteenth story stairwell in August 2001.

Chissano denied the accusation but was charged with “joint moral authorship” in both murders. He died of heart failure aided by alcohol and cocaine abuse in 2007, before going to trial.

Among the six men jailed, the baddest of the baddies is Nini Satar, whom the police accused in 2013 of masterminding kidnappings – from jail. In 2013 and 2014, four of the six were freed on parole. Within a year, two were murdered – Vicente Ramaya and Ayob Abdul Satar.

Nini Satar was freed on parole in October 201 4. His associates’ murders remain unresolved.

Along with reducing poverty and exclusion, this is Nyusi’s biggest challenge: to recapture the parts of the Mozambican state captured by organised crime.

But can he? In Cistac’s case, Nyusi promised swift investigation. However, if security services or Frelimo hardliners were complicit, Nyusi may have to cover up for them.

Increasing the budget for judicial and law enforcement institutions and professionalising the police would help. Without equipment, training and political support, law enforcement personnel will remain threatened, corruptible, fearful and discouraged.

Keeping the judiciary weak and under-resourced makes it easier to block investigations. When that doesn’t work, killing a judge, a lawyer or a journalist effectively sends the chilling message: shut up now or forever. DM