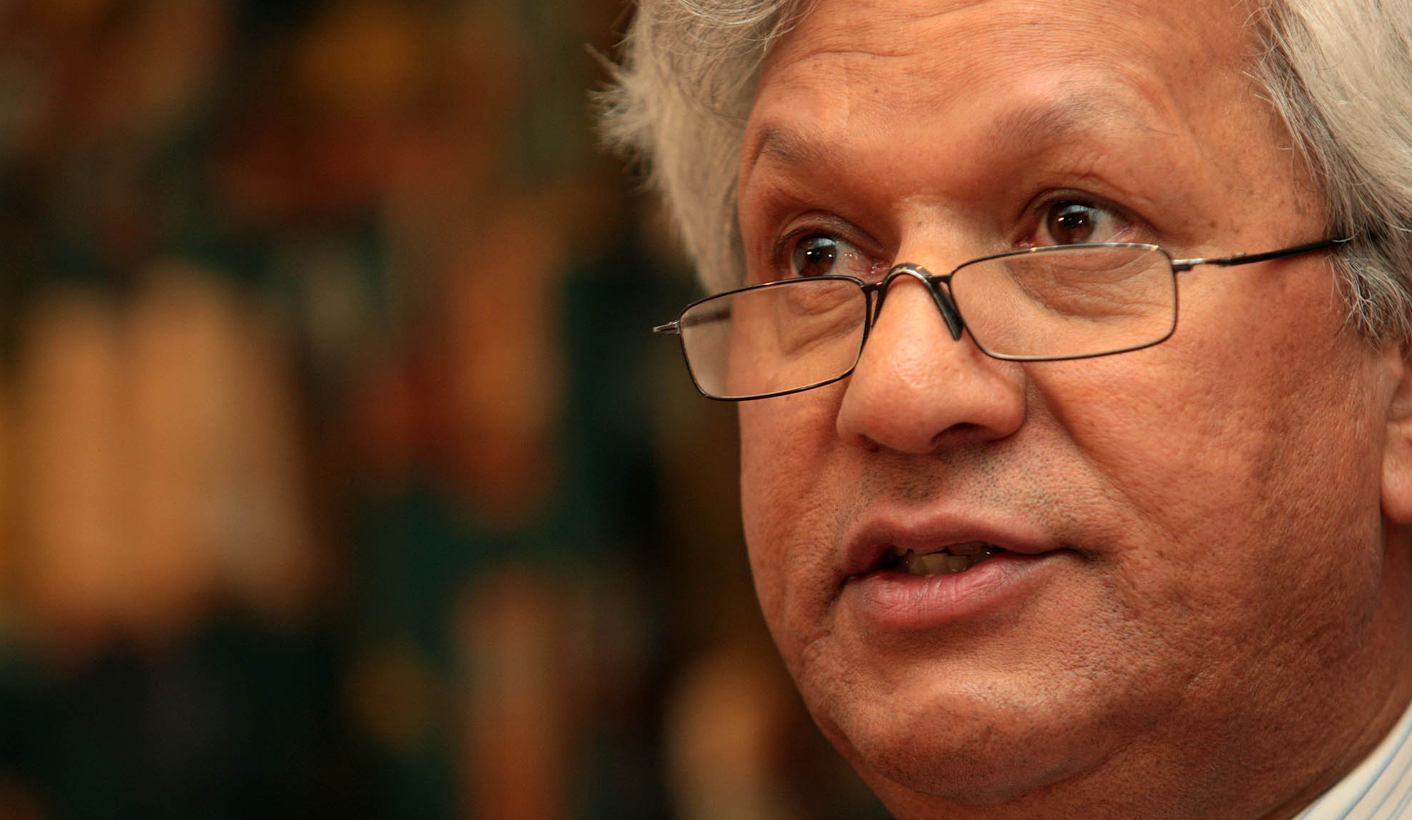 Roads agency Sanral has been hit by another scandal, this time involving fraud allegations relating to a statement submitted in court by its head Nazir Alli. It’s a bizarre tale – a pile-up on the highway of logic – that, sadly, few South Africans will be surprised by. ALEX ELISEEV reports.

While the headline act in the Sanral saga has been Gauteng’s multi-billion rand e-tolling project, another legal battle has been brewing in the Eastern Cape. The controversial N2 Wild Coast toll route proposed by Sanral has seen a community try desperately to stop the construction of a highway between Durban and East London. This rather stereotypical David and Goliath fight over the rural communities affected and the potential damage to the environment has been going on for years, with few city slickers in Johannesburg or Cape Town paying much attention.

But the latest round of court papers exchanged between Sanral and the attorneys representing some of the tribal authorities has ignited a rather unsavoury scandal.

A replying affidavit signed by CEO Nazir Alli at the end of November 2014 sets out to prove that communities along the new highway route are behind the project and that the attorney who claims to represent some of the residents has no mandate to wage war on their behalf. The attorney is Cormac Cullinan who, naturally, disagrees and argues that he does in fact have the required mandate.

The trouble, however, lies in the six supporting affidavits Alli relies on in his statement. These deal with meetings held with communities (because every Sanral scandal is, really, about public consultation) and purport to show there is widespread buy-in.

One of the supporting affidavits is from a community leader named Nomvelwana Mhlengana, who was surprised to find her name being used as ammunition by Sanral. Why? Because she’s a rather well known opponent of the Wild Coast highway who has even appeared in a calendar published to create awareness about the cause.

Her affidavit, which is printed on a Mbizana Local Municipality letterhead, states things such as, “I support the proposed N2 Wild Coast Toll Highway Project” and “I do not support the review application (the court action to stop the highway)”. The statement is signed on the 11 November 2014 and, strangely, commissioned at a local police station the following day.

In a subsequent affidavit, at the end of January 2015, Mhlengana sets the record straight. “I did not depose to the affidavit… I deny all the allegations made… I do not support the N2 Wild Coast Toll Highway Project.”

Mhlengana says she is angry “Sanral has filed a forged affidavit in my name which makes it look like I committed perjury… Since I did not go to the Mzamba Police Station on either 11 or 12 November I do not understand how anyone at the police station could have stamped an affidavit that bore my name.”

Further concern is raised that at least three other supporting affidavits could be fakes and that some of the people they claim to be signed by don’t actually exist.

By the end of last month, Cullinan and his team had compiled all the relevant legal papers to bring the alleged forgery to the court’s attention.

Cullinan says they were shocked to discover the affidavits. “The communities in question are against the toll road and when Sanral tries to make a case that the opposite is true it can’t find evidence to that and hence appears to have resorted to forging affidavits,” he claims. “This kind of behaviour undermines our system of justice in South Africa and shouldn’t be allowed… and it’s particularly disturbing when it’s a major public institution involved in this.”

Sanral has confirmed that Alli is personally aware of the allegations relating to his affidavit and has asked their lawyers to get to the bottom of what happened.

“We are aware of the fraud allegations that have been made in court proceedings,” says spokesman Vusi Mona. “Sanral views all allegations of fraud in a very serious light. Our lawyers are in the process of investigating these allegations and preparing a response which will be filed in due course as part of these court proceedings.”

Social worker and member of the Opposition to Urban Tolling Alliance, John Clarke, has been involved in the Wild Coast battle and says he has now written to transport minister Dipuo Peters to flag what has happened. He says he hopes Sanral will do more than just investigate.

“Will they see what is plainly before them and immediately report the matter to the Hawks to ensure whoever is responsible is prosecuted?… Mr Alli needs to prepare himself for some extremely tough questioning from Minister Peters, as well as the parliamentary portfolio committee on transport, who have also been alerted to the matter.”

While Sanral claims the new highway will empower the communities along the route (jobs, access to nearby areas, less travel time, etc) those opposed to it believe it will damage the environment, split up villages and may even pave the way for some unwelcome mining in the region.

There is no date yet for when this case will be heard in court, but Cullinan believes it will be later this year. There is also no indication when Sanral will give its full reply as to how the supporting affidavits came to be and who is responsible for their existence.

At the same time, the Supreme Court of Appeal in Bloemfontein is on Wednesday expected to hear arguments in a case concerning Sanral’s proposed Winelands Route in the Western Cape. The dispute at this stage is around how much information about the tolled highway Sanral is making public. As was the case with Gauteng’s e-Tolls, Sanral stands accused of trying to deny South Africans an opportunity to interrogate the project before it’s signed and sealed.

As for what’s happening with the e-tolling network in and around Johannesburg, the province awaits word from Deputy Cyril Ramaphosa, which is expected soon.

The fraud allegations to emerge in the Wild Coast project should shock not only the attorney involved and the woman whose signature seems to have been forged – but also an entire nation. It should lead to a criminal investigation and prosecutions. Alli should be on the front lines of trying to get answers. You’ll want to watch closely how Sanral explains this one. DM