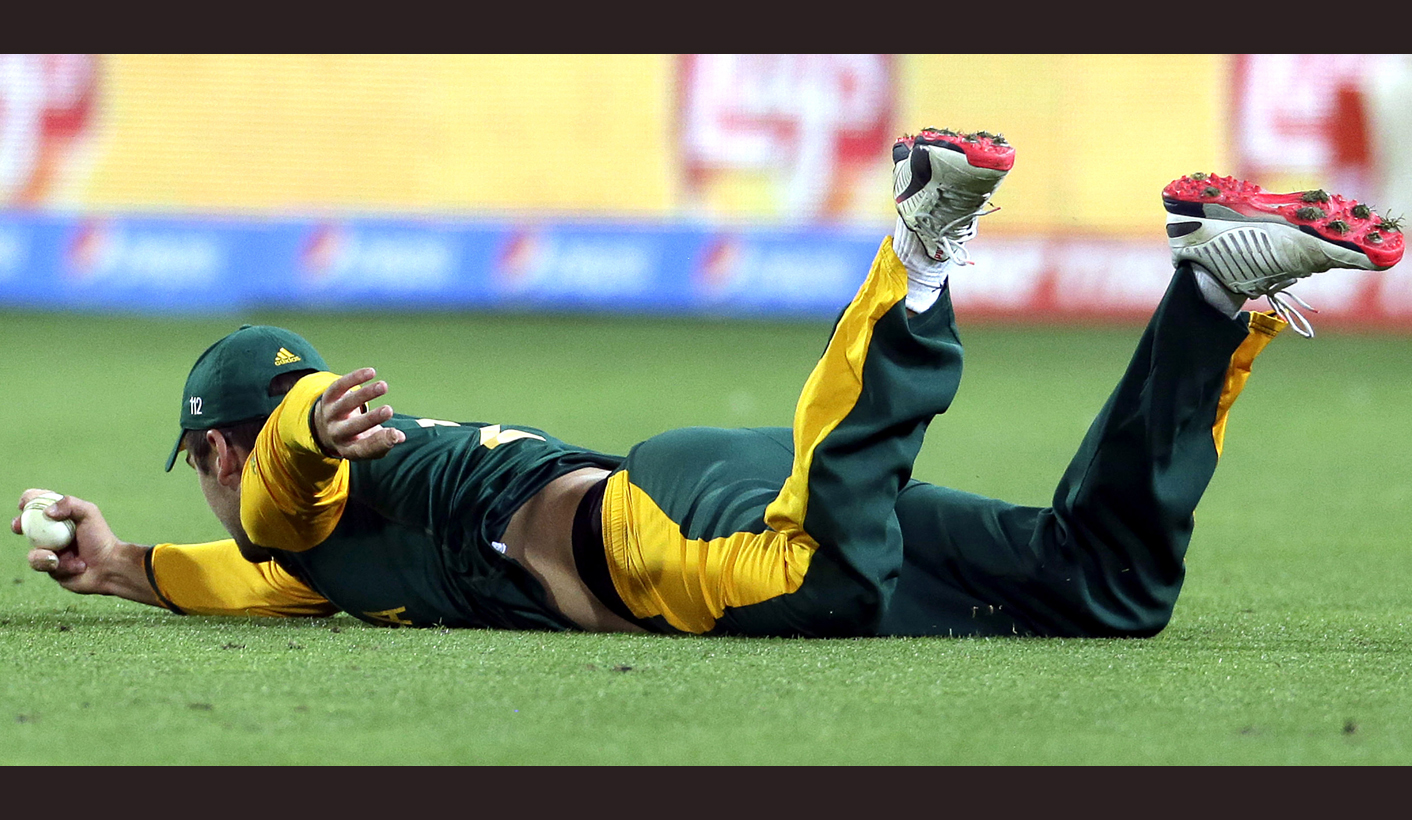 The knockouts are here and considering South Africa’s record in these rounds, they will have to pull out all the stops if they are to progress further in the ICC tournament. ANTOINETTE MULLER has five suggestions for how South Africa can counter the hoodoo that engulfs them.

South Africa and knockout phases in ICC competitions are like Jacob Zuma and Parliament – they don’t like being together. But just as answering the questions from the Red Berets is unavoidable for Honourable Number One, so the knockout phases of big competitions are unavoidable for South Africa. The quarterfinals are almost upon them so we have come up with a five ways they can get over the ghosts of ICC tournaments past.

The composition of the South African team has been discussed over and over again, but it has become quite clear that part-time bowlers simply won’t do in this tournament. They especially won’t do if they’re up against a team of batsmen who seemingly can’t stop scoring hundreds. While they might still be in trouble if they have to chase, especially if the chase becomes a squeaky bum chase, they have to go at it hammer and tongs and give themselves every chance to force as many mistakes as possible. AB de Villiers’ dibbly dobbly deliveries aren’t going to do that. Kyle Abbott, for all his wrongs in one-day cricket before the tournament started, has proved he is a reliable go-to bowler and with Vernon Philander fit and firing once more, they can afford to leave somebody like Farhaan Behardien out.

This is obviously easier said than done, which is where the next point will come in. But South Africa have insisted over and over again that they are approaching this World Cup “just like any other series”. They have said that quite often, but they haven’t actually done it. It was their main reason for not taking a psychologist with them, yet they employed a specialist to look after every single other aspect of the game. South Africa’s talk seems to have muddled their walk and they might need a little bit of help to actually start doing what they are clearly desperate to do.

How can it be that a team with such a supremely talented group of batsmen can be so horrendously poor at shot selection when the pressure is on? South Africa’s star players seem to forget how to build an innings and partnerships when they chase. There is absolutely no logical explanation for this. It is clearly an infectious mental block which has been passed on through generations. None of the guys who suffered that run-out incident back in 1999 are part of the squad, thus there is absolutely no reason for them to behave in the way they do. Yet, South Africa’s disposition to dealing with pressure remains the same as it was over a decade ago. In Tests, South Africa have held their nerve in some of the most intense mental battles and triumphed, but in one-day cricket, and the ICC tournaments in particular, they have failed time and time again. Clearly there is a mental block that is not going to be solved by a regular head doctor. A hypnotist might coax them out of their struggles, even if it is just temporarily. Alternatively, they need to find the sangoma Lance Klusener forgot to pay all those years ago.

If all else fails, South Africa could always resort to playing dirty. There are many stories about dodgy food doing sin sport and why should things be any different for South Africa? They could also do what Morne van Wyk did during the 2011 edition of the tournament and swap vitamins for sleeping pills. Desperate times call for desperate measures and South Africa must be desperate by now to get the knockout phase monkey off their back. (Disclaimer: This is not a serious suggestion.)

South Africa’s weakness in knockouts is centred around chasing. Doctoring the coin to make sure that they win the toss and can choose to bat first no matter what is one way to ensure that they shift the odds slightly more in their favour. It might require AB de Villiers dressing up as a seductress and sneaking into the umpire’s quarters, but hey, apparently there is nothing De Villiers can’t do. (Disclaimer: This too is not a serious suggestion.) DM