AfricaCheck: Is the APC really the face of ‘change’ in Nigeria? 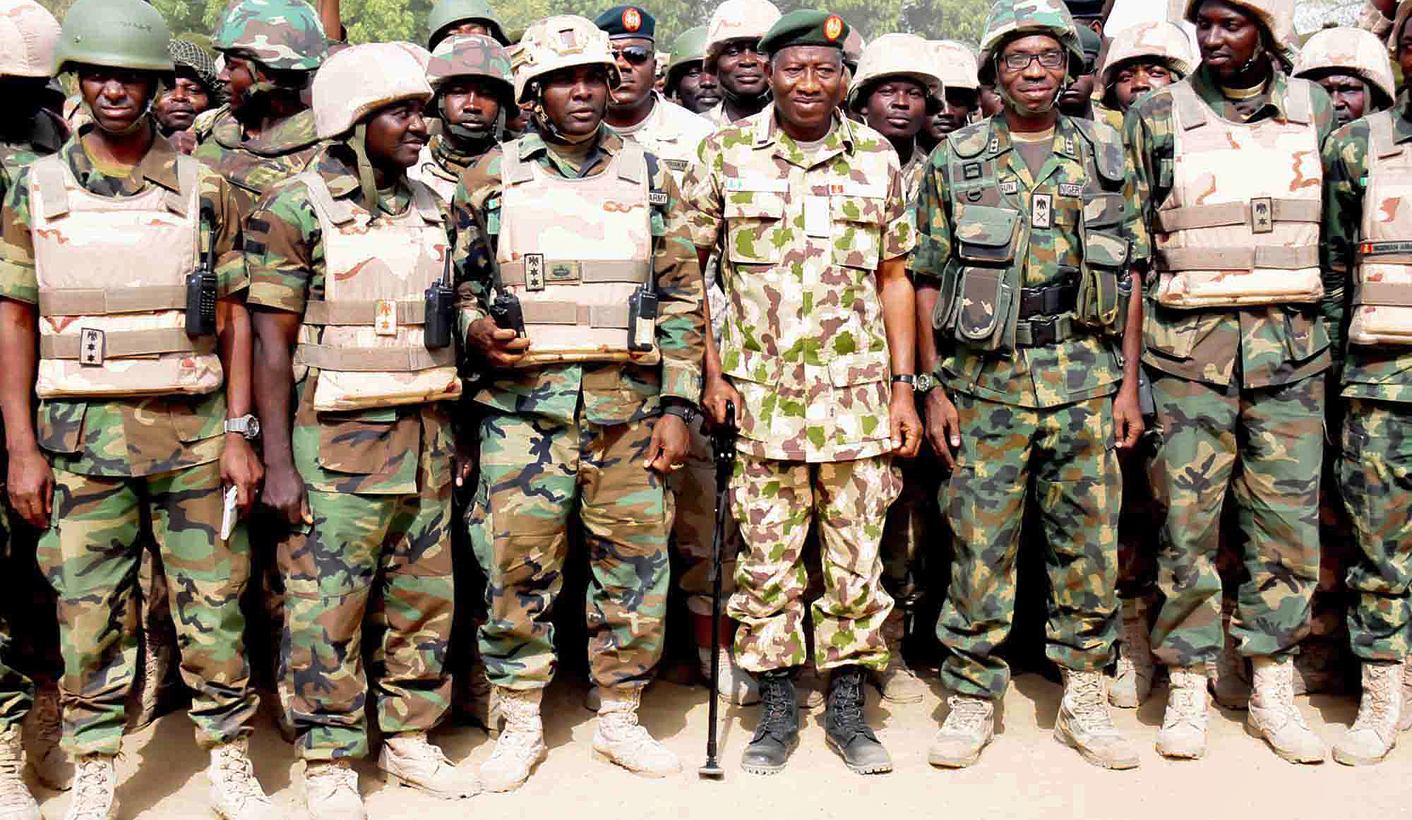 Nigeria’s first credible opposition party - the All Progressives Congress (APC) - has positioned itself as the face of change ahead of the March 28 presidential election. Is its vague rhetoric based on evidence? In the second of two pre-election reports, AFRICA CHECK investigates. By TOLU OGUNLESI, ADEWALE MAJA PEARCE & ADAM ALQALI.

Nigeria’s March 28 presidential election will be the first in which the ruling People’s Democratic Party (PDP) has faced serious opposition. The All Progressives Congress (APC) was formed in 2013 and is led by former military ruler Muhammadu Buhari – its presidential candidate.

The APC has made rapid political gains and has welcomed swathes of defectors from the ruling party. It now governs 14 states and has edged a majority in the House of Representatives.

Recent public polls put Buhari and President Goodluck Jonathan in a dead heat for the top job, each commanding about 42% support.

Buhari, who was in power for 20 months from 1983, is seen as being strong on corruption and security. Much of his party’s campaign has focused on those issues, couching his appeal in the vague language of “change”. Is there any proof that his party delivers?

The claim: “The only states which have invested billions into and actively developed and built independent power plants… can be found in APC governed states.”

Our verdict: This claim, made in a television advert, is false. PDP states have also invested in independent power plants (IPPs).

APC states do however appear to have been particularly proactive regarding power generation. Among them, Lagos – the commercial capital – stands out. It has built six functional independent power plants, with a total capacity of 60MW, to power public schools, hospitals, street lighting, and government facilities across the state. Other states investing in power include Kano, which is undertaking a 35MW IPP, and Sokoto.

However, a number of APC state governments, like Oyo, Osun, Ogun and Ekiti, have not invested in any power plant projects. A 49MW power plant inherited by the APC government in Ogun State is not currently in use.

Most of the IPPs in Rivers State were originally built when the state was under the control of a PDP government; state governor Rotimi Amaechi defected to the APC a little over a year ago.

Other PDP states have also made efforts in the power sector. The Akwa Ibom state government’s 190MW capacity power plant predates Lagos’ IPPs. Delta state has also invested billions of naira in an IPP, although the project has since become bogged down in controversy.

The claim: “The APC has built thousands of kilometres of quality roads.”

Our verdict: The claim that thousands of kilometres of roads have been laid, also made on television, is true. Whether they are “quality” is difficult to ascertain.

It is not possible to quantify the total length of road the opposition has built, because most states in Nigeria do not make their budgets publicly available or publish comprehensive project lists. However, “put together, APC states have built thousands of kilometres of road,” confirms Stanley Achonu, of the Lagos-based BudgIT Nigeria, a start-up using creative technology to represent budgets.

For instance, Sokotohas reportedly constructed 3,775 miles (6,075km) of road in the past seven years. Local press say that over 1,000km of new roads have been built in Rivers state. In a briefing last year, Lagos state said it had completed 147km of roads, with another 211km ongoing. Lagos is home to some of the nation’s more innovative infrastructure public-private partnerships, such as the Lekki-Epe Expressway, and quality constructions like the Lekki-Ikoyi Bridge.

Quality is dependent on the contractor, and harder to ascertain. Poor construction and maintenance mean that many of Nigeria’s public roads degrade almost as fast as they are built. “Most of the roads cannot be described as quality,” Achonu argues. “APC states like Kano, Rivers, Lagos, Edo have done well in terms of quality of roads, but poorly done roads can be found. States like Imo have more of badly done roads than quality roads.”

Nigerians are not particularly happy with the state of their roads, whether state or federal. A 2013 snap poll by NOIPolls, a Gallup-affiliated agency, showed that 7 out of every 10 consider them “unsafe”.

Our verdict: This claim, specific to Kano state, is misleading.

A 2012 pension review made available to Africa Check by Suleiman Abdullahi Dederi, the spokesman of the Kano State Pension Fund Trustees, showed only 1 out of the 10 different categories of pensioners in the state have enjoyed 4,000% increases to their pension payments. Those in the 9 other categories only enjoyed increases ranging between 10% and 45%.

“There are now ten categories of pensioners who have all benefited from the increment,” said Balarabe Gwarzo, chairman of the Kano state branch of the Nigeria Union of Pensioners. “This has really changed the lives of our members especially those that were receiving as meagre as N135 a month.”

The claim: “We built 500 of the best model primary schools in Africa.”

Our verdict: Africa Check could not independently verify this claim, made in a speech by Rotimi Amaechi, the governor of Rivers State.

Amaechi’s policy on education has drawn attention, with students reportedly moved from old to new classrooms. However, we were unable to confirm if as many as 500 primary schools have been completed and are active. Exam records, which could be used to judge their standards against other primary schools in Nigeria, are not readily available. Independent observers in the past have criticised the quality of new Rivers schools, which they say differ from what was promised.

Our verdict: This claim was made by governor Rauf Aregbesola on a number of occasions in late 2013, and features today on the Osun State’s “achievements” board. While not far off the mark, it is exaggerated.

There is no national data for Osun 2013. But in a September 2014 note, Global Credit Ratings, a ratings agency, noted that Osun State generated N13.1-billion in IGR in 2013, translating to about 1.1-billion monthly.

The claim: “Our concern about the wellbeing of our people has seen us build many high quality hospital facilities in all of our states.”

Our verdict: This claim, made in a television commercial, appears to be false. Some new hospitals have been constructed, but not “many” in “all” states.

Lagos, for instance, has built six new general hospitals under the tenure of governor Babatunde Fashola. But the Oyo state website makes no reference to new hospitals. A request for clarification from state officials did not receive a response at the time of publication.

Some states have built single new facilities. In Edo, for instance, only one new hospital appears to have been established under the current administration. It opened in December 2014. Another is under construction, but incomplete.

Many states have concentrated almost exclusively on primary health centres, which aim to provide accessible healthcare for all. As an example, the Ogun state governor claimed to have rebuilt and reequipped 50 PHCs in his first 100 days in office and a further 50 thereafter. Africa Check contacted the state health commissioner Dr Ola Soyinka, to see if any hospitals have been built, but did not receive a response.

Quality remains a huge problem. An investigation by Punch newspaper quoted a doctor at the Obafemi Awolowo University Teaching Hospital, based in the APC-run Osun state, claiming that they “treat patients with old equipment”. Punch found similar problems in other states – Ogun, Oyo and Kwara – where hospitals are “on the verge of collapse”. It concluded that “decay is now [the] norm.”

A survey carried out by the state chapter of the Nigerian Medical Association in 2013 labelled health reforms “an abysmal failure” due to underfunding. It cited harassment of doctors, “archaic equipment” and an absence of management boards, among other problems. DM

Photo: A man walks next to a campaign poster of the main opposition political candidate, Muhammadu Buhari of the All Progressive Congress (APC) in down town Lagos, Nigeria, 09 February 2015. The Independent National Electoral Commision(INEC), postponed presidential election slated for 14 February to 28 March 2015. EPA/AHMED JALLANZO