Mr President returns to Parliament, but what awaits him there? 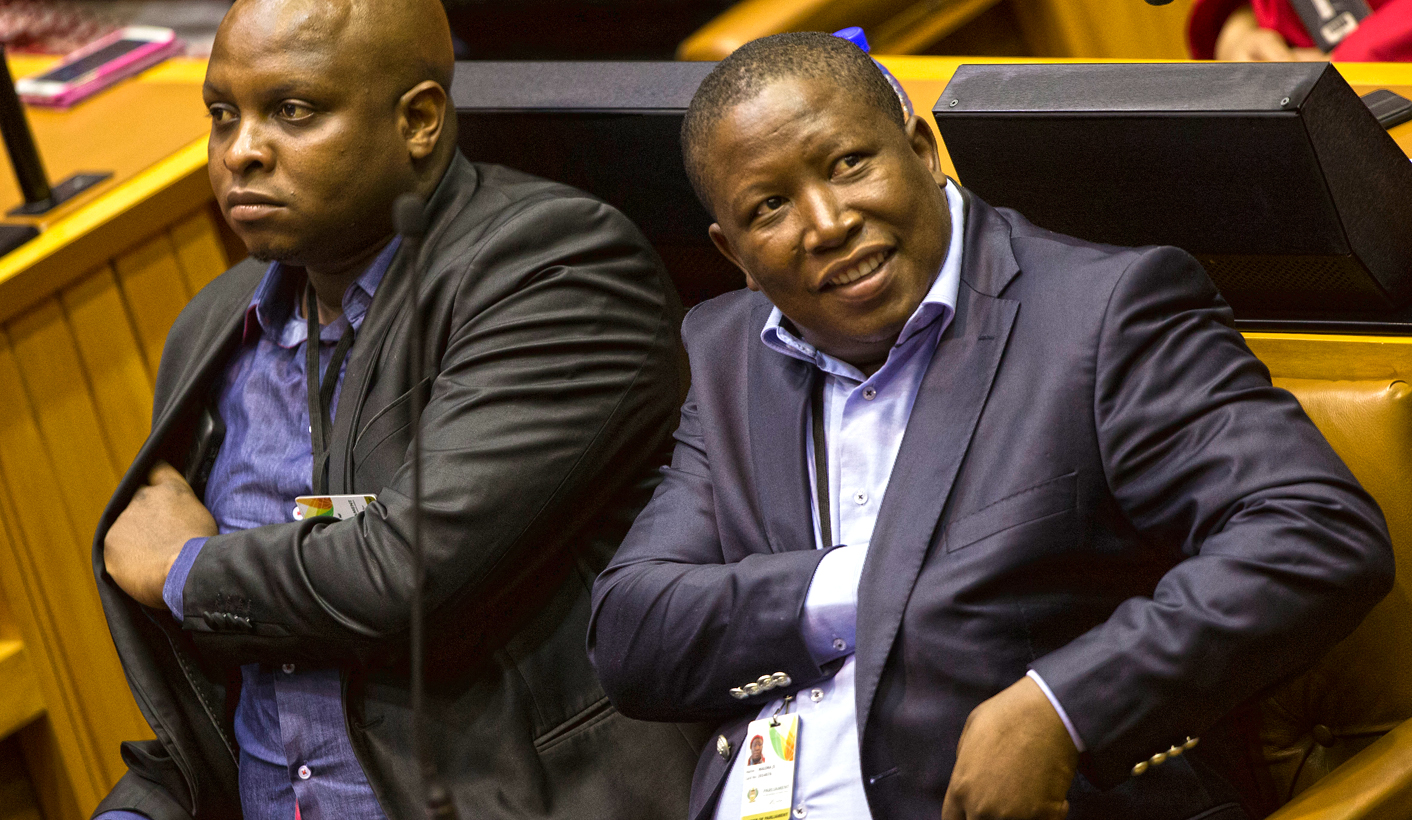 The last time President Jacob Zuma answered questions in Parliament’s National Assembly, it ended abortively amid EFF chants of “Pay back the money”, and ushered in months of Parliamentary chaos. On Wednesday, Zuma makes his long-awaited return. Is there any chance of this going smoothly? By REBECCA DAVIS.

The sessions in which the president gives oral replies to Parliamentary questions are usually not terribly dramatic. The questions are submitted, vetted and published in advance. Some are from ANC MPs, which means that they are far from strenuous, since no loyal cadre will want to show up Number One.

The president reads out a carefully worded, non-committal response which mostly reveals little, unless it’s an opportunity to wax lyrical about policy. Here’s an example from questions to the president posed in November 2013.

Erstwhile DA Parliamentary leader Lindiwe Mazibuko had submitted a question about whether Zuma had any involvement in the authorisation of the aircraft carrying the Guptas and their wedding guests landing at the Waterkloof military base on 30 April 2013.

“No, I had no prior knowledge, involvement or communication relating to the landing of a private plane at Air Force Base (AFB) Waterkloof,” replied Zuma. “The president is neither directly nor indirectly involved in the authorisation of civilian aircraft landing at airbases like AFB Waterkloof. I thank you.”

Nobody expects to be blindsided by the president’s prepared responses.

At the now infamous last session in August 2014, there was only time for three questions to be answered before the EFF’s chanting began. The ANC’s Joan Fubbs asked about the National Development Plan and growth. The DA’s Mmusi Maimane asked about the progress of the investigation into the appointment of Mxolisi Nxasana as National Director of Public Prosecutions. And then the EFF’s Julius Malema asked the president when he would respond to the Public Protector’s report on Nkandla.

The president did respond to this, in a fashion. “As the Honourable Members are aware, my response to all the reports on the security upgrades at my private residence was submitted to the Speaker on Thursday last week, the 14th of August 2014,” Zuma said. “I thank you.”

The rest, as they say, is history.

The National Assembly’s programming committee has already confirmed that President Zuma, “at the presidency’s behest”, will not start Wednesday’s session by responding to the leftover questions from that August session. Opposition parties had called either for an additional session to be scheduled to mop up remaining questions, or for Wednesday’s session to begin an hour earlier.

In an attempt to defuse the insistence that the president must respond to unanswered questions from that August session, the Presidency in February released written responses to the three questions that didn’t get answered because the session wasn’t concluded.

Of the six questions on the programme for Wednesday, none mentions Nkandla explicitly. One ANC MP is inviting the president to expand on “the implementation of the Back-to-Basics approach to local government”, and another is delivering a request to the president to talk about the benefits of Operation Phakisa (a wide-ranging programme to fast-track South Africa’s economic transformation).

The National Freedom Party’s Maliyakhe Shelembe is questioning the president on the apparent stalling of the Independent System Market Operator Bill, which would open up energy markets. The DA’s Maimane wants to know when else this year Zuma will be appearing to answer oral questions, given that in 2014 he did not appear on the required four occasions. [The Presidency proposed 18 June, 06 August and 19 November 2015 – Ed]

Increasingly prominent IFP MP Mkhuleko Hlengwa has a pointed question for Zuma, which pushes for a Constitutional amendment to protect the powers of traditional leaders. In 2000, the introduction of contiguous municipalities meant that traditional areas fell within municipal boundaries.

“While there was no problem with that, the issue is the duplication of leadership and institutions, between municipal councils and traditional councils,” Hlengwa told the Daily Maverick on Tuesday. “The bias turned towards municipalities, which received greater capacity. That meant that traditional leaders played second fiddle in terms of resources.”

Under the presidency of Thabo Mbeki, Zuma was appointed to lead a Cabinet Committee to look into this matter. That committee resolved that chapters 7 and 12 of the Constitution should be amended to prevent the erosion of powers for traditional leaders.

Hlengwa’s question will thus be interesting for a number of reasons. Most obviously, it was Zuma himself who led the committee which resolved to take a certain action which his administrations have not implemented. More importantly, both the IFP and the ANC have historically been at pains to woo traditional leaders and their constituents, so the president will be aware that much is at stake in his response.

But will the IFP get the chance to receive a response to their question?

The question the EFF has down for Malema to ask during Wednesday’s programme is broad; it encompasses the instability currently afflicting criminal justice institutions the National Prosecuting Authority, the Special Investigating Unit and the Hawks.

The second part of Malema’s question is more directly focused on Number One, however: “What is [Zuma’s] position regarding the perception that at the centre of all the problems experienced by the criminal justice institutions is the desire to protect [Zuma] from accounting for the charges that were controversially dropped by the NPA?”

Beyond this line of questioning, however, it is certain that the EFF is going to demand an answer to the question on which the party has staked a great deal of political mileage over the last six months: When will the president pay back the money?

We know this because Malema explicitly promised as much when he rose to give his contribution to the post-SONA debate last month.

“There is no doubt that you benefited from the construction of your private residence in Nkandla, and in our absence from Parliament [during SONA, when EFF MPs were ejected], you never said anything about the fact that you unduly benefitted, and must pay back the money,” Malema said coolly. “That is a question for another day and you will answer that question on a different date.”

The EFF has made it clear that that date is Wednesday, and the party has a habit of following through on its promises. Parliamentary officials will likely do everything possible to prevent a premature suspension of the session – even if that involves the manhandling of opposition MPs out of the chamber yet again. As SONA proved, the business of Parliament proceeds awfully smoothly without an opposition present.

If EFF chanting does end the session prematurely again, however, it isn’t just the president’s handlers who are likely to be displeased.

“The EFF can’t have a monopoly on Parliament,” the IFP’s Hlengwa told the Daily Maverick.

“We also have constituents, and we must get our responses.” DM