Op-Ed: SA democracy under pressure – but how much? 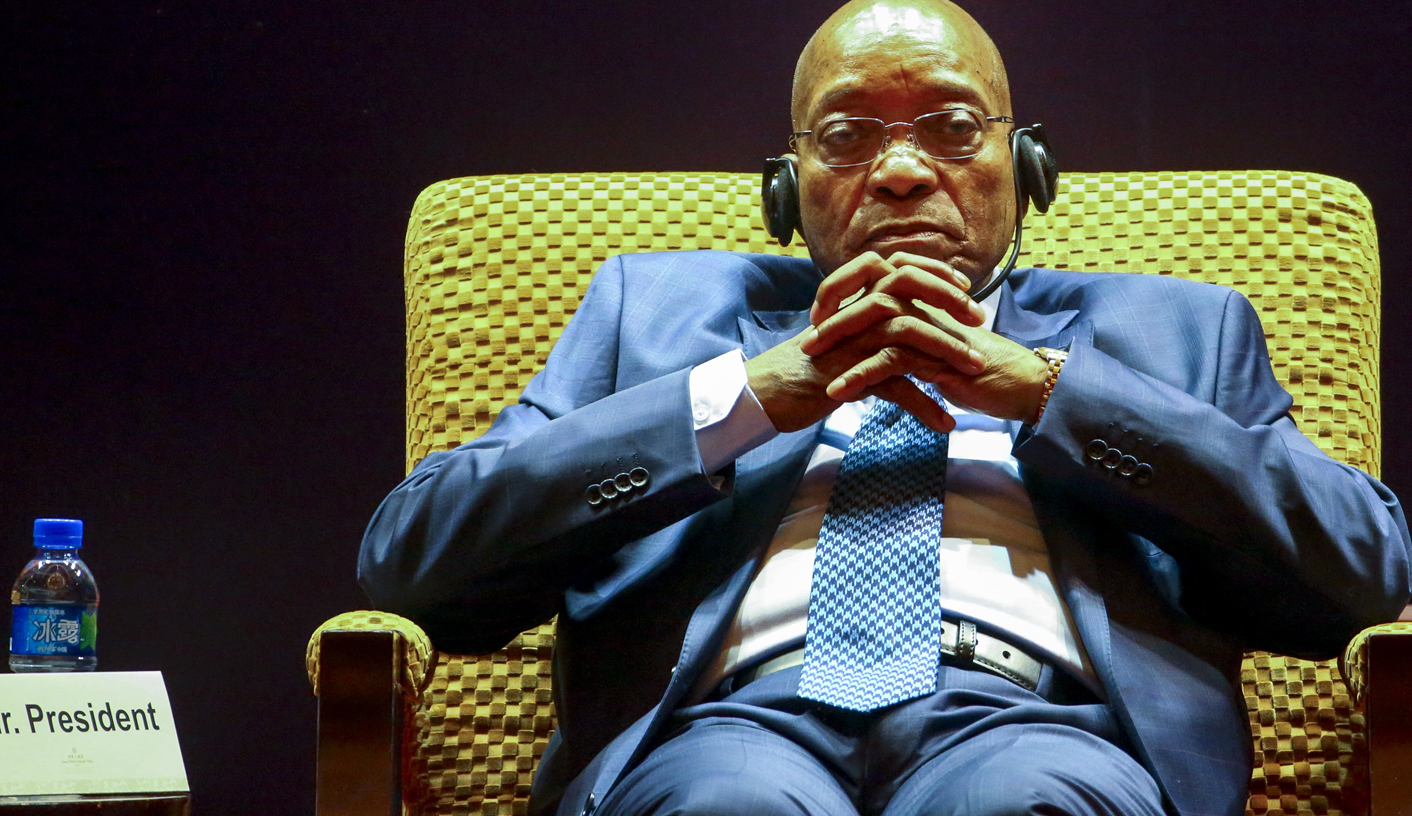 One of the deeper questions of our politics, which goes to the heart of the ANC’s motivations, is whether or not the party would ever give up power peacefully. This is a loaded question, of course. If you ask it, you’re suggesting that the ruling party might not in fact run the country to make ‘a better life for all’, but rather to perpetuate its own power. You are also suggesting that the party, and those who currently run it, could one day become dictatorial - a serious allegation. But recent events are beginning to suggest that there are elements within the ANC that are prepared to bend or break the rules. As a result, some among us will think this could be the beginning of the end. It is not. By STEPHEN GROOTES.

The history of the post-liberation ANC is littered with the misuse of security and intelligence services to sort out internal rivalries. Billy Masetlha and Thabo Mbeki had such a huge falling out when Masetlha ran part of our intelligence services that the case ended up at the Constitutional Court. The Browse Mole Report caused massive tension between different groups of the party; at one point Saki Macozoma reported that he had been put under surveillance. But recently the trend has appeared to move to seeing part of our security apparatus being used not to sort out internal power-fights in the ANC, but to fight external threats to the party’s grip on power.

The jamming of cellphones during the State of the Nation Address, the use of physical force by Public Order Police (who still haven’t been officially named) to remove the Economic Freedom Fighters caucus, and now the State Security’s statement about its ‘investigation’ into Julius Malema, Thuli Madonsela, Joseph Mathunjwa and Lindiwe Mazibuko shows that indeed state agencies are being used against the ANC’s political opponents. But those with longer memories will know this isn’t the first time this has happened. Last year the offices of several people linked to the breakaway from Cosatu by metalworkers’ union NUMSA were broken into. Indeed, long before that, in 2001, the DA reported that there had been break-ins at the homes and that spooks were stealing information.

Then, last week, Parliament voted to recommend that President Jacob Zuma appoint Vuma Mashinini to be a commissioner on the Independent Electoral Commission. While he has done nothing to suggest he is not fit and proper, his back-story includes a stint as Zuma’s special projects advisor, leading opposition parties to reject his nomination. This, again, is being used by the ANC’s critics to suggest it’s breaking the rules to hold on to power.

At this stage, however, it’s important to remember a few other mitigating factors against the claim that the ANC would refuse to ever give up power peacefully. Firstly, the ANC changes over time; the ANC we are currently dealing with is, to an extent at least, Jacob Zuma’s ANC. It is very different to Thabo Mbeki’s ANC. As we presume that Zuma will not be the ANC’s leader forever, it would seem safe to assume the party will change again after its conference in 2017. The new leader, whether it be Cyril Ramaphosa, Nkosazana Dlamini-Zuma or even Zweli Mkhize, is likely to be very different. None of them have the intelligence background that Zuma has, and so are unlikely to have the kind of control over the security agencies that he currently has. Also, while it’s hard to say this definitively, all three seem to have a stronger commitment to democracy than Zuma currently does.

It must also be remembered that the ANC is about much more than one person. These actions have been carried out by certain individuals. They do not necessarily represent the wishes of the entire party, or even of the entire National Executive Committee. Bear in mind that while it was clearly an ANC deployee who jammed the cellphone signals in Parliament, it was the chair of the ANC, Baleka Mbete, in her night-job as National Assembly Speaker, who ordered them to be “unscrambled”, and who got her way. Also, many people who come from an ANC background in Parliament that night were shocked at what happened. They are also likely to have been shocked by the State Security Agency’s actions in its “investigation”. While one group in the ANC may be in the ascendency for the moment, history tells us they are unlikely to remain that way forever.

Then there are the systems of a democratic state themselves. Even if, in a fantasy world, Mashinini were to be completely biased in favour of the ANC, the system in place would make it almost impossible for him to rig an election. Even if all the commissioners were somehow biased towards one party, the system we have allows everyone to see what has happened at every voting station. The electronic system allows you to see the signature of the chief electoral officer at every polling station. There are party agents who are present during the voting, the counting, and the collation of votes at every step in the process. To rig an election in this country, you would have to bribe a huge number of people, find ways to blind the party agents, and probably rig the electronic system as well. And all of that in secret, in a society where nothing stays secret for very long.

For the ANC to refuse to give up power, and to find ways to hold on to it illegitimately, would also require incredible skills in political management. It would be much tougher to do it here than, say, in East Germany in the 1980s, or in Zimbabwe now. Our electorate is educated, and crucially, informed. People know what’s happening; even if the independent media is somehow completely obliterated, you would have to knock out cell phone masts to keep information from moving around. Videos can be understood by anyone, and are spread by bluetooth requiring no other signal. Cellphone penetration here is massive – this is not Zimbabwe in 1990.

While there are some in the ANC with the best political skills in the business, it would surely be an impossible task. And until now, these skills have clearly been missing in action. The jamming of phone signals was a complete blunder, and as Gwede Mantashe has probably told someone important by now, the SSA’s ‘probe’ into the CIA spy allegations is being laughed at. Even with the worst motives in the world, Mashinini’s appointment is unlikely to change an election result (that doesn’t mean it’s not important – the perception of neutrality is everything in an election commission).

To try to control a population, especially one as politically aware as ours, requires at the least careful planning, complete secrecy, control over all aspects of communication, the ability to read trends, domination of the intelligence apparatus, control over all cellphone systems, the complete capture of almost every electoral official, and probably telepathy. It’s hard to see anyone pulling that off, never mind those who think that announcing an investigation into whether Julius Malema is really James Bond is the definition of political subtlety.

So, then, it would seem we shouldn’t worry too much. That said, the fact remains that it is still wrong, morally, politically and forever, to jam cellphone signals, use our spies to take out political opponents, and play fast and loose with the IEC. It should not happen. The fact that it does happen doesn’t necessarily tell us we are going to be a failed democracy. It tells us that there are people within our government, within the ANC, who don’t believe that. And they are the ones that need to be removed from a space in which they can make decisions.

And then, as always, the price of democracy is eternal vigilance. You can’t be too careful. Those who want power should always be watched. DM