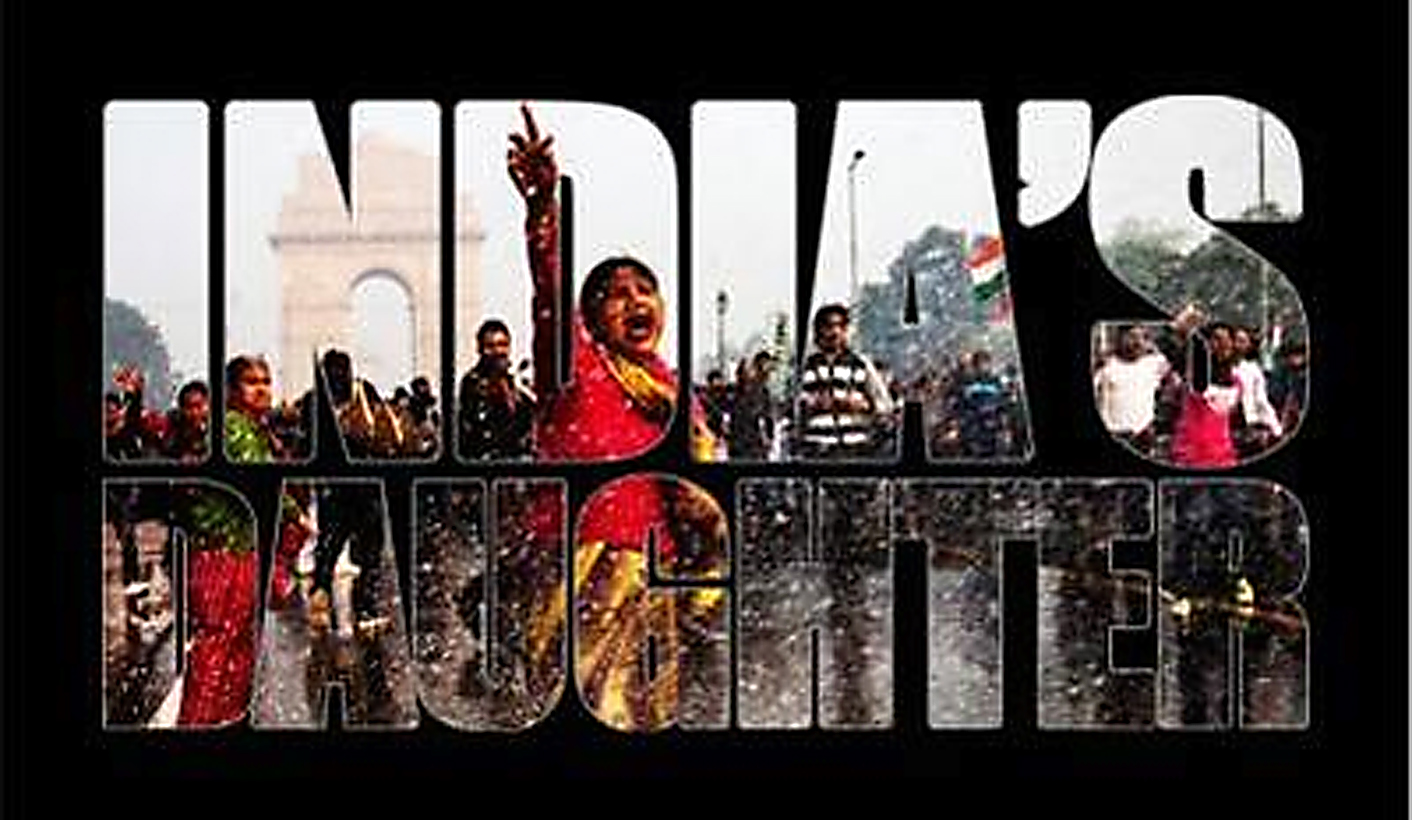 ‘India’s Daughter’ is a new documentary investigating the Delhi rape that took place in December 2012. It is worth watching, for a complex set of reasons that deserve interrogation. By SRILA ROY.

The gang rape and murder of a 23-year old medical student, Jyoti Singh Pandey, in Delhi in December 2012, has been referred to as a critical event in India. The mass protests that followed her rape on a moving bus and subsequent death from internal injuried transformed public discourse around gender and violence against women in India – from an experience shrouded in shame, silence and secrecy to one of hyper-visibility, whether at the hands of the state, mainstream media or ‘ordinary’ citizens. The government of India responded disappointingly from the start – from violently quashing peaceful public protests to disregarding most of the remarkably feminist recommendations of the Justice Verma Committee such as the inclusion of martial rape and sexual crimes committed by the state’s armed forced in the law on sexual violence. Once again, the government has disappointed by silencing public testimony to rape.

Leslee Udwin’s BBC documentary on the Delhi gang rape, India’s Daughter courted controversy even before it was available for view (until recently, on YouTube) largely by virtue of the platform it offers to a convicted rapist. Things came to a head with the Government of India banning the documentary on the grounds that it negatively affected India’s international image and constituted hate speech against women, a line that some of India’s most notable feminist activists are supporting. The BBC, not to be outdone, forwarded the broadcast of the film from its scheduled slot on International Women’s Day (March 8) to the evening of 4 March. As a consequence – and luckily for Udwin! – a documentary which is otherwise a fairly conventional Storyville/BBC4 product that showcases various aspects of a ‘case’ without great depth – has become overnight one of global interest.

My Facebook and Twitter feeds showcase the strongly polarised responses that this documentary has prompted even amongst those who have not yet had the opportunity to view it. It has been accused, for instance, within some feminist quarters of pandering to a ‘Western gaze’ that imputes rape to be a peculiarly Indian problem post the Delhi rape. In response, leader of the Communist Party of India (Marxist), Brinda Karat says that she finds nothing patronising about the film and opposes this critique – largely directed at the ‘outsider’ status of the filmmaker – as going against “global solidarity of women fighting sexual assault”.

Indeed, what would it have meant for this documentary to have been made not by a British filmmaker but by a South African one? Could we automatically assume that such a South-South as opposed to North-South partnership be the grounds for easy comaraderie? How come the revelation that Leslee Udwin was herself a rape survivor did not create the grounds for transnational feminist solidarity? The bigger critique, coming from some Indian feminists, is, of course, that the documentary’s showcasing of violent misogynistic views “adds to the cacophony of hate speech” and ought to be restrained on this ground. But, as other feminists have been quick to respond, “to render visible a reprehensible point-of-view is not to condone it” (Shohini Ghosh). In a context of increasing intolerance to expressions of speech that divert from or oppose commonsensical understandings– whether in the case of Charlie Hebdo or more recently, Avijit Roy in Dhaka – feminists should be wary of forms of censorship under the banner of ‘hate speech’.

Whatever one’s personal opinion of India’s Daughter, however, it unquestionable that it should not be banned and should be available for public viewing, widely. Part of the way in which rape cultures work, whether in India or South Africa, is through the power of silence: of silencing rape victims through fear or shame, or through rendering rape testimony literally ‘unhearable’ by shifting the burden of responsibility and accountability from the aggressor to the victim. The politics of what can be told and what can be heard in part explains why large numbers of rape survivors do not report assaults in most countries. Post the mass protests around the 2012 Delhi rape, women’s rights activists here in South Africa asked in dismay why they had not had their ‘Jantar Mantar moment’ espeically as the brutal rape and murder of Anene Booysen took place just over a month later.

Activists speculated that the media did little to showcase the pervasive and routine nature of violence agsinst women and the social contexts in which it emerged, beyond documenting its exceptionality in high-profile cases like the muder of Reeeva Steenkamp (as opposed to Booysen). Others suggested that the very banality of violence against women had made the wider public and not simply the media immune to its occurrence and effect; that there was a kind of fatugue given the endemic nature of violence in South Africa. These were discussions that emerged in the wake of the Delhi protests in India as well: that the Indian media and collective memory selectively mourns victims of rape culture: middle-class and upper caste women over lower-caste and minority women who are its routine casualities. But mostly that the media had never taken seriously what feminist labour has long made clear: that rape is about power and violence and not sex, and secondly, that rape cultures are products of institutions, not individuals. Media representation of violence against women – like the documentary in question – can serve the critical function of widening the discursive boundaries of rape culture and its victims and proponents or constricting it such that women’s voices are further silenced.

So, how does India’s Daughter bear testimony to violence against women? Does the telling of Jyoti’s story serve to reinforce patriarchal and misogynist explanations of rape culture and its victims? Or does it prompt a different set of affective and political responses?

To start with, India’s Daughter pays tribute to Jyoti Singh Pandey: her person, her life and especially her stalwart parents who are interviewed in the documentary and with whom lies our greatest empathy. They are presented as having strong feminist views in investing in their daughter in a wider context of structural preferences towards son and the low status of the ‘girl child’. Most importantly, their unflinching love and struggle for justice on behalf of their daughter is a powerful instance of overturning the shame that rape is associated with in countries like India and that contributes to its silencing and persistence. But like Jyoti herself who spoke out from the start, her parents continue her struggle to speak against silence, not just of societal shame but now of the Government’s ideological ploys.

The interview with Mukesh Singh – one of the accused whose death sentence is currently in appeal – is the centrepiece of the film and extremely significant, I think, from the perspective of understanding not a rapist’s mentality but the social conditions in which violence becomes possible, even normal. While interviewing murderers and rapists is not without its ethical issues especially given the tendency to turn them into celebrities or monsters, we have much to learn from the testimony of convicted rapists. In telling us how sexual violence is practised as sport and ‘fun’ and making clear that rape is about power and violence (in statements like ‘we were teaching her a lesson’), Mukesh’s words serve as much of a pedagogical function as do the voices of victims of rape in our societies. More importantly, his testimony provides clues as to how sexual violence is made possible and normalised in our societies, be that in India or here in South Africa. Mukesh’s genuine amazement as to why he was being punished so harshly when others are let free or when female victims of rape are burnt with acid or killed also speaks to the wider culture of impunity in which men can rape women. When we hear the defence lawyers voice the same logic of explaining and normalising rape – primarily by blaming the victim – we understand how pervasive such a culture is.

The documentary delves deep into the personal biographies of the male assailants, their personal biographies and their families and even showcases the urban slum they called home, amidst an affluent Delhi suburb. We here Mukesh talking about his first sexual encounter in a sexually repressed rural setting; a personal narrativisation of working-class masculinity that the mainstream media does not give us access to. Not only do they not appear to be monsters, the five men and one juvenile convicted in the case appear frighteningly ordinary, like millions of men disenfranchised from the promises of a shining India. The juvenile, for instance, is reported by his mother to have left his rural home for three years and presumed dead. He is reclaimed as a ‘child in need of care and protection’ by a NGO worker not in an attempt to redeem his acts but to understand them. All these instances have the effect not of straightforwardly ‘humanising’ the male perpetrator but of thickening our available narratives around rape culture and its objects and subjects.

But there is a flipside to the documentary’s linking of violence masculinities to poverty and deprivation, which is that elite audiences in India and abroad can easily to walk away from it secure in the understanding that only poor economically marginalised men – and not men in positions of power – rape women. Conversely, victims of rape culture are middle class women or those aspiring towards middle class status through enterprise and diligence. While both Jyoti and her assailants are of the same migratory and urban working class background, Jyoti is presented as being aspirational, independent, enterprising, feminist and unnecessarily humane (as if to enhance her status as a ‘good’ victim) in the documentary. Her family is described as ascribing to modern thoughts even though they come from traditional origins. Jyoti is, in other words, a thoroughly ‘modern’ Indian woman who fits nicely into the nation-state’s consumer oriented neoliberal aspirations. In sharp contrast, her assailants are portrayed as belonging to the criminal and dangerous underclass. In this manner, India’s Daughter reinforces existing class-caste biases in India but in ways that confirm India’s entry into a global (neoliberal) economy.

The questions that are being raised about the documentary in terms of the accused’s consent to testimony that effectively incriminates him further lends support to this criticism. The Government of India’s call for a ban is less, however, on the basis of these legal grounds than how the film ‘defames’ India. Its act of censorship – and silencing – is thus explicitly political. And for that reason alone, no matter what you make of India’s Daughter, it ought to be watched. DM