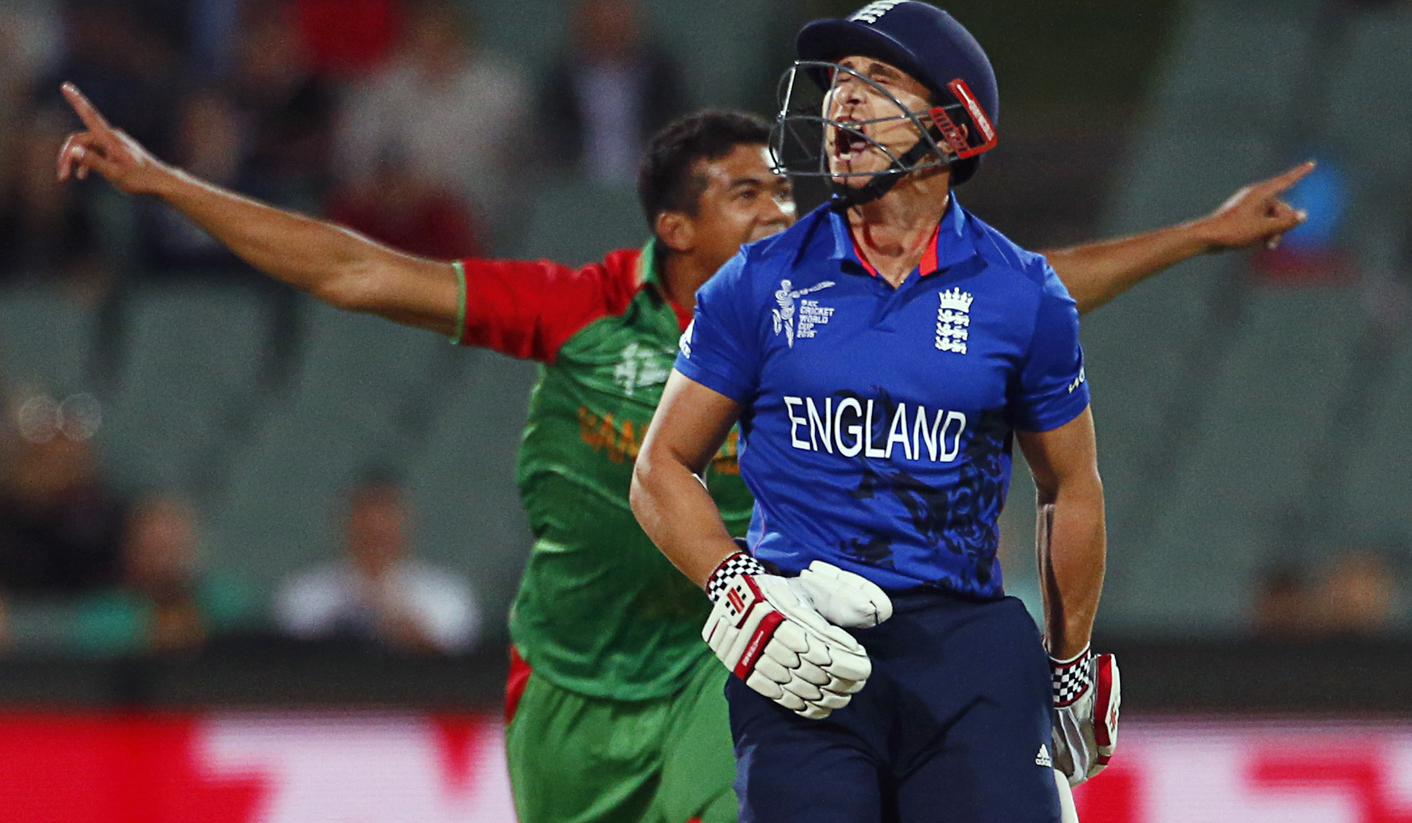 Don’t despair, South Africans. We are taught not to rejoice in others’ misfortune, but desperate times call for desperate measures. For all the ECB’s #LoveEngland Twitter campaigning, there’s no love lost there – and as for the sorry state of English cricket, it’s okay if you want to indulge in a little therapeutic Schadenfreude. By ANTOINETTE MULLER.

Is there a more insipid and uninspiring team at this year’s Cricket World Cup than England? We’re willing to wager not. On Monday, England managed to achieve exactly what this tournament was designed to protect them from. Peter Moores’ troops crashed out of the World Cup after being beaten by Bangladesh in their penultimate group encounter. When asked what happened as England failed to chase 275, Coach Moores responded, straight-faced: We thought it was chaseable, we’ll have to look at the data.

That about sums up everything that is wrong with English cricket at the moment. When Andy Flower left, they had a chance to start over and stop the Stepford Cricketer Robot Factory they were creating. Flower’s robotic approach had brought some success, but it was stifling the growth and wellbeing of some of the team’s inspiring youngsters. The Moores era was supposed to change all that, but it has seemingly become worse. The haphazard disregard with which England cricket treats its youth is a damn shame.

That they waited until Monday to hand Alex Hales, a highly rated one-day player on the domestic circuit, an opportunity to prove his worth, is only the tip of the iceberg of embarrassment. England can thank their lucky stars that they have automatic entry as hosts into the next World Cup, because if their limited overs approach continues at this downward rate, they probably wouldn’t even qualify. This will also serve as further fuel for Kevin Pietersen’s fire, especially after Moores quipped: “If we had a lot of experienced one-day players that we weren’t selecting, it would be different, but we haven’t got that. We’re not overloaded with high-class one-day players.”

Considering Pietersen has played 136 ODIs for England (and 250 List A games), Moores just shot himself in the foot. Piers Morgan will soon be lobbying for him to be reinstated as England captain, become chairman of selectors and probably represent the country in the next Eurovision competition.

What England’s recent troubles also underscore is that their cricketing system is far weaker than they have ever thought. If England’s county system is meant to be the breeding ground for future talents, then why are those talents not identified and groomed better when a team knows that they have a World Cup to plan for? England have had a horrific 12 months in the one-day format, losing 18 and winning just nine of the matches that they played. All that “preparation” and prioritising of one-day cricket clearly has not paid any dividends. But the most recent embarrassment in English cricket should not even come as much of a surprise. Since 1996, England have just a 26.9 win percentage against full members. They are poor as a one-day team and have stifled the mavericks who could take them to new levels.

As children, we are taught not to laugh at other’s misfortune, but there will be few people who do feel some Schadenfreude at the current state of affairs. Even the Japan Cricket Association got in on the action when they Tweeted: “Dear @ECB_cricket, this might not be a great time, but as there’s room in your schedule, fancy a game in Japan on the way home? #challenge”.

Perhaps they will spend the evening whistling kumbaya in a form of catharsis to prepare themselves for doing the unthinkable – and asking for Pietersen to please come back.

Paul Downton, MD of the ECB, said after the match that the team lost because of “inexperience” when just 12 months ago he was perpetuating the need for fresh faces and a new start.

So, South Africans, while you might be feeling glum and a little despondent over a team which is completely incapable of chasing a total, there is solace in the fact that at least it’s not a team packed with robots, run by clowns. At least the South African team is, to an extent, relatable. At least there is a noticeable human element to the team, even if you feel like you want to stab them with pitchforks before they’ve even broken your heart with a knockout round exit. DM

Photo: England’s batsman James Taylor (R) screams after being caught out by Bangladesh’s Imrul Kayes (not pictured) off the bowling of Taskin Ahmed (L) during their Cricket World Cup match in Adelaide, March 9, 2015. REUTERS/David Gray