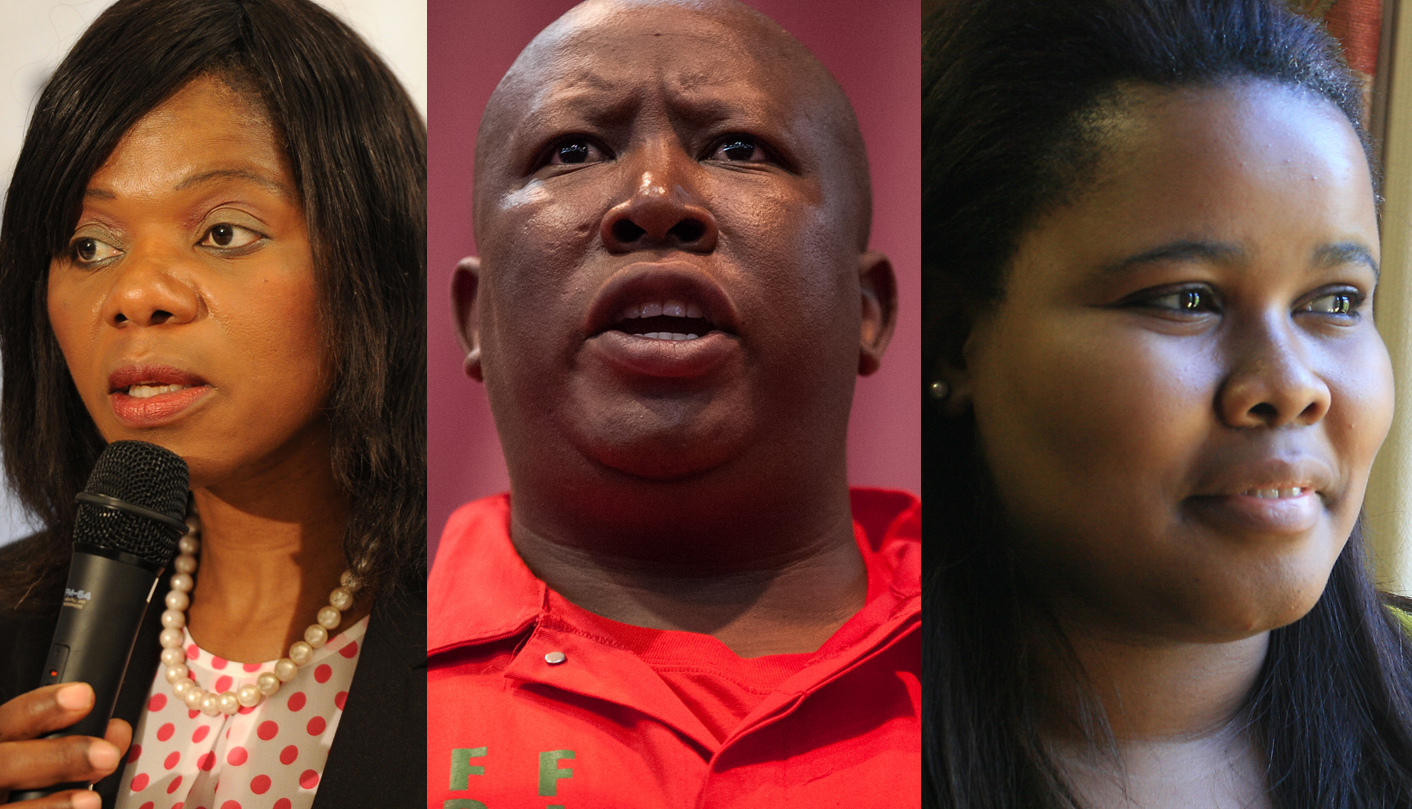 After the State Security Agency joined the long line of spy shops to become a laughing stock, the government is fighting back. On Thursday afternoon, they warned us of an espionage plot hatched by a CIA superspy team comprising Julius Malema, Lindiwe Mazibiuko and Thuli Madonsela. Where did they gather their 'intelligence'? Try a fringe website called Africa Intelligence Leaks, which sports the (perhaps ironic) tagline, 'Always True Post'. RICHARD POPLAK holds his nose and dives in.

Have you, dear reader, ever been present at a birth other than your own? Have you witnessed the whelping of a human – the mucous, blood and unidentifiable goop marking the entrance of another protagonist/antagonist on to the increasingly crowded stage? What a business! What theatre! In the tragi-comedy we call life, the first moments are always most dramatic. Everything else is a bit pallid by comparison.

This is something we should keep in mind as a postmodern digital surveillance state is pulled from the ruling party’s womb by the unskilled hands of a trainee obstetrician. Over the course of the past few weeks, we’ve been (un)edified by so-called Spy Cables drama. Dribbled out by our info-meisters at The Guardian and Al Jazeera, and leaked to said publications by God-knows-who (although we here at the Daily Maverick have our suspicions), the Spy Cables delivered a bunch of gossipy HUMINT that portrayed our spooks as ordinary schleps, folks just trying to make it through the day without accidentally blowing up southern Africa with their shoe nukes.

What did the Spy Cables tells us? Mostly that the SSA are sort of lax, asleep-on-the-job security hacks that simultaneously underestimate and overestimate the importance of security in a world gone mad. There is some sanity to be found in the Spy Cables – the security cluster refused to buy into the manufactured hysteria regarding the Global War on Terror™, and refused to see an Al-Qaeda operative lurking in every closet. But the SSA, like the rest of this parochial, inward-looking country, was mostly interested in itself. Our security apparatus, on final assessment, must be considered the institutional manifestation of a selfie stick.

Which is not to say that all the spying amounts to anything. It doesn’t make us safer, and it doesn’t make the government more secure, mostly because there is no such thing as an inviolable digital cache. If a nerd with a flash drive can smash the multi-billion dollar National Security Agency (NSA), then any spy service is doomed to embarrassment.

Allow me to answer by bringing your attention to a recent paranoid delusion. On Thursday evening, a press release was sent out, titled “Statement by Government on Alleged Activities of Espionage.” Now, any time “espionage” is included in the subject of a government email, the wary journalist clenches his buttocks and braces for the worst. Generally, what he is about to read is the equivalent of watching a YouTube video of a fat kid ride a Skidoo into a dam wall – huge guffaw, followed by an eon of sickening, saddening self-hatred.

So it was with this time. Tjekkit:

The Minister of State Security, David Mahlobo, released a statement on 25 February 2015 wherein he raised a concern regarding social media reports alleging the espionage activities. The Minister further indicated that the government was going to look further into this matter.

These allegations made are in relation to the Head of the Office of the Public Protector, Advocate Thuli Madonsela as well as other political figures, such as Julius Malema, Lindiwe Mazibuko and Joseph Mathunjwa. A search conducted on these allegations made, led Government to the following website: africainteligenceleaks.wordpress.com, including other social media platforms.

The State Security Agency looked at the matter with great concern, as these allegations will impact negatively on our hard-won democracy and will undermine the independence and credibility of our democratic institutions.

The State Security Agency, working with other departments within the security cluster will institute an investigation in order to verify and determine the veracity of the allegations made.

Furthermore, the State Security Agency working with the entire Justice, Crime Prevention and Security (JCPS) Cluster will continue focusing on its core mandate of ensuring that South Africans are protected, secured and safe.

What in the absolute f**k are they on about? Well, that’s a good question, one that is not answered at all – or, rather, one that is answered in its entirety – by clicking the hyperlink above.

Regarding the quality of African Intelligence Leak’s, um, intelligence, I’ll quote the following post, titled “Is Thulisiwe Nomkhosi Madonsela an agent or a CIA employee?”

This is a question hard to answer because the CIA protects its agents. We would need documents to prove this to be true, but maybe we will never have them, or maybe we will. However, in espionage classic literature the weakest element of the chain is, without any doubt, the communications they establish in their networks, whether they communicate with the top of the pyramid or with the basis’ agents.

[one big-ass, all encompassing sic]

Why am I quoting this barely intelligible lunacy?

Because the government of South Africa is investigating the site’s claims.

The SSA, an institution that has just aired its skidmarked underwear to the universe, is taking these ravings seriously. Julius Malema and Thuli Madonsela teaming up as agents of the CIA?

Just picture them, huddling in the back of a News Café, Madonsela quoting from the Scriptures while Malema explains how a Whisper 2000 works.

Don’t worry, the SSA is on it.

There’s too much craziness here to tally. Can the government not just hack the site and see who’s posting these allegations? Do they not have images of Lindiwe Mazibuko funneling Bud at a Harvard kegger to use as a counter-espionage tactic? Mazibuko, “in spite of her black skin condition” (I’m once again quoting African Intelligence Leaks), summed it up rather nicely on Twitter: “It’s pretty embarrassing that a SA cabinet minister would issue a press statement responding to a false blog post from the lunatic fringe. ” (The emoticon is, of course, hers – I hear they’re standard issue at Ivy League institutions.)

So here it is, all the evidence you ever needed: the government of South Africa has gone insane. In an effort to erase the erasure of sense, they’ve blown up the entire meaning-making machine. This would be hilarious if it wasn’t so terrifying; it would be terrifying if it didn’t, once again, elucidate everything we already know about the 2015 iteration of the government. Rotten. Morally bankrupt. Schizophrenic. And like any true paranoid, foisting their sins upon those against whom they’ve sinned.

As the misshapen surveillance-state newborn is nursed on the government’s dripping teat, we are privy to the infanthood of a true monster. But the creature will grow, and it will learn, and it will strengthen, and it will get slightly less stupid.

And by then, it will be too late. DM