Lesotho votes: Back to square one 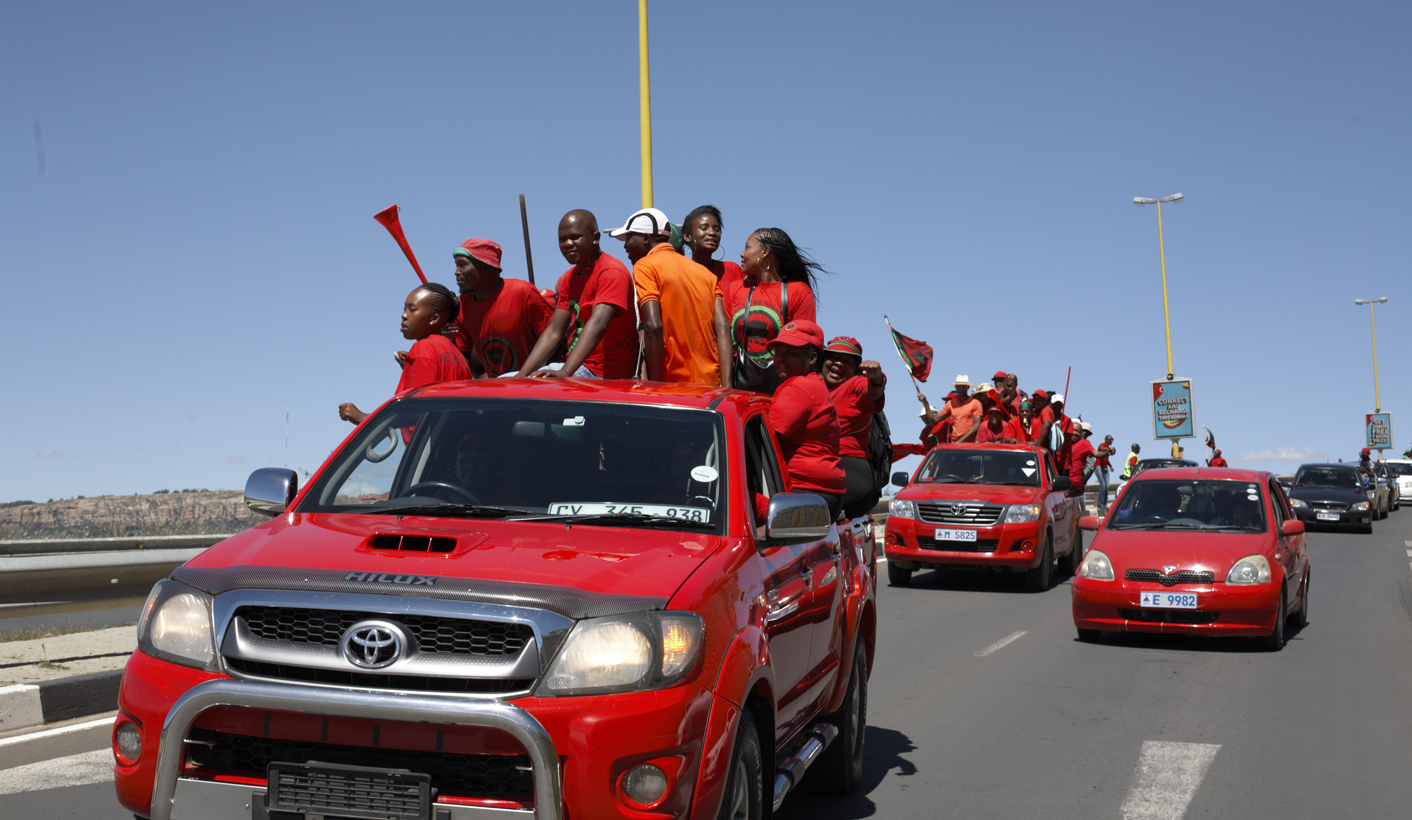 So there we have it: another coalition government in Lesotho, and yet another term for Pakalitha Mosisili. But before his victory gets the full democratic whitewash, let’s remember who started all this trouble in the first place. By SIMON ALLISON.

Lesotho has voted. The people have spoken. Democracy has been restored. This, at least, is the prevailing narrative, the one peddled ad nauseam by the officials and waist-coated observers wandering from buffet to buffet through the rarefied halls of the Maseru Sun and Lesotho Sun. It was in these twin hotels in the capital, surrounded, with only a few exceptions, by cops and military men from everywhere in southern Africa except Lesotho, that Lesotho’s election was counted, monitored and protected. If nothing else, it’s been a good weekend for Sun International’s bottom line.

“Based on its observations, the SADC Electoral Observation Mission concludes that the 2015 National Assembly Elections in the Kingdom of Lesotho were peaceful, transparent, credible, free and fair, thus reflecting the will of the people of the Kingdom of Lesotho,” said South Africa’s international cooperation minister Maite Nkoana-Mashabane, her obfuscation typical of a regional body that is desperate to make this whole Lesotho problem go away – even if it hands power back to the man who caused the problem in the first place.

Lesotho, remember, was not supposed to vote now. Not for another two years, in fact. But Thomas Thabane’s first term in office was cut short when his fragile coalition dissolved into acrimony, spurred on by Thabane’s vigorous anti-corruption drive and the blandishments behind the scenes of deposed Prime Minister Pakalitha Mosisili, who after 15 years in the top job was struggling to cede control and adjust to life as leader of the opposition.

Thabane narrowly avoided a vote of no confidence by going to a higher power, King Letsie III, who agreed to suspend Parliament until the chaos had calmed. But it didn’t. The army, its upper echelons still loyal to Mosisili, stepped in. Was it a coup? Wasn’t it a coup? With bullets flying on the streets of Maseru, and soldiers occupying police barracks, Thabane fled into temporary and distinctly unglamorous exile in Ladybrand, a dusty Free State frontier town.

Enter SADC. Their mediation was led by South Africa, with Deputy President Cyril Ramaphosa using the opportunity to polish up his foreign policy chops. The army returned to their barracks, South African police restored order on the streets, and Thabane returned to lead a lame duck government, but only until new elections could be organised – elections that Mosisili, having already co-opted Thabane’s coalition partners, knew he would win.

This wasn’t a military coup. It was a democratic coup, delivered with ringing endorsements from the international community.

As it turned out, Mosisili underestimated Thabane – or “the clown”, as Mosisili likes to call him – and his All Basotho Congress, which exceeded everyone’s expectations in the polls. They won the most constituency seats by some distance, and were only narrowly pipped by Mosisili’s Democratic Congress in the popular vote. In urban districts, in the places where people are close to government and can see when it is and isn’t working, support for Thabane was overwhelming.

It wasn’t enough. By cobbling together a few minor parties – including the once-mighty Lesotho Congress for Democracy, once the ruling party and Mosisili’s home but now a bright green shadow of its former self – Mosisili scraped over the line. If Thabane is the clown, then Mosisili is the puppet master, and his machinations led him straight back into State House.

So where does this leave the beleaguered Mountain Kingdom, so beautiful to look at but so desperately grubby in its politics? Far from having solved anything, we’re back to square one.

Thabane’s surge in popularity means that Mosisili, even with his expansive coalition, will also be a lame duck president. He will struggle to push legislation through in a Parliament where his majority comes only through the good will of fractious allies, and will himself be susceptible to votes of no confidence. How much real governance will happen when so much energy and favours must be expended on keeping the coalition intact?

More ominous still is the failure to address the fractures in the security services. With elements in the army answering to one politician, and elements in the police answering to another, who is answering to the government of the day? This is where is all went wrong for Thabane – despite the title, he was never commander-in-chief, and never secure in his own rule, as evidenced by the phalanx of South African policemen that now make up his protection detail. SADC could and should have done more to fix this. Instead they left it to the next administration, but it’s hard to imagine Mosisili holding any soldiers to account for an outcome so manifestly in his best interest, or to address the structural problems which he so deftly exploited.

Nor does it seem likely that Mosisili will push the corruption trial of Mothetjoa Metsing, the leader of the LCD and his most important coalition partner. Metsing is also the most likely candidate for Deputy Prime Minister, never mind his spectacularly poor performance as Thabane’s deputy (it was Metsing’s defection that ultimately scuppered Thabane’s term).

Mosisili, however, has what he wants. He’s back in charge and he’s worked hard to get there. He’s done it in style, too, somehow positioning his return to power – this will be his fourth term, and counting – as a victory for democracy, and getting SADC to push the same line. That he’s a brilliant politician is not in doubt. That he’s good for Lesotho is a much harder argument to make. DM

Photo: Supporters of the DC and LCD parties celebrate in Maseru ahead of the election results announcement. (Greg Nicolson)