Lesotho elections: Uncertainty in Maseru as no clear winner emerges 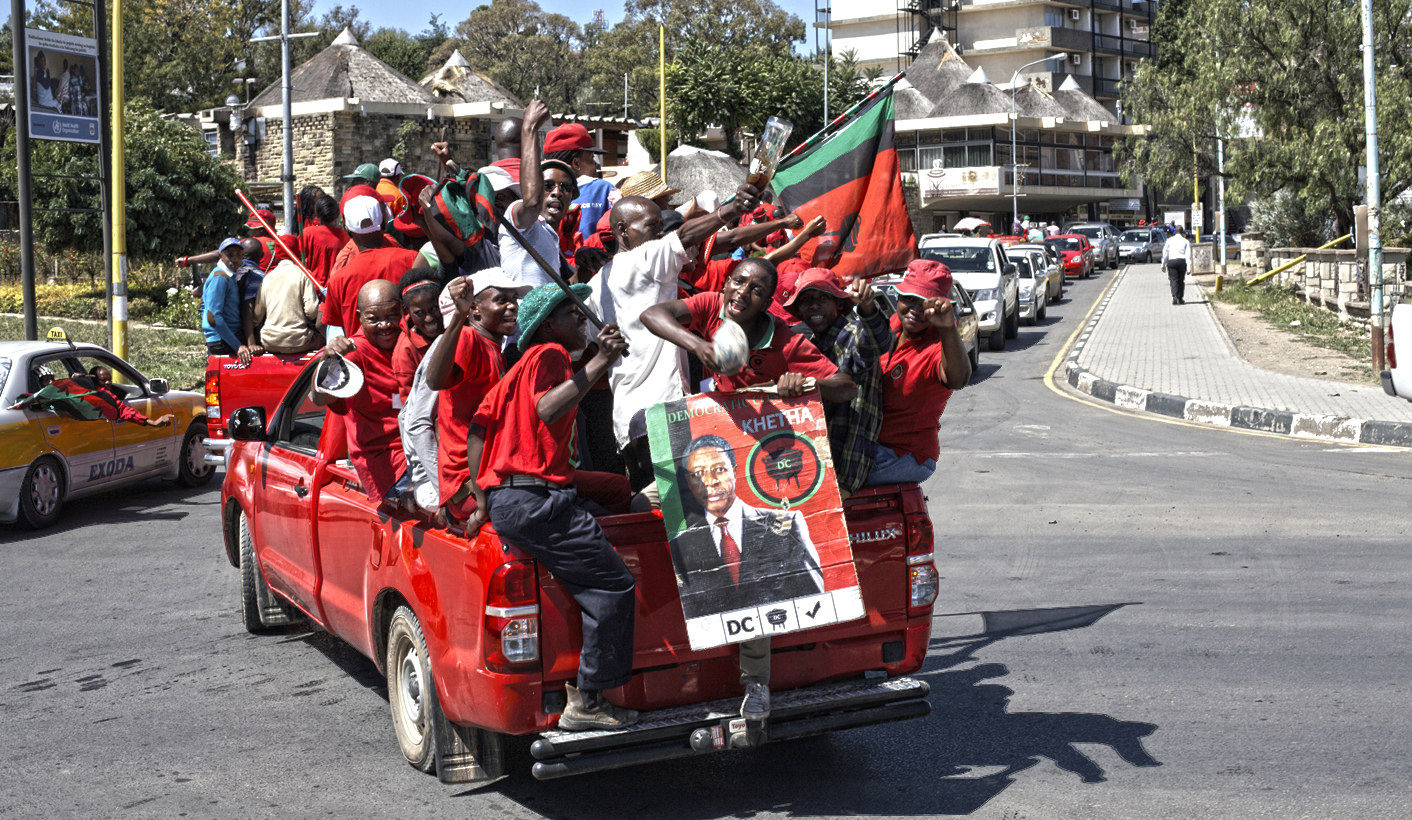 Lesotho’s emergency election was designed to drag the country out of its political crisis. However, with most results in, and despite a surge in popularity for embattled Prime Minister Thomas Thabane, no one has been handed a clear mandate. The new order, whatever its final composition, already looks as dangerously unstable as the old. By GREG NICOLSON and SIMON ALLISON in Maseru.

By midday on Monday, two of Lesotho’s three major political parties were already celebrating a joint victory with a boisterous convoy through the streets of the capital Maseru. Their joy was premature, however: with four constituencies (of 80) still to report results, and 40 proportional representation seats still to be distributed, a final result remains a day or two away.

Nonetheless, a clear picture has already emerged. Prime Minister Thomas Thabane’s party, the All Basotho Congress (ABC), has secured 40 constituency seats. This is 14 more than it managed in 2012, and represents a stunning endorsement of his all-too-brief first term, which was cut short by divisions within his ruling coalition and an attempted military coup. As a bonus – and an important one, given that 40 extra seats are distributed on the basis of proportional representation – the party increased its share in 69 of 76 counted constituencies, according to Charles Fogelman, Lesotho analyst and research fellow at the University of Illinois.

Photo: An ABC supporter celebrates just outside of Maseru as the election results come trickling in. (Greg Nicolson)

The Democratic Congress (DC), on the other hand, will be disappointed. The most constituency seats that former Prime Minister Pakalitha Mosisili’s party can secure is 37, and that’s provided they win all of the four outstanding seats. That is four less than last time round. More disappointing, however, is that their allies the Lesotho Congress for Democracy (LDC) have haemorrhaged support, going from 12 constituency seats in 2012 to just two so far in 2015, with disenchanted LDC supporters largely opting for Thabane’s ABC instead.

While the distribution of seats may have changed, the end result is all too familiar: there is no clear winner, no single party with a commanding majority. Even after the proportional representation seats are distributed, it is uncertain whether either the ABC or DC will be able to form a coalition with an absolute majority in Parliament. If either can, it will be another precarious majority of just one or two seats. Otherwise, Lesotho is looking at a weak minority government – hardly a solution to the country’s chronic instability.

“What we thought was the solution is creating new problems,” said Nqosa Mahao, Vice-Chancellor of the National University of Lesotho, in an interview with the Daily Maverick. Mahao questions whether Lesotho’s current electoral system – which seems to encourage fragile coalitions – is part of those problems. “[The mixed member proportional system] has led to exactly where we are. It has a propensity for hung Parliaments.”

Photo: Lesotho’s Parliament sits on a hill looking over Maseru. While a leader is expected to be announced soon, governing in Parliament will remain difficult if a ruling coalition only has a slim majority. (Greg Nicolson)

With that in mind, all political parties are jostling for position. The DC and LCD alliance led the charge with a youth rally through the centre of the city, which brought lunchtime traffic to a standstill. The serious business happened behind closed doors: by sunset, high-level officials from the ABC and DC were heading into coalition talks, while the tiny Basotho National Party (just one constituency seat) is preparing to play kingmaker.

In the meantime, the capital remains cautious about the prospect of violence, although so far both the police and the military have behaved themselves. With State House the main prize, tensions might yet rise further. DM

Main photo: Supporters of the DC party turn towards the centre of Maseru on Monday carrying a placard of party leader Phakalita Mosisili as results continue to come out. (Greg Nicolson)