Cricket: Hundred up, and time to Dale-iver!

Cricket: Hundred up, and time to Dale-iver! 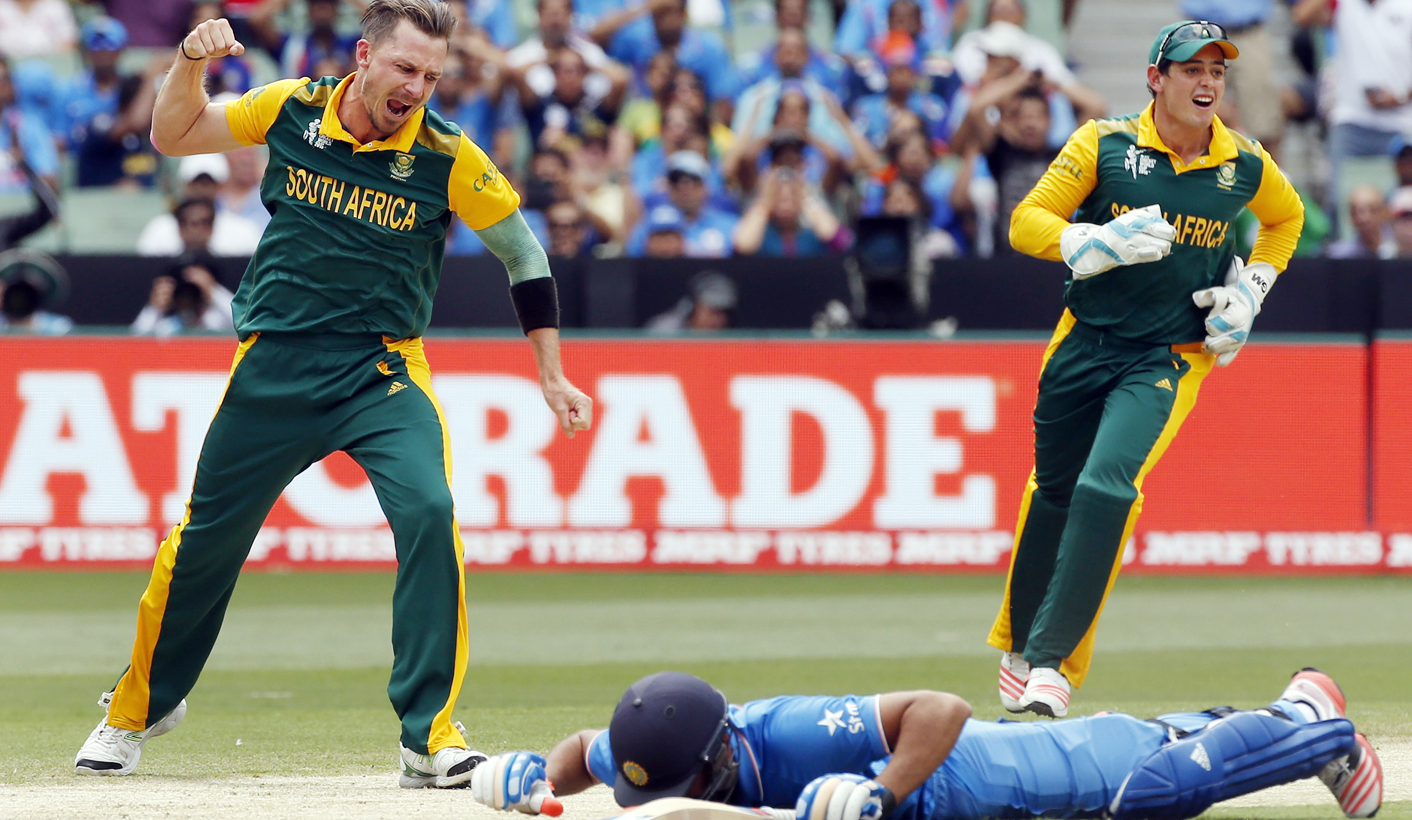 Dale Steyn will make his landmark 100th ODI appearance for South Africa when they take on Ireland in Canberra on Tuesday. He’s yet to fire on all cylinders, and the Proteas will be hoping he comes to the party. By ANTOINETTE MULLER.

By the time you’re reading this, Dale Steyn will be decked out for his 100th cap in coloured clothing for South Africa. When the team steps out to play their Pool B match against Ireland on Tuesday, it will mark a memorable milestone for their pace ace. He has had an unremarkable World Cup thus far, having taken just three wickets in the tournament.

It seems almost strange that a player who is such an integral part of the South African attack has taken almost ten years to reach the 100-match mark, but Steyn’s career has been carefully managed by those who know how to protect one of their most valuable assets. The brains trust have often opted to rest Steyn for less important matches, but he has still managed to notch up an impressive tally of games in the last two years. He played 14 out of the 19 ODIs South Africa played in 2014. In 2013, he played just 13 out of 29. Out of those 27 matches, South Africa lost just ten when Steyn was playing. On just four occasions they conceded 300 or more runs and bowled teams out in 15 matches.

His skillset is varied, and in recent months he has gone from being the opening aggressor to bowling first change and trying to subdue batsmen at the death. He switched back to opening in his last two matches, though, and will most likely do so again if Vernon Philander sits out against Ireland. He has bowled first change in just 12 matches and has taken 17 wickets at an average of 27.70, marginally higher than his overall ODI average of 25.58. Nine of those wickets have come in the last six months when he has bowled at number three. But his value in the team is about more than just the skills he brings to the party. It’s his attitude, approach and energy that inspire others to go on and do great things.

“We all know what a wonderful performer he’s been over the years; 10 years as an international cricketer; No. 1 Test bowler. He’s performed admirably in the one-day circuit, T20s. His fire and his energy that he brings to the bowling unit are awesome,” says Farhaan Behardien.

Behardien is not the only one to wax lyrical about Steyn. Many before him have praised Steyn’s ability to motivate those around him, and it’s exactly that aspect of his game his teammates will be looking to draw inspiration from as the tournament heads towards the latter stages. His skills need no introduction. Whether he’s ramping up the pace to 140km/h, swinging or reverse swinging, Steyn always finds a way, no matter the venue or the situation.

It is strange to think that growing up, Steyn never even wanted to be a cricketer. He much preferred skateboarding. South Africans will be most pleased that he swapped his ollies for yorkers, but they will also be hoping the Dale Steyn that has struck fear into the hearts of so many batsmen finally comes out to play against Ireland and beyond.

Usually a big game player, Steyn failed to live up to his reputation when South Africa capitulated against India. While South Africa are expected to beat Ireland, the men in green have shown on more than one occasion that they can take the big boys to task. Motivated by their possible exclusion from the next World Cup, Ireland have a chip heavily carved into their shoulders and will have a point to prove.

For South Africa, it presents another opportunity to continue where they left off against West Indies. After stuttering their way through their first two matches, South Africa played with freedom and vigour to thump the men from the Caribbean. After recovering from a bout of sinusitis, Steyn looked much more like the bowler who has been terrifying batsmen for the last ten years. They’ll need him to come out firing in his landmark match, especially considering that Ireland won’t be getting that chip off their shoulders any time soon. South Africa assistant coach Adrian Birrell, a former Ireland coach, knows all too well what the team is capable of, especially when it comes to chasing targets.

“They bat deep and they know how to chase targets. Four out of the top 10 World Cup chases are Ireland chases, three of them over 300 and two of them against Full Member teams. We’re fully aware of what they can do. I’m probably more aware than most, so we’ll be prepared,” Birrell said.

It’s by no means a must-win game for South Africa, but victory will put them in a far stronger position going through to the next round, and a fully firing Dale Steyn is just what they need to get them there. DM