The IEC: Calm down to a panic 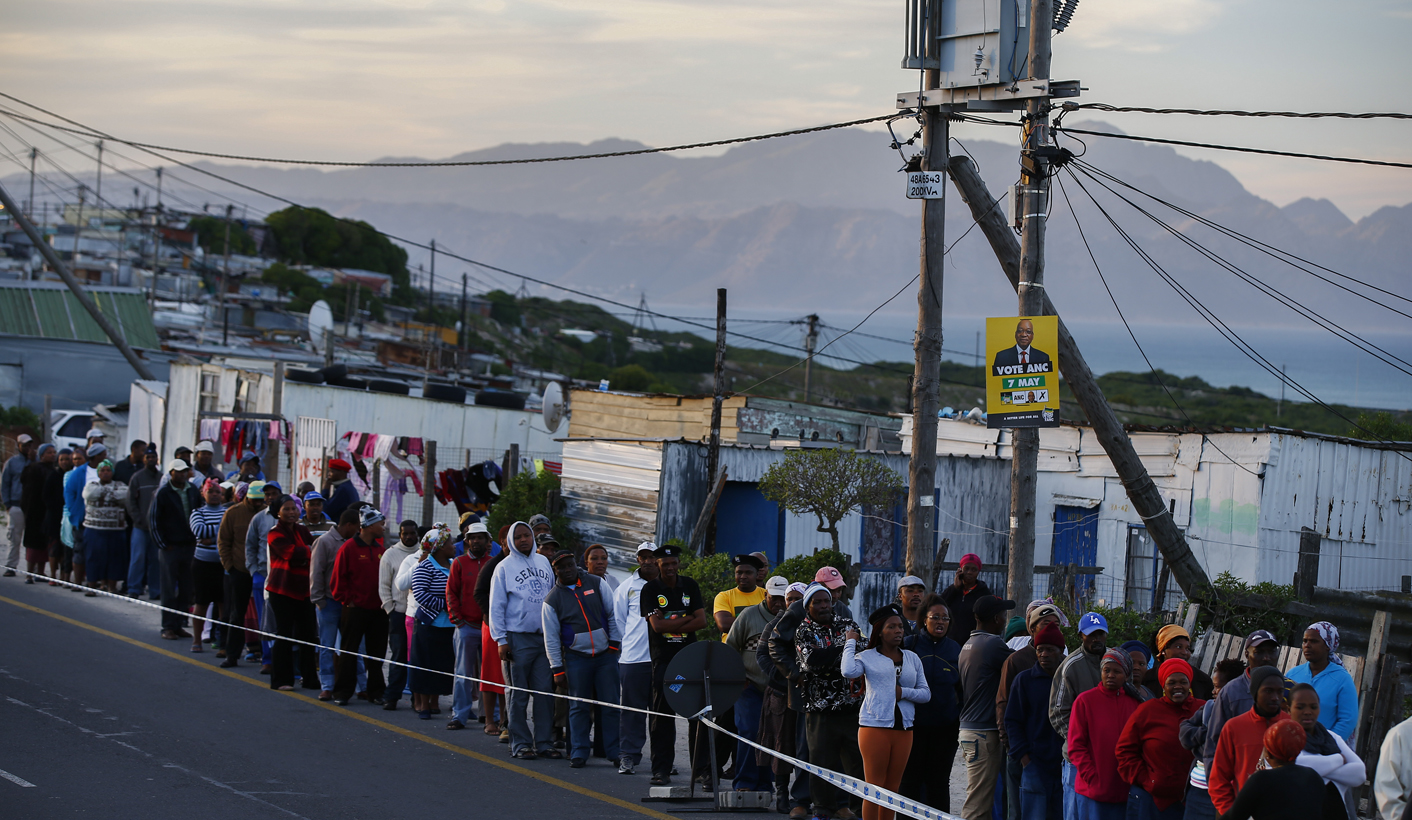 Within the life of our loud and rambunctious democracy, the rules that most countries obey are often ignored. But there are some that still matter; that matter to all of us. And those are mediated, in the end, by the Independent Electoral Commission. Up until this point, it’s been an institution seen as so important, and so critical to our democracy, that there has generally been some sort of consensus on who should be a part of it, with the net result of being a highly respected part of our political framework. The headlines are now screaming two separate and unrelated developments: A ‘Zuma man’ is being nominated as a new commissioner, and an ‘independent member’ is resigning. The truth is, it is probably too early for panic – for now. By STEPHEN GROOTES.

It’s amazing how quickly the IEC has changed. Just two years ago it was almost universally respected by all parties. Then its chair, Advocate Pansy Tlakula, was found to have flouted procurement regulations in a headquarters leasing ‘scandal’, and resigned, after a long fight. That started the new political fight over who would take over from her, which culminated in a decision by Parliament to appoint Vuma Mashinini to occupy the space left vacant by her departure. Then – and the timeline matters here – Raenette Taljaard’s resignation from her position as a Commissioner was announced by the Presidency.

Her backstory as a former MP for the DA was one of the reasons that opposition parties could accept that the IEC was always going to be honest. It’s one of those subtle mechanisms that ensures everyone is kept happy, because at least one person in the inner sanctum is likely to oppose any attempt to rule, unfairly, in favour of the ANC. As a result, in the court of our public opinion, her resignation matters.

Taken together, these developments do appear to have serious implications for the future of the IEC, especially as it is a foundation of our democracy.

But, as always, it’s important to examine the claims made around each of the people involved here. One of the undeniable dynamics that currently exists within our politics is that anyone allegedly “close to” President Jacob Zuma is somehow immediately tainted. For various reasons, mainly due to a lack of trust that he himself has engendered (think Nkandla, the continued support for Siyabonga Cwele – the Intelligence Minister with a drug dealer for a wife – his relationship with Guptas, Schabir Shaik, etc.), the people he appoints to various positions have often been treated as guilty until proven innocent.

Some of his appointments, like Menzi Simelane as National Director of Public Prosecutions, or the SABC’s Hlaudi Motsoneng, have shown themselves to be living up to the claim they were only there to perform a certain job for Zuma. But others, such as Chief Justice Mogoeng Mogoeng, have shown that they are indeed very much their own person (incidentally, it is probably time for myself, and possibly others, to consider apologising to Judge Mogoeng for being so terribly doubtful about him in the first place). His track record thus far has shown that he is indeed passionate about judicial independence and won’t take instructions from any temporal authority.

This probably means that we need to at least give Mashinini a chance. We should see how he behaves once he’s actually in office. That said, it could be argued, possibly convincingly, that the IEC is simply too important to be used to “give people chances” and that everyone appointed to it should be above reproach. Certainly, there are probably people out there, some even perhaps on the short list, who would have had fewer questions against them than Mashinini, which may prove the point of the cynics. But in the real world, all that matters is what could happen now. It doesn’t seem that there would be a strong legal case against his appointment, so only Zuma himself could send this recommendation back to Parliament. Which we all know is pretty unlikely.

The resignation of Taljaard may also be no cause for alarm at this point. While saying that she is resigning to further her PhD may have a whiff of the “resigning for personal reasons” about it, she is someone with long experience in public life. If she were resigning because she believes the IEC is no longer independent, or because she is deeply worried, she would say so. Not necessarily publicly through an interview, but she would find a way to signal her concern. As yet, she hasn’t done that.

All of that said, it is impossible to argue the IEC is not weaker than it was, say, two years ago. And it is about to undergo even more change, just sixteen months or so away from the Local Government Elections (at which at least three of the big metro municipalities could change hands away from the ANC). It’s not just this change at the top that’s affecting the organization – it’s also suffered a court-ordered delay of the Tlokwe by-elections after claims from independent (but formally ANC) candidates that an electoral official tried to stop them running.

There is plenty that can be done to stop any further decline. Firstly, there are now technically two vacancies at Commissioner level. Presuming Zuma confirms the appointment of Mashinini, the process of appointing another commissioner should start post-haste. And there should be no politicking this time around; the candidate must be someone about whom almost no questions can be asked. In other words, we should not have to talk about giving them the benefit of the doubt; there should simply be no doubt. Also, a decision has to be made about who will actually be the new chair of the IEC, and that person too must be someone who never has to face a question about their loyalties.

Secondly, the organisation itself needs to find a way to fix the damage caused by the departure of Tlakula. At times it appeared that the other Commissioners wanted her out while she was fighting to stay in. That kind of thing has to stop. One way to do it would be to wait until all five positions are filled, and then have a good, old-fashioned six-hour press conference with all of them present. The public display of unity and the willingness to confront any issue put before them would put some doubts at rest.

And then there is the ultimate test. Run next year’s elections well, and make sure that no matter what happens, all the decisions made are seen to be properly independent. Which means that those decisions have to be completely transparent: we have to know who made them and why. In other words, if you do the walking and the talking, the claims and questions and innuendo will simply dry up.

For all of that to happen, what is really needed is a lot more attention on the IEC. This is not the SABC or Transnet or any other government institution beset by infighting. While others are very important, the IEC is crucial. Quite literally the fate of us all rests on the IEC; its strength must be seen as guardian of our democracy.

The fate of our elections, and our future, depends upon it. DM