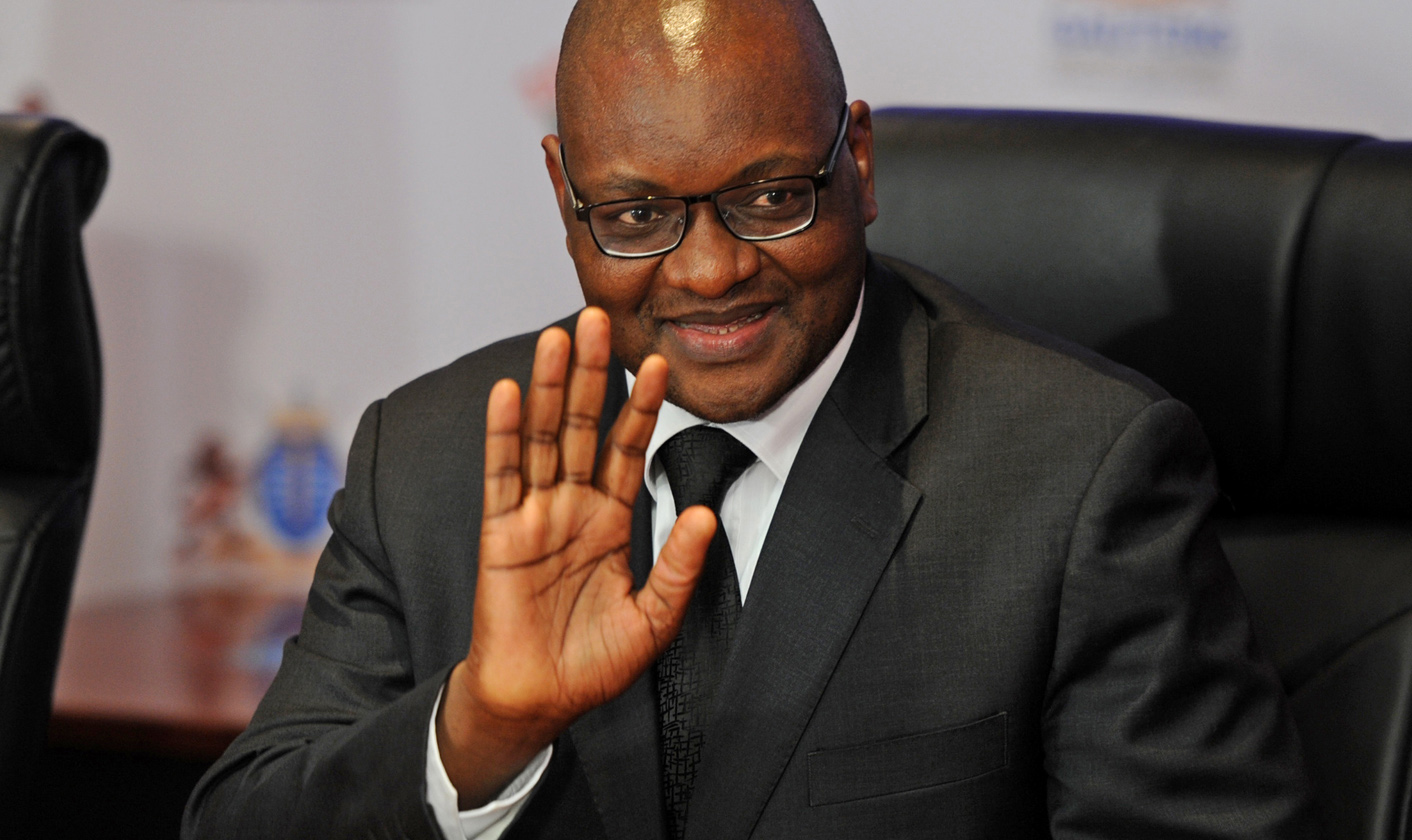 Gauteng Premier David Makhura delivered his State of the Province Address on Monday and, unlike SA President Zuma or Western Cape Premier Zille, managed to complete his speech without chaos. E-tolls, it seems, are here to stay, while the province focuses on economic delivery. The opposition remains sceptical over the details. By GREG NICOLSON.

During his first State of the Province Address last year, Makhura left the issue of e-tolls for last, announcing a review of the system, which was recently completed. On Monday, he again addressed the issue at the end of his speech, but this time he confirmed the likelihood that road users would continue to be tolled after consultations continue with national and municipal government following the review’s findings that tolls harm the poor.

“I am confident that the new dispensation should provide major financial relief to motorists, while simplifying the payment system to make it easy for road users to pay,” said the premier. The future will only get better for “law-abiding citizens”, he added, raising the question of what might happen to those who have defaulted on e-toll payments.

Makhura, Gauteng’s fifth premier, used the State of the Province Address to expand on the transformation, modernisation, and re-industrialisation agenda announced after he was appointed premier after last year’s election. His first address focused on outlining goals and early consultations. This time he added some detail.

After the choir sang “Happy Birthday” to Makhura (his birthday was on Sunday), the premier highlighted Gauteng’s economic strength. It contributes 36 percent of the country’s GDP, 40 percent of industrial output, 60 percent of exports, 10 percent of the continent’s GDP, and has 4.88 million people employed, the most in SA. But there is economic exclusion based on differences inherited from Apartheid, a decline in manufacturing, many unskilled or semi-skilled workers, high inequality, and the spatial geography of Apartheid with people living in townships still having to travel to work elsewhere. According to Makhura, three macro interventions, including spatial changes, township economy revitalisation, and massive infrastructure investment, can remedy the problems.

“Gone are the days when some regions and municipalities will be neglected as the Cinderellas on the periphery of the provincial economy,” said Makhura in his 38-page speech.

He explained plans for the Central, Eastern, Northern, Western and Southern “Development Corridors”. In Central, Makhura said R10 billion was being gathered to regenerate the inner-city and there would be continued attempts to attract investment in the finance, pharmaceuticals and technology industries. Alexandra and Kliptown, old townships, both run down, will be revitalised.

He said the Rea Vaya bus system will be expanded at the cost of R2 billion, beginning in the East, with R500 million to be spent on building the public transport system in Ekurhuleni, with the first phase coming online in March 2016. Industrial initiatives in the area will fall largely under the Aerotropolis banner, previously announced to address de-industrialisation, and Prasa and Transnet efforts to work in the municipality.

The West Rand will see investment through the Lanseria logistics hub, with R500 million already committed from the private sector and R10 billion investment expected over 15 years. Makhura said the government also plans to utilise the West as a hub of agro-processing and agri-business and announced plans for prawn breeding businesses, creating 6,512 jobs over three years.

In the South, he said the aim was to transform Sedibeng and the Vaal triangle’s reliance on the steel industry to include tourism, entertainment and logistics. Government is supporting 32 black farmers to plant barley and maize for the Heineken plant, expected to provide 1,000 jobs a year for three years. In the Northern Corridor Makhura cited the City of Tshwane’s support for a business park in Hammanskraal, R150 million spent on providing wi-fi, and a second Automotive Industrial Development Centre supporting small and medium-sized businesses on the cards.

In each of the regions, Makhura mentioned large-scale housing and city projects set to provide jobs and reduce the backlog of accommodation in key areas. He said the province would spend R32 billion on infrastructure over four years and its municipalities would spend R94 billion over five. “This investment will have a massive multiplier effect on the economy of the Gauteng city region,” said the premier. He said the Tshepo programme, designed to help disadvantaged applicants get jobs and start businesses, launched last year after being announced at his first State of the Province Address, has got 517 people work, with the aim of 50,000 this year.

The DA criticised Makhura for failing to devote enough attention to e-tolls and road infrastructure, claiming the premier is delaying the inevitable future of continued rolling. The party has called for a referendum on the matter.

“The premier does himself no favours by re-announcing flagship projects that had been in the pipeline for years, such as Tshwane Convention Centre, the Aerotropolis and the African Gateway, as well as the construction of 680,000 housing units, when his government can only build 30,000 housing units per year,” said DA provincial leader John Moodey in response.

“The same applies to the crisis in municipalities across the province. Little or no effort is being made to tackle the massive service delivery backlogs and financial irregularities, while communities take to the streets almost every day to give rise to their frustrations,” Moodey continued.

In his address, Makhura said the economy needed electricity. Municipalities can help increase local generation capacity by 1,200 MW, he claimed, and solar panels will be installed on all government buildings, producing between 300-500 MW. The province will continue to change all light bulbs in its buildings to LED globes.

The EFF interrupted the speech on occasion with points of order, putting pressure on Speaker Ntombi Mekgwe to contain the situation and avoid scenes from both Parliament and the Gauteng Legislature of the forceful eviction of elected representatives. While EFF MPL Mandi Mashego verbally sparred with Mekgwe and other MPs heckled the premier, Makhura was able to complete his speech. DM