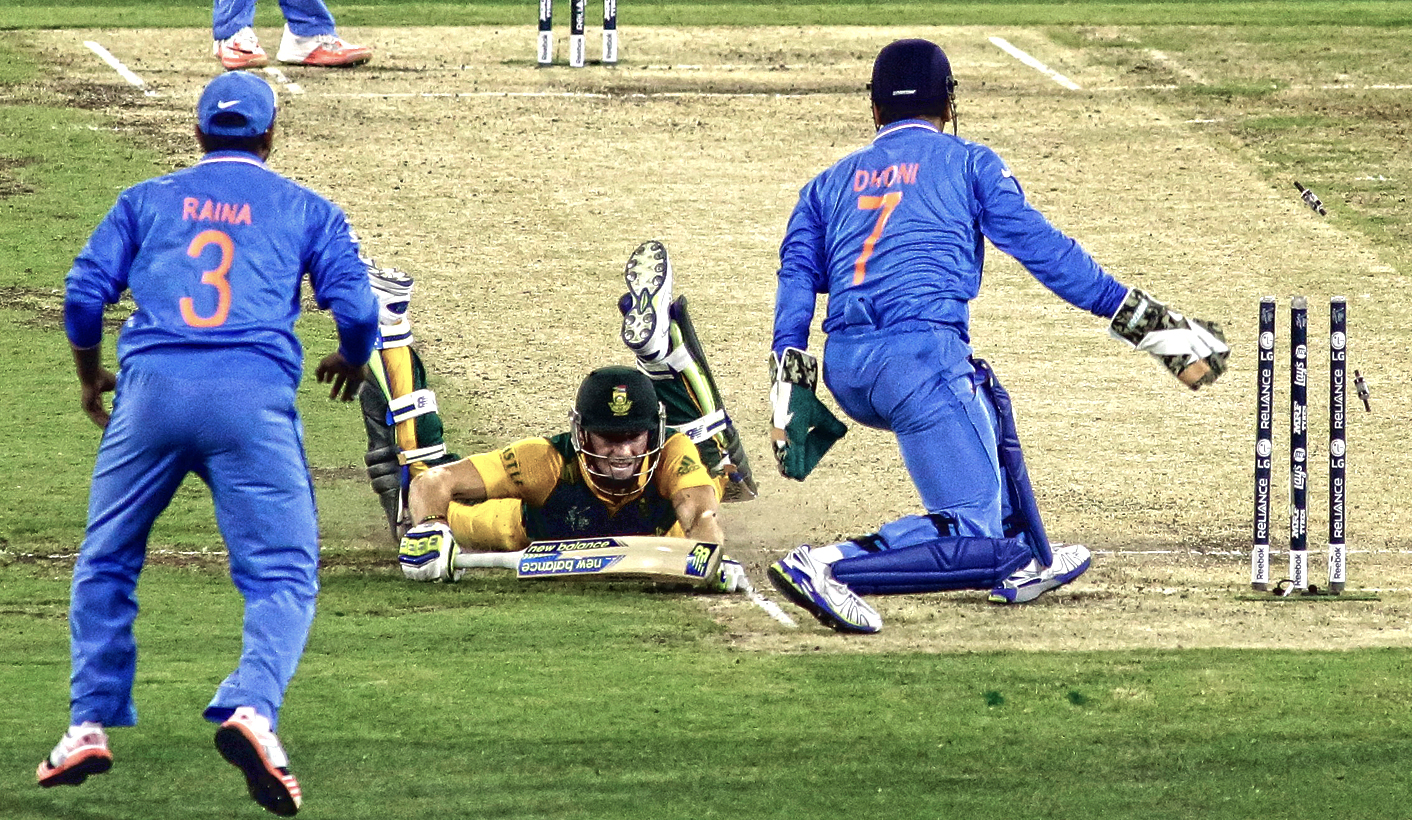 We’re one week into the lengthy tournament, and much has happened that cricket fans will need to wrap their heads around. CARL LEWIS picks out five talking points from the tournament to date.

There’s a long way to go in this World Cup yet, but there’s already been a lot to talk about. We’ve compiled a list of some of the most important talking points of the tournament thus far. From South Africa struggling in a chase to poor old England and the haplessness of Pakistan, here’s what got tongues wagging.

It’s a storyline Protea fans are all too familiar with: when the pressure is on they seem to crumble. South Africa failed in their first big test of the World Cup against India this weekend. After a shaky start with the ball, littered with uncharacteristic mistakes in the field, they bounced back to contain India to 307/7 in their allotted overs.

On fairly batsman-friendly pitches you would back the Protea batting lineup to chase this target, especially considering they have some of the best batsmen in the world. However, a telling statistic shows that South Africa has failed to chase over 270 against India eight out of nine times, the last of these occasions being in 2011 in Nagpur.

India was buzzing in the field and gave the Proteas absolutely nothing for free. The runs were not flowing with the ease that AB De Villiers has become accustomed to, and the pressure showed when he attempted an impossible second run. All of this sums up the Proteas’ failings in handling challenging run chases.

Luckily for South Africa, the group stages are structured in such a way that they will qualify for the knockout rounds, so there is time to get refocused – and get their house in order.

Australia and New Zealand, as you would expect, remain clear favourites for the World Cup in their own backyard. Australia has only played one match, because the washed-out match against Bangladesh could not result in any play.

That being said, their dominant performance against an underwhelming English team indicated the bullish mood the Aussies are in. Top performers against England Aaron Finch (135 off 128 balls) and Mitchell Marsh (5-33) fired them to victory – and yet Australia still has a lot of quality in reserve with the likes Steve Smith, Michael Clarke, David Warner and Mitchell Johnson, to name a few.

New Zealand, on the other hand, has won all three of their matches against Sri Lanka, England and Scotland. The Kiwis have gone about their business efficiently and in an understated manner. The key to their success thus far has been the explosiveness of skipper Brendon McCullum up front, supported by the classy and ever-improving Kane Williamson and the experienced Ross Taylor.

On the bowling front, the Kiwis have been the most impressive bowling unit at the World Cup thus far, with wickets being spread equally, except when the outstanding Tim Southee blasted away the English batting lineup with match figures of 7-22.

When the hosts meet each other in Auckland this week, it should be a great contest for the neutral. Aussie coach Darren Lehmann has already fired the first shot at the Kiwis by daring Kiwi skipper McCullum to attempt his heroics in the English match against the pacier Aussie attack. This will be the first actual ODI between the two nations since 2011, and will give us a good indication of New Zealand’s credentials as potential winners of the tournament.

Ireland stands tall amongst the associate nations at the World Cup with an impressive victory over the West Indies. The Irish produced one of the best run chases of recent times and reached their target of 305 with consummate ease. William Porterfield and Paul Stirling set up the chase with a 70-run partnership; thereafter Ed Joyce and Niall O’Brien gave a master class on pacing innings during a chase.

Besides the Irish, it has only been Afghanistan who showed a glimpse of their potential out of the associate nations, although UAE batted well against Zimbabwe. For a team in their first World Cup – and keeping in mind their country’s recent history – their results thus far have been encouraging. Afghanistan’s lack of international experience has counted against them against both Bangladesh and Sri Lanka, where they enjoyed good positions at stages, but failed to capitalise on this.

Honourable mention is due to Zimbabwe as well, who gave a good account of themselves against South Africa, but lacked the quality and experience to kill off the Proteas when they had them on the ropes. They followed that encouraging display with a good chase of 286 to beat UAE by four wickets. A struggling West Indies team awaits them in their next match, where an upset is certainly possible.

India’s two months in Australia seem to be paying off, with another well-executed win against early tournament favourites South Africa. India was set up by a wonderful century by Shikhar Dhawan (130), whose position has been under scrutiny before the World Cup, and who was ably supported by in form Virat Kohli and the underrated Ajinkya Rahane. In the field they were much better than the South Africans, which you will rarely hear. They applied pressure and strangled the Proteas for runs, which in turn led to De Villiers and Miller being run out and a middle order collapse confirmed.

This quality performance comes off the back of another high-pressure win against rivals Pakistan. This clearly indicates the Indians mean business and can handle pressure situations, which is a requirement to win the World Cup. With the batting lineup firing, the bowling unit choking teams and the fact that they are comfortable in the conditions, do not be surprised to see India make a deep run in this tournament. They are defending champions, after all.

Worrying times for England and Windies – but worst for Pakistan

To put it mildly, Pakistan has been woeful this World Cup. After being taught a lesson by India in their first match, Pakistan seemed determined to put in an even worse performance against the struggling West Indies. Their performance in the field against the Windies, where no less than six catches were dropped, would have embarrassed an Under 10 side. If this is the standard of Pakistan, do not expect much more from them in this World Cup. Their batting unit seems to be struggling to adapt to conditions. If they are to improve, they need the likes of Younis Khan and Amir Shehzad to come to the party with innings of substance, and their fielders to hang onto to some catches. There is a glimmer of hope, as Pakistan is known for being the most enigmatic side in world cricket. It will be tough to get back on track after their showings thus far, but you never do know with the Pakistanis.

Perhaps not as poorly as Pakistan, England and the West Indies have nonetheless also struggled thus far. Both teams have notched up a win apiece, England against minnows Scotland, and the Windies against Pakistan – however, both have been thoroughly outplayed in previous outings in the tournament. The West Indies lost to an impressive Irish team, but in all honesty, the Windies were average in that match and their team looks lightweight without match winners Dwayne Bravo and Kieron Pollard. England had a very tough schedule to start the tournament; they played the hosts Australia and New Zealand, where again they never looked likely to win the matches at any stage. If you look at the English lineup, they have quality players with the likes of Ian Bell, Eoin Morgan and Jos Buttler. However, they lack an X-factor player who can win matches for them and make a very predictable ODI side. DM