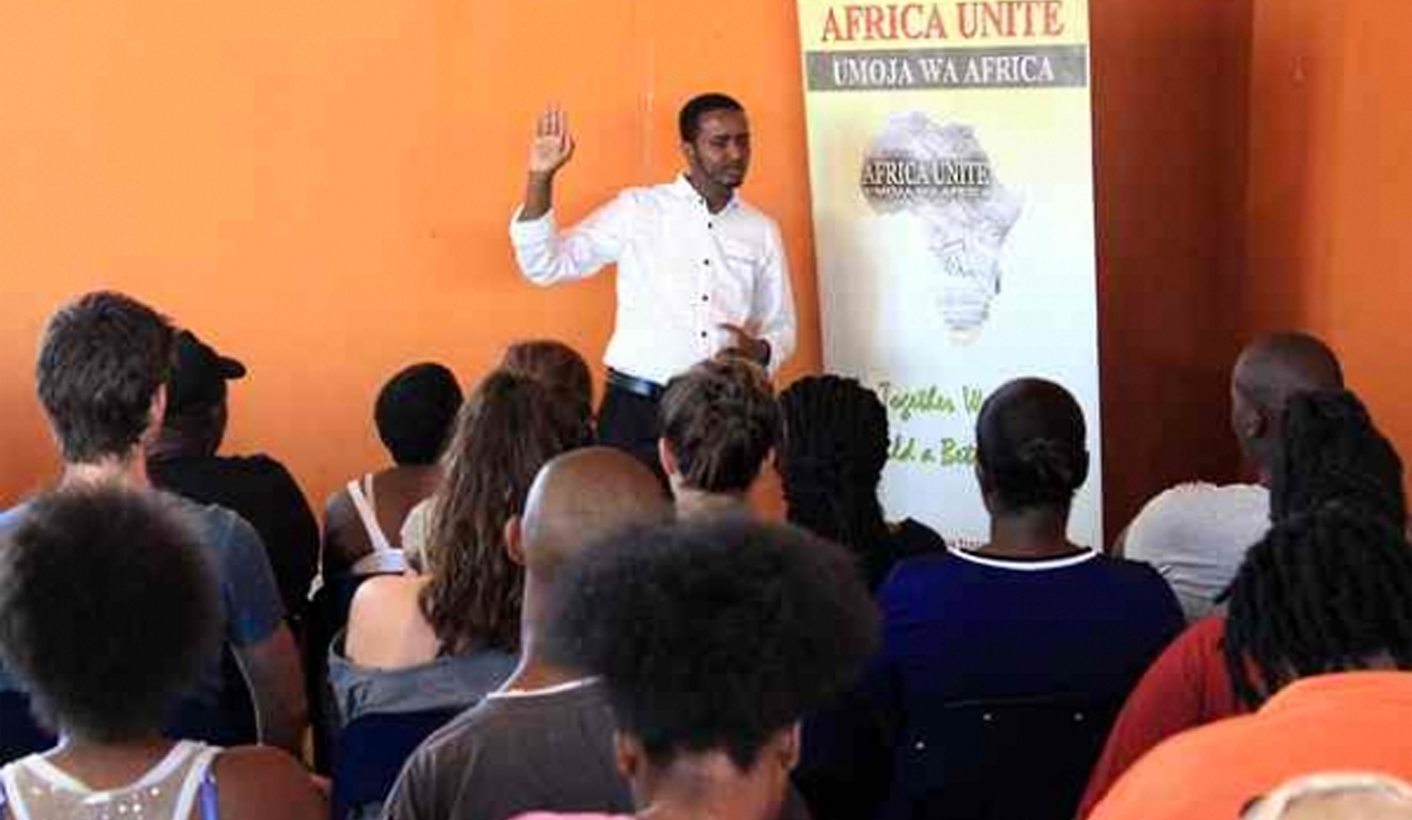 The workshop host, Africa Unite (AU), is a “human rights and youth empowerment organisation that works with citizens, refugees and migrants to prevent conflicts, enhance social cohesion, and promote socio-economic development”. It was “formed in 2001 in response to violence against asylum seekers, refugees and migrants in New Crossroads, Nyanga, a sprawling, impoverished, predominantly black township on the outskirts of Cape Town”.

Africa Unite youth coordinator Brilliant Nyambi said that in 2014 they held three similar workshops in Gugulethu and one in Langa.

The workshop facilitated by SASA chairman on Tuesday was the first one to be held this year. SASA intends to do more business skills workshops in different communities. The objective is to share skills, raise awareness of refugees’ struggles and promote cultural integration.

During the question and answer session, a local businessman, Mzondi Mbaliswuana, said people in his community thought Somali businesses were questionable. He asked Mohamed to answer three burning questions. He said the community wanted answers and did not believe he was telling the whole story.

The three questions were:

In response, Mohamed said, “Business does not know colour. If a white person sees potential in me and is willing to help, why would I not take the opportunity? Locals are the ones who should be benefiting more because the Philippi Cash and Carry you mentioned is owned by a South African. It’s true they used to give credit to Somalis, but it is because they had developed a good relationship. The Cash and Carry owner had realised their businesses are successful, and he was also making profit from them because they had become regular customers. When they lost everything they had worked for, including business fridges during the xenophobic violence, they looked at their history and were willing to give them credit.” He added:

“There are no faceless people working with Somalis. Somalis are focused, hard-working and know how to serve. They do not eat capital. That is the only way to sustain a business.”

On immigrants possessing illegal firearms, he said immigrants were not angels; they also broke the law, just like South Africans. “The law should take its course; it’s not for us to judge, it’s up to the government.”

Mohamed stressed that the only thing they got from government was asylum and refugee status, and he dismissed all the rumours that Somalis got grants from the United Nations High Commissioner for Refugees. DM