Op-Ed: Mbete’s apology and the importance of the public mea culpa 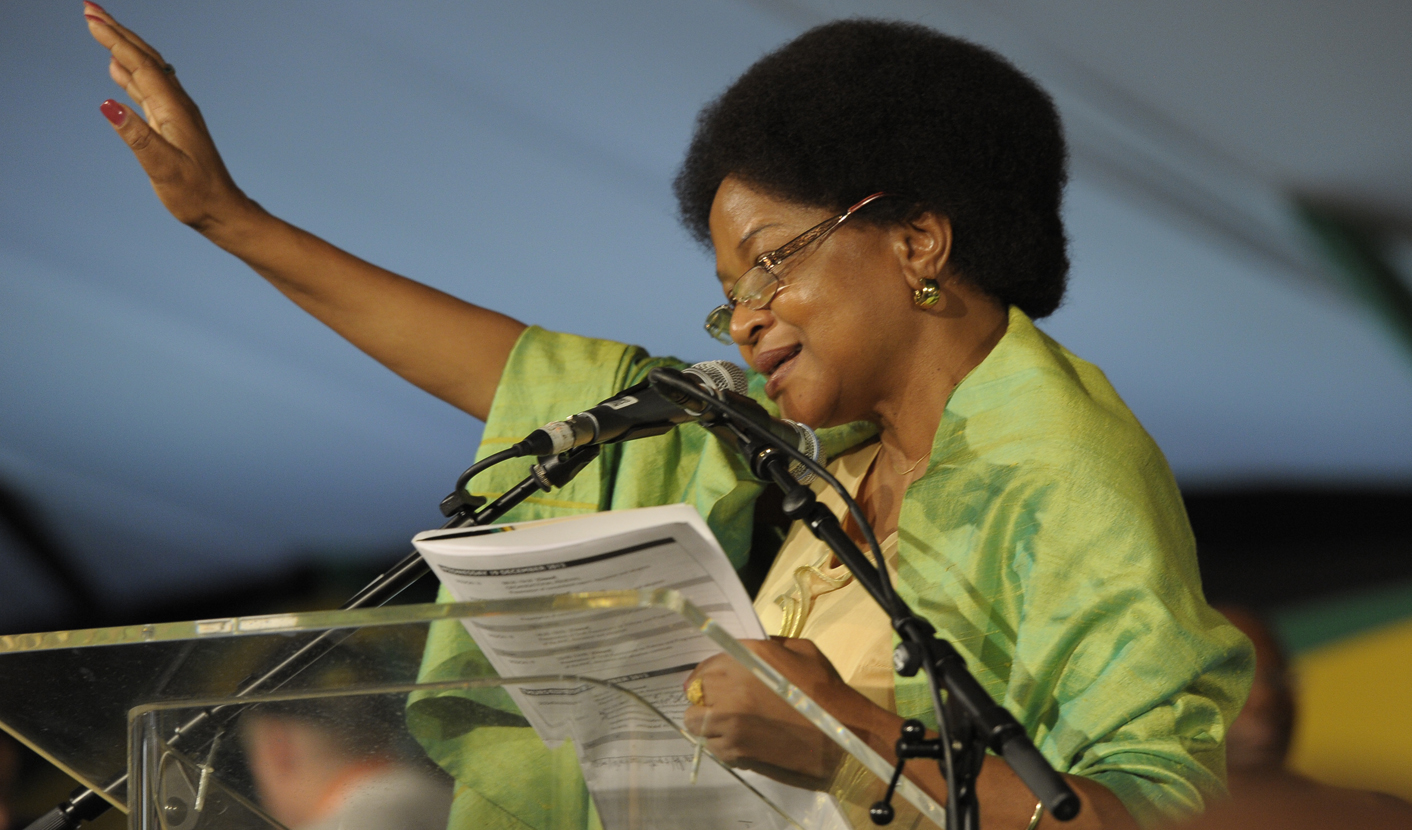 In 2006 President Jacob Zuma apologised for homophobic comments he had made during a Heritage Day commemoration ceremony in KwaZulu-Natal. This week, Speaker Baleka Mbete apologised for calling EFF CIC Julius Malema a cockroach. Malema, in turn, apologised to DA leader Helen Zille, also for calling her a cockroach. A public apology, particularly by a public political figure, is a hugely important symbolic ritual act. It is good for the body politic and the wellbeing of the nation. By MARIANNE THAMM.

In his private moments President Jacob Zuma might still find it difficult to come to terms with lesbian, gay, bisexual or transgender fellow South Africans. He would not be alone in harbouring this prejudice.

One need only read the results of a recently conducted survey by Professor Deevia Bhana of attitudes towards homosexuality in South African schools to learn the extent of ignorance and intolerance that remains. Schools are unsafe spaces for LGBTI learners who are routinely bullied and victimised by fellow learners.

In this context then it is hugely significant that the President of the Republic of South Africa understood the urgency of offering a public apology for offensive and deeply hurtful homophobic remarks he had made at a Heritage Day celebration in 2006.

Apologising, Zuma said the “Constitution clearly states that nobody should be discriminated against on any grounds, including sexual orientation, and I uphold and abide by the Constitution of our land. Our lesbian and gay compatriots are protected by the Constitution and I respect their rights in my capacity as an individual citizen and as a member and one of the leaders of the ANC”.

While not exactly heartfelt and rather clinical in expression, that Zuma understood his duty to apologise is what is relevant. In that moment, the message conveyed to the greater South African populace who might have shared (and still share) his views, is that you cannot and may not express racist, sexist or homophobic sentiments or language aimed at belittling or demeaning others. Even if you may think and believe these, Zuma’s apology highlighted the ‘wrongness’ of this attitude in a constitutional democracy and in the light of the struggle for equality in this country.

Come to think of it, that the president made homophobic remarks and later apologised could be employed as an entry point into discussing the issue in an educational programme for South African schools. But that’s for another day.

Of course it would be brilliant if, through tendering an apology – particularly when it comes to prejudice rather than the more generalised insult like cockroach or ihagu (pig) – the transgressor could be confronted with the full weight of their prejudice, be horrified by it, gain insight and perhaps move on less burdened. For prejudice, fear and hatred is a burden.

But prejudice is a stubborn psychological lodger. While the apology might serve initially as an indirect eviction order, before you know it, it sneaks in and settles back down on your mental couch.

Satirist Pieter-Dirk Uys suggests that white South Africans, like those who embark on the AA programme of recovery, awake each morning, face ourselves in the mirror and say “I am racist. Today I will not be racist”.

We all become angry and we all say intemperate or offensive things we later regret. Ask Zelda La Grange, who continues to suffer the fallout for her ill-considered tweets about Zuma and the country’s economy in January. Twitter is much more lethal and unforgiving territory – perhaps because it is so impersonal and lacks nuance. La Grange apologised unreservedly to South Africans for her comments and while many accepted the sincerity of her public atonement, she is still reminded of her transgression. The wounds run deep and sometimes people get tired of forgiving, but forgive we must, especially if an apology is sincerely tendered.

In 2010 Julius Malema called Helen Zille a cockroach. But perhaps because Zille is white and because of the racial power matrix in this country, the slur was considered less controversial and caused less of an outcry – even when a court ordered him to apologise. Malema, of course, back in the day, was an equal opportunity offender, calling Lindiwe Mazibuko a “tea girl” and Zuma “that Zulu boy”.

The comments about Zille’s cockroachy nature need to be framed in that context – the young hotheaded Malema also declaring that he would “kill for Zuma”. And indeed this week Malema himself, in tendering his apology to Zille, remarked that he had been young and foolish.

But when Baleka Mbete, undoubtedly the most politically powerful woman in the country right now, called Malema a cockroach at the weekend, the horrific weight of the insult became evident. It was this term – Inyenzi – that was at the centre of the 1994 Rwandan genocide.

The incendiary political climate, particularly in relation to the EFF, rendered Mbete’s ill-judged comment hugely provocative and potentially dangerous. With police clashing with EFF supporters and threats in turn to disrupt and to “take power by any means”, a comment such as this could have beeen viewed by some supporters as providing tacit permission to resort to violence.

Dehumanising political opponents in this fashion is irresponsible and unworthy of those who hold public office. Zuma, in his measured response to the SONA debate yesterday, spoke of the importance of keeping “cool heads”, perhaps subtweeting Mbete.

On Wednesday the often brittle Speaker issued an unconditional apology saying she had thought “long and hard” about her remarks and offending statements and the manner in which they had come across.

“I apologise unconditionally, to South Africans, to Parliament and Honourable Julius Malema for any hurt or harm I may have caused.”

Leaders bring out the best and the worst in South Africans and that Mbete and Malema have understood the symbolic significance of apologising publically is hugely significant. It marks, let’s hope, the beginning of a greater maturity and a less reckless and combative political discourse. We are all the better because of it. DM