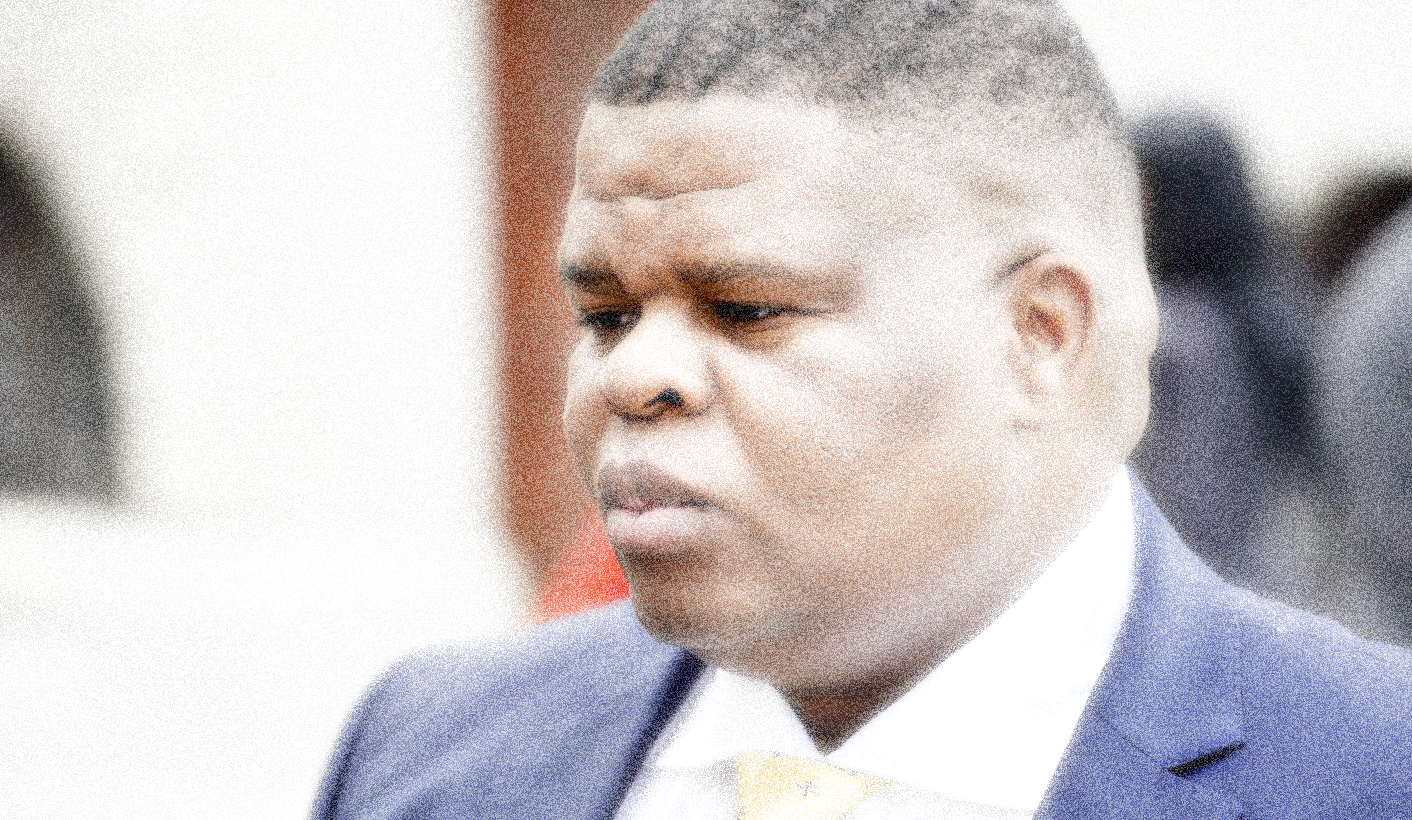 Late on Wednesday, Minister of State Security David Mahlobo finally issued an explanation of why cellphone signals were jammed inside Parliament during the State of the Nation Address (SONA). In a press release that raises more questions than answers, the minister claimed there were unprecedented levels of threat and "a member on duty" failed to terminate a device meant to enforce a no-fly-zone to protect the president and deputy president. It begs incredulity, although it is not unexpected. By GREG NICOLSON.

Since members of the media protested at SONA over the blocked signal last week, Mahlobo offered the first explanation from Parliamentary officials or the department of state security as to why the cellphone signal was scrambled in the lead-up to democratic South Africa’s most chaotic SONA event. The minister, however, failed to explain the link between the security measures and the scrambling of the signal, leaving his press release looking like a badly delayed reaction trying to cover up the real motive and divert attention away from the culprits.

“The State Security Agency (SSA) was responsible for the threat and risk assessment and supporting the SANDF efforts to enforce the airspace security. The airspace security plan was also properly approved to supply security measures against low speed, low energy threats as well as the drones with minimal disruption to commercial aviation and related aspects,” said Mahlobo. “The SONA event was rated major based on intelligence reported prior to the event which was unprecedented,” he added, claiming maximum security was necessary.

He claimed the disruption was caused when a “counter-threat measure was prolonged beyond the normal operational requirements”, meant only to last between 18:35 and 19:00 when the president was in transit and taking his salute outside the House. “The signal disruption was caused by an operational error by the member on duty. The operator failed to properly terminate the device and this impacted on proper access to some users of mobile phones. A departmental investigation is currently underway with a possibility of disciplinary action for those responsible for this operational failure.”

Mahlobo claimed the move was in line with measures to protect Zuma and others according to threat levels. “This operation was never intended to frustrate the Parliamentarians, the media and anyone who attended Parliament and the result of it not being switched off properly is highly regretted.”

But the explanation fails to answer key questions. Mahlobo did not explain the link between the device and a no-fly-zone or the reported proximity of the jammer to the media bay in Parliament. While more technical details are required, journalists took photos of a jamming device in the media bay, a strange place to put it if the aim was to divert air traffic and drones. Its effect also appeared weak, with members of the media able to access cellphone signal in the corridors of Parliament – it remains unexplained how such signal could seriously scramble the ‘airspace’ above Parliament.

On the evening of SONA, after the media, followed by opposition MPs, chanted “bring back the signal” a note was seen passed from Deputy President Cyril Ramaphosa to Mahlobo before Speaker Baleka Mbete later said whatever was scrambling the signal had been unscrambled, at which point it was restored. Multiple members of government have tried to douse the outrage over what appeared to be an attempt to curtail sending live images of violence out of SONA – some labelling it unlawful, unconstitutional and calling it a technical glitch that needed investigation (but with no one claiming responsibility).

“The fact is that state security has spent six days evading, delaying and denying responsibility for the signal jamming, only to turn around and admit that it was, in fact, responsible, leaves this explanation feeling pretty bankrupt,” Right2Know’s Murray Hunter told Daily Maverick on Wednesday.

He raised a number of questions. When did the minister become aware of the jamming? Why was the device deployed near the media? How come it only disrupted the signal in the House while there was signal outside Parliament, even in its hallways, where Mahlobo claims it was supposed to protect Zuma from air traffic? What does state security believe is acceptable use of signal jamming devices and does it use such technology regularly? Even at President Zuma’s inauguration last year, attended by heads-of-state from across the continent, cellphone signal was available before and throughout the event.

On Tuesday, Right2Know, along with media houses and other civil society organisations, took the matter to court, where it was revealed the National Intelligence Agency was behind the jamming, and Parliament agreed not to repeat the scandal. It also emerged on Tuesday that before SONA, Parliamentary officials had been briefed about such equipment, casting doubt on denials from the likes of Speaker Mbete that they knew nothing of the jamming beforehand.

Mahlobo’s attempt to explain the issue came a day after ANC Secretary General Gwede Mantashe, the highest ranking party official to comment on the matter, said the jamming “violated the Constitution”. Like Mantashe’s statement on the Waterkloof Air Force Base scandal when the Gupta family flew wedding guests into a national key point, his statement appears to have pushed government, previously reluctant to acknowledge any wrongdoing, to act on the issue.

But the Waterkloof matter led to then chief of state protocol Bruce Koloane taking the fall after he said he approved the landing because he was “under pressure from Number One”. That reference was dismissed as “name dropping” and despite the likelihood of politicians knowing of the Gupta landing, as the family is close to the ANC and President Zuma, no elected officials faced any repercussions and Koloane largely bore responsibility. (After departing his post he was given the job of ambassador to the Netherlands.)

It was hard to believe that Koloane acted on his own initiative and as hard to believe that Zuma did not know about the exorbitant costs and non-security-related upgrades to his Nkandla home. On Wednesday, the ANC leaders have been forced again to take action on the issue of jamming. While diverting attention to lower officials, no elected representatives or heads of operations have taken responsibility, offering instead what appears to be a difficult-to-believe account, and only when pushed into a corner. DM