Ten-team World Cup? You must be Blaney! 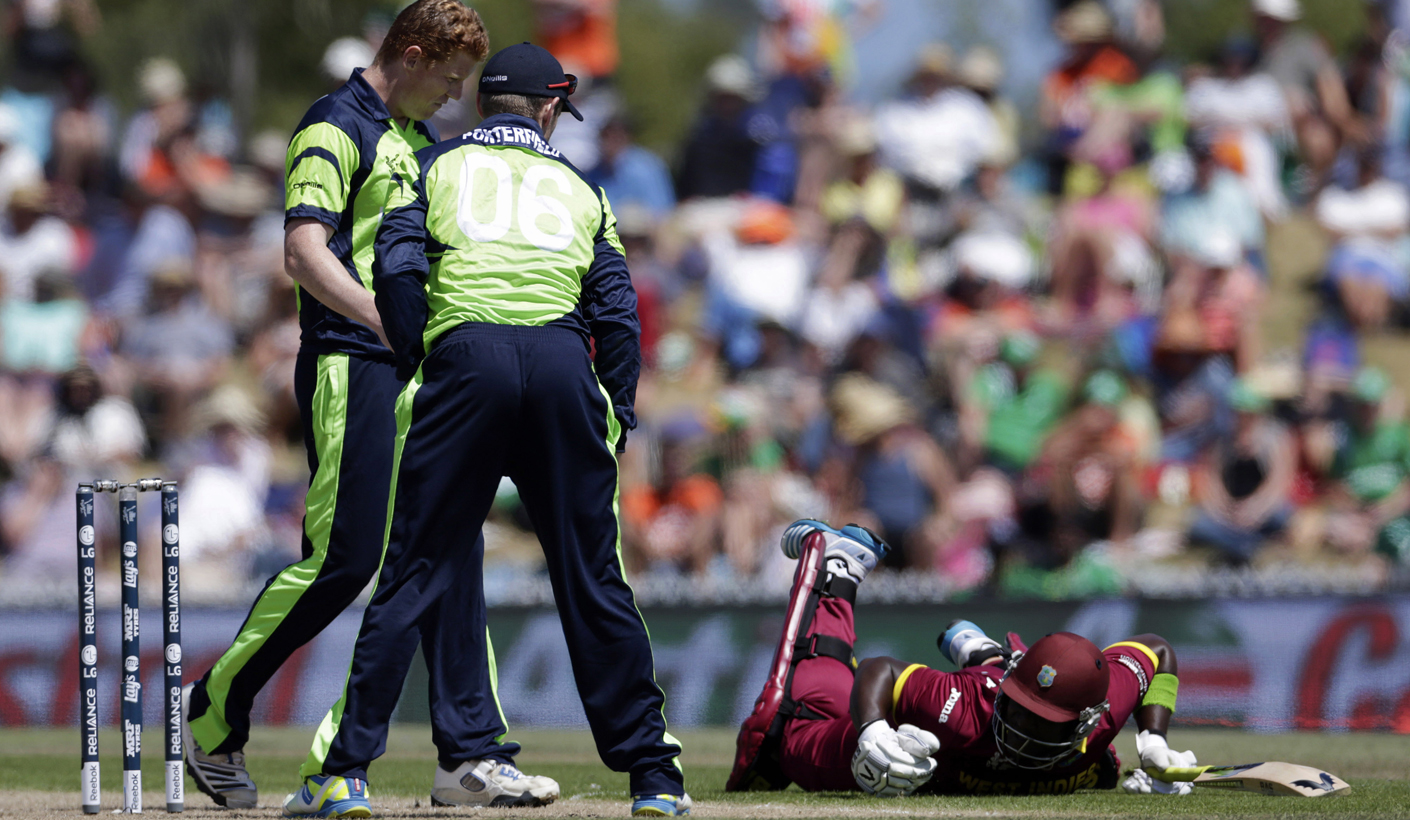 Ireland beat the Windies by four wickets in their World Cup opener earlier this week. It was another memorable win for a team which has chased 300-plus on three occasions in a World Cup. But if the ICC have their way, you might not get to see Ireland at a World Cup again. By ANTOINETTE MULLER.

“You don’t see any other sport cutting teams in their top competitions. You’re taking away opportunities for a lot of nations to get to World Cups and get to where they want to be, and develop the sport in their country through publicity and everything, so it is frustrating.”

The above quote could have come from anyone in the non-Test playing teams in World Cricket, but it is ever-more poignant since it came from Ireland captain William Porterfield, on the day they beat West Indies in their World Cup opener. On paper and in betting markets, the result might have been seen as an “upset”, but in the greater scheme of things, it’s not.

Ireland do not see themselves as minnows; they see themselves as a team who can compete with the big boys and who want to. But they are not allowed to. So much so that they have played just nine ODIs against full members in the last four years. Just last month, Australia and England played five in the ODIs in the space of just 17 days. We’ll spare you the grisly details of how many matches the full members have played against each other over the last four years.

You could tell by the hideously patronising tone from commentators Russel Arnold and Alan Wilkins just how little they know about the Irish team and how little they think of them. It was all about the “character” the Irish are showing and rarely ever about the hard work they have done despite being given very little to work with. Thank God for Mike Atherton, who showed some sense when he declared that it’s hard to say whether the result was, in fact, an upset.

That Ireland have now been involved in three 300-plus chases in World Cups (twice against Test-playing nations) speaks volumes of their progress. They have come a long way since making their World Cup debut back in 2007. They are made up out of a professional squad who are, remarkably, almost all from Ireland. Unlike Scotland, they have focused their efforts on developing local talent, that which is not poached by other countries, of course, in a concentrated effort to eventually earn Test status. Bar a late wobble, their chase against West Indies was an all-rounder effort and the only thing they seem to be lacking is a genuine pace bowler. They have one, of course – his name is Boyd Rankin – but he has been poached by England. Little has been done by the powers that be to try and protect Ireland from losing their assets and with the way things are going, nothing will be done.

Test cricket and World Cups are the pinnacle for players of all nations, which is why it’s no wonder that so many of Ireland’s players defect to England. With no clear pathway to Test cricket and the Cricket World Cup shrinking (there will be just 10 teams at the next edition), players have little to work towards once they hit the glass ceiling of the making the national team.

The next World Cup, played in England in 2019, will once again allow automatic qualification for the full members, with the top seven ranked teams (as on 30 September 2017, in the ICC rankings, comprising of the ten full members as well as Ireland and Afghanistan), as well as hosts England, will gain automatic entry. The two remaining spots will be decided by a “World Cup qualifier” which will be played in Bangladesh and played between teams ranked nine through 12 (in the full-member ranking list) and top six teams from the World Cricket League Division 1.

It is nothing short of a disgrace and an insult to the rest of the world that cricket’s big boys club can see no further than its nose is long. The overwhelmingly self-serving bile spewed by those in charge is sickening. In an ever-expanding global village, it is ironic that cricket’s overlords are so content with shrinking the sport.

Ireland’s win could not have come at a better time. With more noise than ever being made around the role of associates and affiliates, if they can continue to march on in the World Cup and, perhaps, even topple a few more of the big boys, it will go a long way towards sticking two fingers up at the powers that be. That modest rebellion might not change anything in the near future, but it will serve as a reminder that results and hard work should bring rewards and promotion. If there is no reward at the end of the road, the interest of those who have worked so hard will stagnate and, eventually, the sport will die.

The ICC’s latest buzzword is “meritocracy”, but they continue to ignore the hard work of those with the most limited of resources. Cricket, governed in its current state, cannot lay claim to being a global sport. Ireland’s run in this tournament might not break any new ground, but it will serve to highlight the cause of those the ICC continue to ostracise. DM